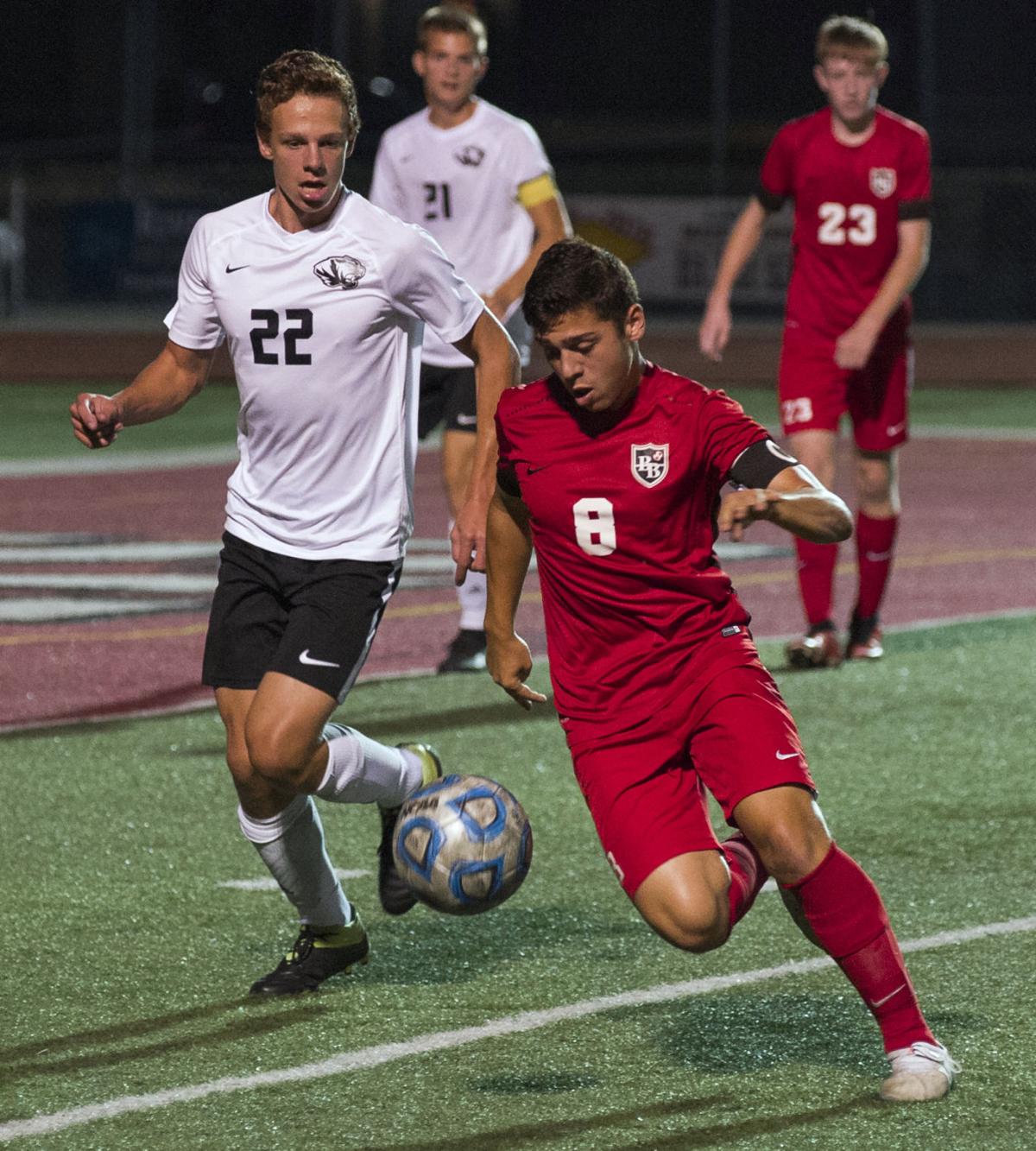 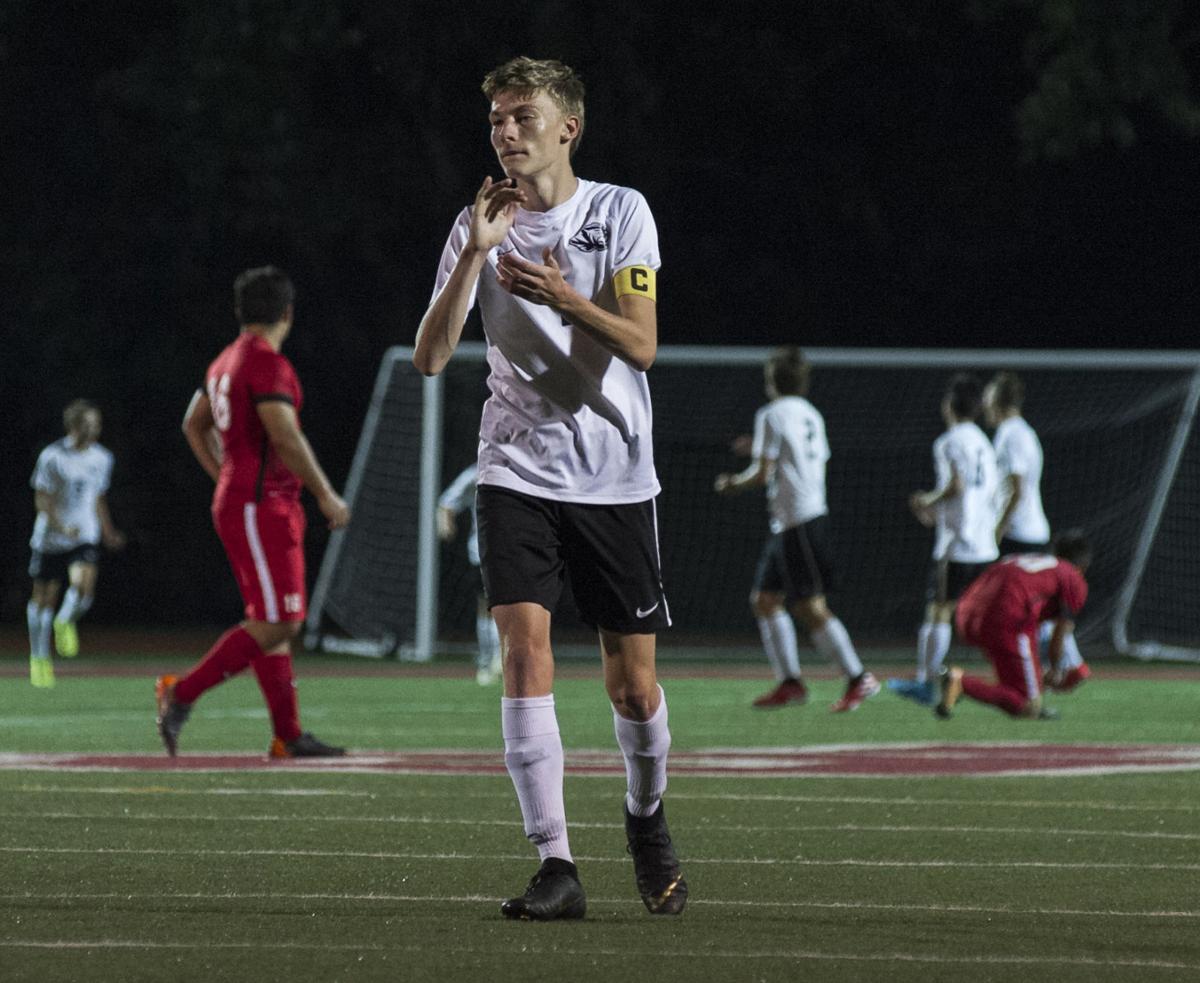 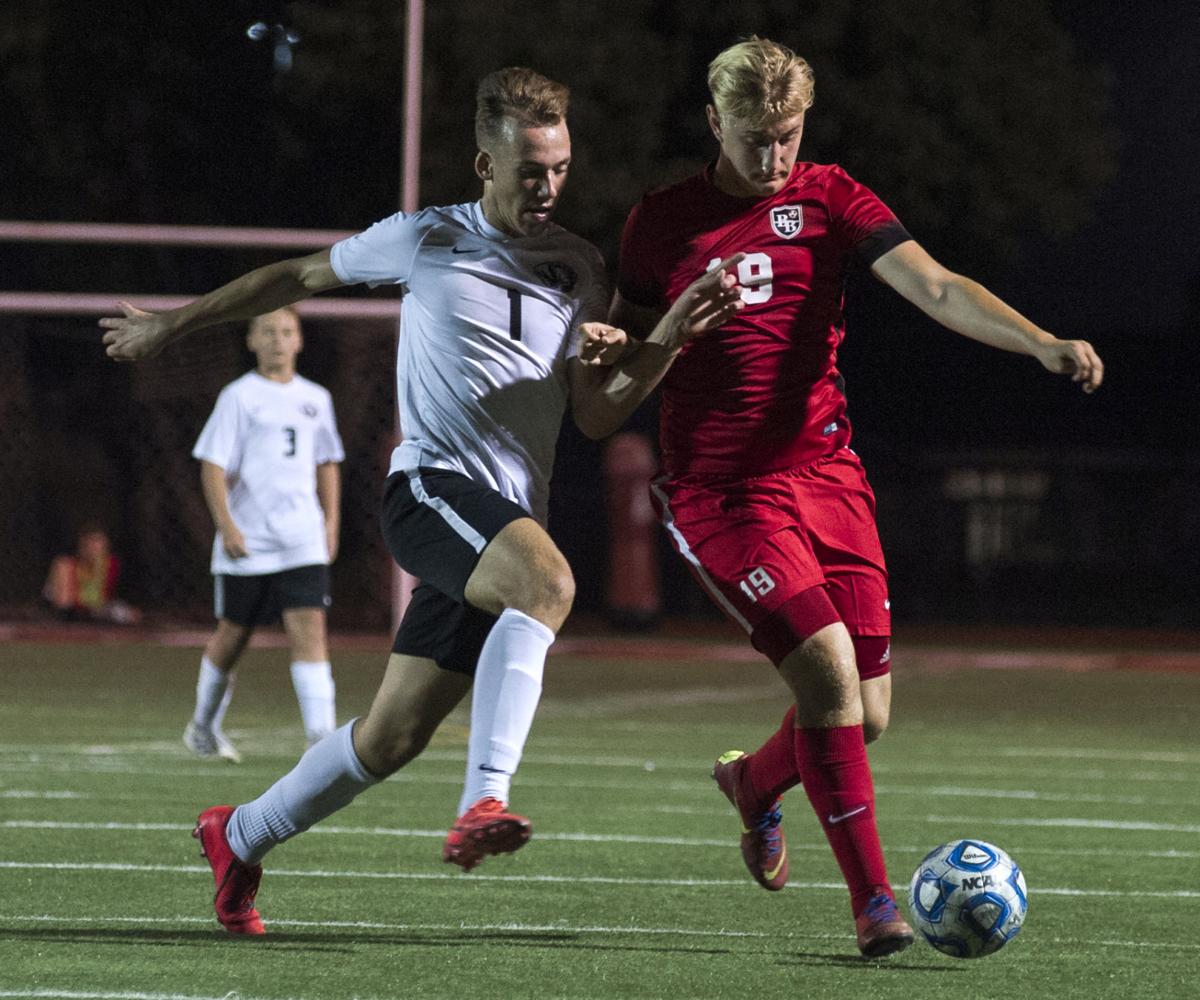 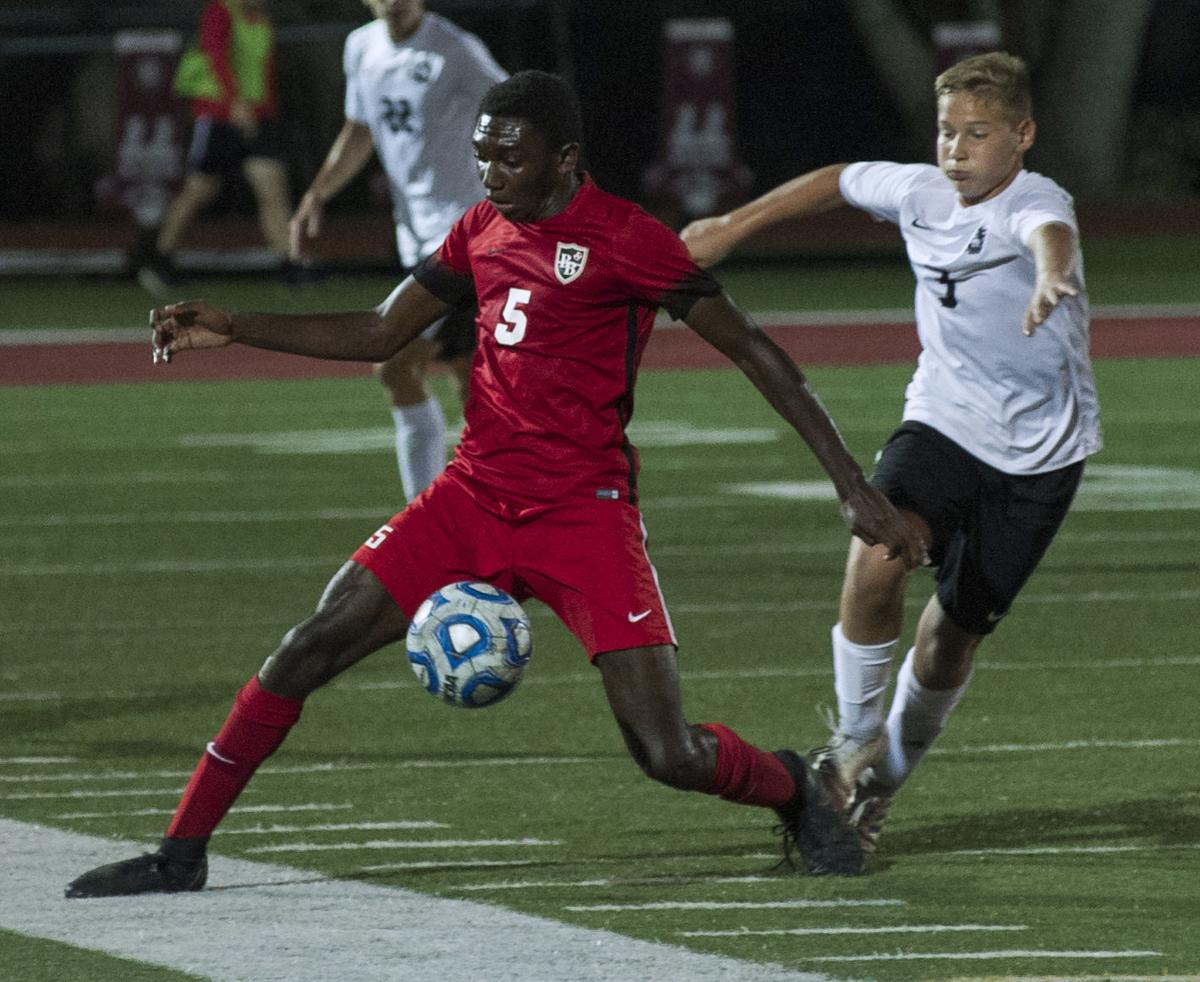 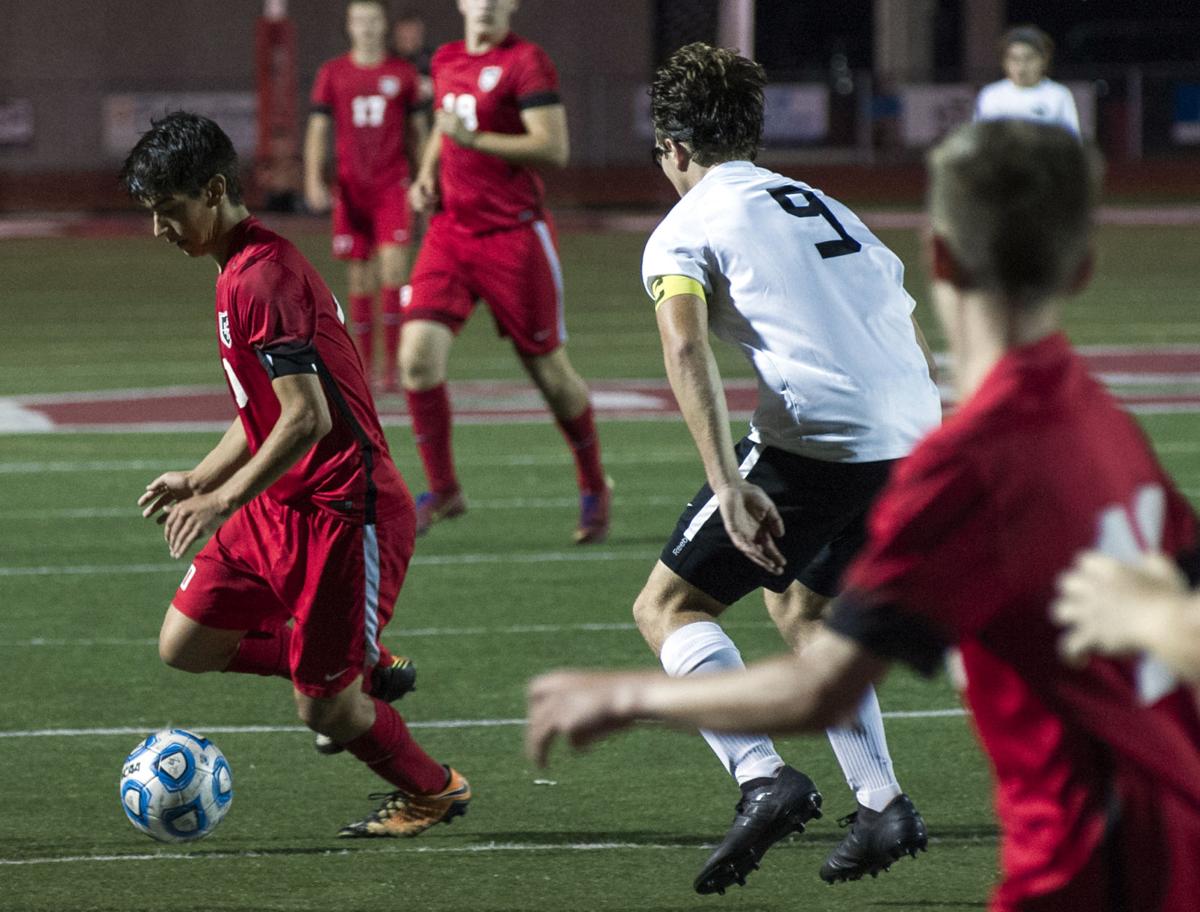 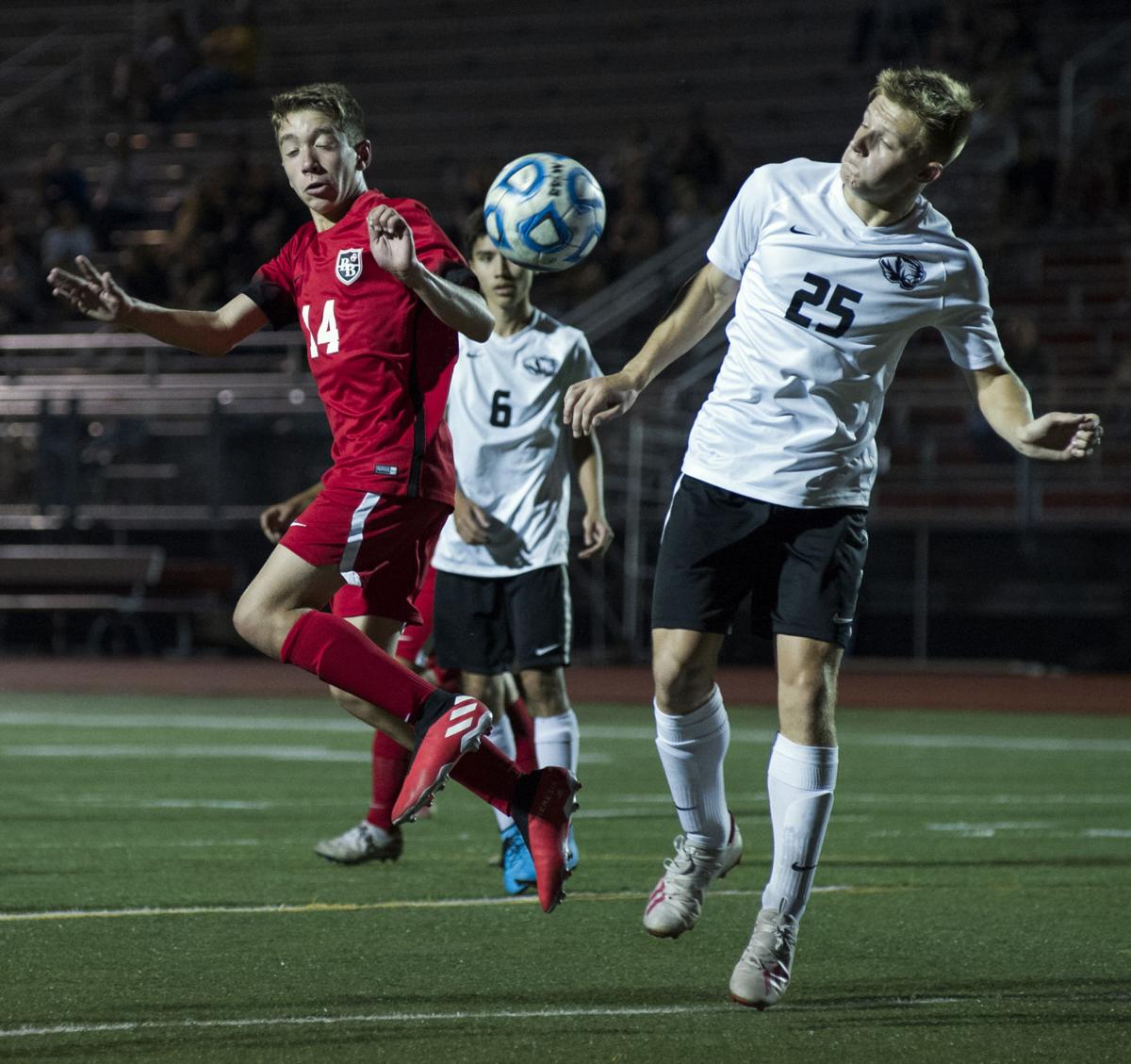 Herscher held its ground for the overwhelming majority of its David-versus-Goliath matchup on the road against the Boilermakers on Monday.

The Tigers led for just more than half of their matchup with the area's only Class 3A school, sporting a one-goal advantage against the Boilers for about 41 minutes. In the end, however, Bradley-Bourbonnais pulled through on a clutch, go-ahead goal from Tyler Schiltz with three-and-a-half minutes left in regulation that locked up a 3-2 win against Herscher.

"That was the best game we've played so far this year. We scheduled [Bradley-Bourbonnais] late this year because we knew we were going to need a tune-up here going into the stretch run," Herscher coach Alan High said. "It was great to see us come out and not just attempt to compete but to take it right to them.

"We were winning twice. I've tied them a couple of times, but I've never beaten Bradley as a coach. I told the boys I wanted to just go out, go for broke and have at it," he added. "That's what they did. I couldn't be prouder of them right now. I'm so excited for the rest of the season and the postseason run we're about to go on. Things are coming together."

Herscher did an excellent job of containing the Boilermakers' dangerous offensive attack, thanks to a particularly impressive outing from keeper Jack Holohan and the Tigers' defenders.

With one major exception, that is. Holohan and company had no real answer for Boilers captain Peter Sorich, who came through with both of B-B's game-tying goals and almost singlehandedly kept his sluggish squad in contention long enough for Schiltz to deliver the coup de grace in the final minutes.

"We could have been better. We didn't have our usual energy today, and I'm the captain; I'm the leader, and it's my job to make these guys work hard and be the motivator," Sorich said. "We had more energy, made the right passes and got moving on and off the ball, but it took too long to get going. Our pre-game warmups need to see more talking about things before hand rather than trying to do it mid-game."

The Tigers took their first lead of the evening with 10 minutes left in the first half on Colton Fowler's first career goal at the varsity level and took that lead into halftime, but the Boilers answered back quickly after the intermission. Sorich scored the first of his two goals just more than a minute into the second half, but it only took Herscher's Jace Martin one minute and 12 seconds to recapture the lead with a goal of his own.

Sorich then knotted things back up, this time at 2-2, with 28:16 left in regulation with a strong goal in the top-right corner of the net. The tie held for 25 minutes until Schultz finished off the nail-biter for B-B.

"If this is was something we needed to get out of our system, I'm glad it happened here and now," Boilers coach Rohan Robinson said. "We didn't play anything like ourselves tonight. Nothing at all. It was sheer hard work that kept us in the game at all.

"Petey has been a four-year starter, and he's showing the rest of the kids what it's like to play at this level and the sheer determination that it takes," he added. "We were down one and kept playing, then down one again, and he kept us playing. He didn't lose control, he kept us in the game and that's what he does. That's the kind of leadership he brings to the game and that he brings for his teammates."