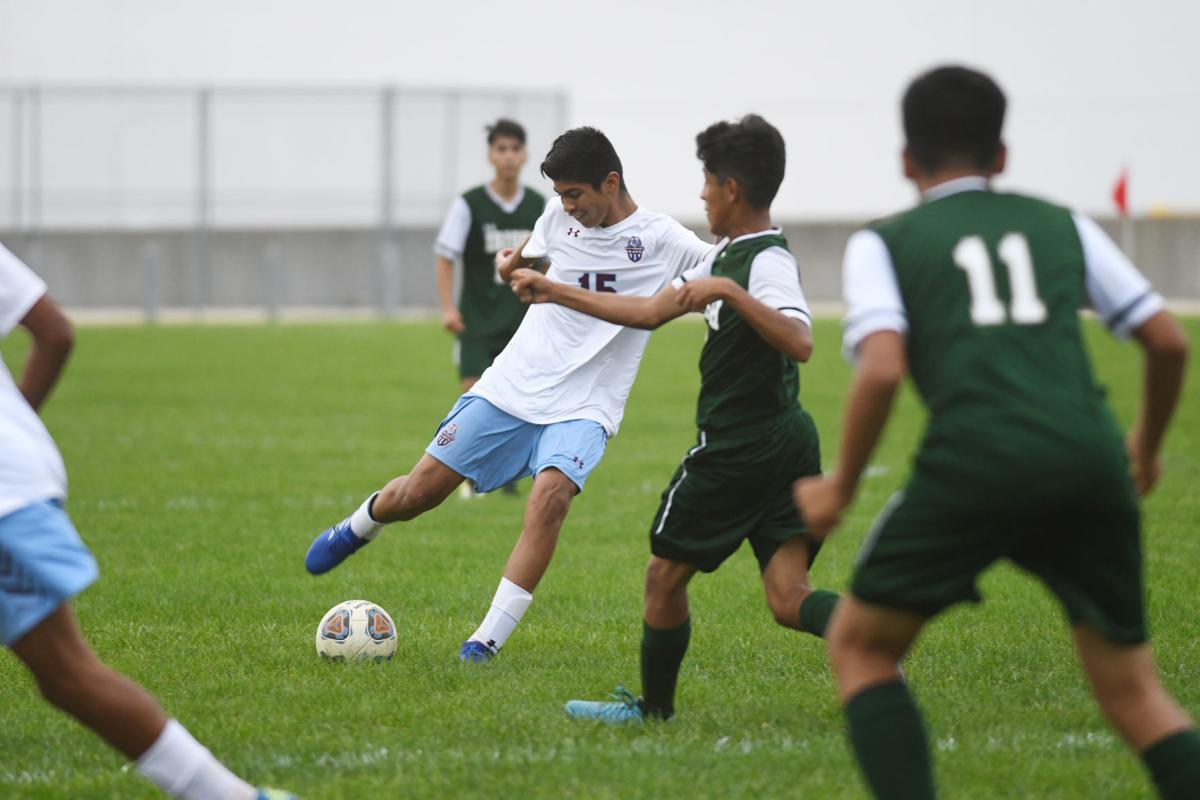 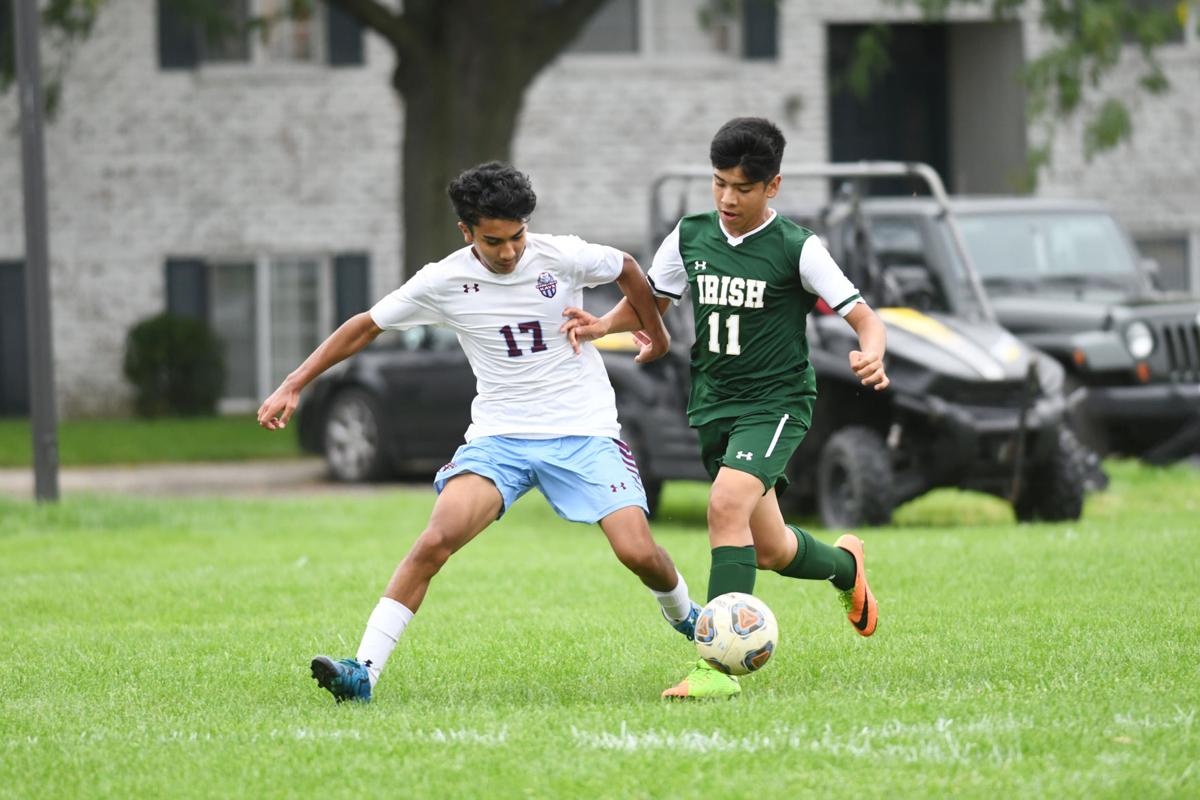 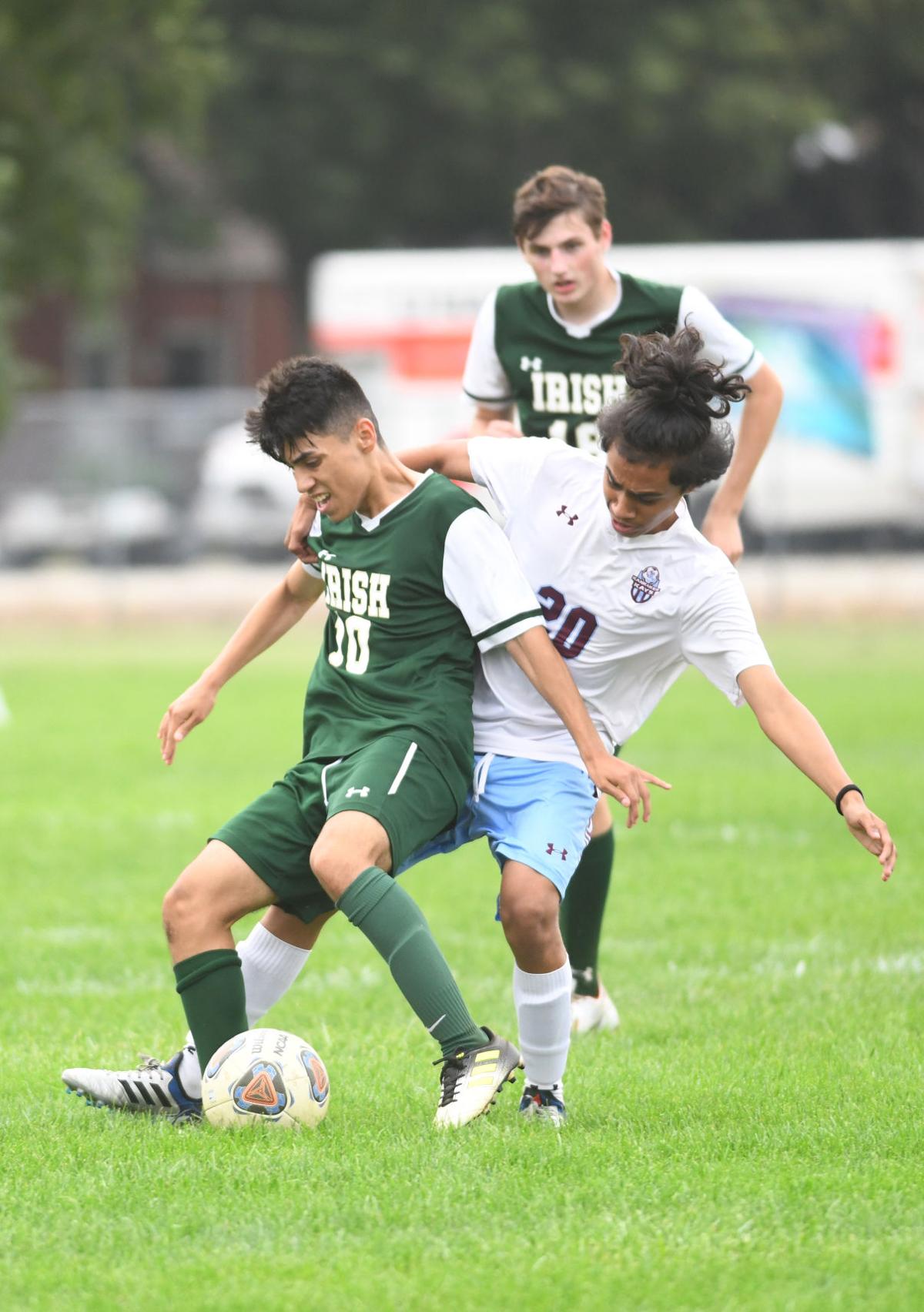 KANKAKEE — After a slow start to Thursday’s All-City contest at Bishop McNamara, Kankakee scored three goals in the second half to put up a 4-0 victory against the Irish, thanks, in large part, to sophomore midfielder Ulises Andrade’s two goals and one assist.

The Irish were the aggressor in the game’s first 25 minutes and kept the Kays on their toes early. Bishop McNamara had several scoring opportunities in the first few minutes but was unable to find the back of the night, thanks to some clutch saves from Kankakee goalkeeper Christopher Groesbeck.

The better passing and ball possession resulted in the Kays finding the back of the net 28 minutes into the first half to put Kankakee up 1-0 on freshman Chris Garcia’s goal. Andrade picked up an assist on the goal.

“I was on the right side of the field and got a good touch from Ulises,” Garcia said. “I saw an opening and placed the ball in the top left corner for the goal.”

The game remained scoreless for the rest of the half and the first 20 minutes of the second half. That’s when Andrade crashed the net on the left side of the field and added a goal to extend Kankakee’s lead to 2-0.

Minutes later, Israel Chaca buried another goal to stretch the game to 3-0.

“We started from the back and played it around,” Chaca said. “My boy [Andrade] got a touch in the center, and then the ball bounced to me, and I just kicked it. I didn’t think it was going in, but thankfully it did.”

Andrade scored once more in the game’s final minutes to make the final score.

“My second goal, I had a lot of open space to work with,” Andrade said. “I just had to kick it passed the keeper.”

Groesbeck recorded his seventh shutout of the season in goal for the Kays.

“This is the most shutouts I’ve ever had in a season before,” Groesbeck said. “I can definitely see my improvements for last year. So, that’s really a plus.”

Kankakee coach Vincent Mkhwanazi said he was happy with the game’s result as his team approaches their home stretch of the season.

“We got the result we wanted tonight,” he said. “Right now, the question is can we maintain what we’re trying to become. But overall, we’re right where we need to be.”

For the Irish, coach Marty Ruberry said Wednesday had a familiar theme the Irish have seen during a grueling stretch of their season — running out of gas.

“We’re usually in games for about 50 or 60 minutes, and then our legs start to get tired,” Bishop McNamara coach Marty Ruberry said. “We only have 14 guys and have played a really tough schedule with the number of games we’ve played in the last two weeks.

“I compare it to a collegiate season because of the number of games in a short amount of time. But especially being such a young team, four or five games in a week is tough. We’re improving, but it’s a process.”

Both teams are back in action today on the road. The Irish will travel to Riverside-Brookfield at 5:30 p.m., and the Kays will be in Richton Park to take on Rich South at 6 p.m.