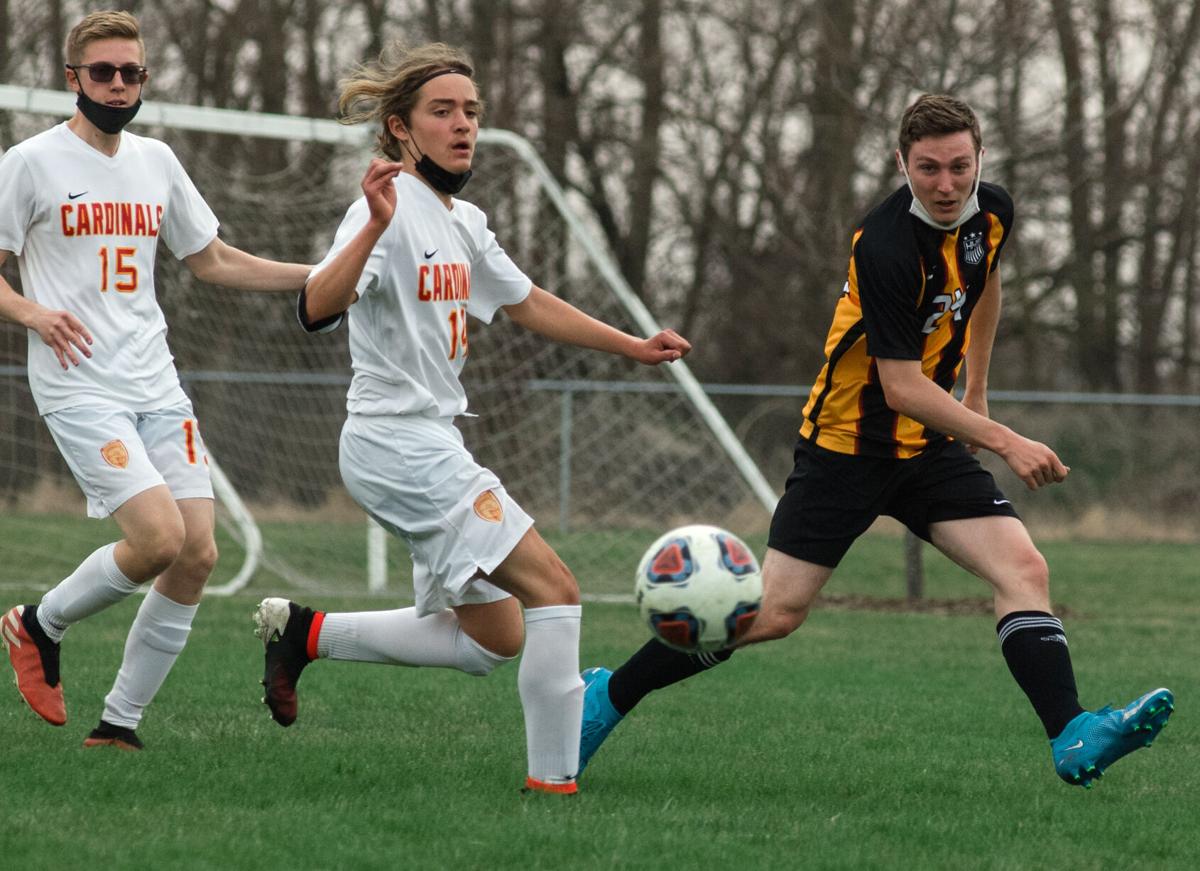 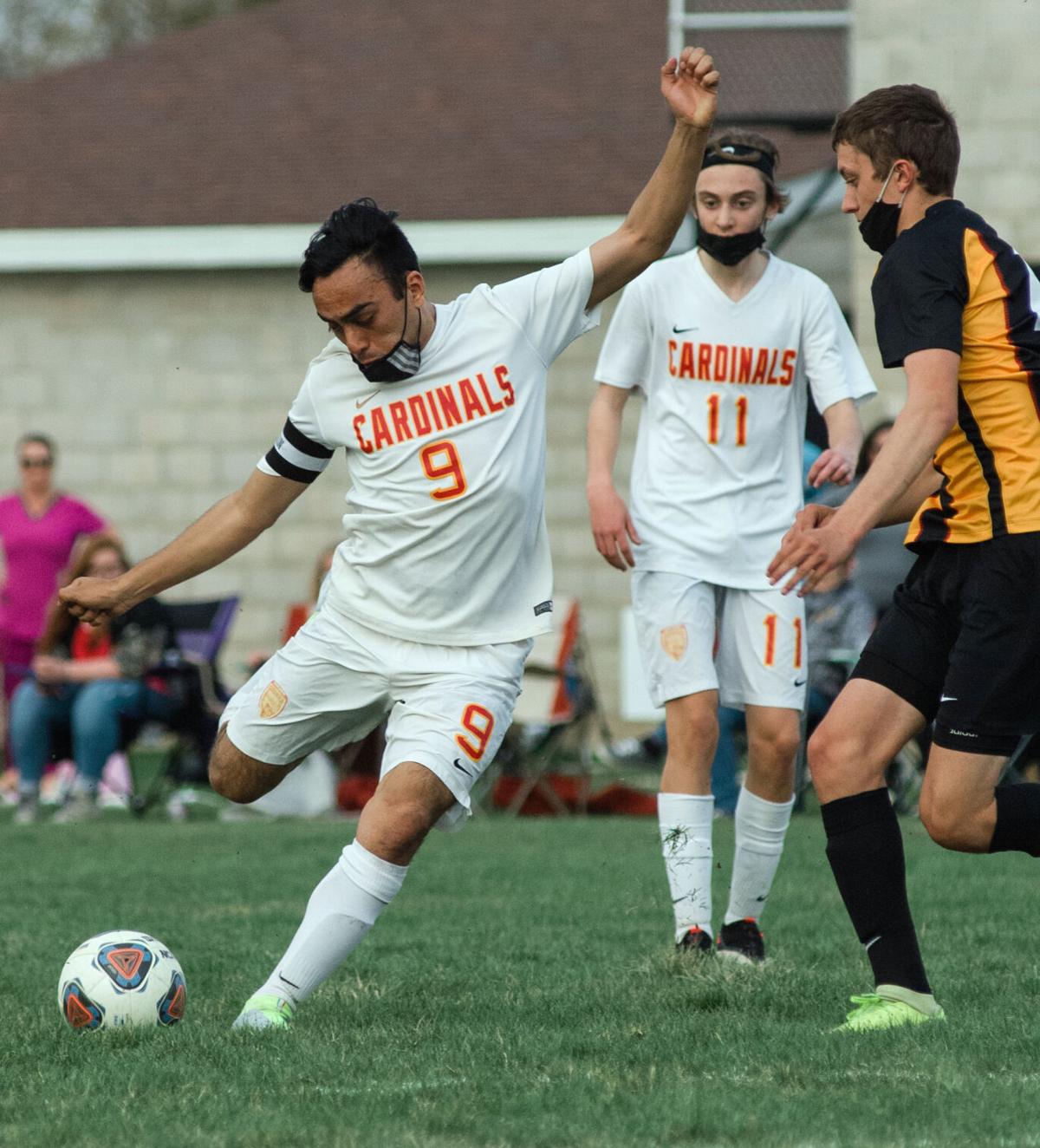 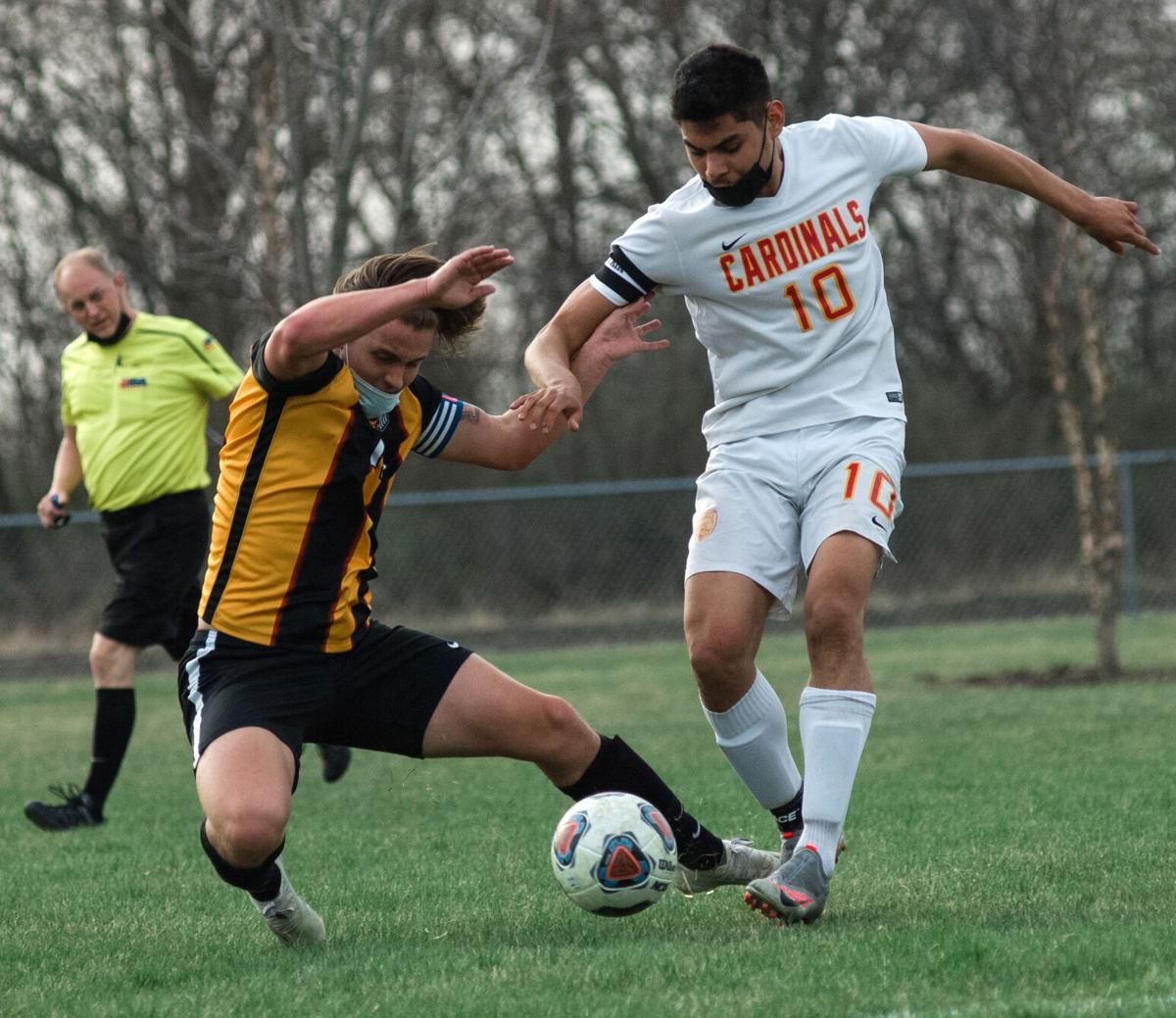 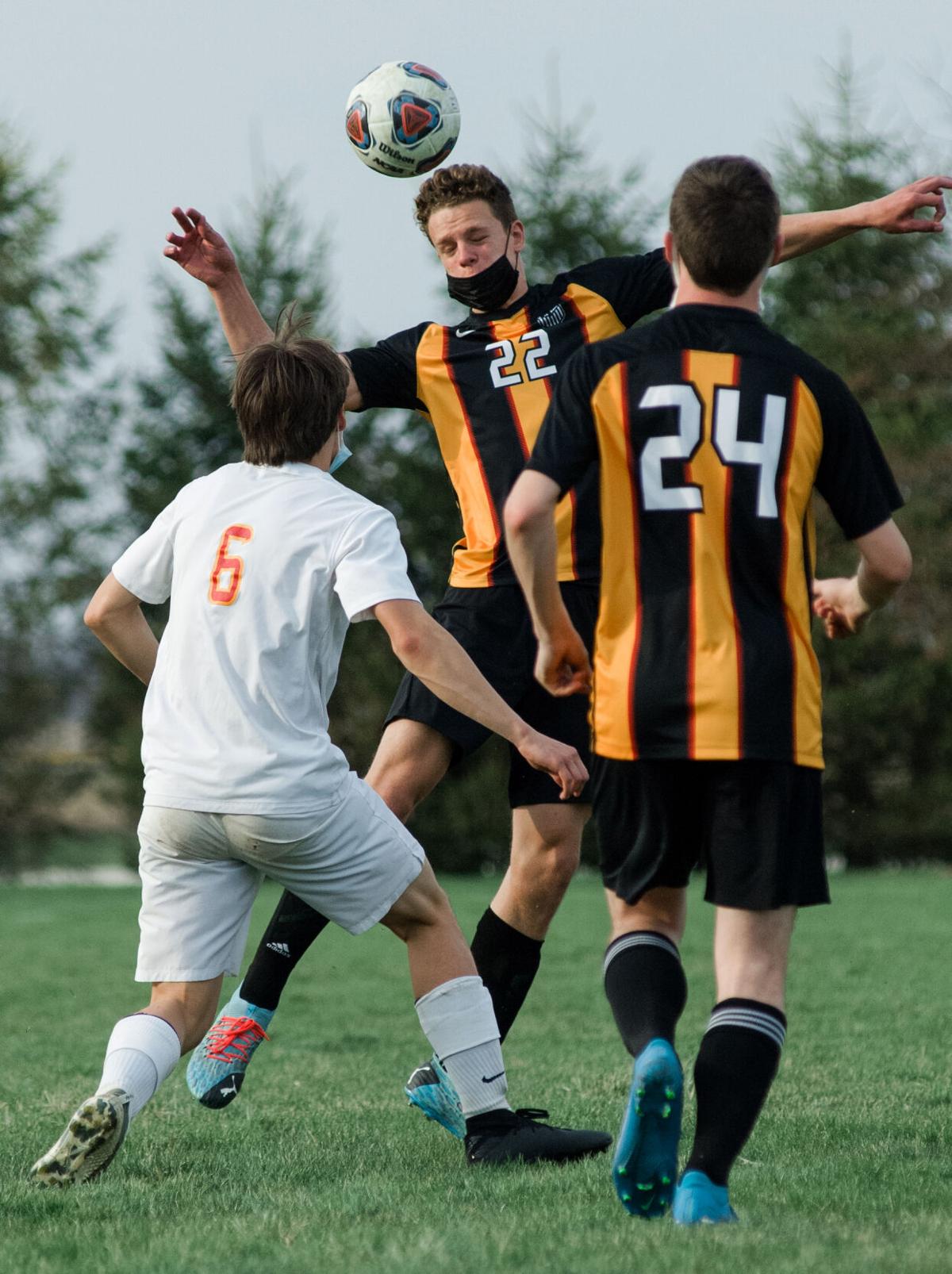 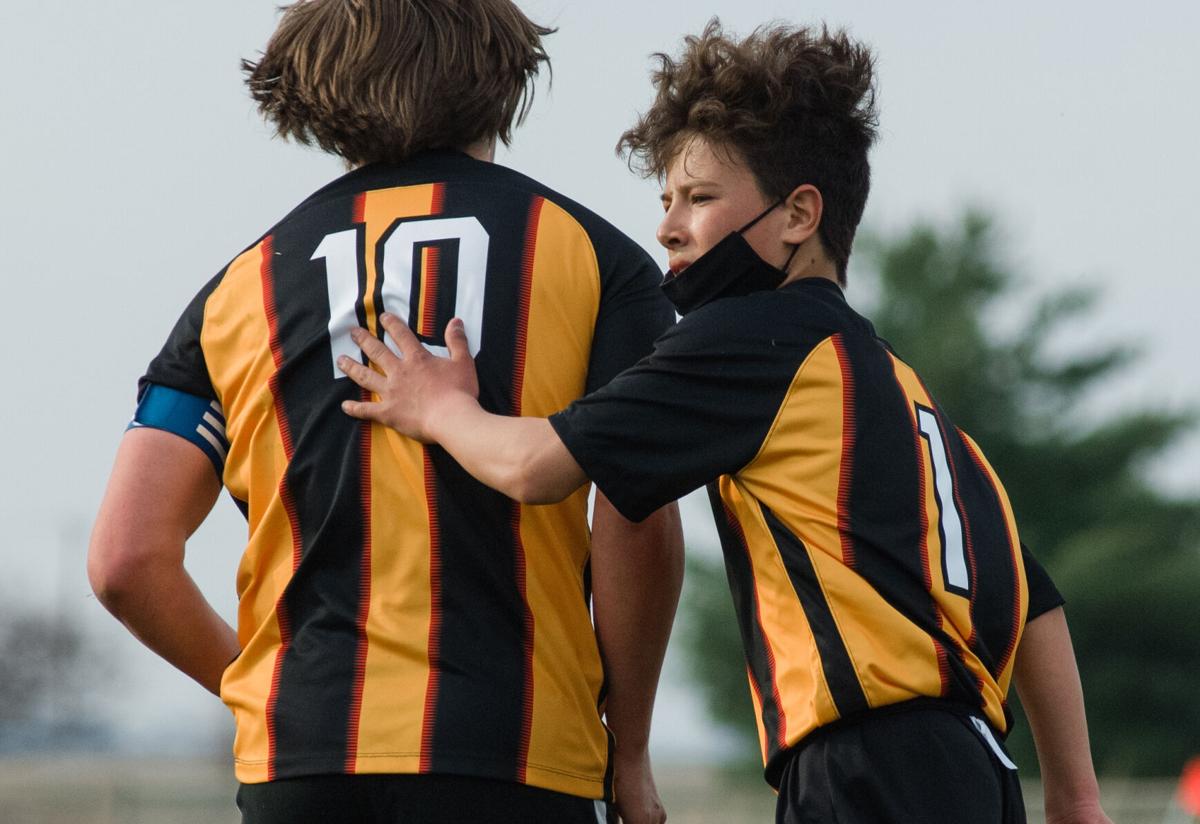 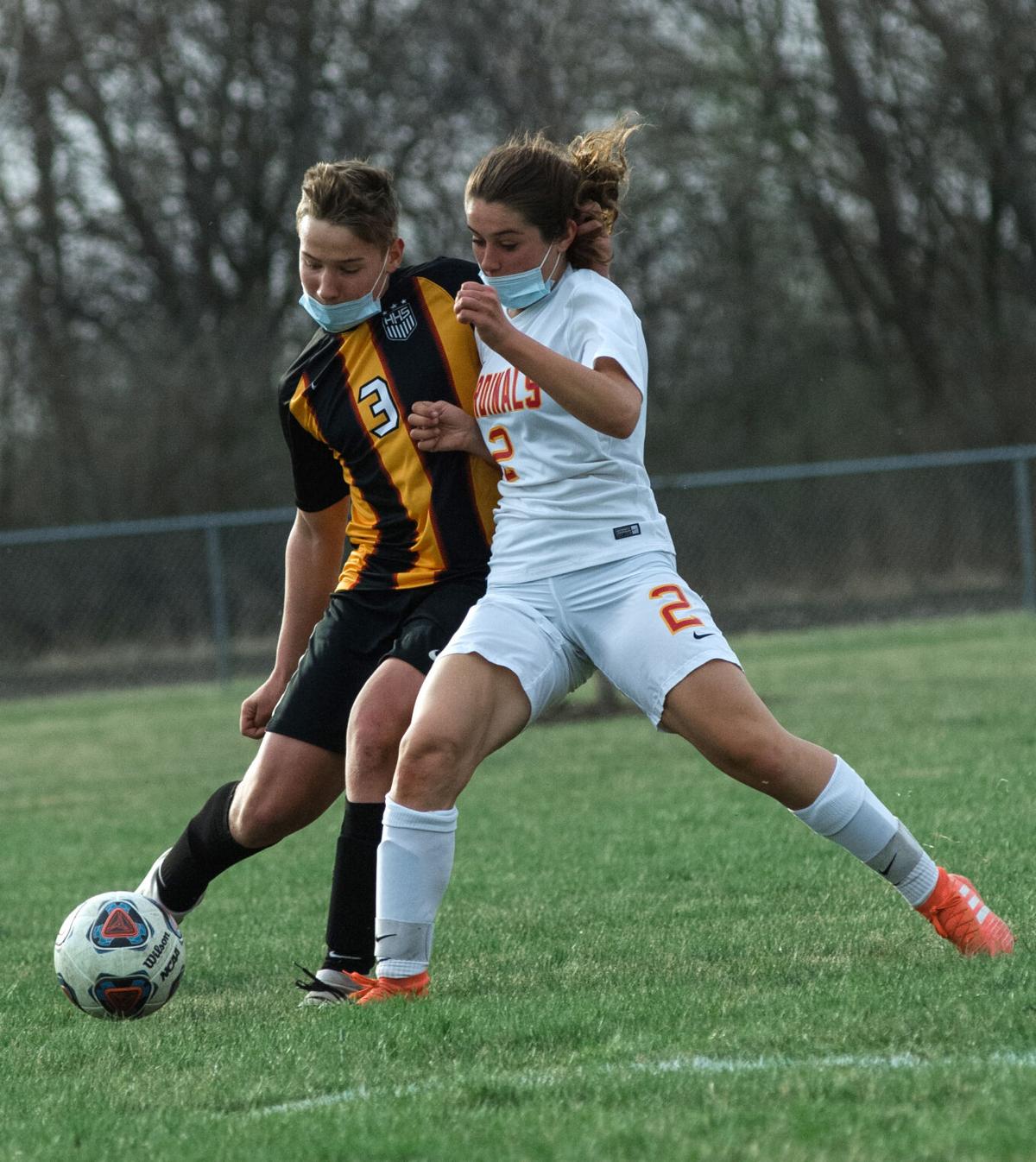 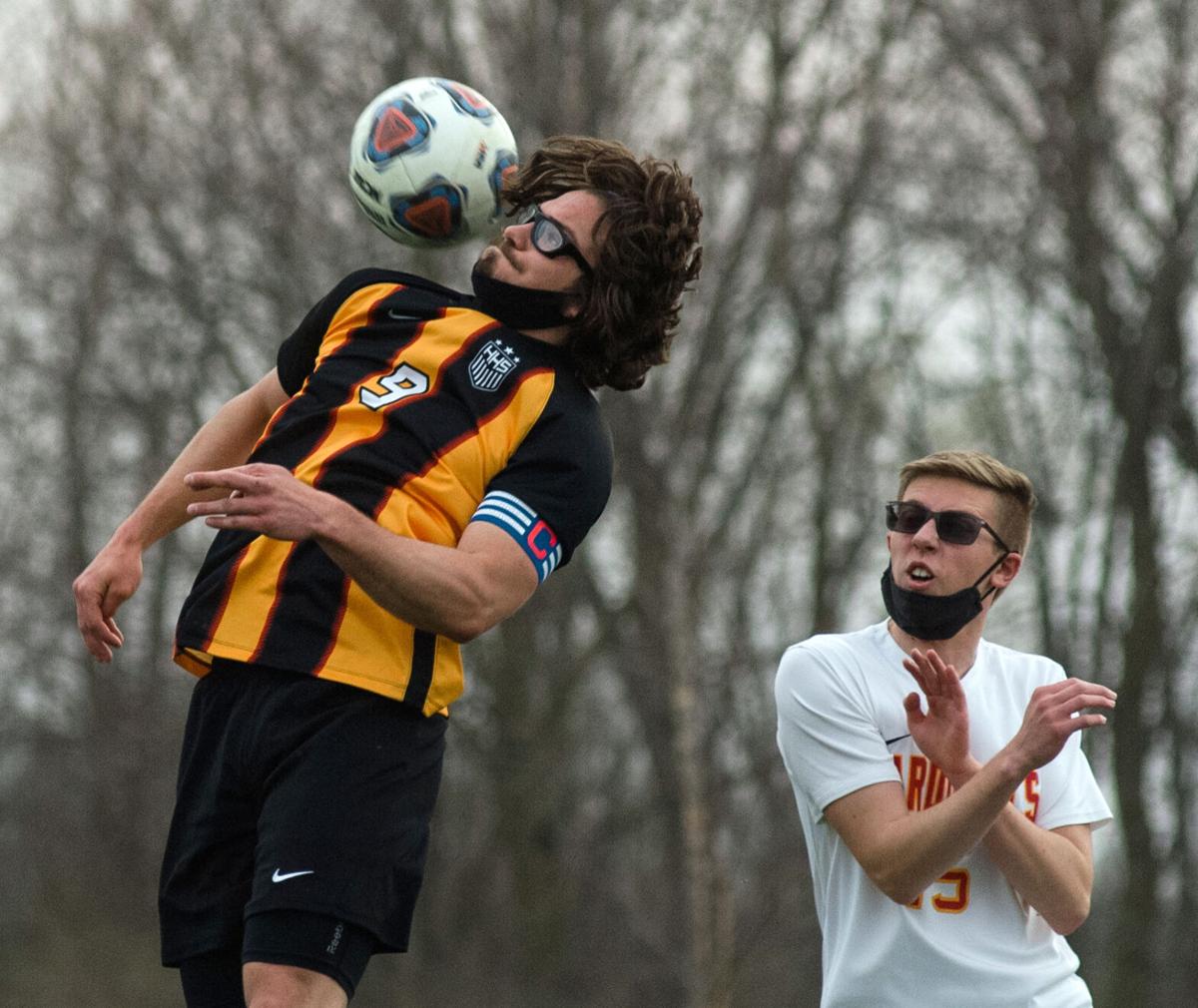 HERSCHER — The Herscher boys soccer program came into Monday night’s match against St. Anne as one of the area’s hottest teams as of late.

The Tigers entered their nonconference match against the Cardinals on a four-game win streak and left with a 3-1 victory after second-half goals by senior Bascom Jackson and junior Trey Schwarzkopf, which ultimately helped Herscher extend its win streak to five games and improve to 7-2 overall.

“I see the confidence in our team continuing to rise,” Jackson said. “We’re slowly getting more comfortable with each other as time goes on which is good to see and it will make things easier down the road when we face more difficult competition.”

Herscher got things started with an early goal by Evan Brown at the 9-minute mark to give the Tigers an early 1-0 lead. They held their slim lead for about 10 minutes until Raul Guerrero tied things up at 1-1 with an unassisted goal at the 17-minute mark.

“Guerrero is one of the best strikers in the area,” said Cardinals coach Andy Stembridge. “He’s scored in every game for us this season and everyone knows who he is so it makes his performances that much more impressive.”

Although the Tigers looked to control the time of possession for a majority of the first half, both squads finished the first 40 minutes of play with similar stats. Herscher totaled 10 shots and six shots on goal compared to St. Anne who totaled eight shots and five shots of goal.

“I think that’s a product of us getting tired and us being out of position by trying to do things on our own instead of playing team soccer,” Stembridge said. “The first half I thought we played team soccer and it showed by us getting a goal.”

Herscher broke the tie eight minutes into the second half after Jackson drilled a penalty kick in the right corner pocket just a minute after his teammate Schwarzkopf missed his very own penalty kick from the same spot.

“Coming into the penalty kick I knew it was a big one considering we just missed a penalty kick about five minutes earlier in the game,” Jackson said. “So I knew in order to get my team to get going I had to put in it the back of the net.

“When I approach penalty kicks I take my time, nice and slow, and I go with the fundamentals and make sure I put it in the corner and not down the middle.”

Holding a 2-1 lead midway through the second half the Tigers defense keyed even more on Guerrero, which Tigers coach Alan High said was the difference down the stretch.

Schwarzkopf put the finishing touches on the match by scoring the Tigers third goal at the 70-minute mark to make the score 3-1 before Herscher completed the second-half shutout to win by two.

Herscher will hit the road to face off against Coal City today at 4:30 p.m. meanwhile St. Anne will head to Beecher for a match against the Bobcats today at the same time.

The Tigers made it three wins in a row and nine in their last 10 contests with a 2-0 shutout at Peotone.