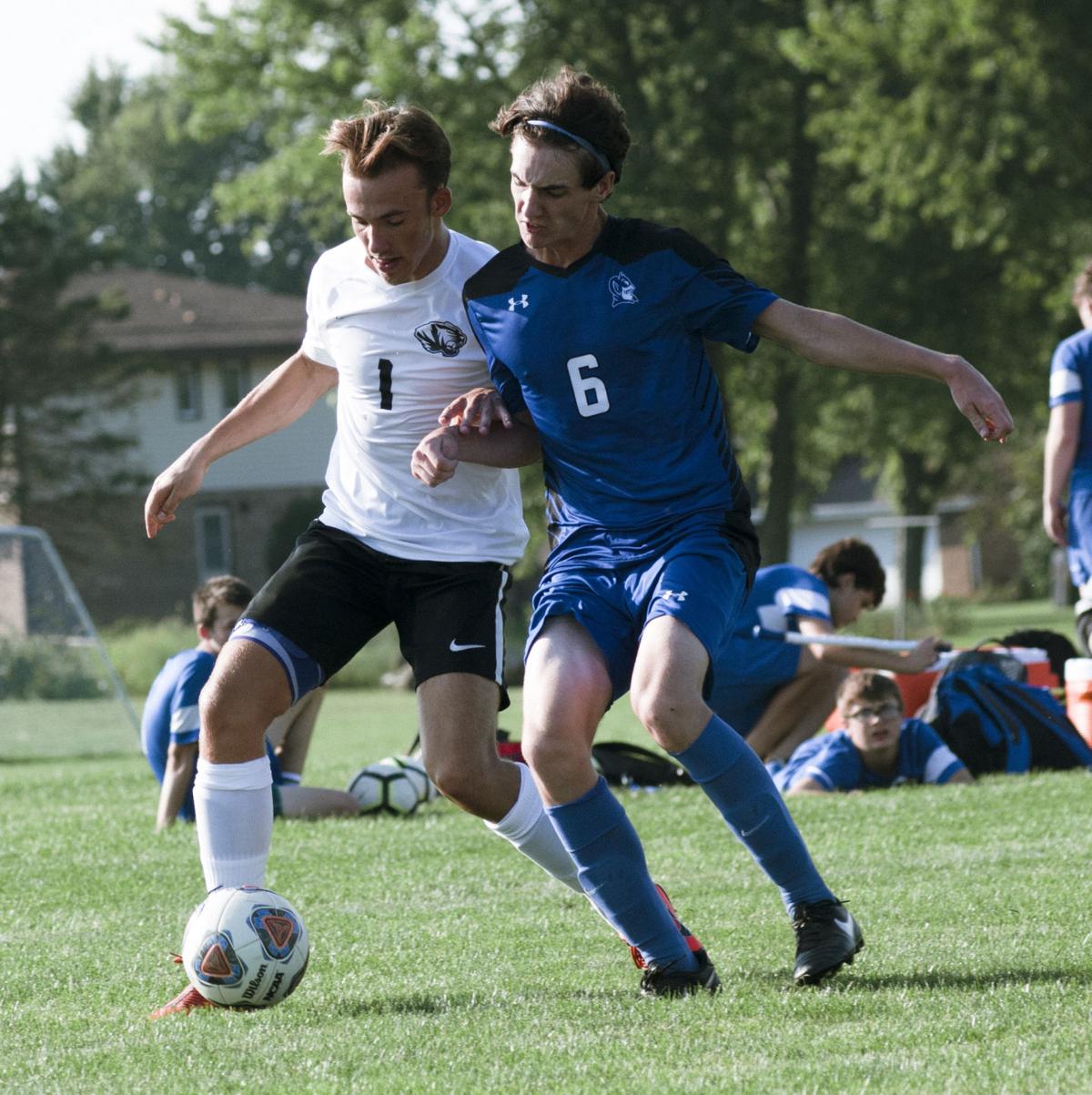 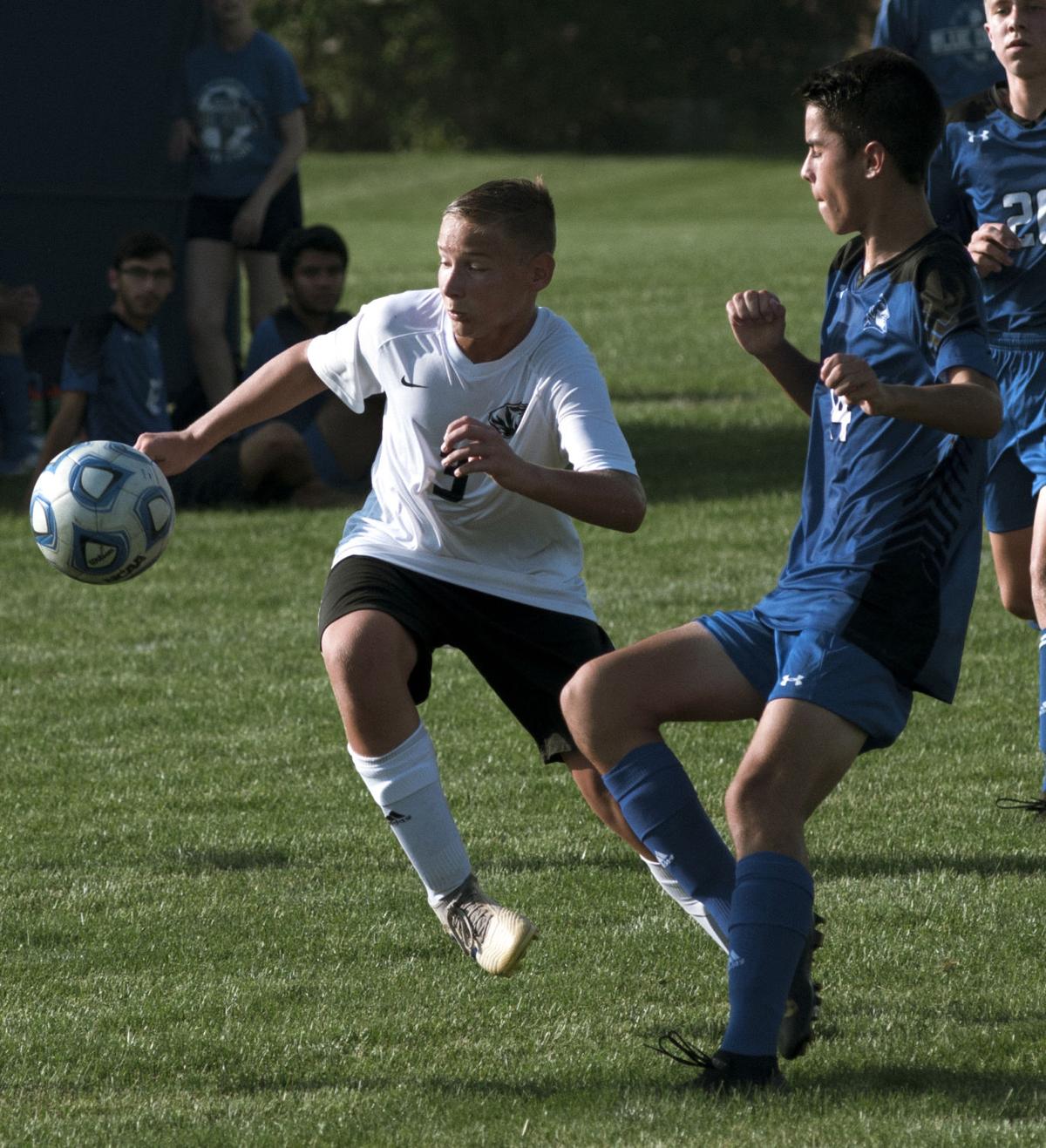 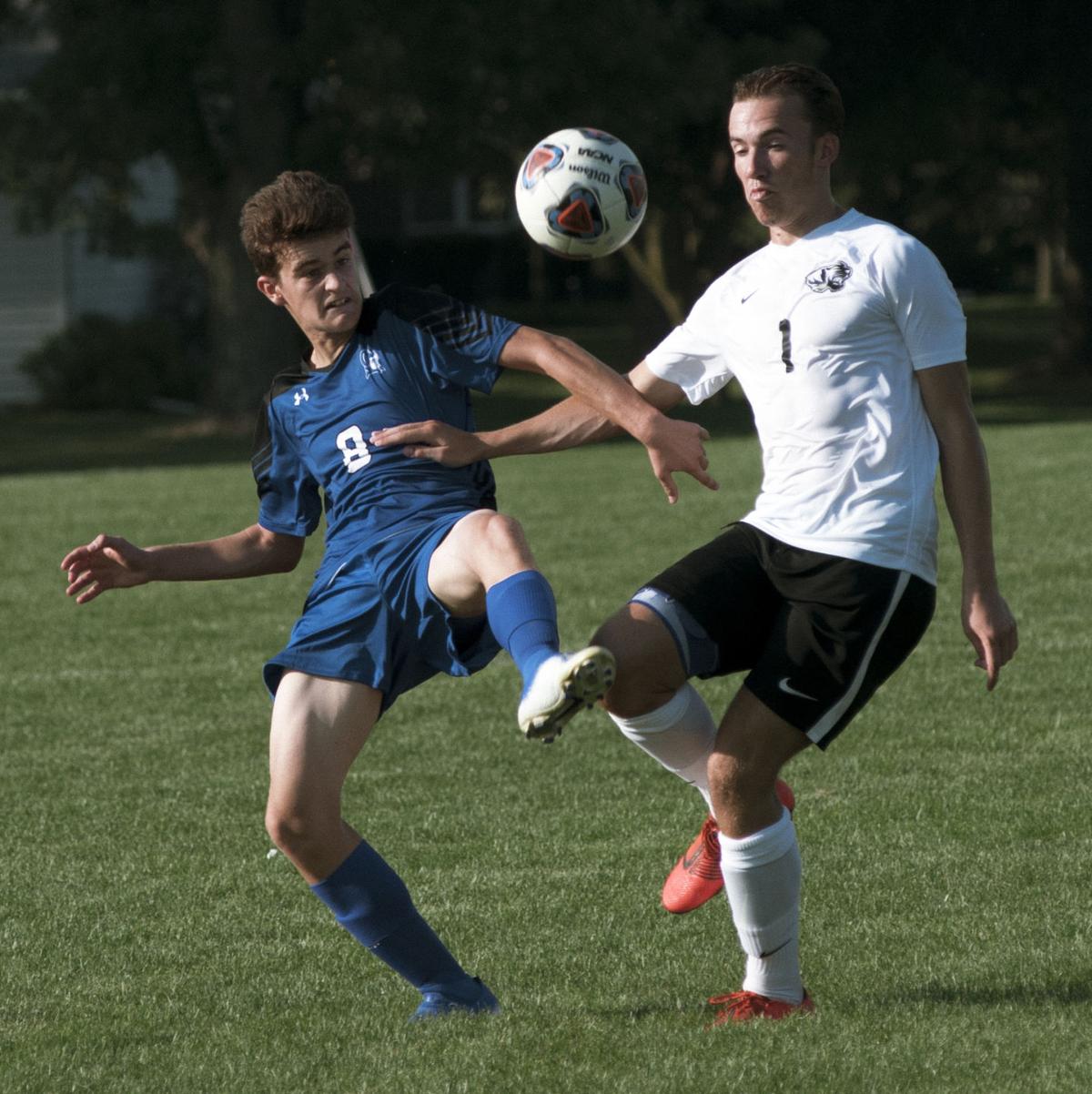 Peotone's Austin Coulter, left, and Herscher's Jacob Schultz vie for control of the ball during Thursday's game in Peotone. 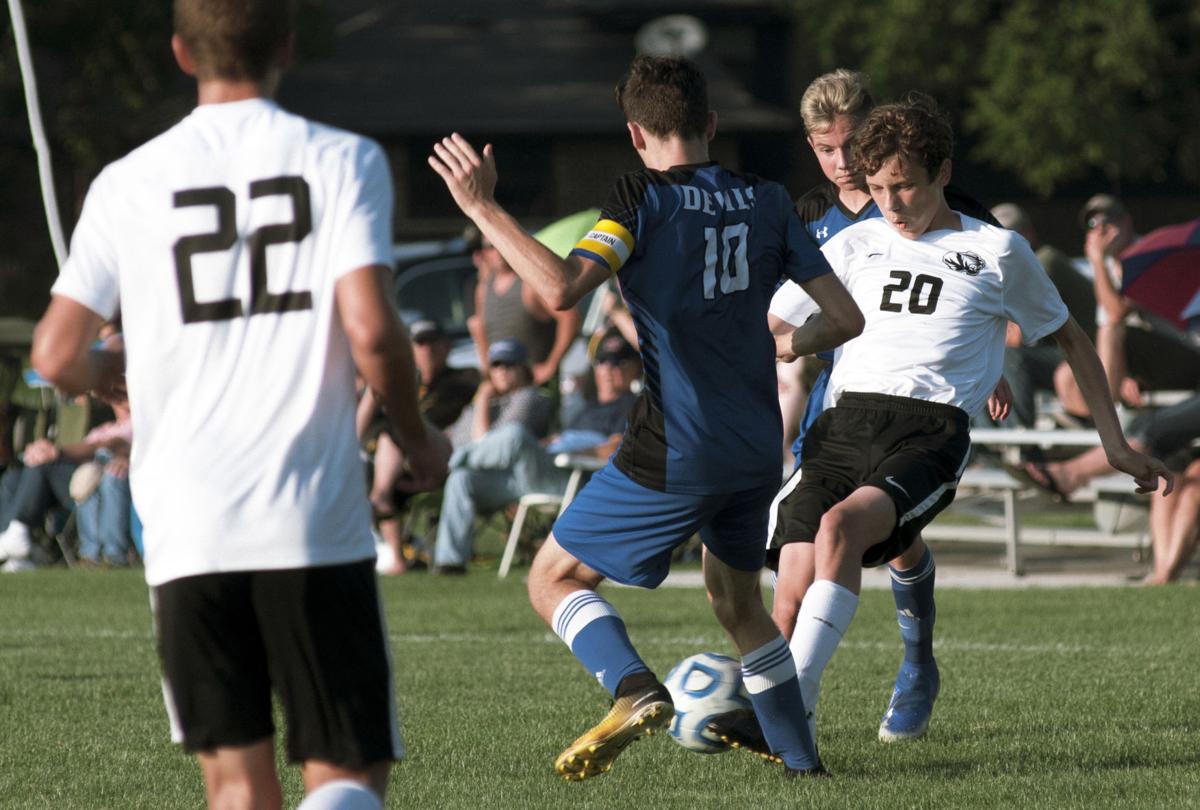 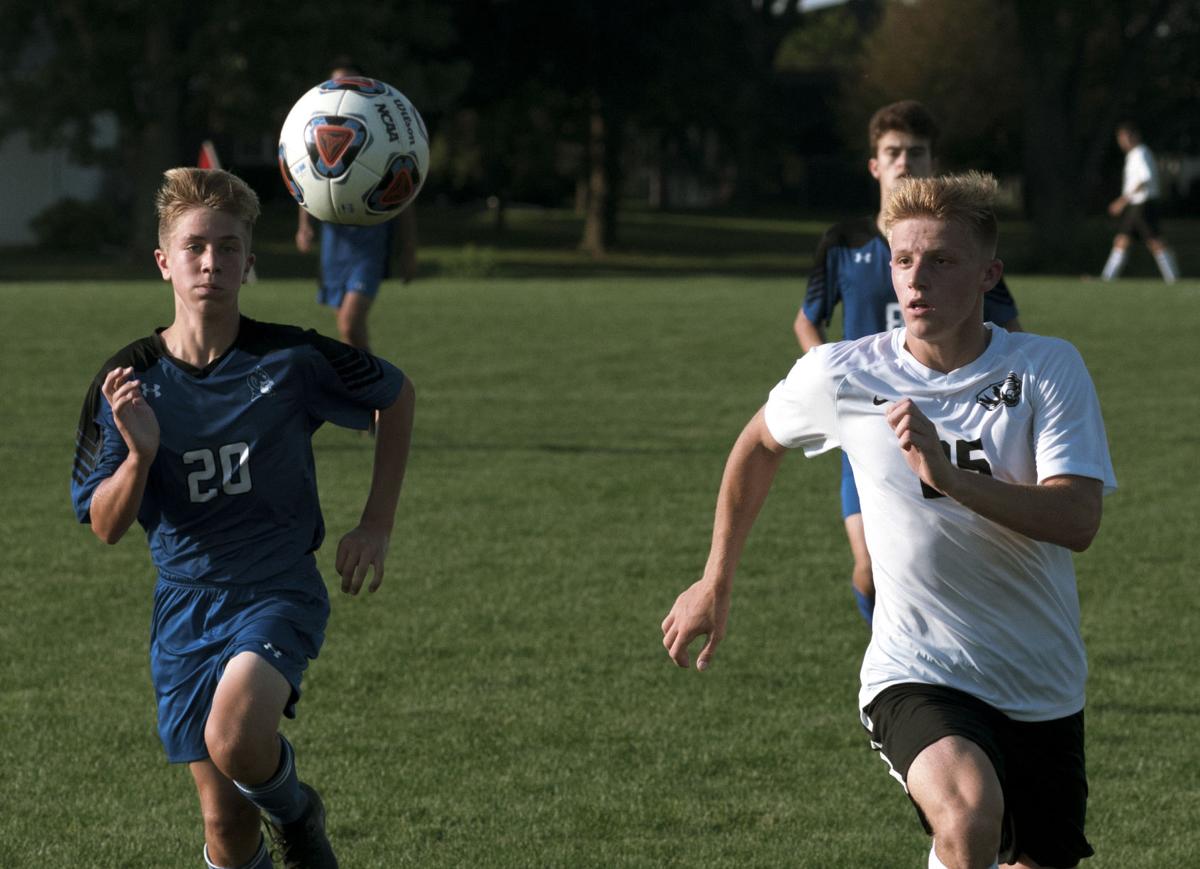 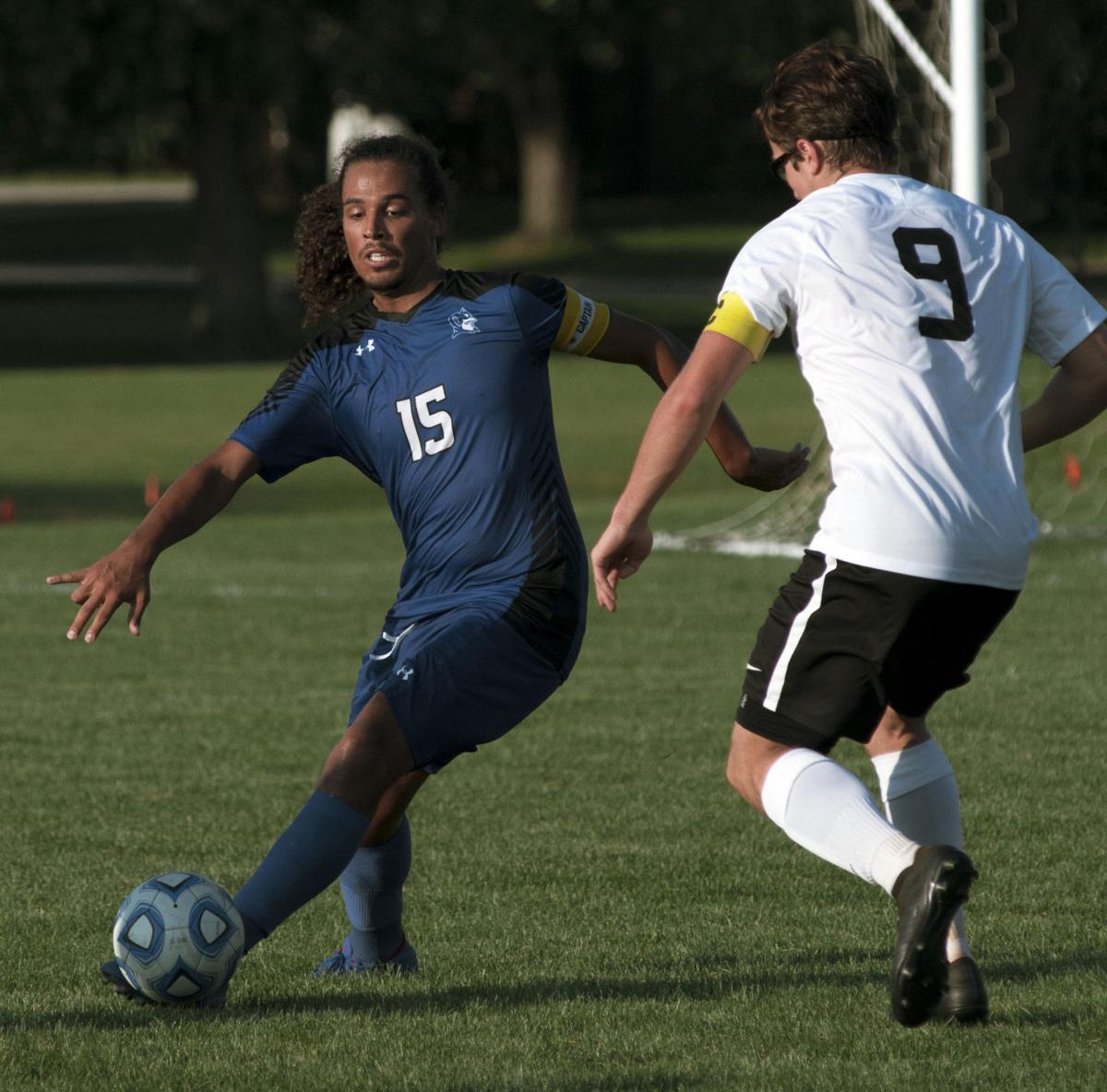 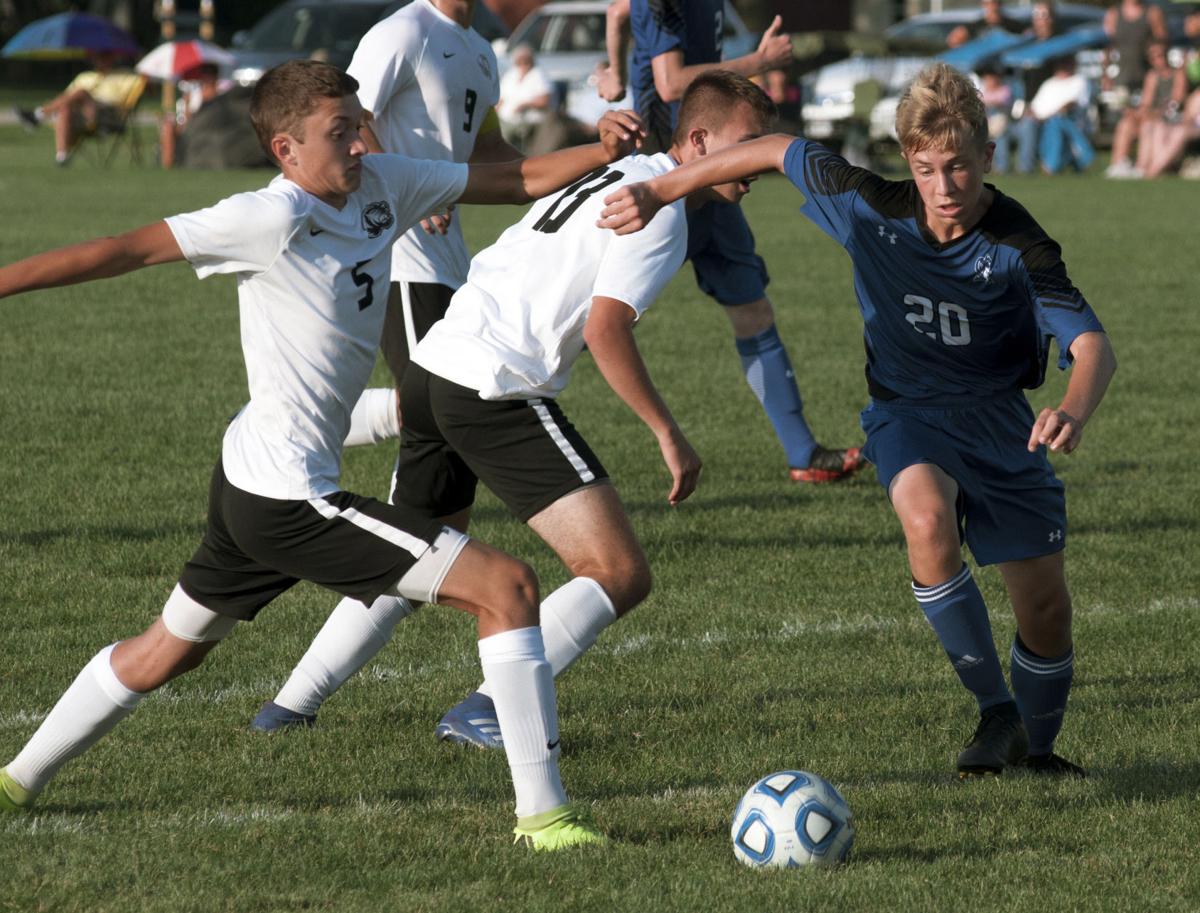 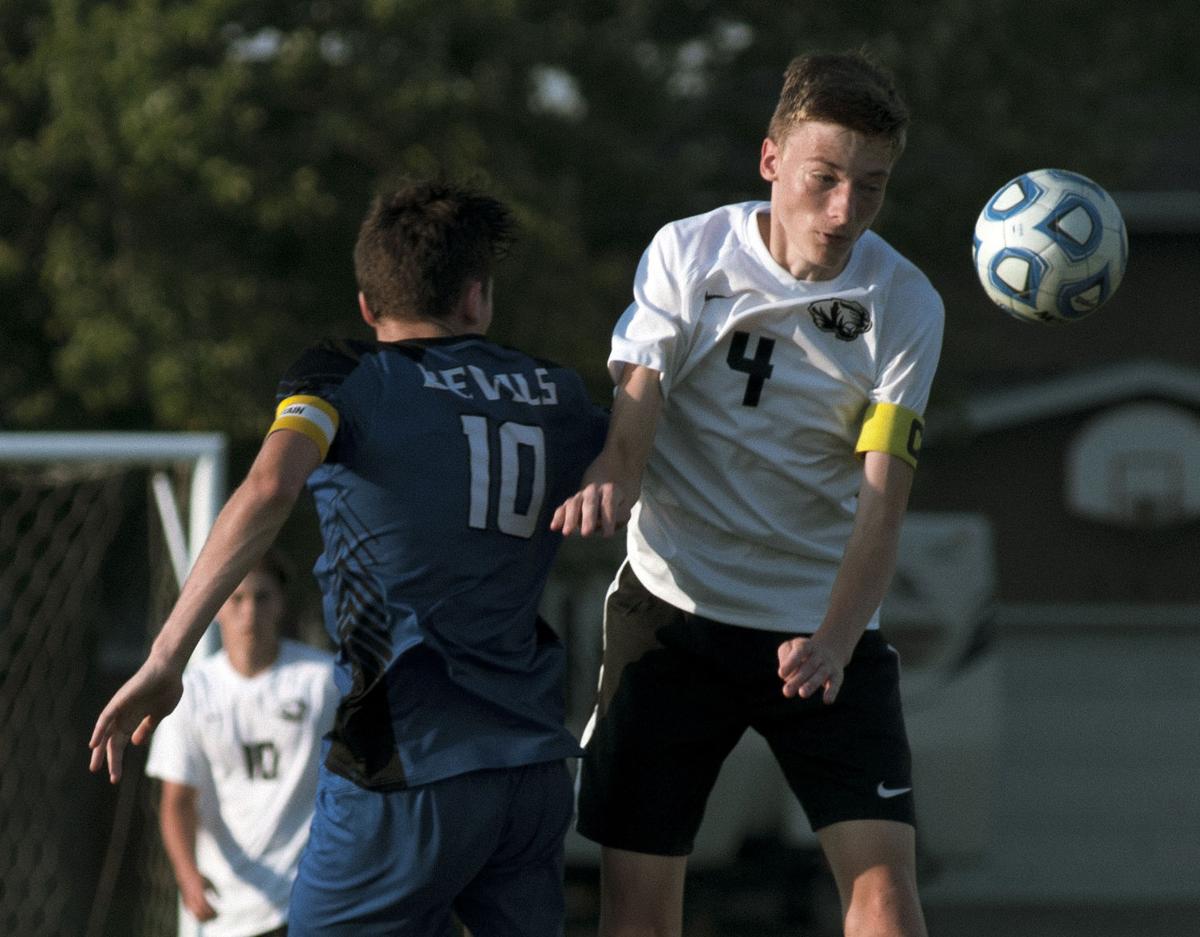 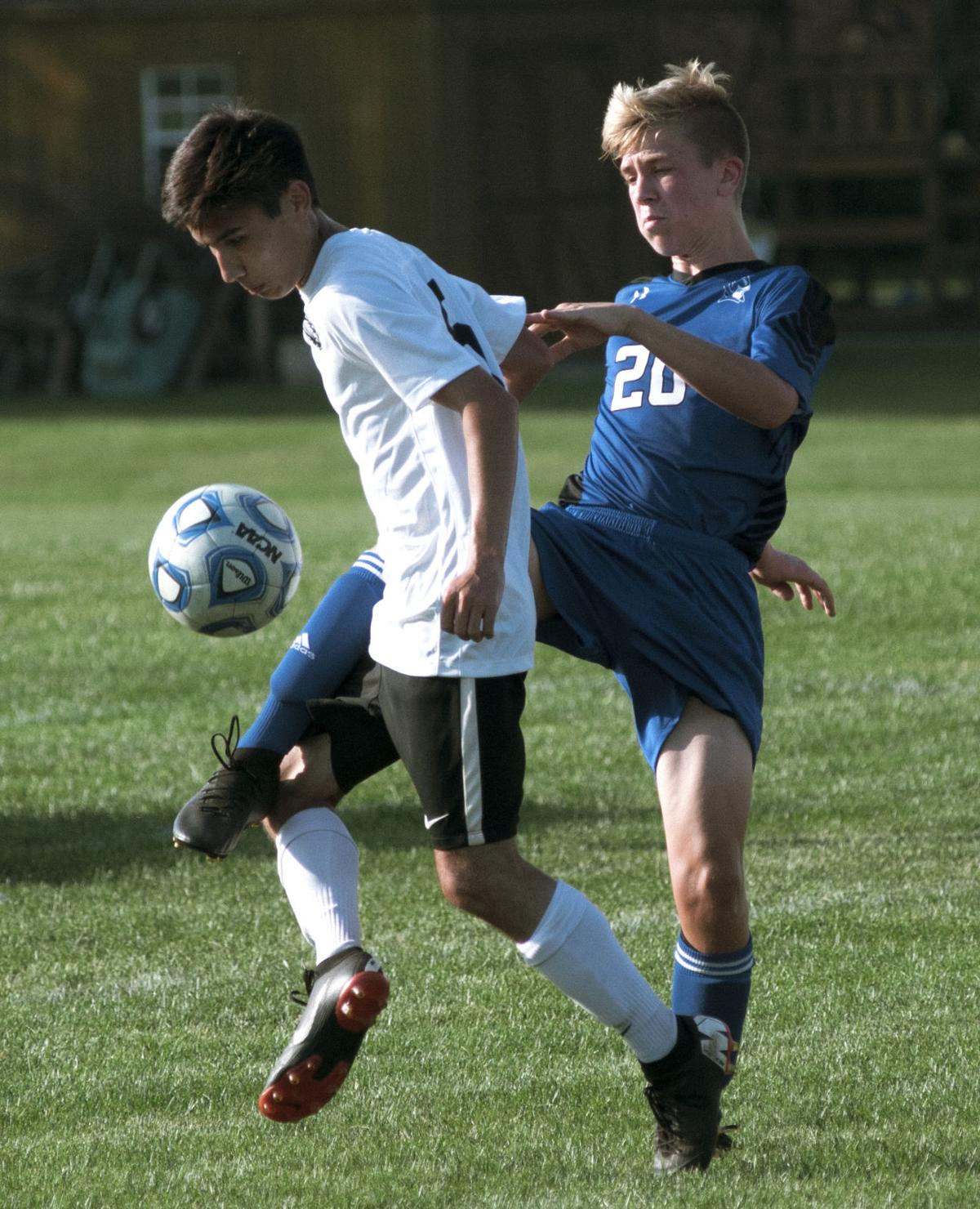 Peotone's Austin Coulter, left, and Herscher's Jacob Schultz vie for control of the ball during Thursday's game in Peotone.

Thursday’s performance won’t bring them last year’s plaque, but the Tigers were able to exact a slight bit of revenge, as they downed the Blue Devils 3-0 behind a pair of first-half goals from Trey Schwarzkopf.

“We came out inspired,” Herscher coach Alan High said. “We were hungry from Peotone knocking us out of the postseason last year.

“Also, we played a not-so-inspired game Tuesday against Lisle in a 1-0 loss, so we got back to the film room and broke some stuff down and got back to work,” he added.“And just like every coach’s dream, the kids executed everything we talked about. I just had to stand on the sidelines and cheer them on.”

The Tigers’ first goal came five minutes into the game on a second-chance put-back goal from Schwarzkopf.

“Bascom Jackson had a nice shot attempt, and the ball bounced back to me,” Schwarzkopf said. “The goalie was out of position, and I had an open net and just kicked it in.”

Schwarzkopf added his second goal of the night on a penalty kick 34 minutes into the first half to give the Tigers a 2-0 lead.

“Jace Martin got tackled inside the box, and he didn’t want the penalty kick and asked me to take it,” Schwarzkopf said. “I was trying not to overthink during the kick and just put the ball in a corner.”

High said Schwarzkopf stepped up his performance after seeing some things on film.

“Trey played his best game of the year,” High said. “He watched a ton of film last night and knew what he needed to do coming into today.

“And to step up as only a sophomore speaks volumes.”

Goalkeeper Jack Holohan recorded his fifth shutout of the season for the Tigers.

“Jack has been phenomenal this year,” High said. “It’s been a while since one has gotten past him. Three goals this year have been deflected in by our own team, and we have also given up one penalty kick and a free-kick.

“So, not much gets past Jack back there.”

In the final two minutes of the game, Jackson found the back of the net to make the match’s final score of 3-0.

Peotone coach Justin Meyers said he was happy with this team’s performance in the sweltering heat, especially considering he was down to his last sub.

“I’m not one to make excuses, but we were down three starters today, and this was our third tough game in a row on back-to-back-to-back days,” Meyers said. “So, I commend the effort of our guys today and the guts it took to finish the game.

“I would love to have the bragging rights of a conference championship this year, but we’re playing for October,” he added. “I had about three freshman play about 70 minutes today. So, I’m looking for that experience to pay off down the stretch.”

High also commended Peotone for their gutsy performance with their backs to the wall.

“Peotone’s kids didn’t quit the entire game, even after playing all these tough games this week and having only one sub,” High said. “That speaks volumes about the kind of kids and coaches they have over there. It’s awesome to play against teams like that.”

The Tigers are back in action at 1 p.m. Saturday at the PepsiCo Showdown against Mansueto at the Inwood Soccer Complex in Joliet.

Peotone will travel to Woodland at 4:30 p.m. Monday.