Free access for current print subscribers
Get Started
You are the owner of this article.
Edit Article Add New Article
You have permission to edit this article.
Edit
Home
News
Sports
Opinion
Life
Obituaries
Calendar
Jobs & Classifieds
Lifestyles of Kankakee County
1 of 10 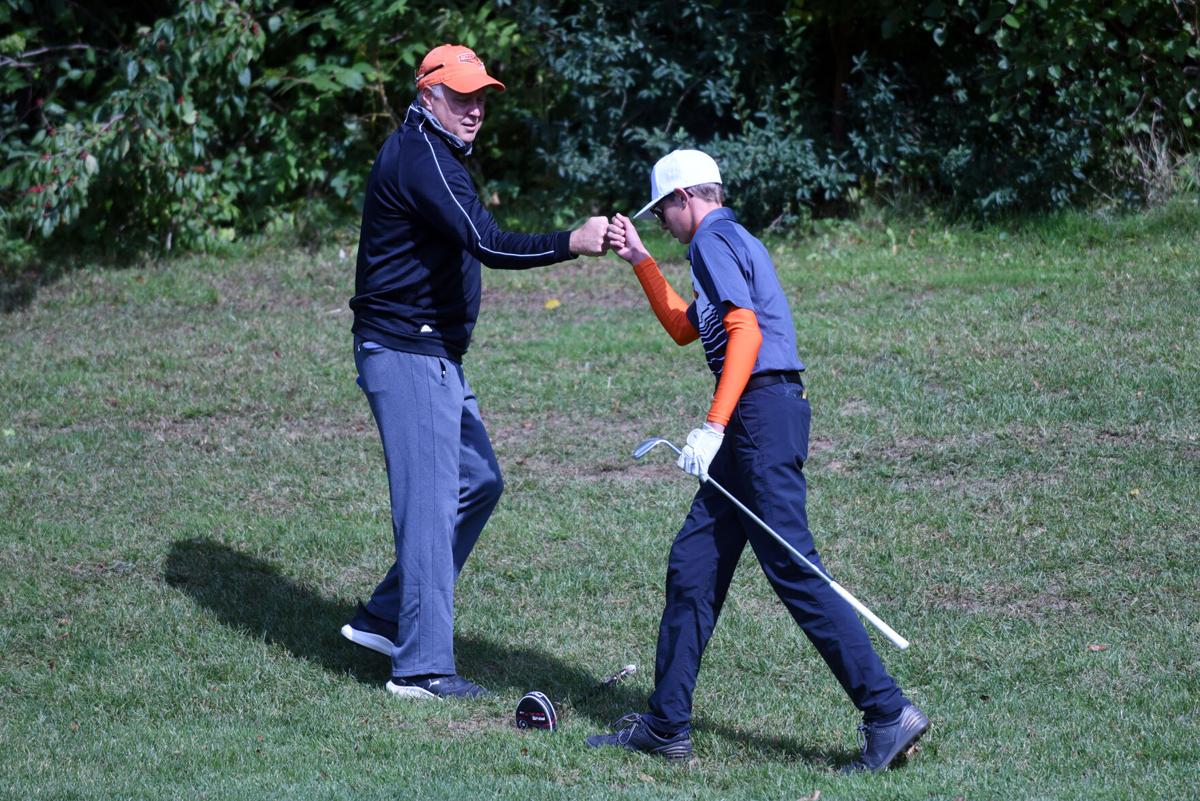 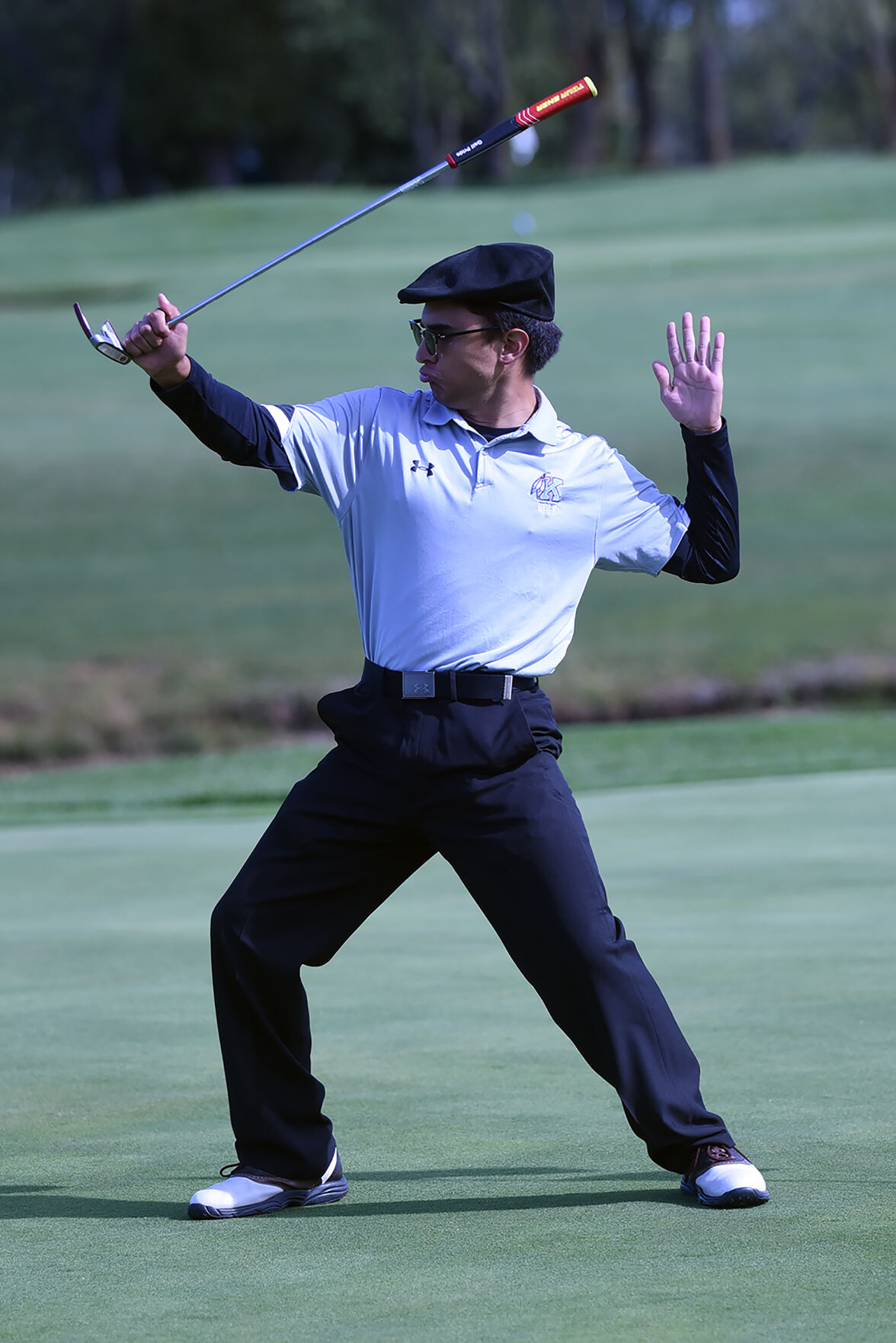 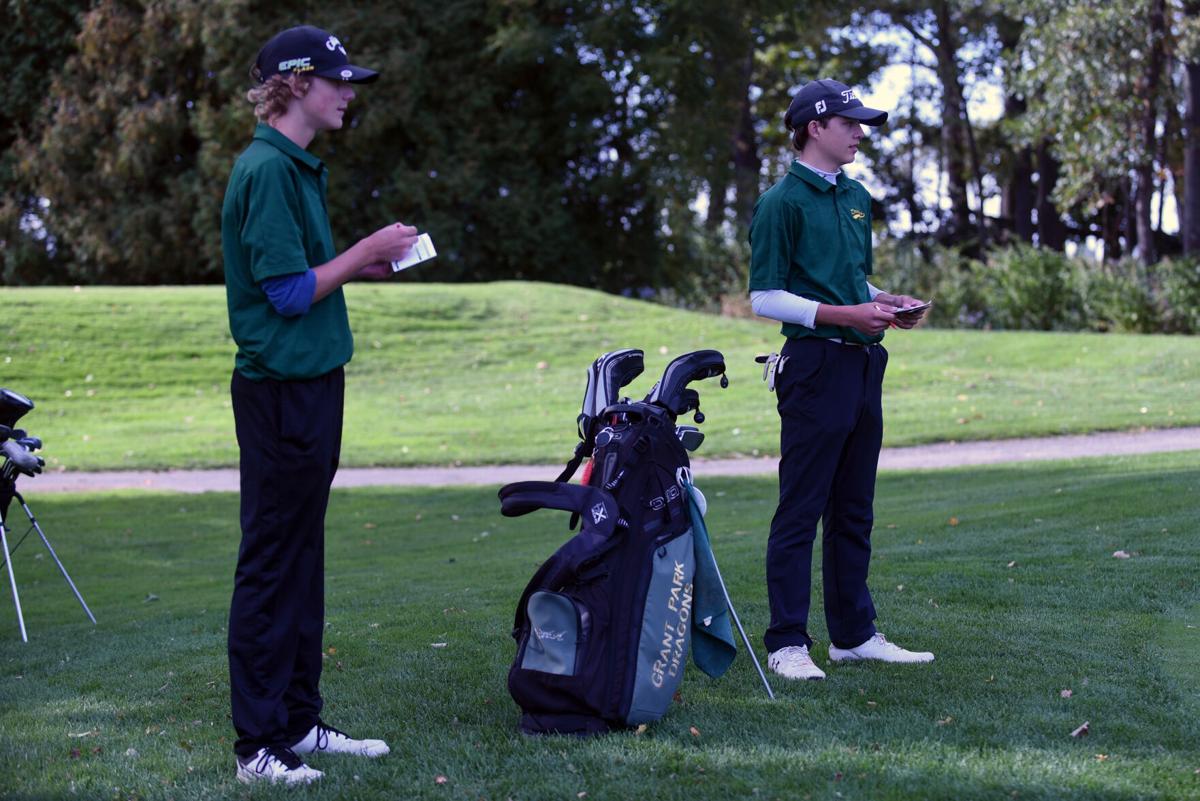 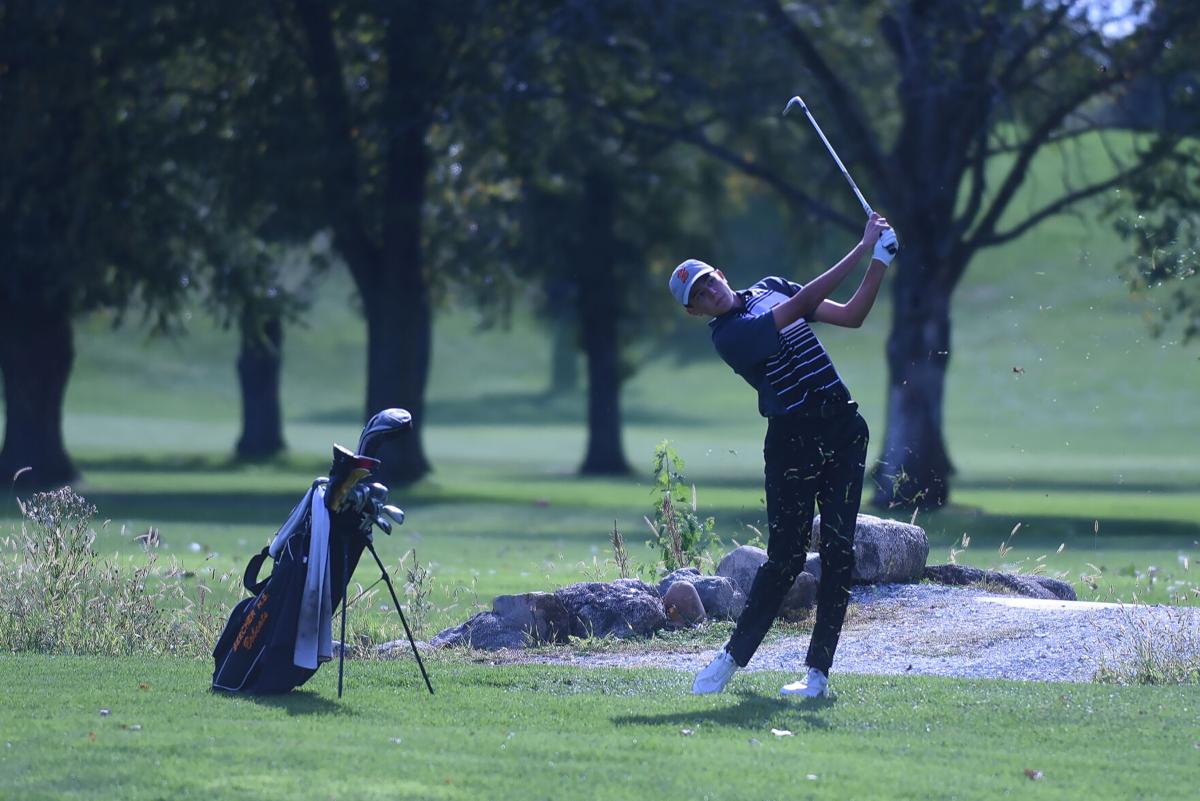 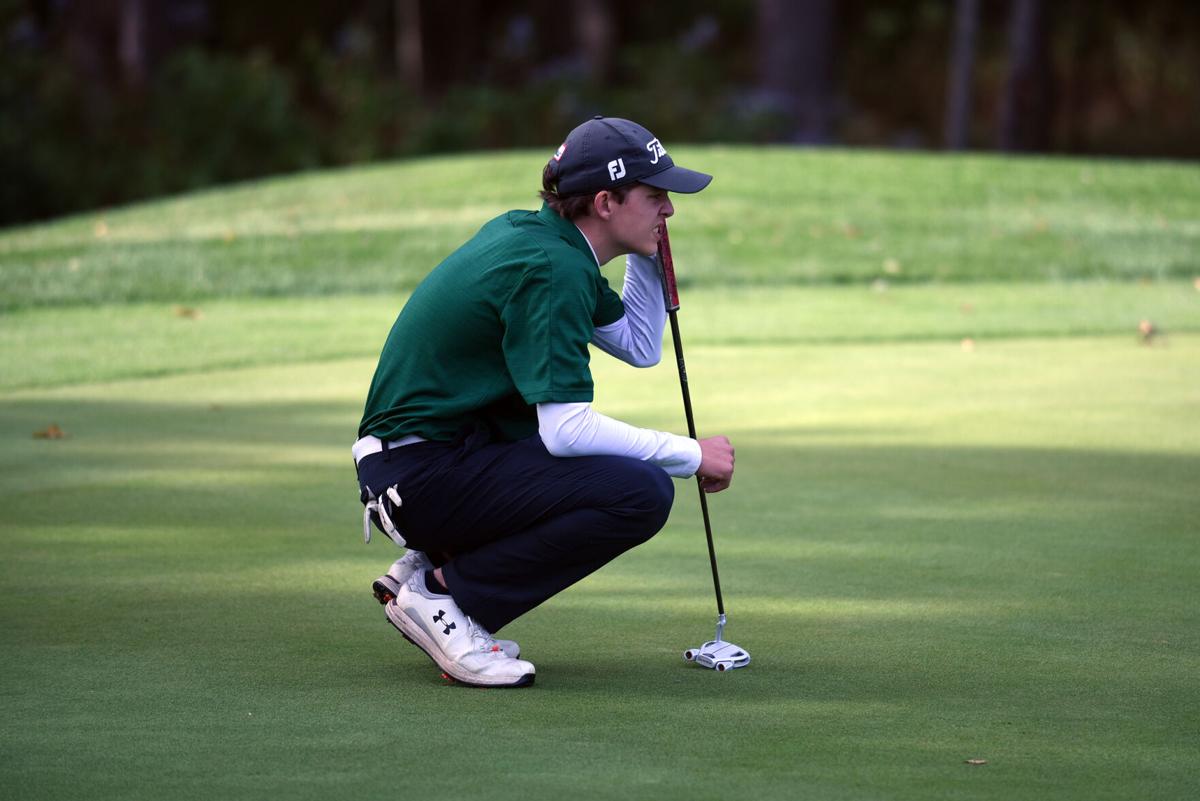 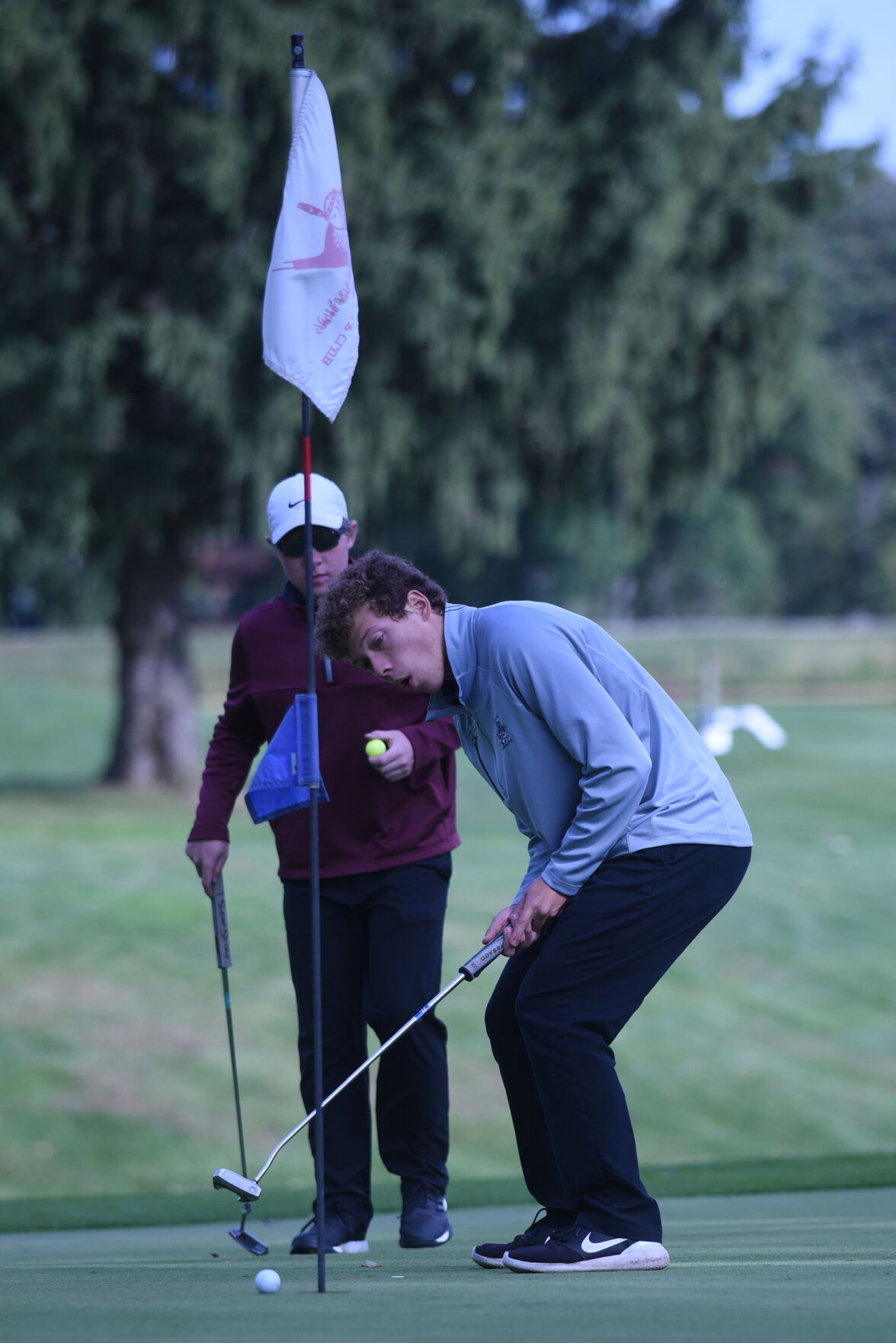 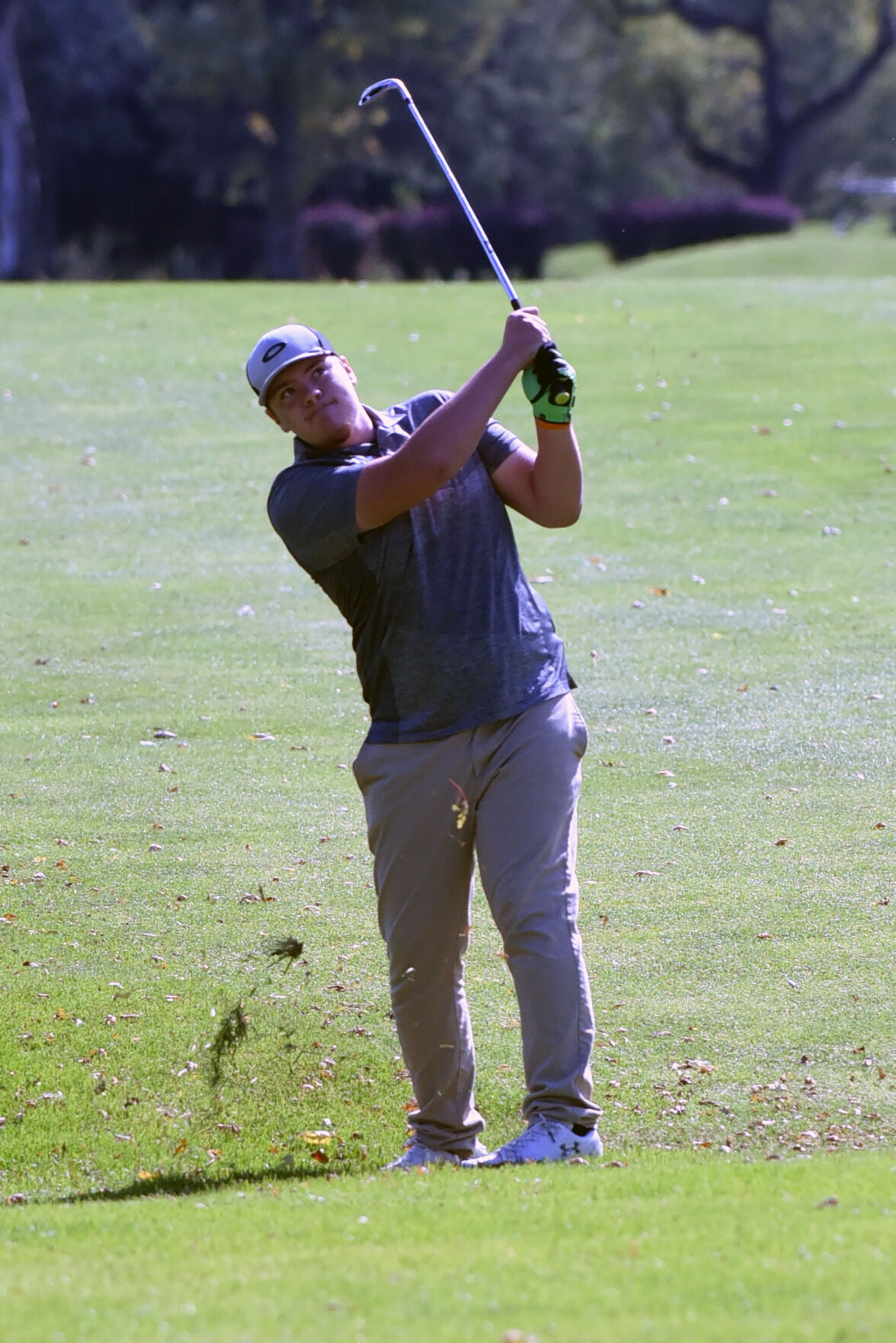 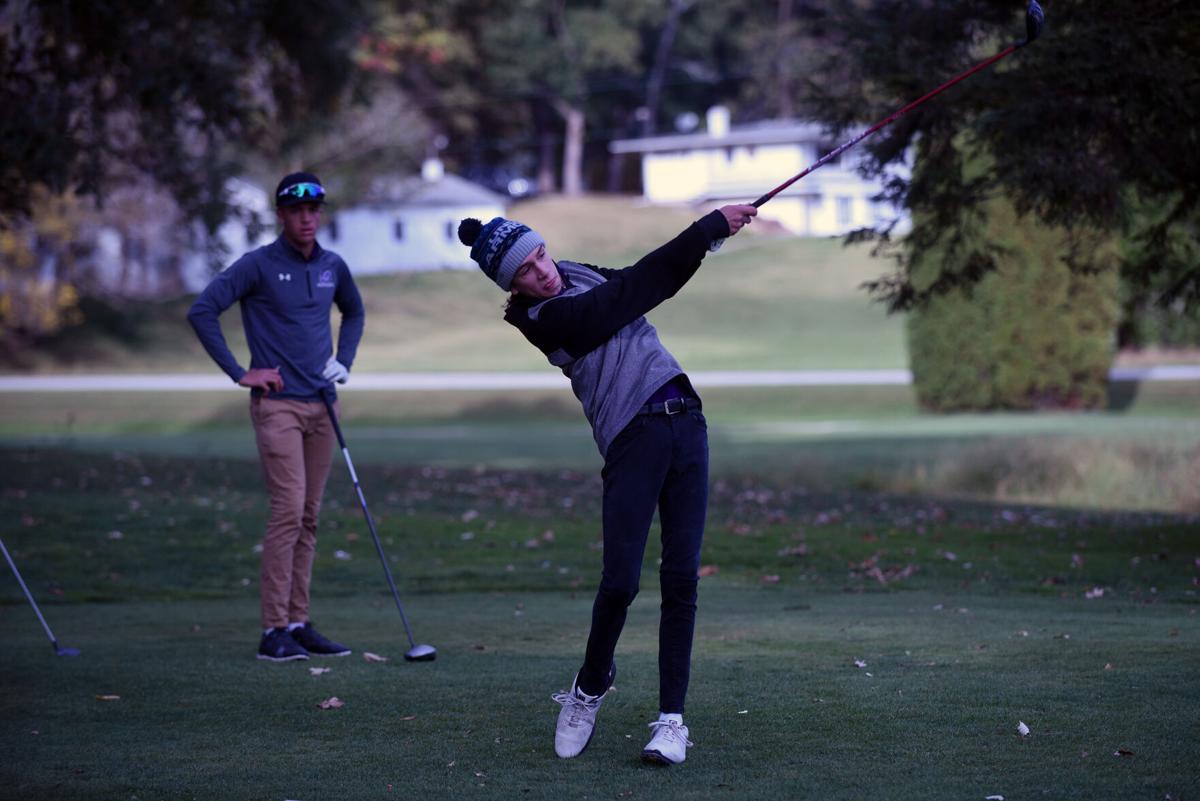 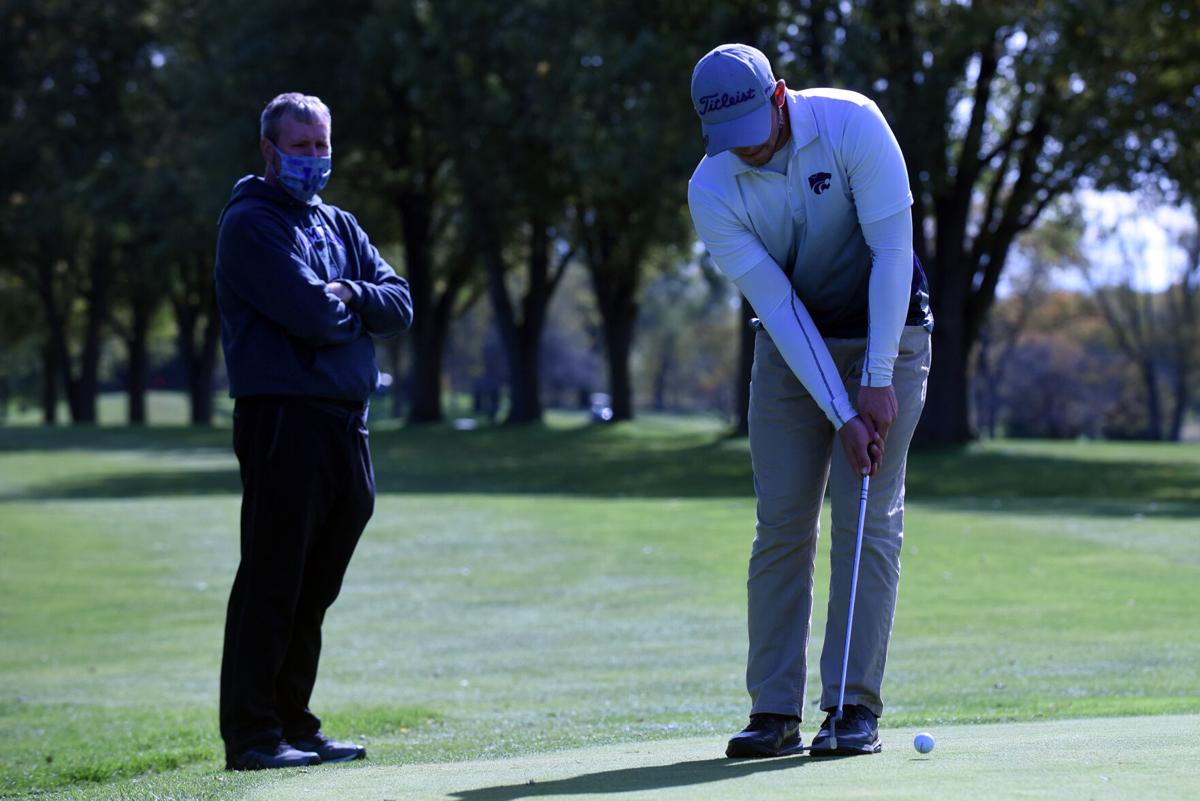 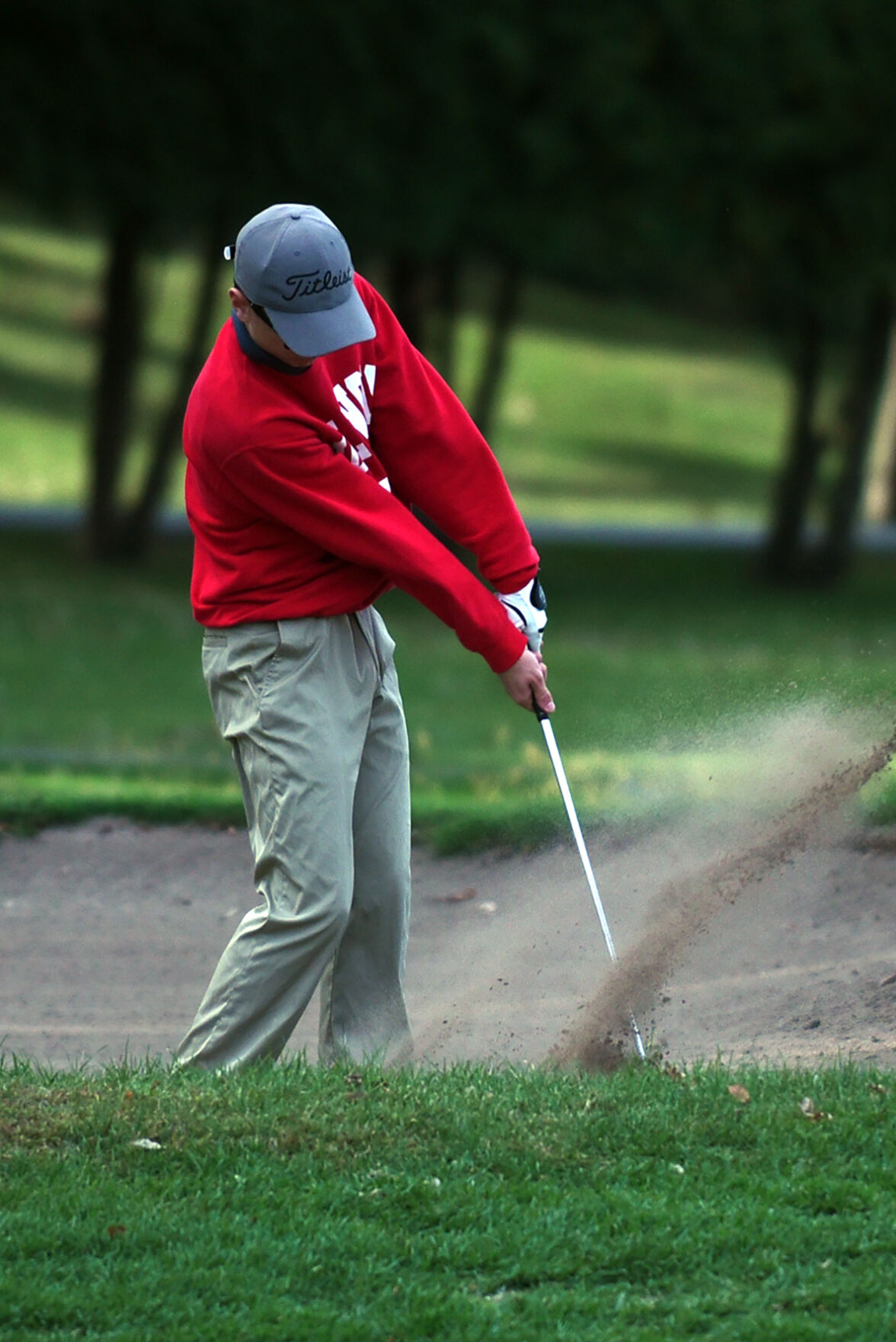 St. Anne’s Ryan Sirois pitches out of a bunker on the 16th hole at Friday’s Grant Park Invitational at Minne Monnesse Golf Club.

St. Anne’s Ryan Sirois pitches out of a bunker on the 16th hole at Friday’s Grant Park Invitational at Minne Monnesse Golf Club.

GRANT PARK — A baker’s dozen of area schools collided at Minne Monesse Golf Club in Grant Park with hopes of ending the regular season on a high note at the Grant Park Invitational on Friday.

Each team came into the shotgun-format tournament with specific goals and things to work on, but none was more difficult than the one Beecher head coach David Serafin set for his squad. Serafin came into Friday with a goal each of his golfers would improve his score by at least one stroke from the most previous match at Minne Monesse during the Twin Valley Conference Tournament earlier this week.

“We just wanted to improve on our last meet that we had out here at the TVC,” Serafin said. “We wanted to be one stroke better per person, and we weren’t. So, it’s just another attention-getter for us.”

The Bobcats were unable to replicate their 430 team score they had in the TVC but were able to take home a first-place finish despite less-than-average performances from top two golfers Brady Serafin and Jack Hayhurst.

Even with some struggles, all four of Beecher’s golfers finished with scores below 100. Brady Serafin led the Bobcats with 83 to take the third-best individual finish. Vinny Messana followed closely with an 84, Hayhurst shot an 89, and Brandon Moffitt added a 90 to round out the Bobcats.

“I’m glad they had their stinker today; I hope it catches their attention,” Coach Serafin said. “You come into it a little too relaxed, and things like this happen. Hopefully, when the tournament flag goes up so does their intensity.”

In their victory, arguably the most memorable moment came after Hayhurst hit a hole-in-one on the sixth hole.

“I think it was about 145 yards, and he hit a seven iron,” Coach Serafin said. “It took one bounce and went in like a snake. It was beautiful.”

Grant Park came onto its home course looking to bounce back from what head coach Andy Dillman described as a poor team performance on Monday in the TVC, when they totaled a 381 team score.

With the help of its home course, the Dragons were able to do just that as they went on to shoot a 352 combined score, a 29-stroke improvement over their TVC score Monday.

“We just wanted to turn it around from the way we played on Monday,” Dillman said. “We played really poorly as a group; we had a couple nice players on Monday, and, obviously, they show up for us every match usually, but it was nice to play together as a cohesive group. ... It was great to see and definitely a good day for a coach.”

Grant Park finished with the top two scores on the day, as senior Ryan Dulin finished with another medalist honor after shooting a tournament-low 73 (+2) on the links. Trey Boecker finished right behind Dulin with a 74 to total the only two scores below 80 on the evening.

“Obviously, since the regional is here next Tuesday, it’ll boost my confidence a lot knowing that I can play that well,” Dulin said. “But it’s also going to put on some pressure because its my home course, and I’m expected to do well.”

Rounding out the Dragons were Hunter Romanowski with a 101 and Cade Lacer with a 104.

Dillman said he hopes his team learned a thing or two in their defeat as they get ready to prepare for the IHSA Class 1A Regional next Tuesday back at Minne Monesse.

“Hopefully, we kind of learned some shot selection, club selection into some different greens and stuff like that today. Hopefully, that bodes well for us next Tuesday in the regional.”

Bishop McNamara had an up-and-down day on the links, which resulted in a fifth place finish with 391 team points. Even so, head coach RJ Tyson said he believes many of his team’s mistakes are easily correctable before they play in their regional next week.

“We had some good holes and some bad stretches, so all in all, I was pretty happy to see how they played,” Tyson said. “The mistakes they made were little ones, and so I think they can sharpen them up and have a good regional on Tuesday.”

Colton Provost shot the lowest score for the Irish with 94. Carter Silcox and Eamon O’Brien each added 97s, and Trenton Koenig totaled a 103 to round out McNamara.

In Tyson’s eyes, O’Brien put up the best performance for the Irish. Tyson believes he is peaking at the perfect time and said he hopes his freshman can continue this momentum into the regional next week at Kankakee Elks Country Club.

“Eamon has been showing some signs that I think he’s going to start scoring really well,” Tyson said.