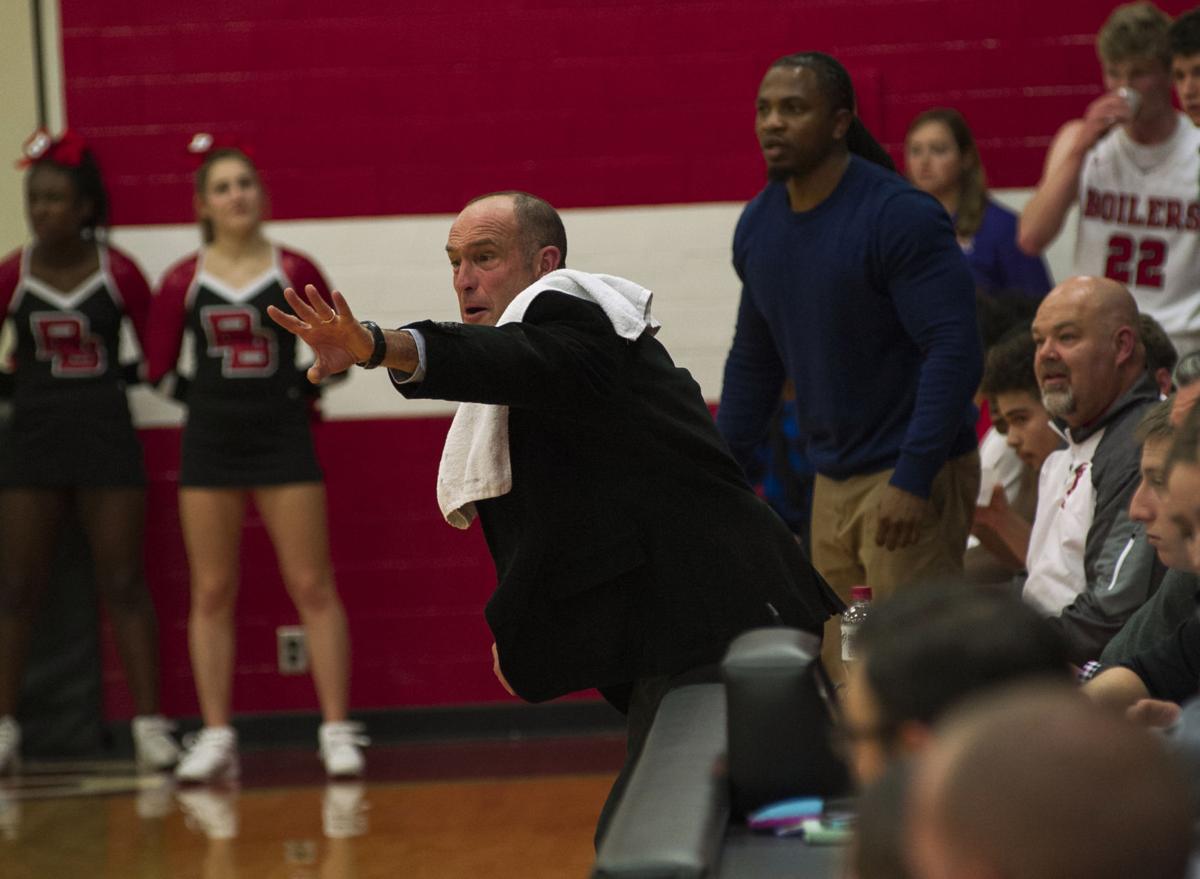 Former Bradley-Bourbonnais boys basketball coach Alex Renchen instructs his players during a game against Manteno last season. Renchen announced Thursday he will no longer be coaching the Boilers, where he spent the past 13 seasons. Before his time at BBCHS, Renchen spent 14 years as the boys basketball coach at Kankakee. 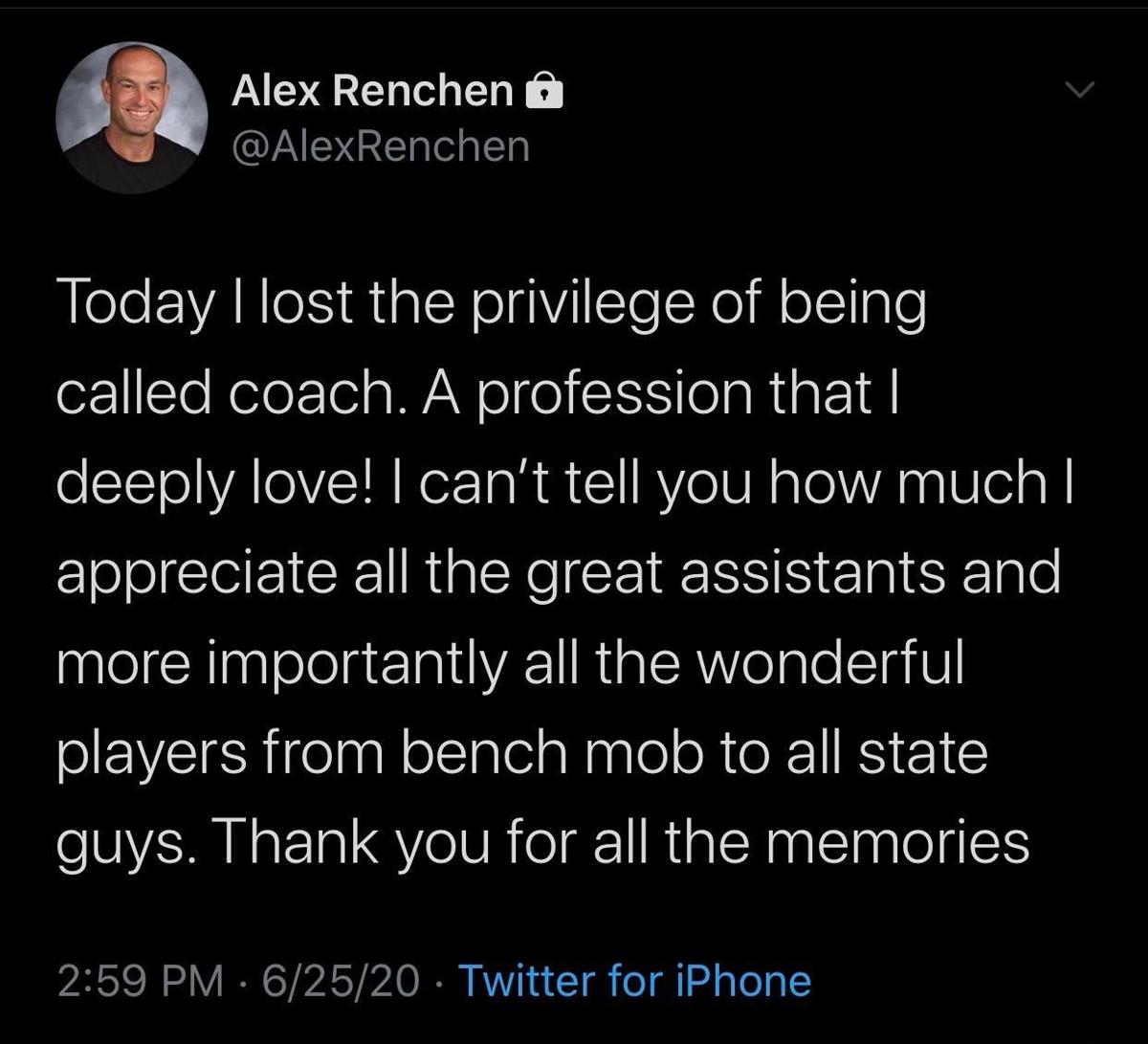 For the first time in almost 30 years, Alex Renchen won’t be on the bench of a Kankakee County boys basketball team once the 2020-21 basketball season begins this fall.

Renchen announced via Twitter Thursday that he was stepping away from the head coaching role at Bradley-Bourbonnais, before later confirming the fact to the Daily Journal. It’s a role Renchen held for 13 seasons, accumulating a 146-196 mark during that time.

“I am very grateful for all my assistants and all the wonderful players, from the bench mob to all-state guys,” Renchen said. “My passion was always to impact players in a positive way, to develop toughness (and) selflessness in a group setting and to compete as hard as possible everyday.”

It took the Boilers a little time to find solid ground under Renchen’s guidance, winning no more than nine games in any of his first six seasons. But beginning with a 19-6 mark in 2013-14, the Boilers won double-digit games in six of the past seven seasons, with four seasons above the .500 mark.

Those seasons were more in line with what Renchen accomplished in his stint at Kankakee from 1993-2007. Highlighted by an IHSA Class AA Regional title and 23-4 record in 1996-97, the Kays captured six conference championships with Renchen on the bench.

But for Renchen, the off-court success of his players was just as, if not more important, than what happened between the lines.

“I have enjoyed watching the success former players have had in life,” Renchen said. “(I am) thankful for the opportunities I have had at both Kankakee and BBCHS.

“While I am imperfect I only had the best interest of my players, and I can rest easy with that thought.”

Bradley-Bourbonnais athletic director Mike Kohl said that most people probably don’t realize the positive long-term effects someone like Renchen has and will continue to have on the community.

“The biggest thing most people don’t understand is the ripple effect a guy like Alex has on the communities he’s affected,” Kohl said. “He’s impacted guys he hasn’t even coached because he’s coached guys who are now fathers, and they’re the fathers they are because of his impact.

“There aren’t many people who have affected as many lives as coach Renchen.”

Renchen said he’s currently unsure of how he will spend the 2020-21 season, noting God has a plan for him. As for the Boilers’ next coach, Kohl said that the search is on to find a worthy candidate that can be a program cornerstone in the way that Renchen and the late Vern Sloan were.

“You talk about Alex Renchen and Vern Sloan, those are two guys that put their hearts and souls into basketball,” Kohl said. “Coach Sloan built a foundation, Alex Renchen added to it, and to build on the foundation he’s built is a great challenge and opportunity.

“There’s nobody in the state of Illinois that’s as passionate about basketball as Alex Renchen.”

The Boilers, led by Gabe Renchen, Alex’s son and the SouthWest Suburban Conference Red Division Boys Athlete of the Year, finished 16-15 last season. Aside from Gabe, the only other departing senior is swingman Jason Hartsfield.

Aside from Gabe, now-sophomore Owen Freeman and junior Marc Robinson were both Daily Journal All-Area selections last season and will lead a young core that will be playing for a new coach this fall.

Regardless of the talent coming back, Alex Renchen said it was time for him to move on.

“It was a good time for me to step away,” Alex Renchen said. “I wish the BBCHS basketball program the best — they have good kids and some talented players in the program.”