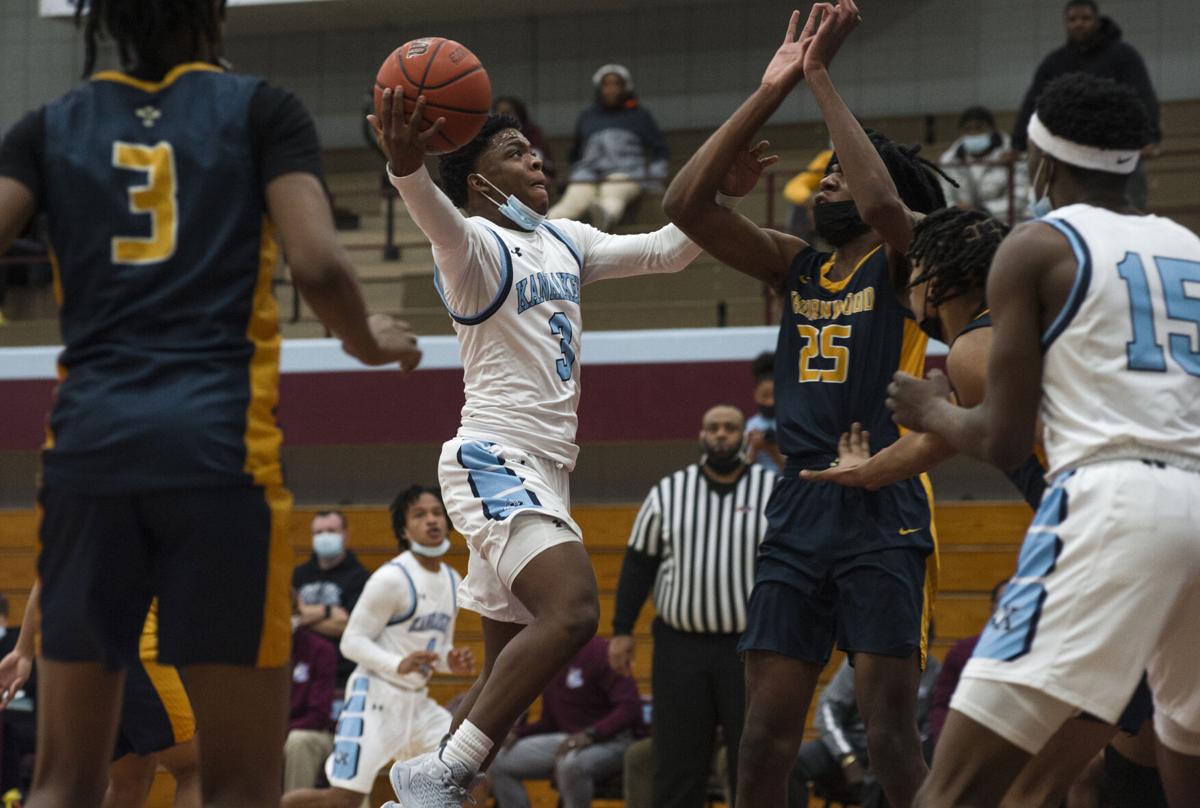 Kankakee's Nate Hill drives to the hoop for a lay-up as Thornwood's Donovan Simpson defends during Tuesday night's game. 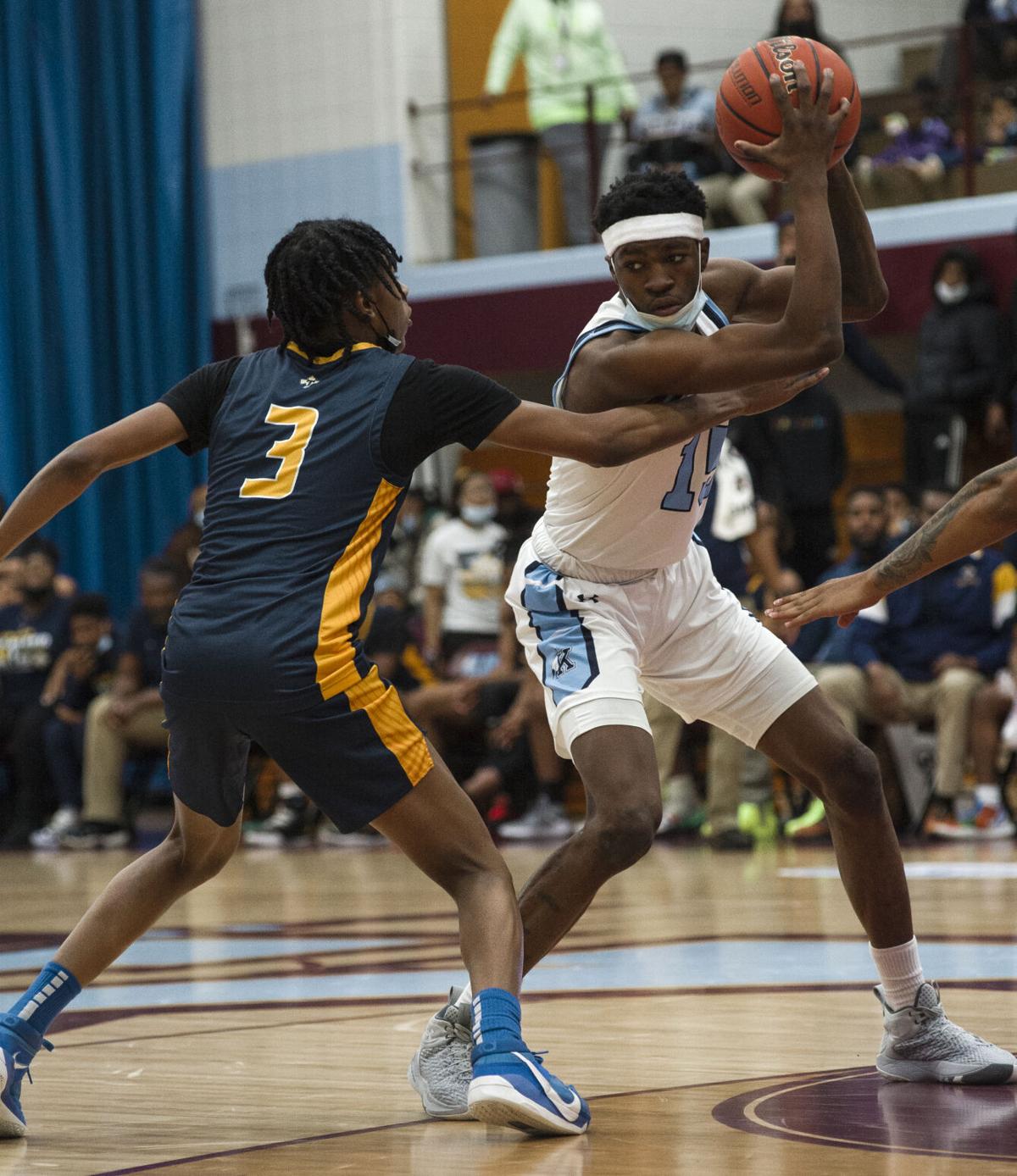 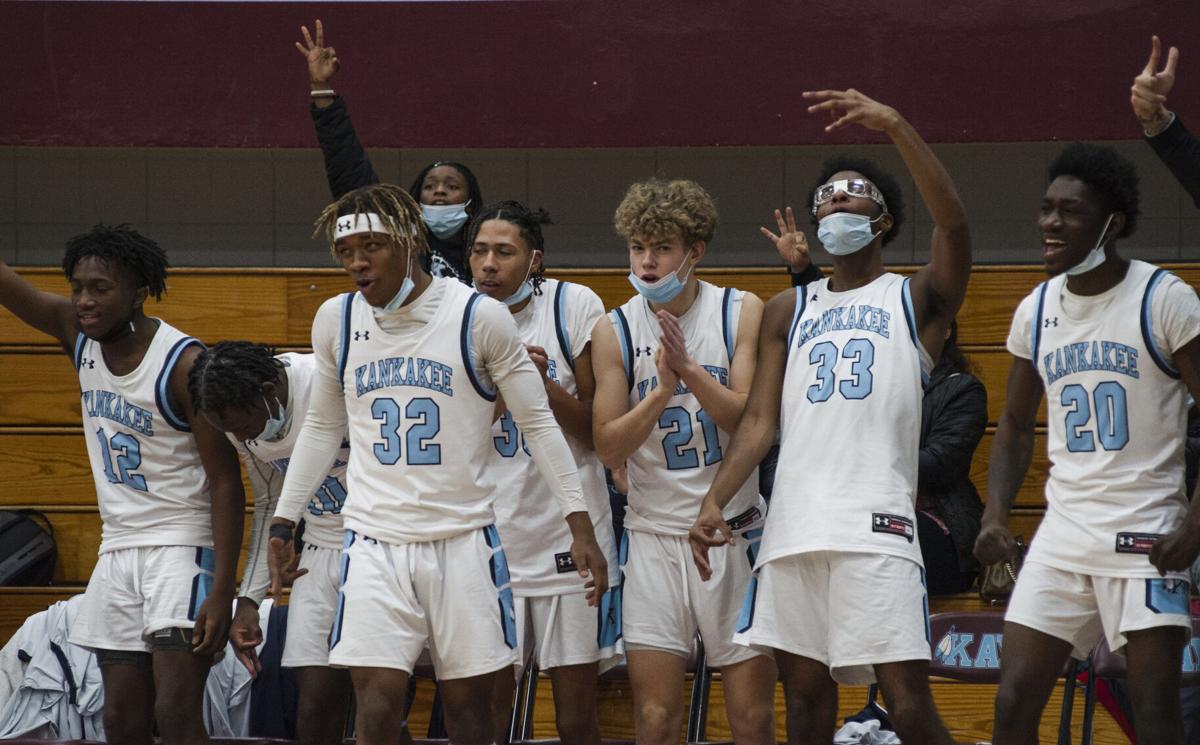 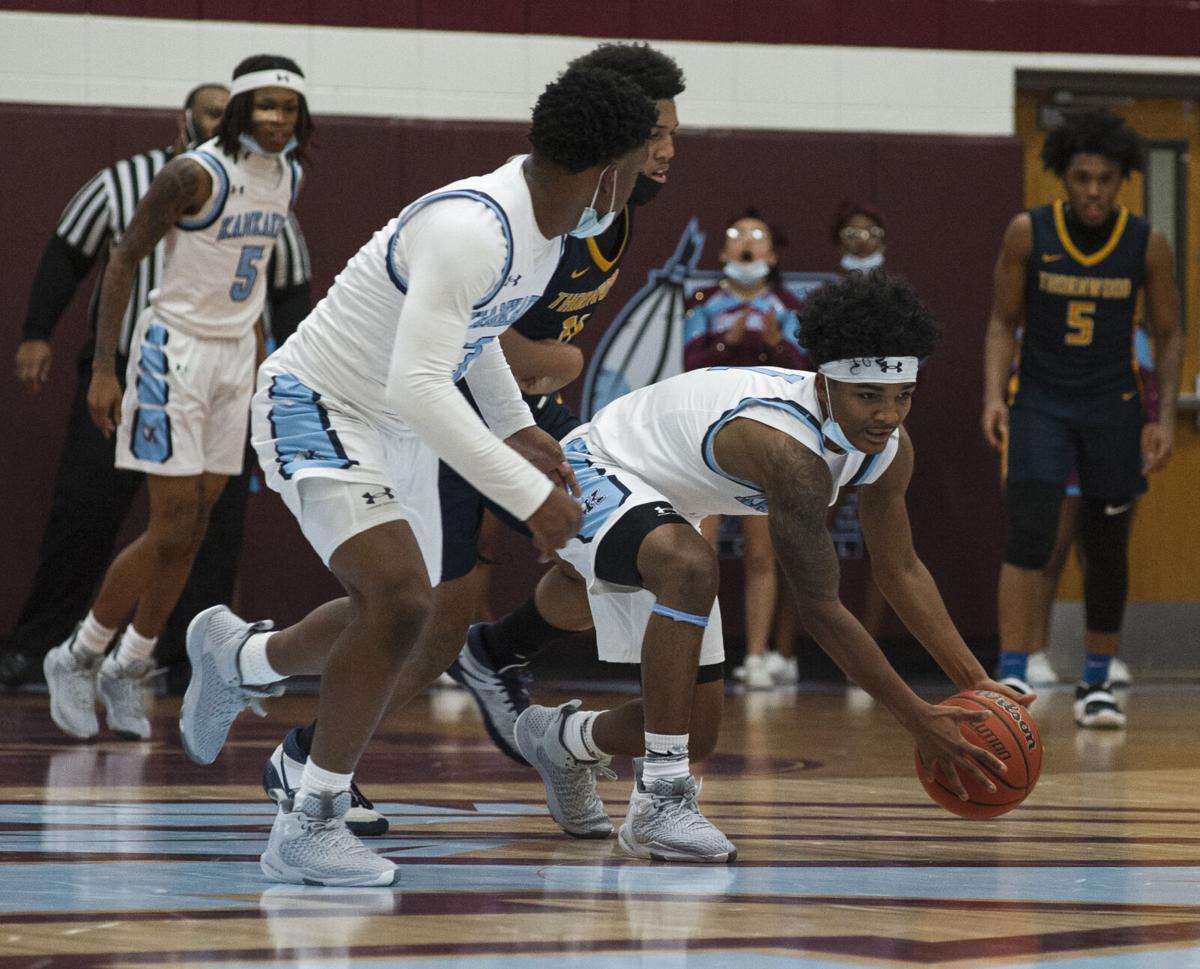 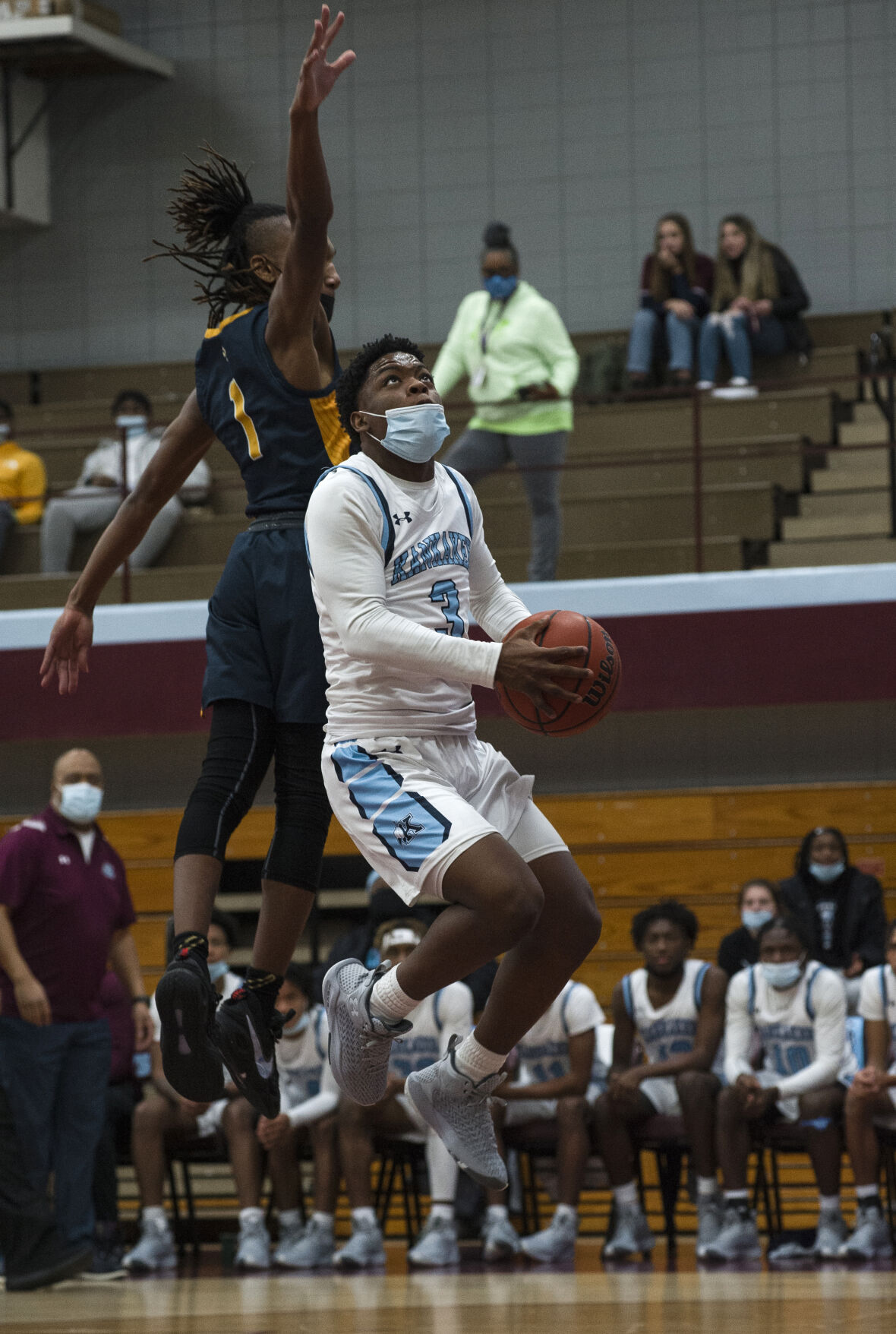 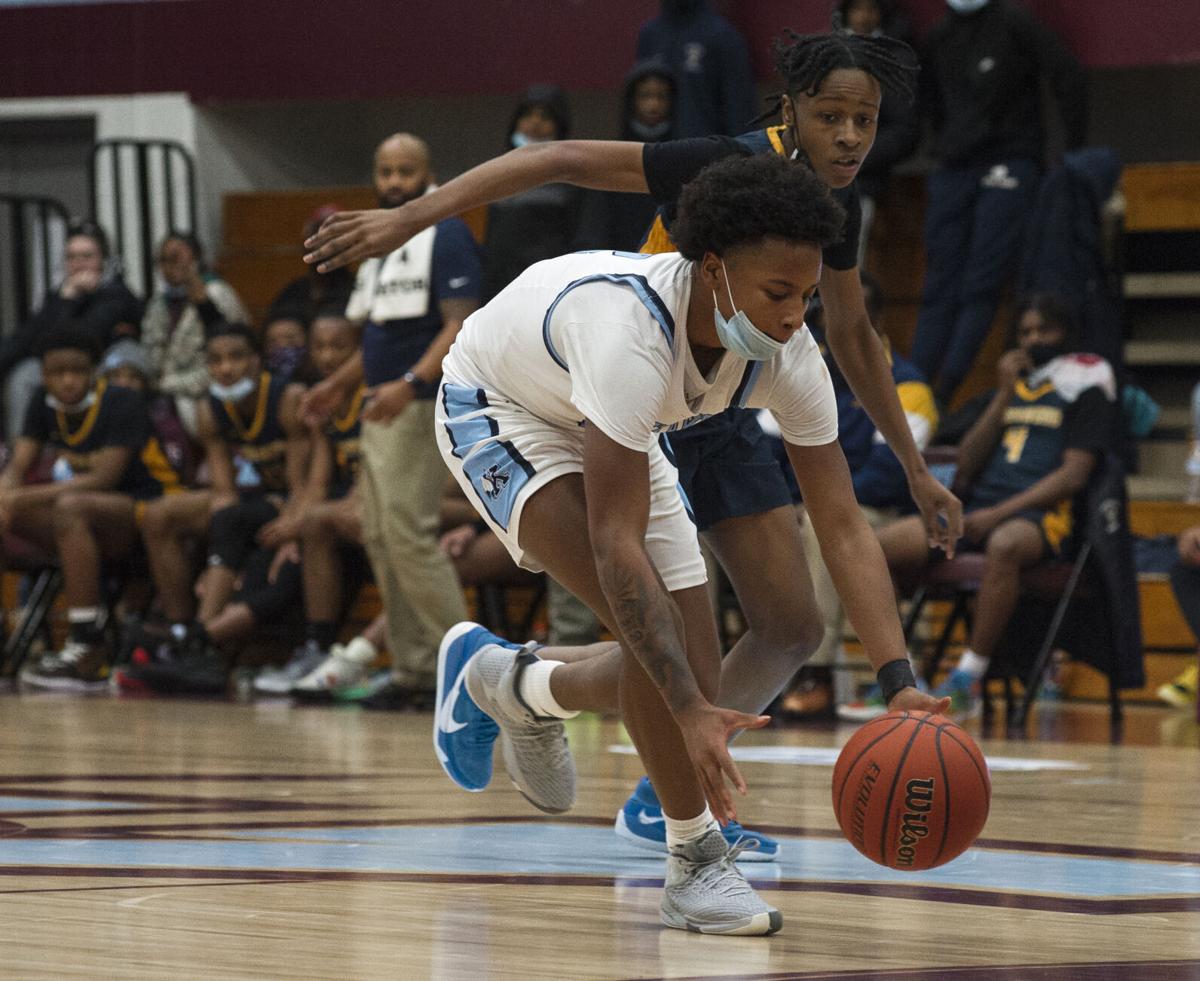 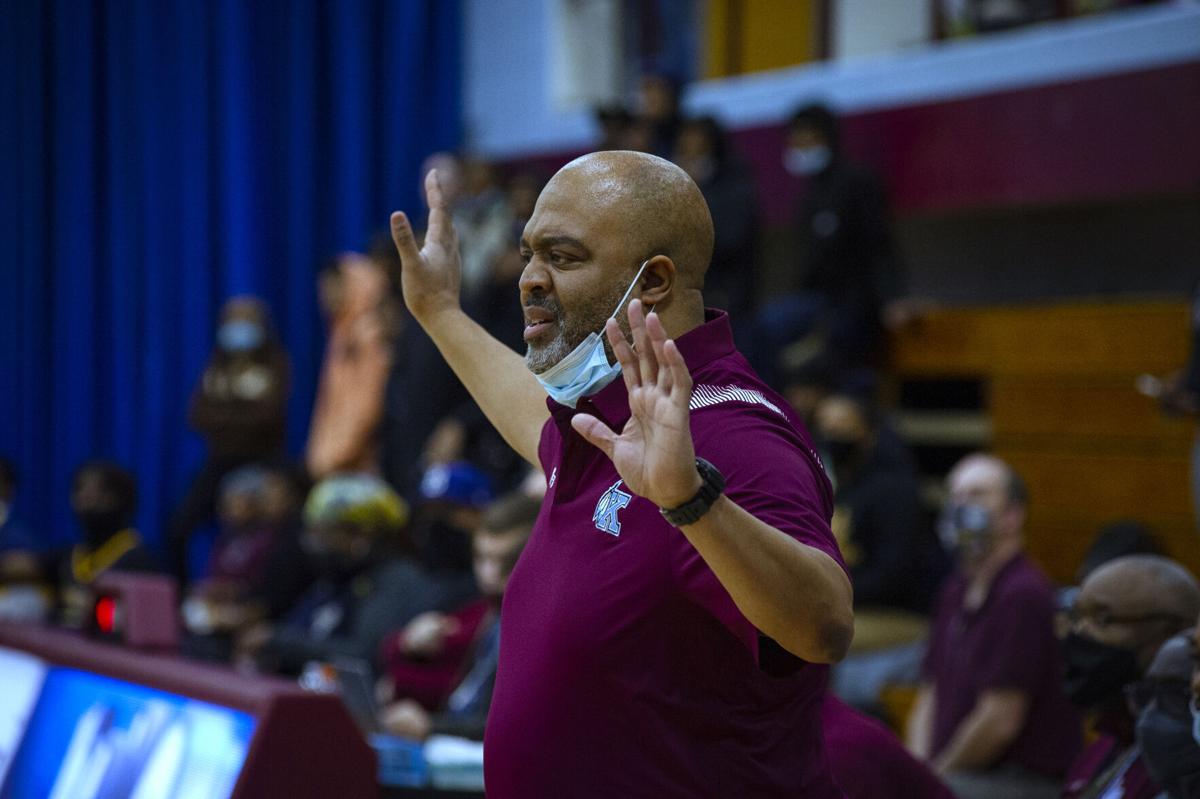 Kankakee's Nate Hill drives to the hoop for a lay-up as Thornwood's Donovan Simpson defends during Tuesday night's game.

KANKAKEE — Being that Kankakee has beaten Thornwood by a combined 68 points in their past three games dating back to last season, the Kays knew the Thunderbolts would come to town Tuesday night ready to make amends.

In a game that saw neither squad shoot above 42 percent, being able to take care of the basketball was pivotal. Although the Kays trailed 32-26 at halftime because of 13 first-half turnovers of their own, Kankakee managed to clean things up in the second half and improve to 9-4 overall and 2-1 in the Southland Athletic Conference with a 58-50 victory.

“Thornwood came in with a lot of fire, and they punched us in the mouth during the first half,” Kays coach Chris Pickett said. “The challenge at halftime was to see how were were going to respond.

“We challenged our guys, and so I’m proud with how they were able to respond in the second half.”

Kankakee dominated the start of the second half from the jump. Senior Tomele Staples opened up the third frame on a 5-0 individual run by securing a quick layup and deep 3-pointer to cut the Kays’ deficit to 32-31.

Staples’ early heroics in the third frame helped put Kankakee in position to regain momentum. After another make by each team that saw Thornwood cling to a 34-33 lead, Kankakee finally regained the lead for the first time since the opening frame, when senior guard Nate Hill connected on both of his free-throw attempts after having drawn a foul that helped give the Kays a 35-34 lead.

Kankakee then finished the third quarter on a 12-7 run after turning up its defensive pressure. The Kays forced 10 third-quarter turnovers by the Thunderbolts, which led to nine points.

“I saw the fire in their eyes in the middle of the third quarter, and I’m glad my guys showed me they have the ability to answer and give a counter-punch,” Pickett said. “When you have a team that can do that, you know you’re working with something great.”

Up comfortably in the final frame, Kankakee leaned on junior Naz Hill, who scored six of his team-high 16 points in the fourth quarter. The 6-foot-5, athletic, versatile big man helped his team survive a late 5-0 Thunderbolts run that cut the Kays’ lead to 51-50 with just more than four minutes remaining by scoring four of his team’s final eight points.

Naz Hill connected on a mid-range jumper to put his squad up three. He then notched a big block that eventually led to an empty Thunderbolt’s possession.

After each team failed to score for the next minute or so, Kankakee’s offense found a wide-open Pierre Allen, who connected on a dagger-type three to put his team up six points with a minute remaining.

“Allen’s 3-pointer was a back-breaking type shot and one of those clutch shots that was huge for the outcome of the game because it gave us some breathing room,” Pickett said.

The clutch shot by Allen helped Kankakee relax down the stretch before Hill put the finishing touches on the road team with an easy layup that left Thornwood not feeling the need to intentionally foul and make things a free-throw game.

“I came in here like 45 minutes before the game and got shots up in the back gym with my headphones on,” Hill said. “I was zoned in, and it resulted in my shots falling in the game.”

Naz Hill totaled a team-high 16 points, including a 4-for-4 performance from the free-throw line to go along with eight rebounds. Allen added 10 points and four rebounds. Staples chipped in a team-high five steals.

Kankakee (9-4) will travel to Crete-Monee for another SAC conference game at 5 p.m. Thursday.

Some of the best sports photos from local games and tournaments in December.