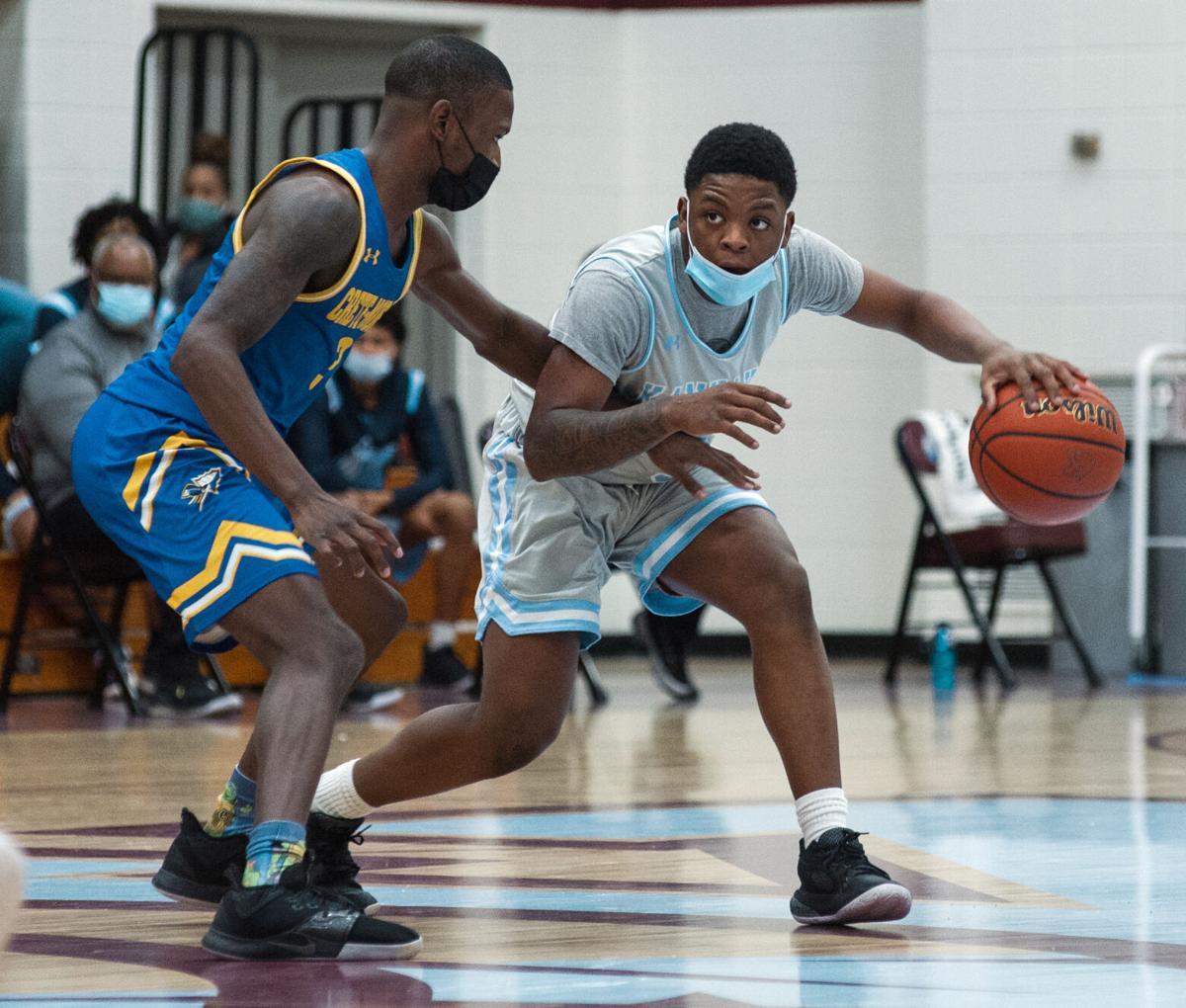 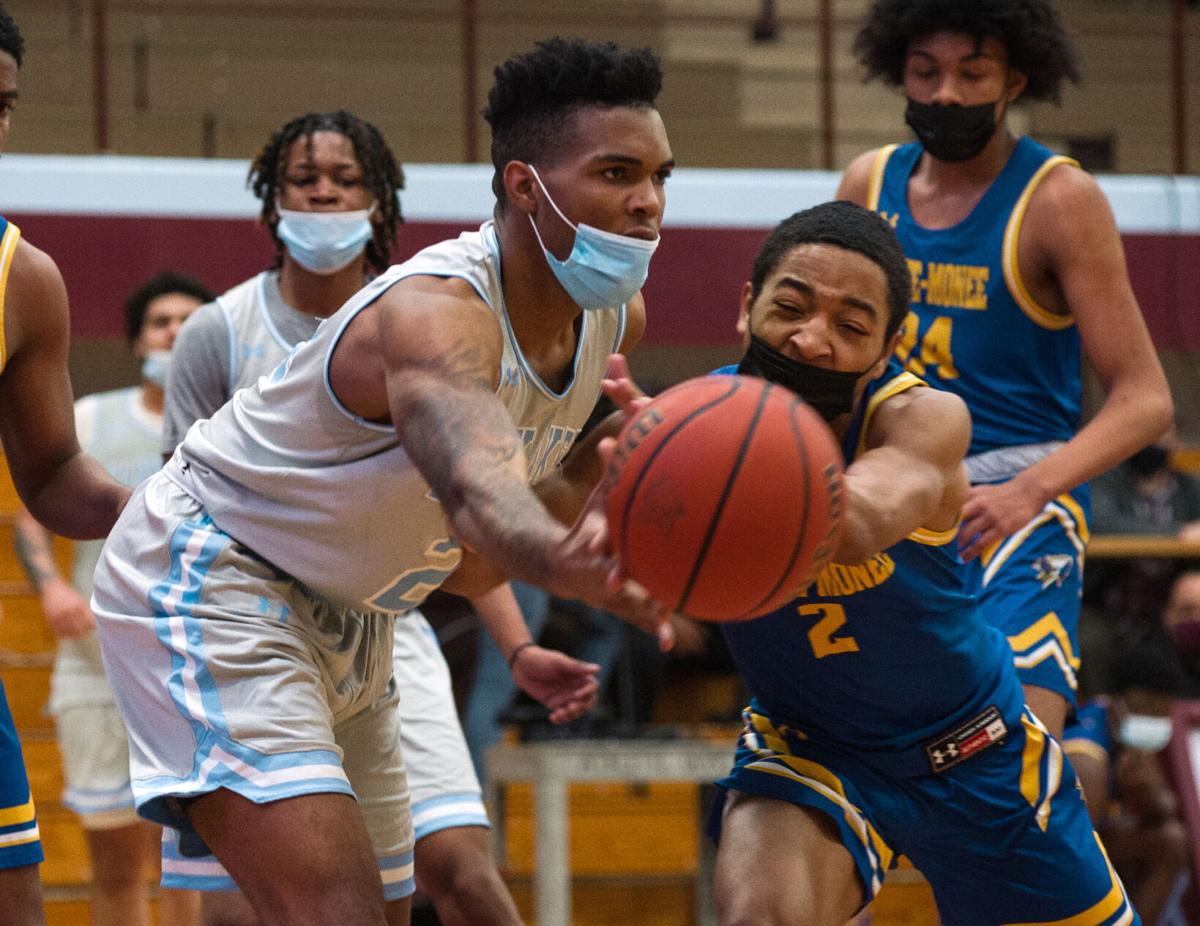 Kankakee’s Willie Strickland passes the ball before Crete-Monee’s Marquese Newsome can get a hand on it during Monday night’s game at Kankakee. 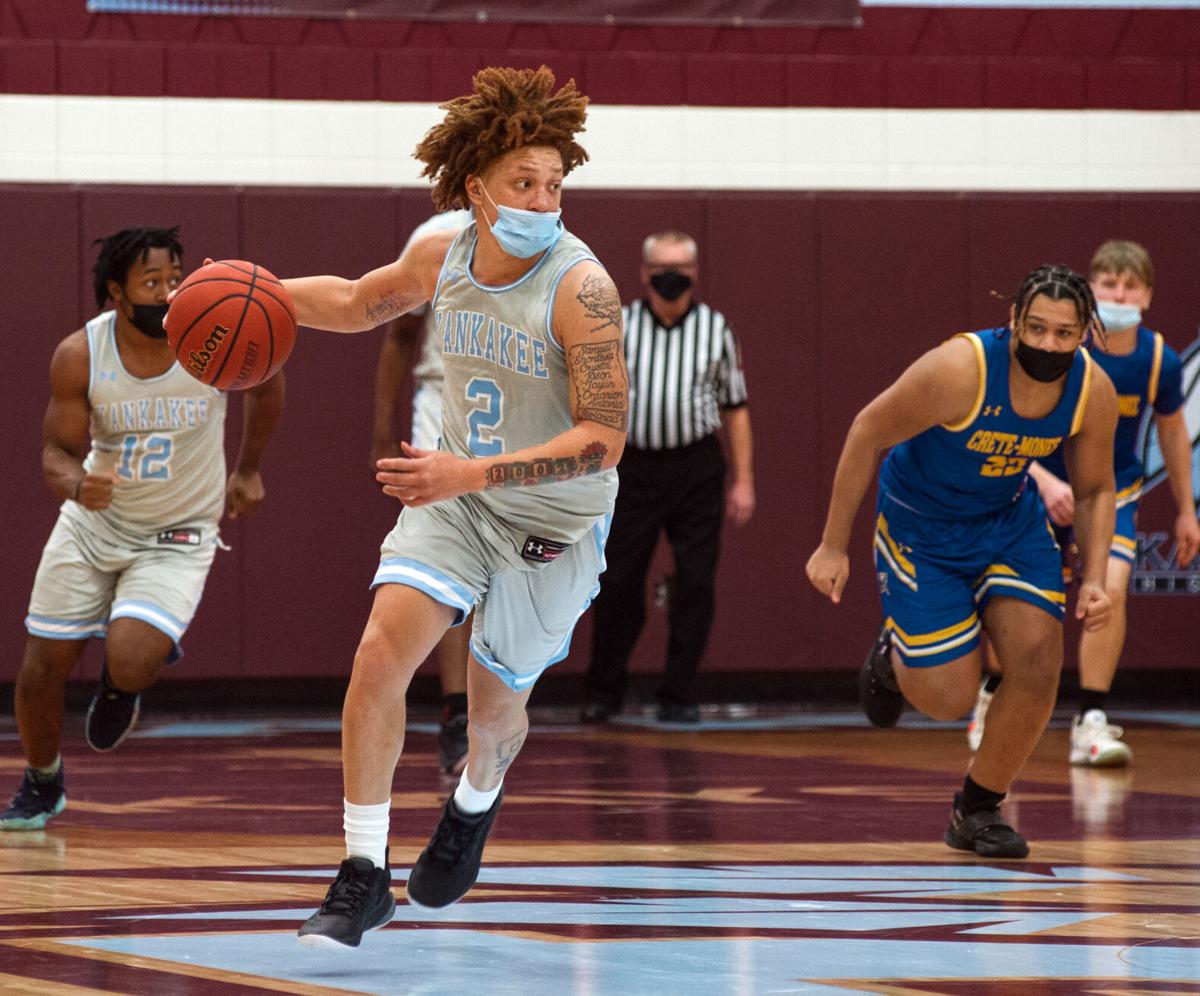 Kankakee’s Amarion Osborne leads on a break away during Monday night’s game against Crete-Monee. 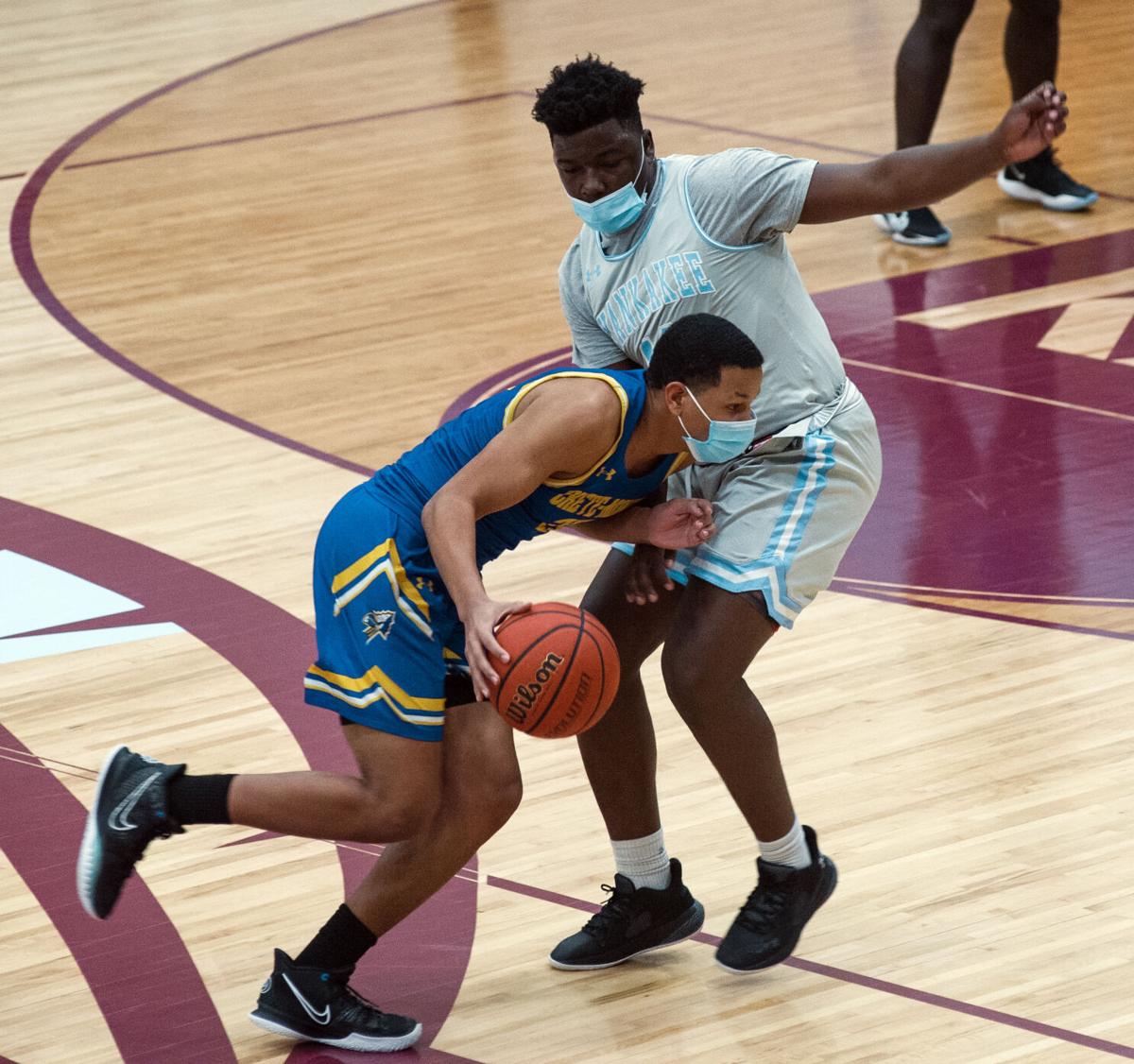 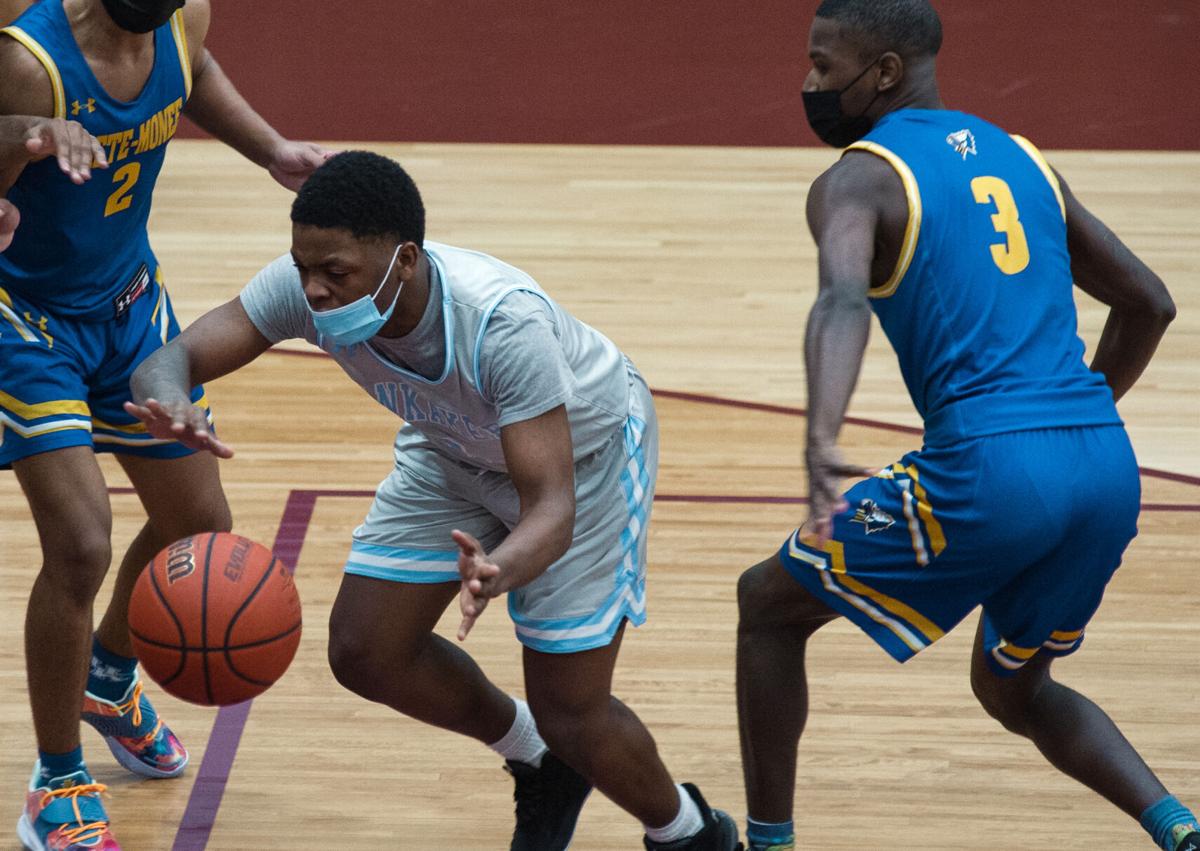 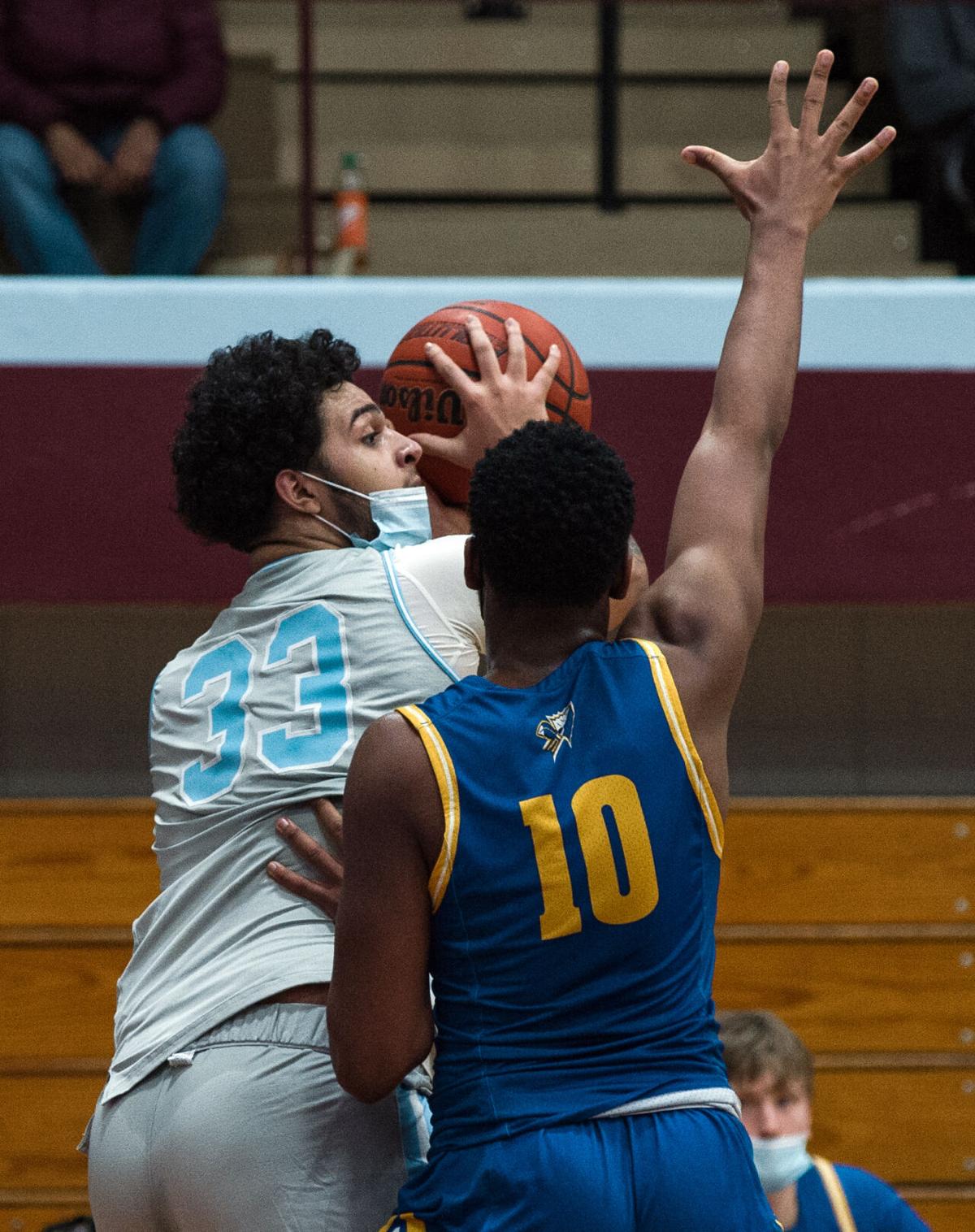 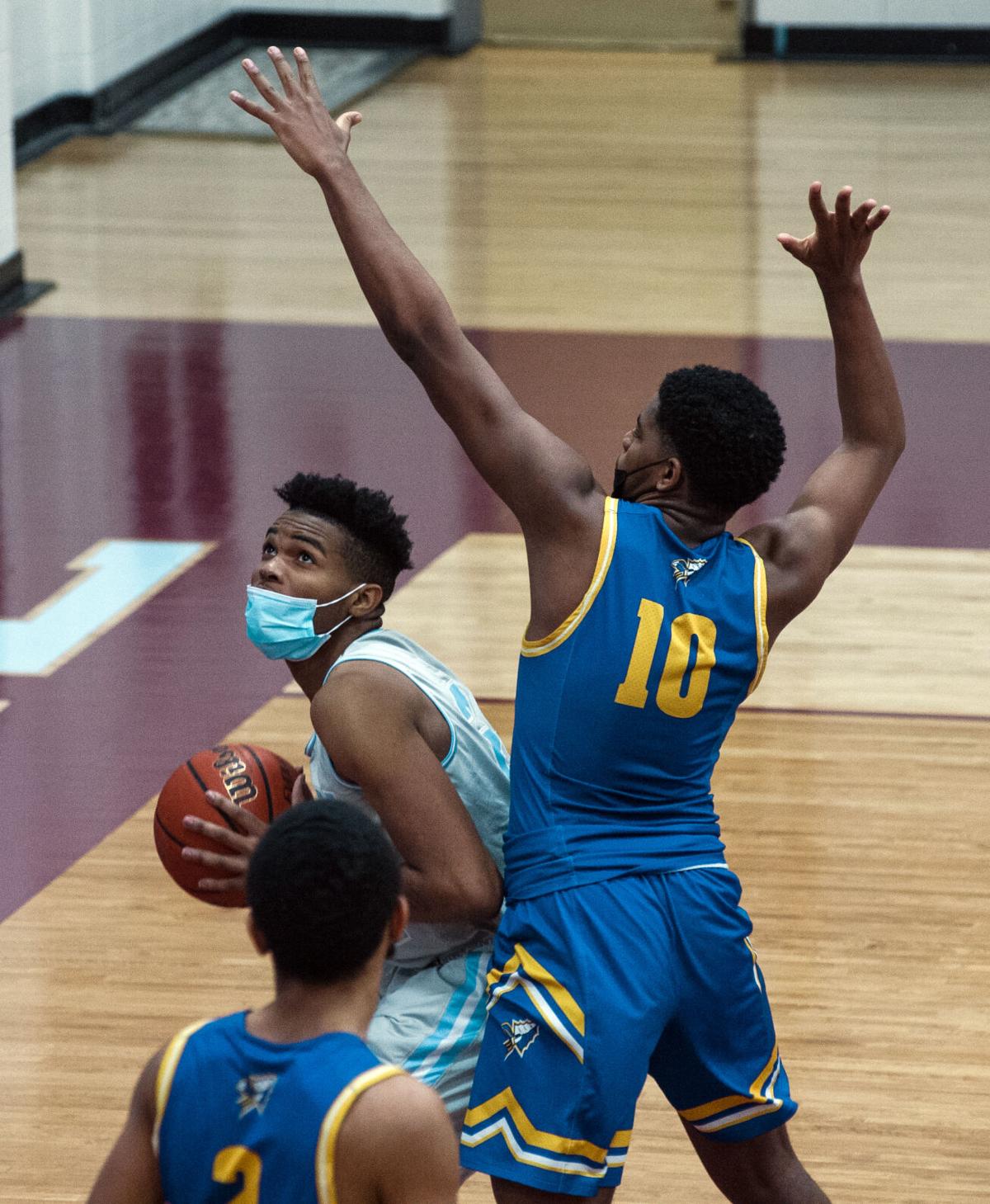 Kankakee’s Willie Strickland passes the ball before Crete-Monee’s Marquese Newsome can get a hand on it during Monday night’s game at Kankakee.

Kankakee’s Amarion Osborne leads on a break away during Monday night’s game against Crete-Monee.

KANKAKEE — As teens across the world became increasingly bored during the past year amidst the COVID-19 pandemic, millions have turned to the video app TikTok, where viral video challenges have become all the craze, including the “Flip the switch” challenge, where dancers stop midway through the Drake song “Nonstop” and totally change what they were doing.

The Kankakee boys basketball team did their best impression of that Monday, when the Kays entered the locker room with just a 23-19 lead against Crete-Monee at halftime before they came out and scored 28 of the first 32 points in the second half on their way to a 56-29 victory.

“We knew we had the potential to step out like that, especially if we stopped [the Warriors] from scoring,” said Kays coach Chris Pickett. “We talked about that at halftime — if we did the little things right we were gonna take off.

“When we don’t do the little things right, it’s very apparent, but when we do do them right, we can turn a 4-point lead into a 30-point lead.”

And Drake would call the Kays’ defense a Rolex, not a stopwatch because it never stopped. The Kays forced 24 Warriors turnovers, including eight in the fourth quarter, and scored 17 points off of those turnovers.

Amarion Osborne, who led the Kays in scoring for the second straight game with 18 points, said he and his teammates know they have the ability to pull out defensive performances like they did Monday.

“It doesn’t always come like that, but when we execute on defense, it changes everything,” Osborne said. “That’s not the first time we’ve done that.”

The Kays didn’t have the same output on the offensive end for much of the early going. Outside of Nate Hill, who scored all 8 of his points in the first quarter, there were more forced 3-pointers and missed layups than there were free-flowing possessions.

And it was that vaunted Kays defense that started giving the team more rhythm offensively. Tomele Staples and Pierre Allen led a defensive charge that gave the Kays several easy transition buckets between the middle of the third quarter and start of the fourth quarter, as what was a back-and-forth battle quickly became a running-clock blowout.

“I was really happy with the energy of Pierre Allen and Tomele Staples; they came out and gave us a spark,” Pickett said. “Nate Hill ignited us early; Kamar [Whitaker] made some plays, but that stretch with Pierre and Tomele, that was huge.”

Not only did the Kays get easy transition buckets, they also took every bit of momentum inside their home gym and kept it on the offensive end of the floor, where several players caught fire.

Osborne scored 10 points in the second half, and Whitaker added 9 of his 11 points in the final two frames. Willie Strickland made all three of his second-half field-goal attempts.

With so many different Kays making considerable contributions in several areas, a glaring omission from the scoring column was Kays guard Rashard Harris. Harris, who sat out the first half for a team decision, was held scoreless for the first time as a Kay and spent most of the second half in foul trouble.

Pickett credited Harris’ presence in the second half as a huge calming factor after their early offensive anxiety, and Osborne said the Kays have enough depth they easily can cover ground for each other.

“Our whole team could all be starters,” Osborne said. “Him not scoring didn’t hurt us too badly at all.”

The Kays, who sit at 6-0 and 5-0 in the Southland Athletic Conference, host Rich Township at 7 p.m. tonight.

Hours after his brother's funeral, Kankakee's Amarion Osborne led the Kays to victory over Lincoln-Way West.

PEOTONE — When the Bishop McNamara and Peotone boys basketball teams got together Saturday, they both needed to come into the nonconference ma…

The Irish earned a big conference win while the Tigers won their second CCAC women's basketball title in three years.

It was a busy night of prep hoops Friday.

The Kays looked to be in jeopardy of their first loss of their season before Rashard Harris sent the game to overtime, where the Kays pulled away.

BOYS BASKETBALL: Watseka closes in on SVC with win at Iroquois West

Despite a dazzling display from Jack McMillan, Watseka held off and then pulled away from Iroquois West Tuesday.

Some of the best local sports photos from early May.