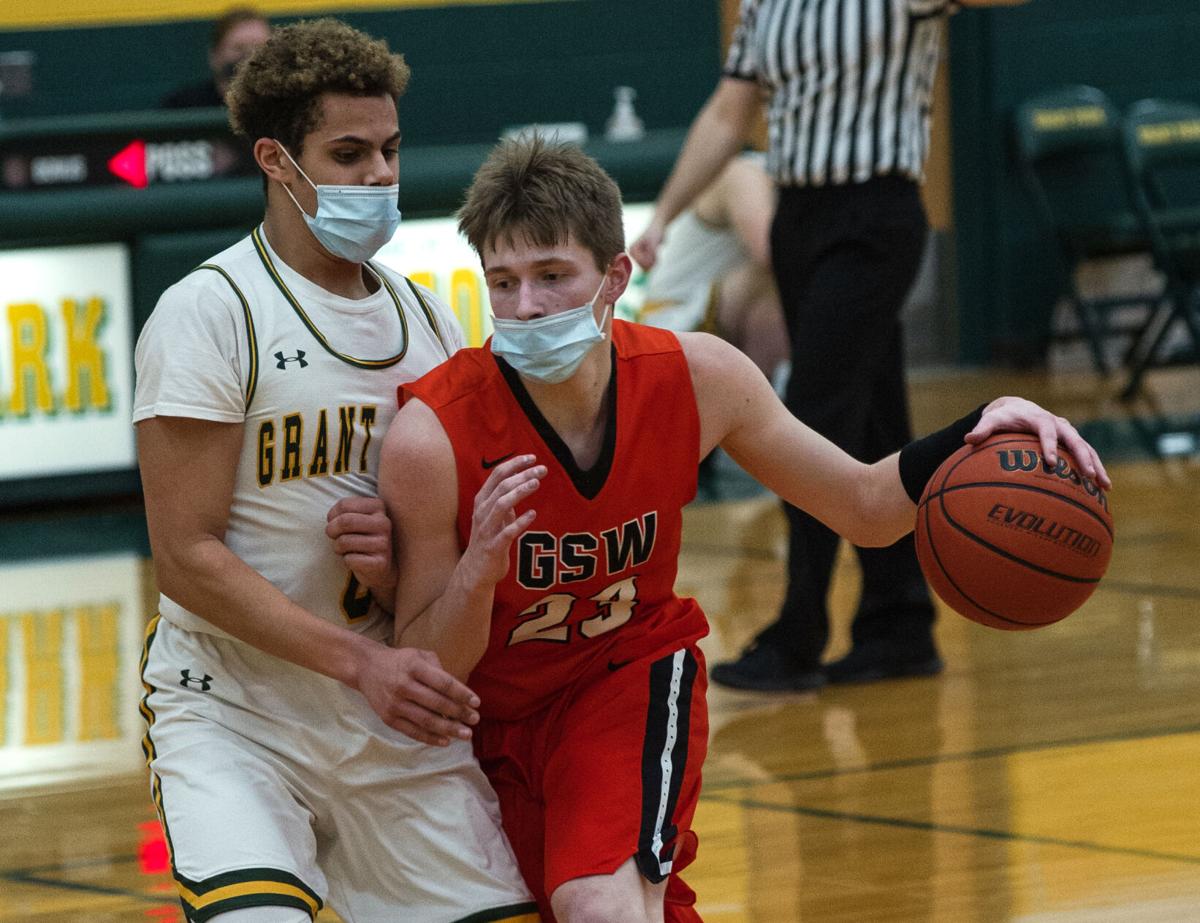 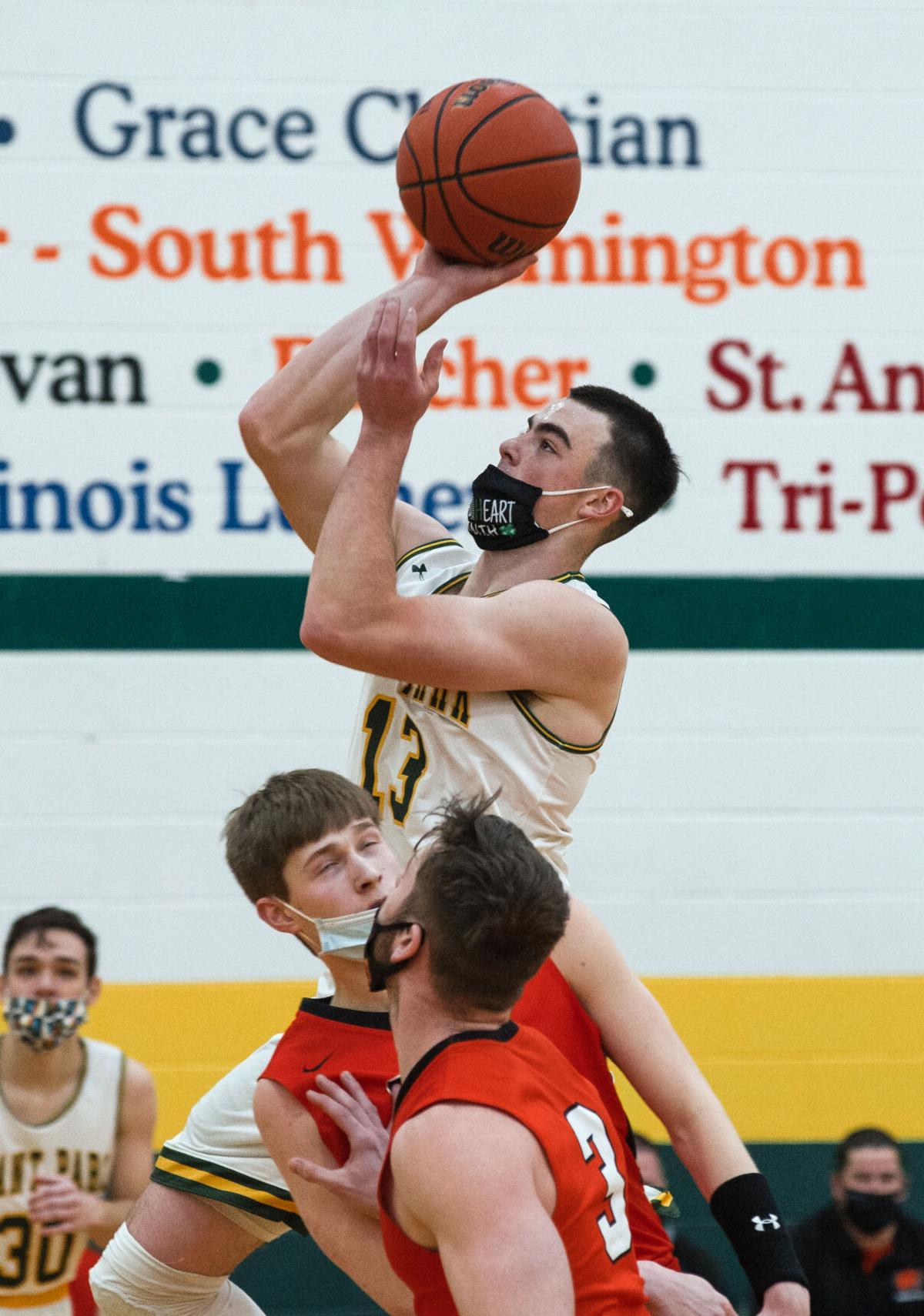 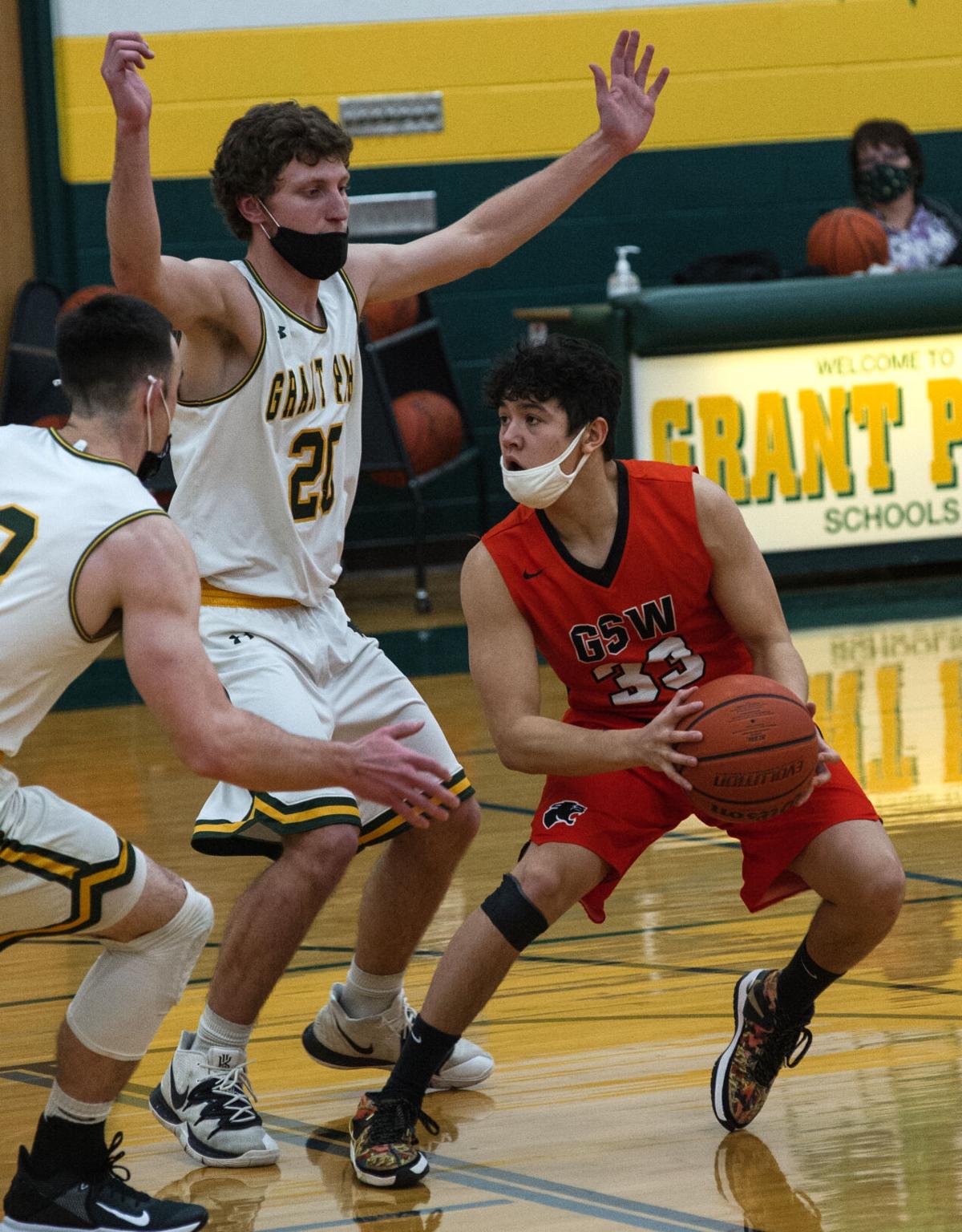 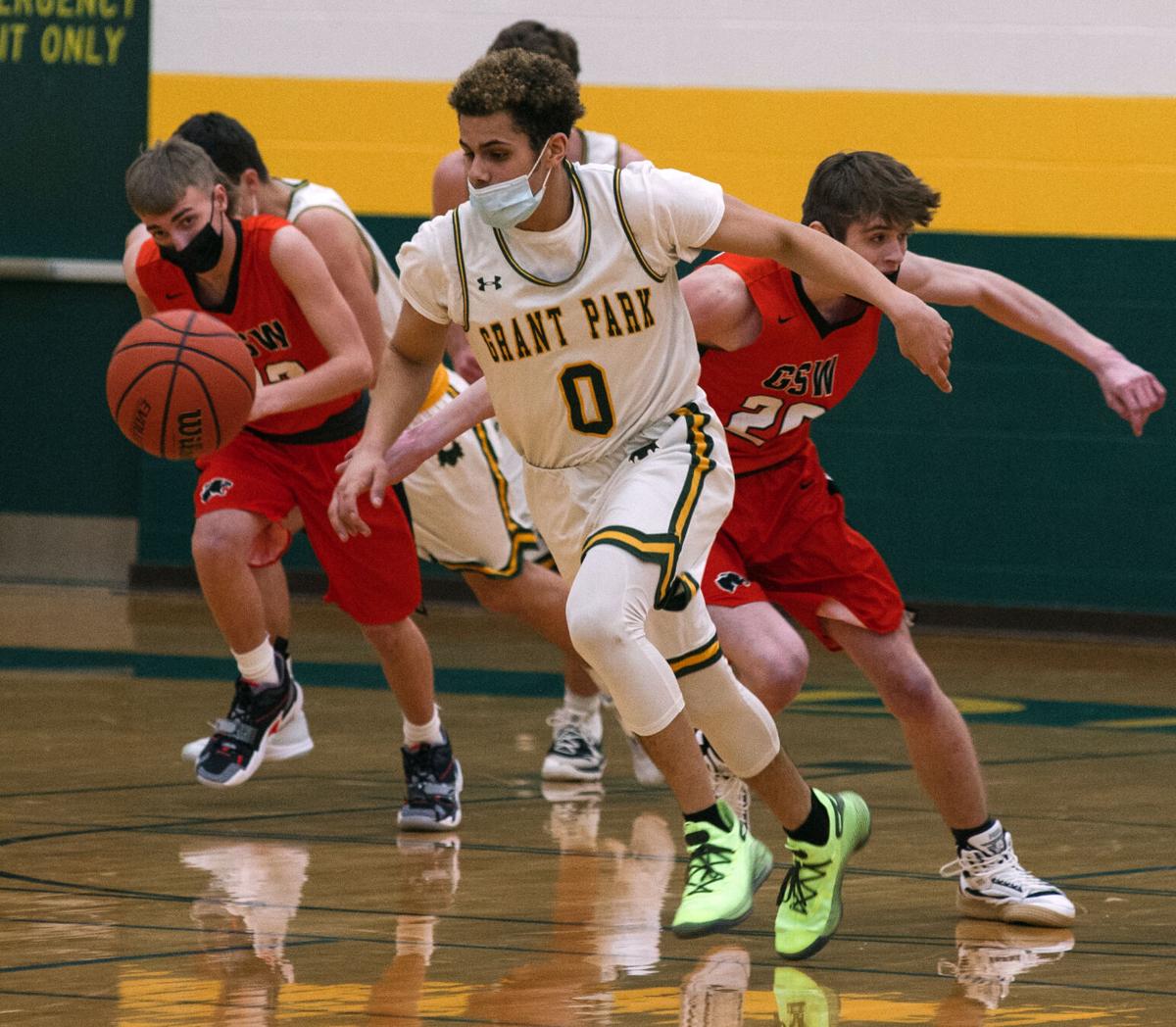 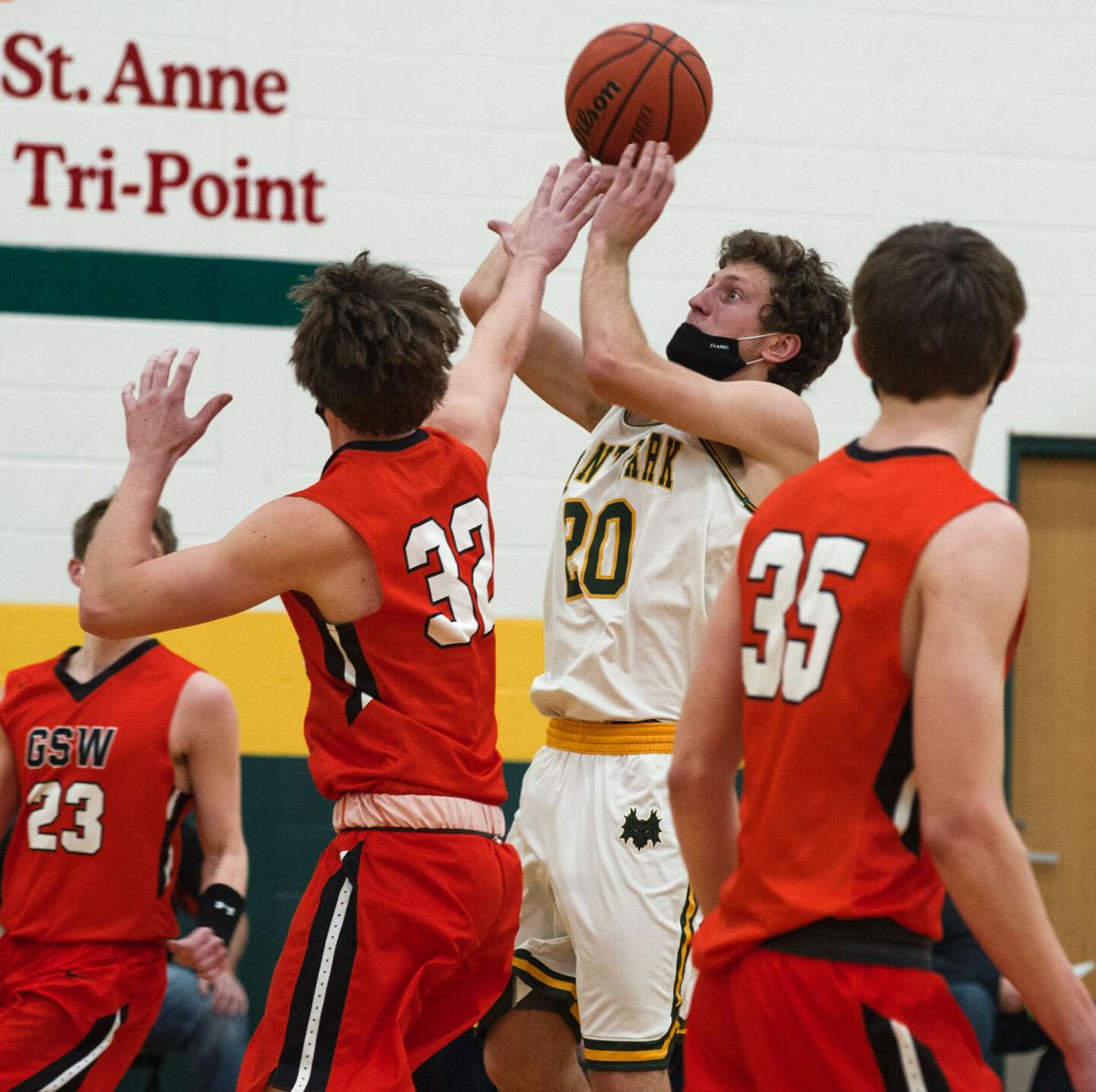 Grant Park High School’s Troy Reynolds elevates for a shot as Gardner-South Wilmington High School’s Brandon States tries to get a hand in his face during Tuesday night’s game in Grant Park. 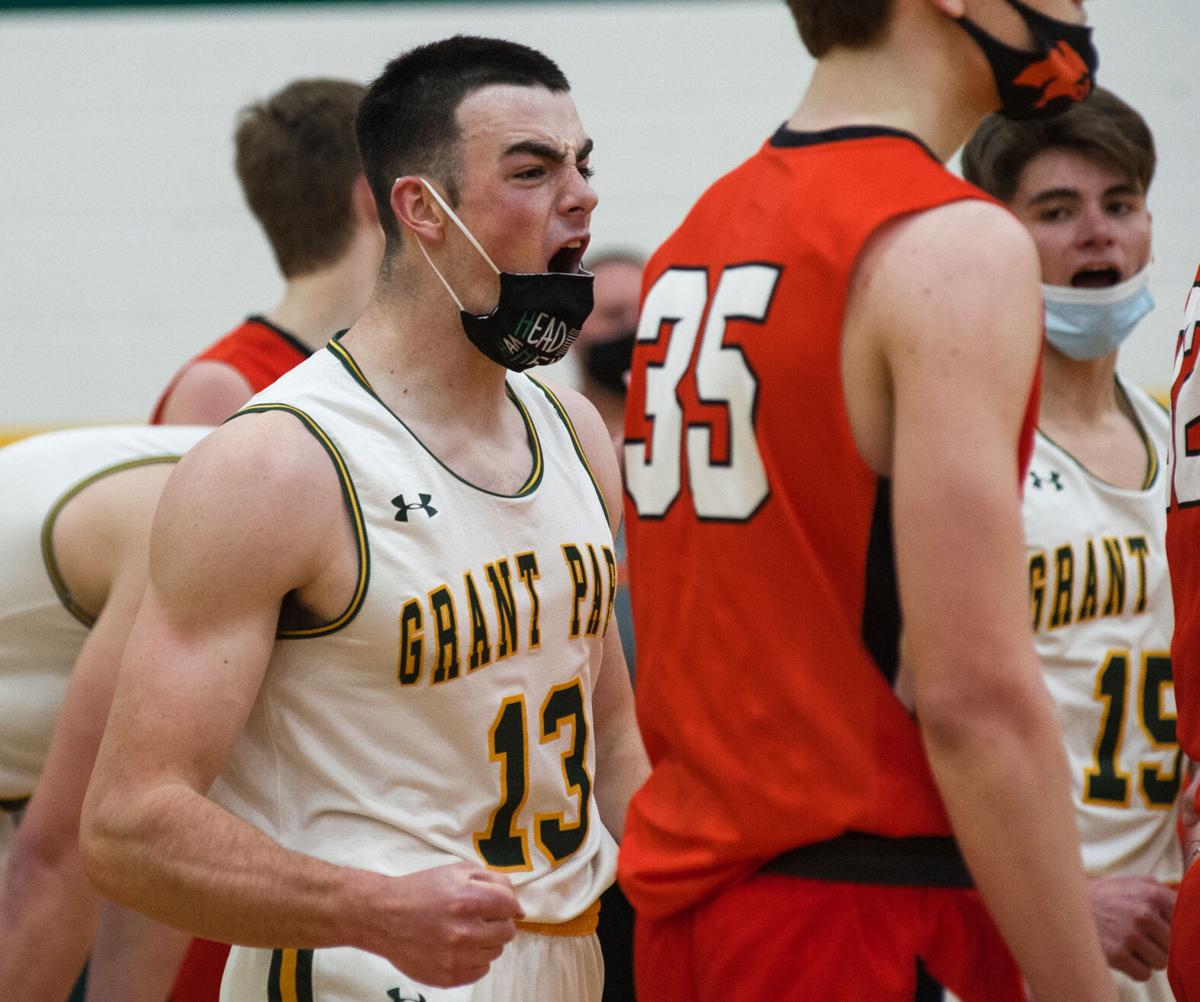 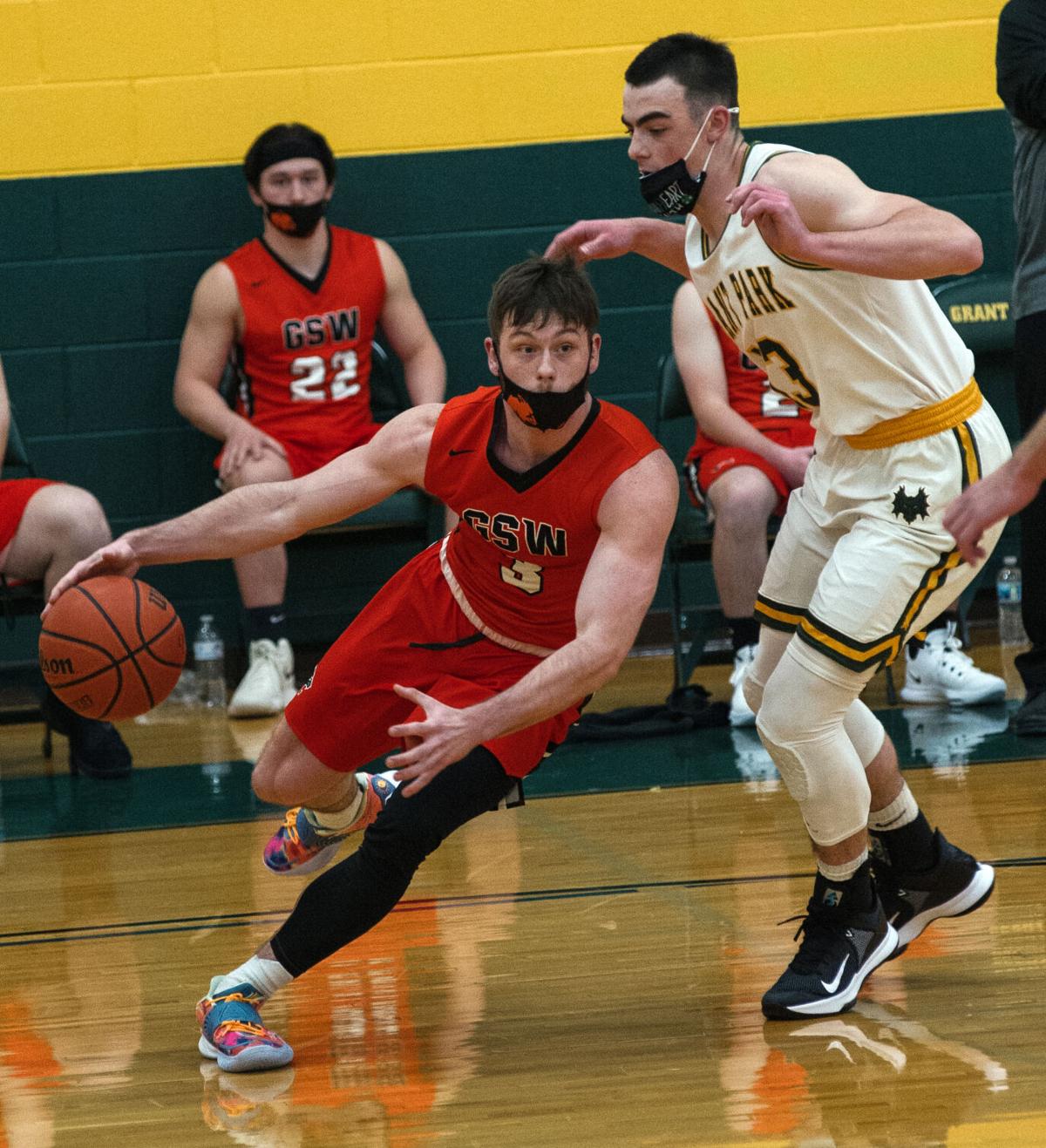 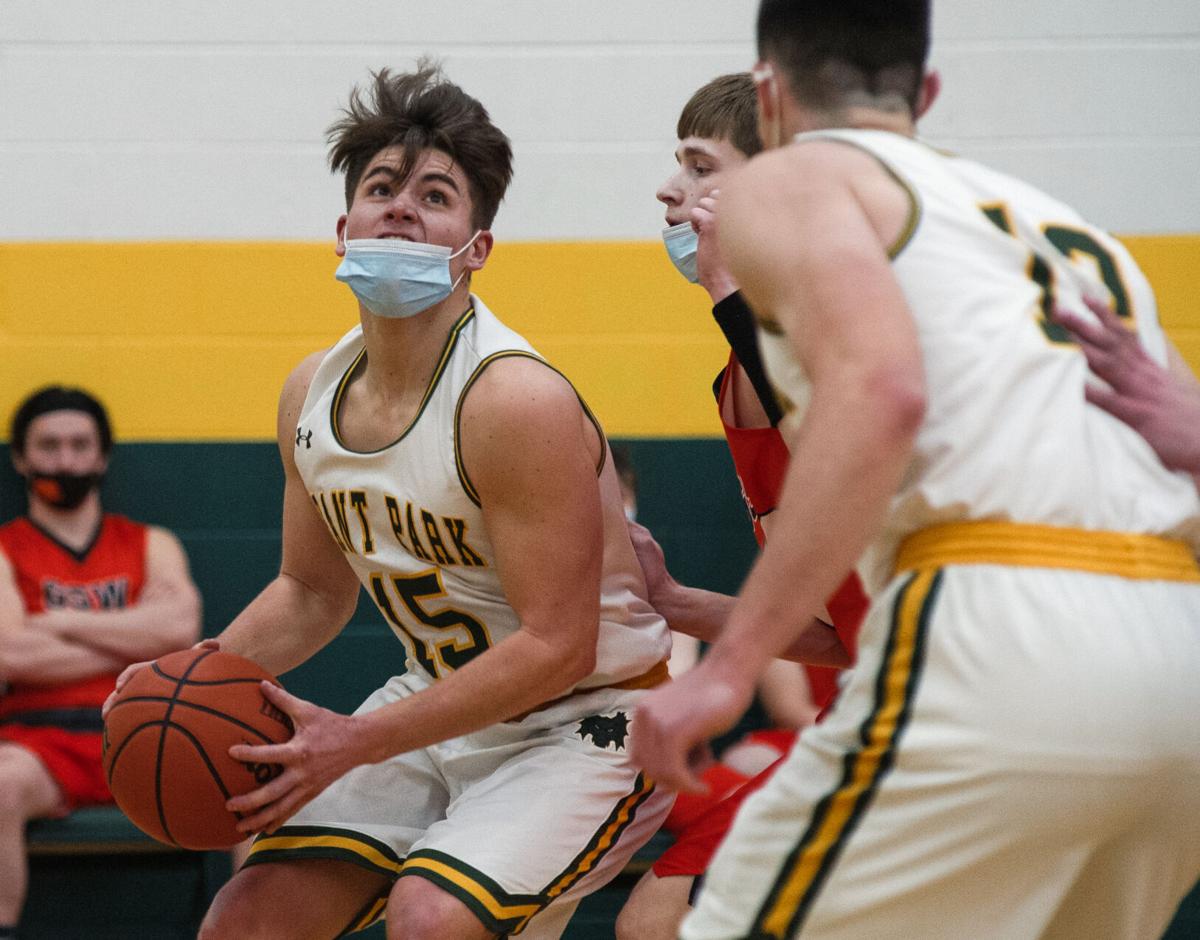 Grant Park High School’s Troy Reynolds elevates for a shot as Gardner-South Wilmington High School’s Brandon States tries to get a hand in his face during Tuesday night’s game in Grant Park.

GRANT PARK — In most cases, when a road team has its best player disqualified in the fourth quarter and allows six straight free throws in a tight game, that road team goes on to lose momentum and usually the game.

But Tuesday’s boys basketball game between Gardner-South Wilmington and Grant Park was anything but usual.

Panthers guard Chris Bexson, who scored his 1,000th career point in the third quarter, was assessed a pair of technical fouls two minutes into the fourth quarter, one after apparently speaking to a teammate and another on his way to the bench. The Dragons were awarded a total of six free throws after a foul had been called before the technicals but only made two of them, as the Panthers pulled together to take over the remainder of the game and win by a 58-50 final.

The Panthers already had been on a roll, scoring 10 straight to tie the game at 38 before the game-changing events. After the Dragons failed to capitalize at the line to swing the momentum, Panthers coach Alan Wills said his team rallied together to finish off their River Valley Conference rivals.

“We kept our composure and started actually playing,” Wills said. “Obviously, it was a negative, but it sparked us, and we went on a decent run.”

Neither team had much juice from the jump, as the Dragons took a 27-25 halftime lead. They were able to expand that lead to as large as 10 in the second half, thanks in large part to Clayton McKinstry, who scored 18 of his game-high 21 points in the second half.

“Any time we get Clayton going, it’s usually scary because he can get his own basket, and along with that, he draws in defenders,” Dragons coach Bryce LaMore said. “We [just have to] hit more of those kick-out shots.”

Bexson reached his 1,000-point milestone on a third-quarter free throw early in the Panthers’ run, which started in the third and trickled into the fourth. A four-year varsity player who missed the first two weeks of the season because of COVID-19 contact tracing, Wills was proud to see Bexson earn such an accolade, even if it was in such a back-and-forth game.

“Unfortunately, we missed him early on, but we’re glad he’s back,” Wills said. “He’s worked hard for all four years, and it will be a game he’ll never forget for a couple reasons.

“He’s definitely our heart and soul, gets our team going and is a very good kid.”

Bexson was on the sidelines as the game hit its stretch run, when the Panthers relied on a trio of other players with several years of varsity experience in Brandon States, Nate Wise and Connor Steichen.

All three players came up huge on that 10-0 run, and all finished in double figures in the scoring column. Steichen led with 18 points, followed by States (16 points) and Wise (12 points).

“Connor’s been scoring great for us — averaging over 20 points — and we need to get him the ball,” Wills said. “Nate and Brandon, too; they’re all post players and can hit the outside shot, too.

“They all have skills on both sides of the court, and we needed all three of them tonight.”

Both teams shot 32 free throws. The Dragons made 19, and the Panthers made 18.

Wise notched a double-double with 10 rebounds, three assists, two steals and two blocks in addition to his dozen points.

Full rankings are all four girls and boys classes can be found on page C2.

There were several nail-biting finishes in local prep basketball Tuesday.

The Bobcats made the most of their game with the Cardinals with a dominant second-half performance that allowed a 58-42 win.