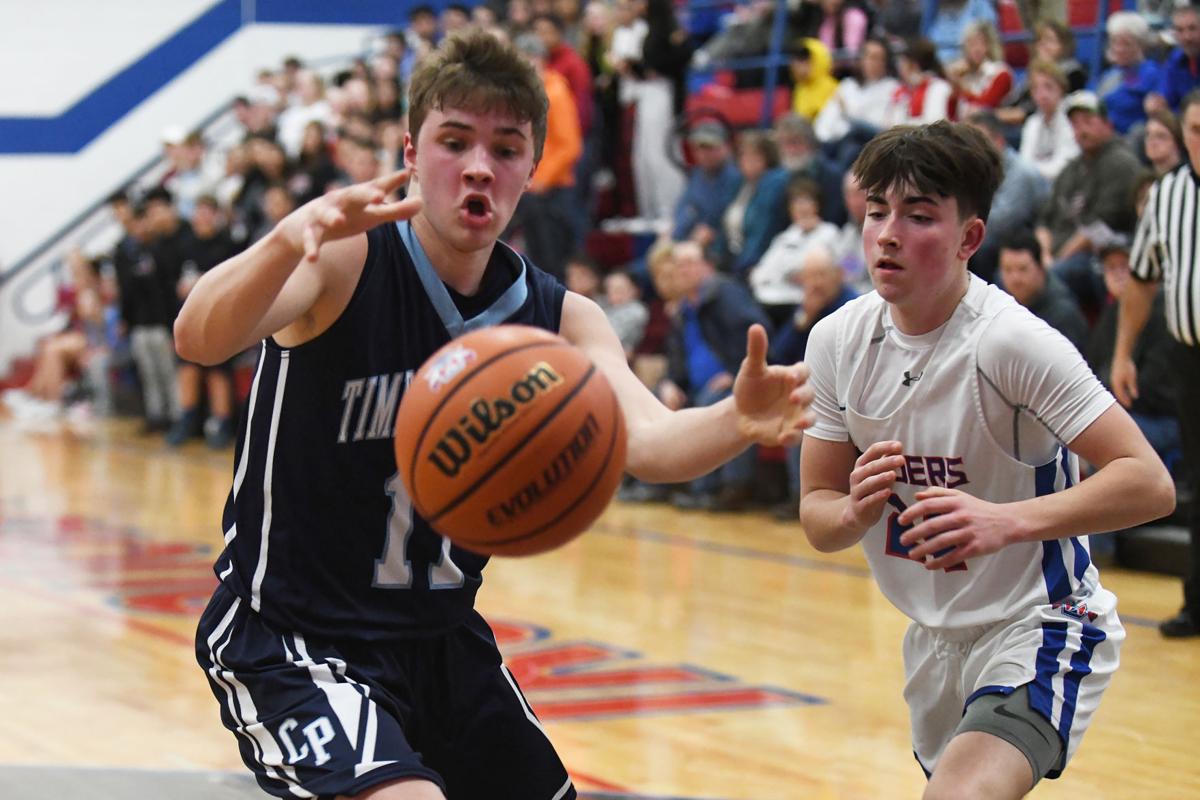 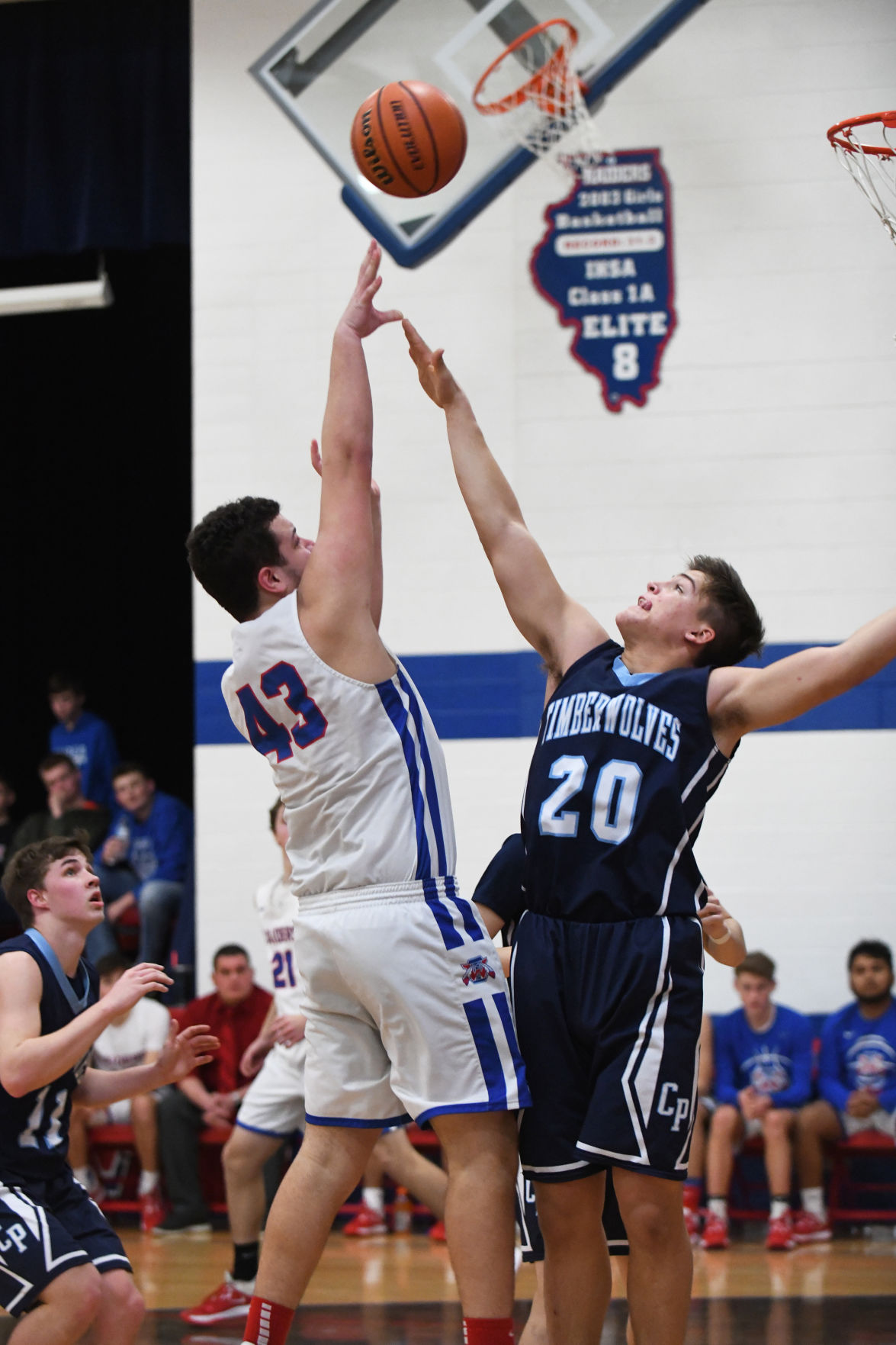 Cissna Park’s Penn Stoller, right, contests a shot by Iroquois West’s Zach Rice during the Timberwolves’ 64-43 victory over the Raiders on Friday night. 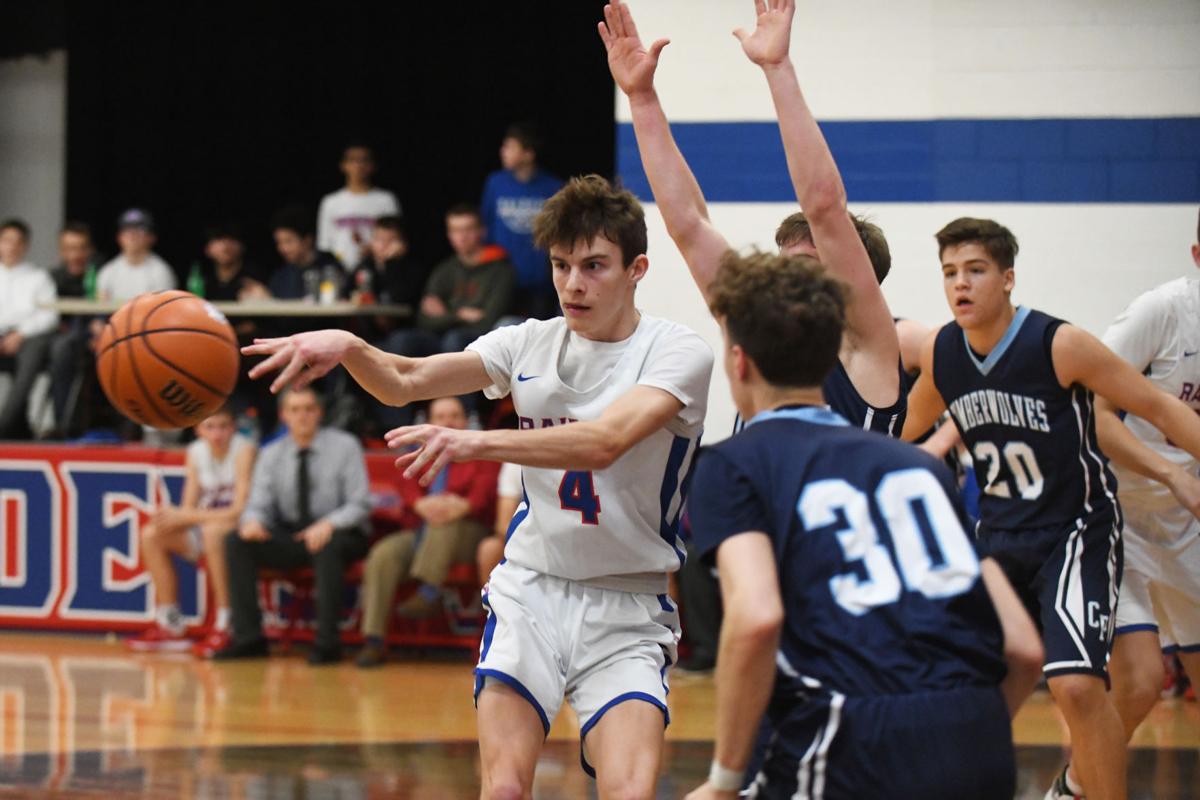 Iroquois West’s Kade Kimmel passes away from Cissna Park defenders during the Timberwolves’ 64-43 victory over Iroquois West on Friday night. 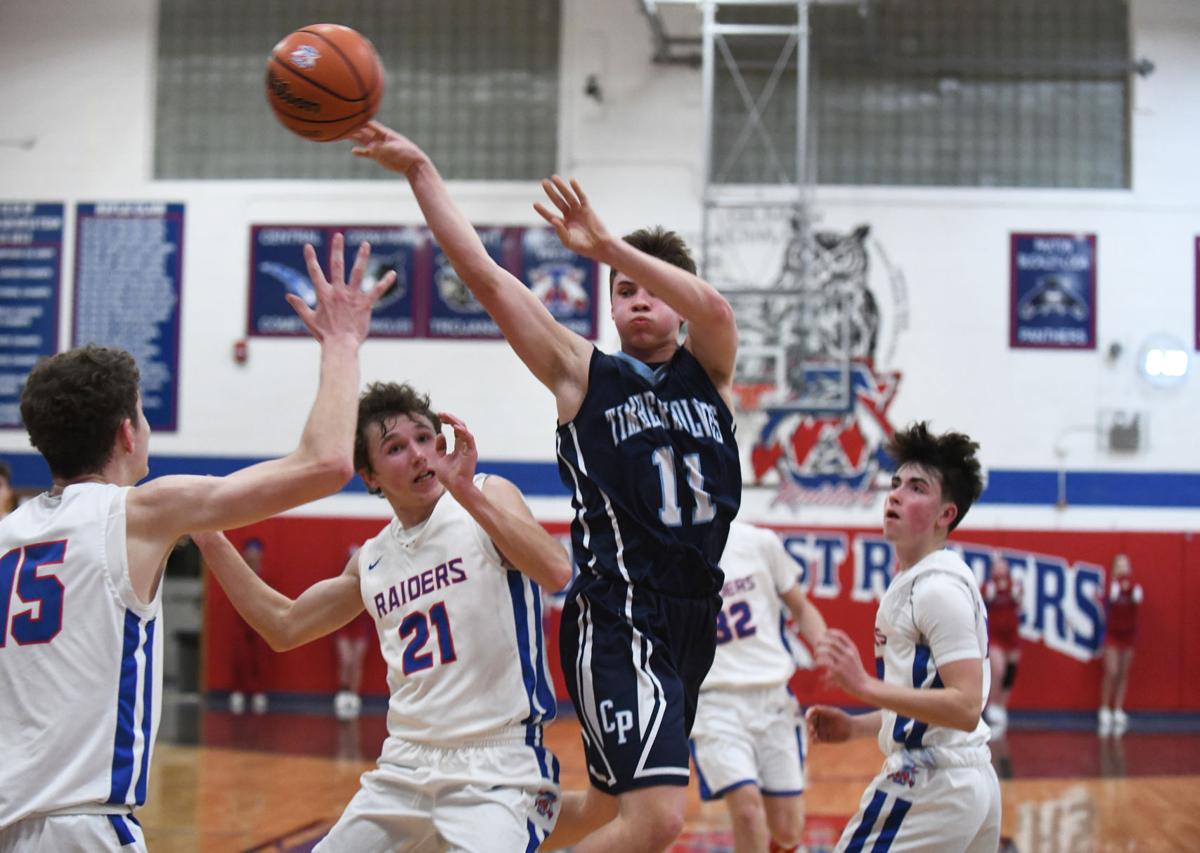 Cissna Park’s Keegan Boyle diverts a pass outside the lane during the Timberwolves’ 64-43 victory over Iroquois West on Friday night in Gilman.

Cissna Park’s Penn Stoller, right, contests a shot by Iroquois West’s Zach Rice during the Timberwolves’ 64-43 victory over the Raiders on Friday night.

Iroquois West’s Kade Kimmel passes away from Cissna Park defenders during the Timberwolves’ 64-43 victory over Iroquois West on Friday night.

Cissna Park’s Keegan Boyle diverts a pass outside the lane during the Timberwolves’ 64-43 victory over Iroquois West on Friday night in Gilman.

While the people and methods aren't quite the same as past years during Friday night's Sangamon Valley Conference tilt at Iroquois West, the scoreboard was. Thanks to 7-0 and 8-1 runs in the third quarter and a balanced offense, the Timberwolves left Gilman with a 64-43 victory.

The win improved their overall standing to 10-4 in their conference opener, while the Raiders fell to 6-8 (1-1).

"Our third quarter has been our best quarter the entire year, so we’ve been pushing," Cissna Park junior Ian Rogers said of the Timberwolves' ability to take control in the third. "We identify [changes] and come out with more energy and are ready to go.”

Off the bat, Gavin Speirs drilled a pair of 3-pointers to give the Timberwolves a 6-0 lead less than a minute in, but that was followed by a three-plus minute dry spell after a pair of Raider buckets.

Cissna Park led 16-8 after a quarter and 32-23 at the half, as Jack McMillan's 12 first-half points on a variety of acrobatic finishes near the basket kept the Raiders within striking distance.

McMillan, who began seeing varsity minutes two years ago as a freshman, has continued to improve in front of coach Zach Monk.

"This is his third year with me and he’s taken a step forward every year," Monk said of his junior guard. "I hope he continues to evolve and continue to be aggressive offensively, especially how he was in the first half tonight.”

It was the Timberwolves who came out of the halftime break as the aggressor, getting a quick 3-pointer from Keegan Boyle and a pair of layups from Penn Stoller down in the post for a zippy 7-0 run.

Timberwolves coach Seth Johnson said that after Speirs opened the game with his quick 3-pointers, the team got a little too comfortable from distance, something that changed when they began feeding Stoller, who had eight points in the second half, and the rest of the Timberwolves' interior.

“Those two 3’s in the beginning were kind of fool’s gold, thinking we would come out hot and pour it on them," Johnson said. "We started settling for 3’s instead of working the ball around and getting their defense out of position ... but then we hit eight out of 10 buckets (from) within five feet.”

By the time the third quarter ended, the Timbervolves built their lead up to 51-35, allowing them to cruise for the final eight minutes. Despite the final score, Monk told his team he felt as if they were in the game much closer than the score indicated, particularly against a program as prestigious as Cissna Park.

“I told the kids we lost by 21 but it didn’t feel like that for 95 percent of the game," Monk said. "[The Timberwolves] are one of the best teams in the area and that's where we want to get to.

"If we can keep working, keep plugging away and a couple different things happen, I like our chances moving forward.”

Meanwhile, while Johnson is new to his varsity head coach role, he spent the past several seasons under Long as the junior varsity coach, allowing him plenty of time with the current varsity group, one that has been overlooked after the program graduated so much talent last year.

"These guys have been playing underneath those five seniors from last year and these guys are talented," Johnson said. "They know the game and learned phenomenal things from coach Long and those seniors last year."

“That’s definitely where we want to be," Rogers said of the offensive diversity. "We love having multiple guys in double-digit scoring and look to get everyone the ball.”

Both teams will hit the hardwood again on Tuesday at 7 p.m. The Timberwolves host South Newton and the Raiders are at Prairie Central.