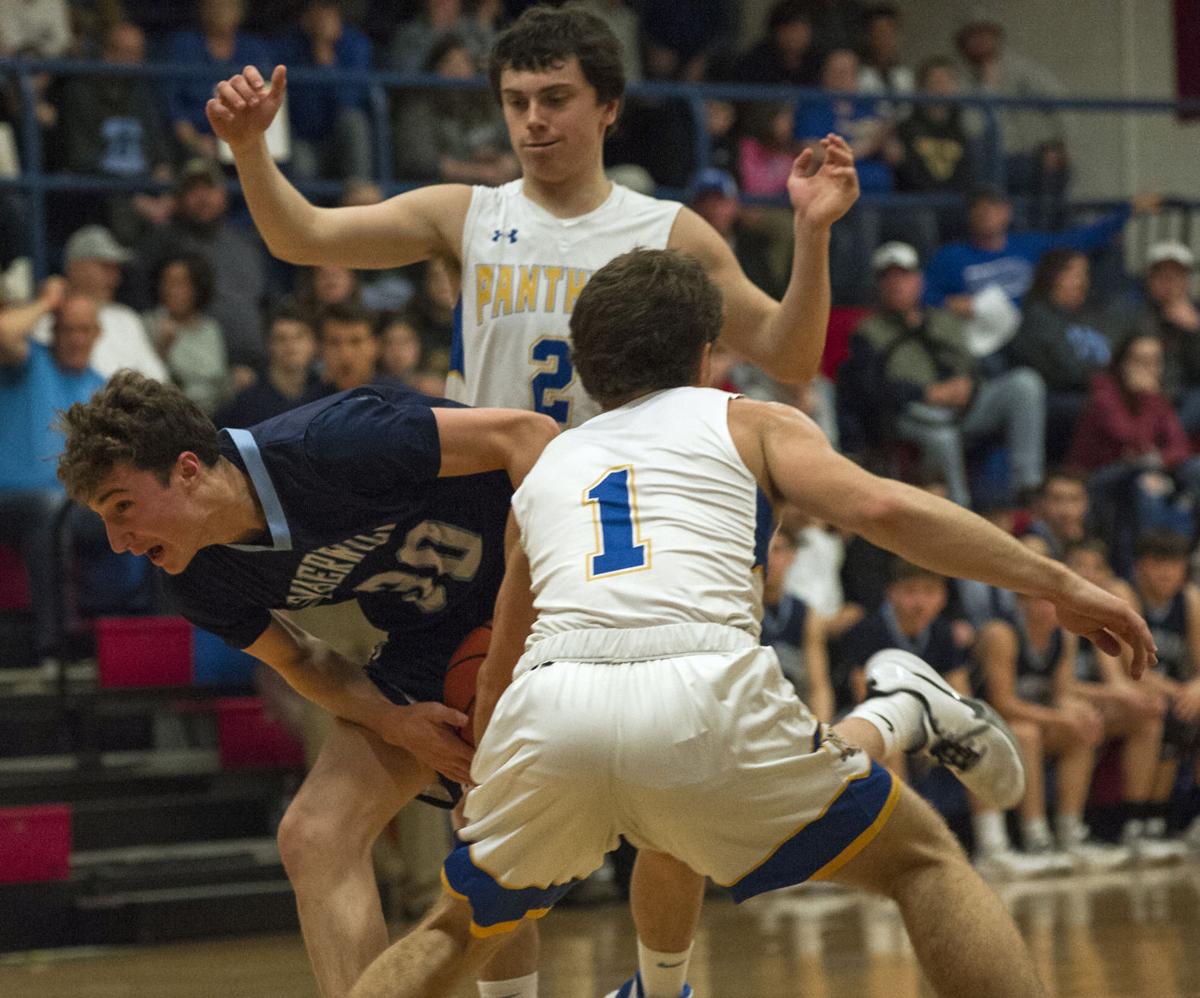 Cissna Park's Gavin Speirs stumbles as he tries to move the ball between Paxton-Buckley-Loda's Drake Schrodt (1) and Gavin Coplea (2) during the championship game of the SVC tournament in Onarga on Saturday night. 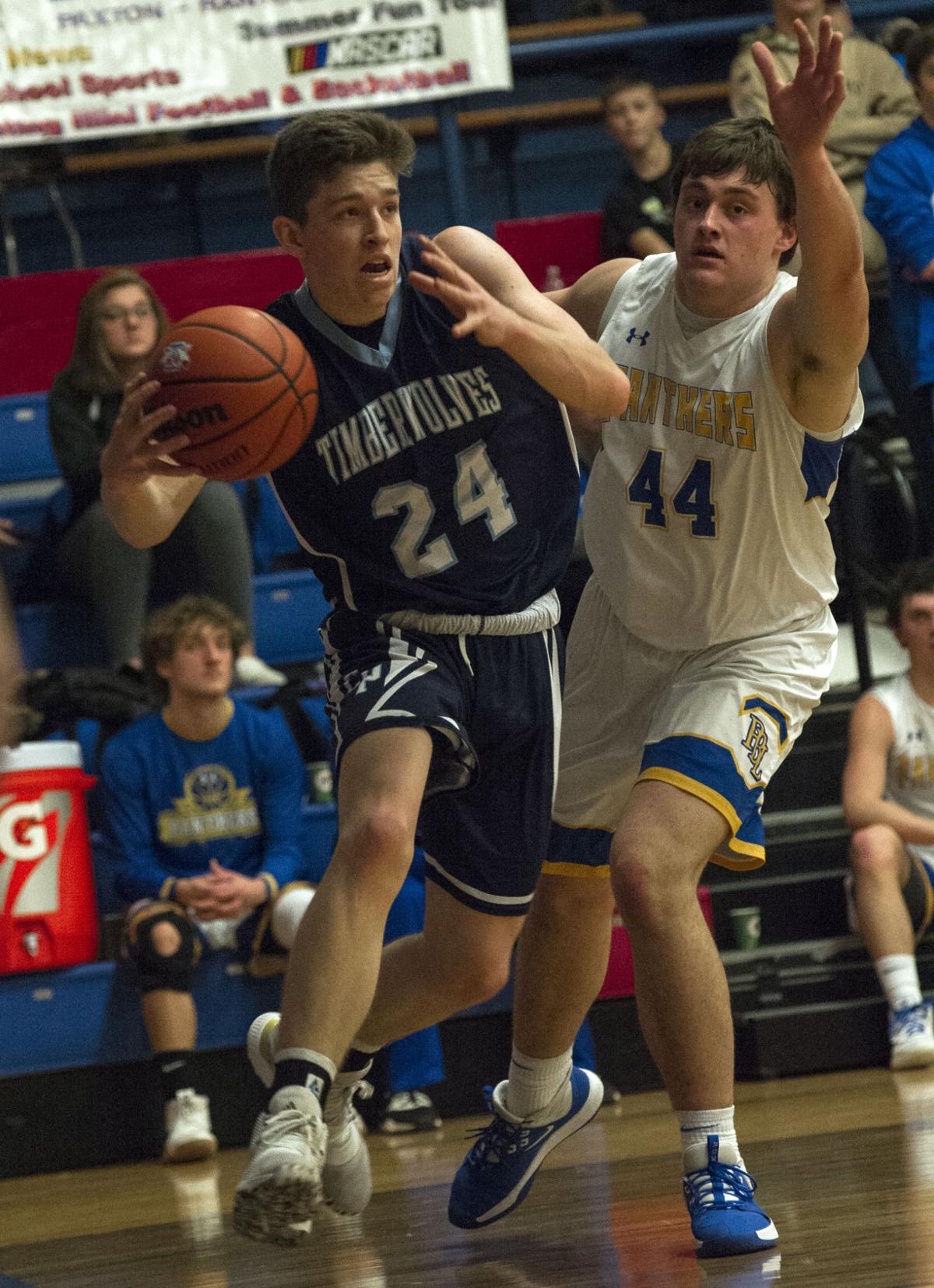 Cissna Park's Ian Rogers makes a drive toward the net as Paxton-Buckley-Loda's Alex Rueck guards during Saturday night's championship game of the SVC tournament in Onarga. 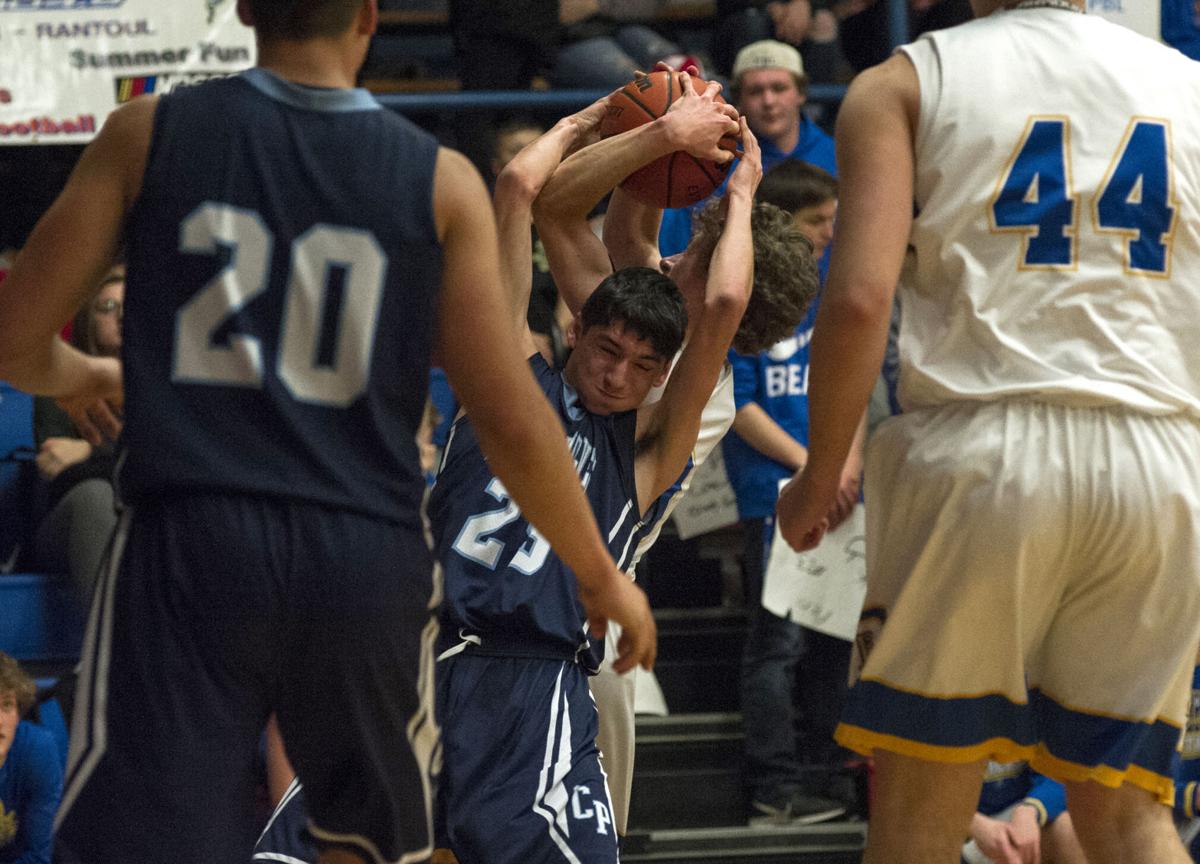 Cissna Park's Malaki Verkler, center, tries to contain a rebound over Paxton-Buckley-Loda's Trey VanWinkle during the championship game of the SVC tournament in Onarga on Saturday night. 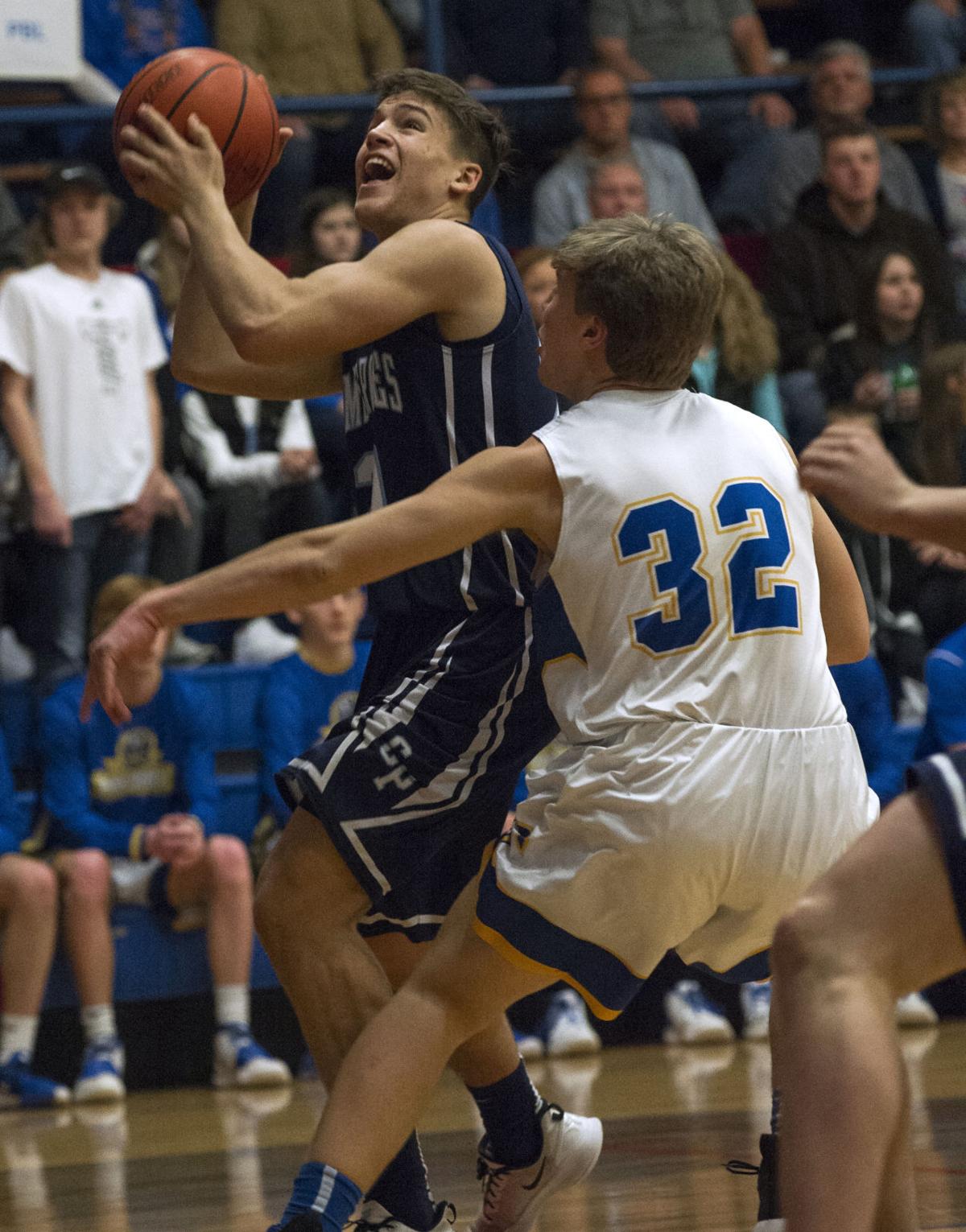 Cissna Park High School's Penn Stoller looks to get a shot off while Paxton-Buckley-Loda High School's Dalton Busboom guards during the championship game of the SVC tournament in Onarga Saturday night.

Cissna Park's Gavin Speirs stumbles as he tries to move the ball between Paxton-Buckley-Loda's Drake Schrodt (1) and Gavin Coplea (2) during the championship game of the SVC tournament in Onarga on Saturday night.

Cissna Park's Ian Rogers makes a drive toward the net as Paxton-Buckley-Loda's Alex Rueck guards during Saturday night's championship game of the SVC tournament in Onarga.

Cissna Park's Malaki Verkler, center, tries to contain a rebound over Paxton-Buckley-Loda's Trey VanWinkle during the championship game of the SVC tournament in Onarga on Saturday night.

Cissna Park High School's Penn Stoller looks to get a shot off while Paxton-Buckley-Loda High School's Dalton Busboom guards during the championship game of the SVC tournament in Onarga Saturday night.

ONARGA — After going 2-0 to begin the Sangamon Valley Conference Tournament, second-seed Cissna Park found itself with a chance to take home the trophy Saturday in the tournament’s championship game at Onarga Middle School.

But the Timberwolves ran into No. 1 seed Paxton-Buckley-Loda. In a rematch of last year’s title game, one Cissna Park won by three points, it was the Panthers who were crowned 2020 champions with a 56-44 win.

P-B-L’s zone defense proved to be a huge component in the Timberwolves’ shortcomings.

“Our guys always fight hard, but I think we got boggled by their zone defense.” Cissna Park head coach Seth Johnson said. “That 1-2-2 is something that has bothered us all season.

“The first half I thought we were right there in a tie game going into halftime, but those first two minutes coming out of halftime, it was turnover after turnover.”

The Timberwolves really dug themselves in a hole in those opening moments of the second half, as a handful of turnovers allowed P-B-L to open the third quarter on a 9-2 run.

“I felt like a couple of my guys gave up, so I went to my bench,” Johnson said. “And I thought they worked a lot harder.”

The atmosphere of the crowd did not help the Timberwolves. In a championship game on a neutral site, it seemed as if it was a P-B-L home game. The Panther fans made up a majority of the crowd, which only intensified the pressure on Cissna Park.

Perhaps it even helped the Panthers on offense because Cissna Park routinely let backdoor cuts be open for P-B-L’s offense. This took pressure off the Panthers’ offense and allowed the Panthers to build off their lead even more.

The ‘Wolves ended up getting outscored 16-7 in the third quarter, and they never were able to recover. Trey VanWinkle outscored the entire Timberwolves offense in the third by himself, scoring eight points to lead the Panthers to their trophy.

“Today, we fought hard, but we just came up short,” Coach Johnson said.

Central got off to an incredible start shooting the basketball on its way to a third-place finish. The Comets jumped out to an early 19-10 first-quarter lead that grew to about 20 points before holding off the Cardinals’ second-half push to win by double-digits.

“We dug ourselves in too big of a hole,” St. Anne coach Rick Schoon said. “We did not come prepared to play today. Central came out and shot lights out to start the game, and we found ourselves in an 18-point hole.”

Nonetheless, in a game the Comets looked to be in total control, St. Anne displayed its mental toughness by storming all the way back. The Cardinals found themselves only down three points going into the final quarter.

This set up for a huge momentum shift in the game. Riding high on a bunch of confidence, St. Anne was able to take a three-point lead in the early parts of the fourth quarter. It did not last long, however, as defensive lapses caused the Cardinals to give the Comets easy scores.

“I thought we did a great job of coming back, but we just had some defense mistakes towards the end that allowed them to get easy buckets and take the lead again,” Central head coach Brent Offill said. “Then, shots weren’t falling for us, and we never recovered.”

The win got the Comets a much-needed victory for their confidence headed in the final stretch of the regular season, just a night removed from a commanding loss to Paxton-Buckley-Loda.

“I thought we came out really, really well,” Offill said. “After a tough loss [Friday], I was kind of concerned of how we were going to come out. ... The kids really responded well, and it helped we hit our first couple shots, and it got us in a nice rhythm. I thought it was a great team win.”

After allowing the Cardinals to erase the swollen lead the Comets built early on, Offill was pleased to see his team finish off a game.

“This is what we are trying to teach them to do,” Offill said. “Once we get a team down, we’ve to learn how to finish them off, and we are developing that.

“And as we get going, we are going to be better down the stretch.”

The mental toughness and growth displayed by the Comets on Saturday night did not go unnoticed by their coach.

“As soon as we got done with the game, I told them, ‘That was a mentally tough win,’” Offill said. “We were down three, and they could have packed it in, but we dug down and got some big stops ... and my guys really handled it well.”