Free access for current print subscribers
Get Started
You are the owner of this article.
Edit Article Add New Article
You have permission to edit this article.
Edit
Home
News
Sports
Opinion
Life
Obituaries
Calendar
Jobs & Classifieds
Lifestyles of Kankakee County
1 of 9 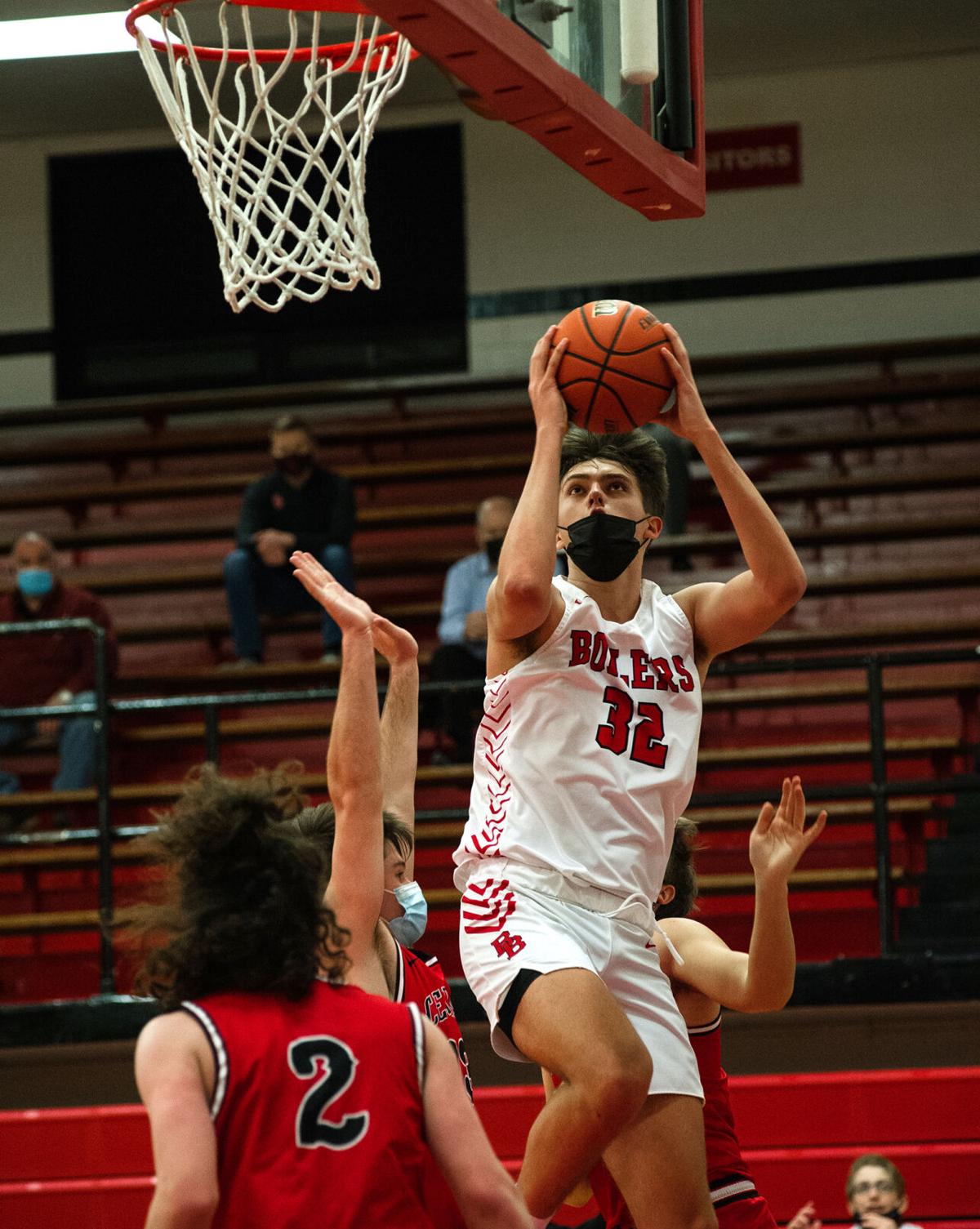 Bradley-Bourbonnais' Owen Freeman makes a drive toward the net during Tuesday night’s game against Lincoln-Way Central. Freeman had 27 points and 13 rebounds in the Boilermakers' 76-67 loss. 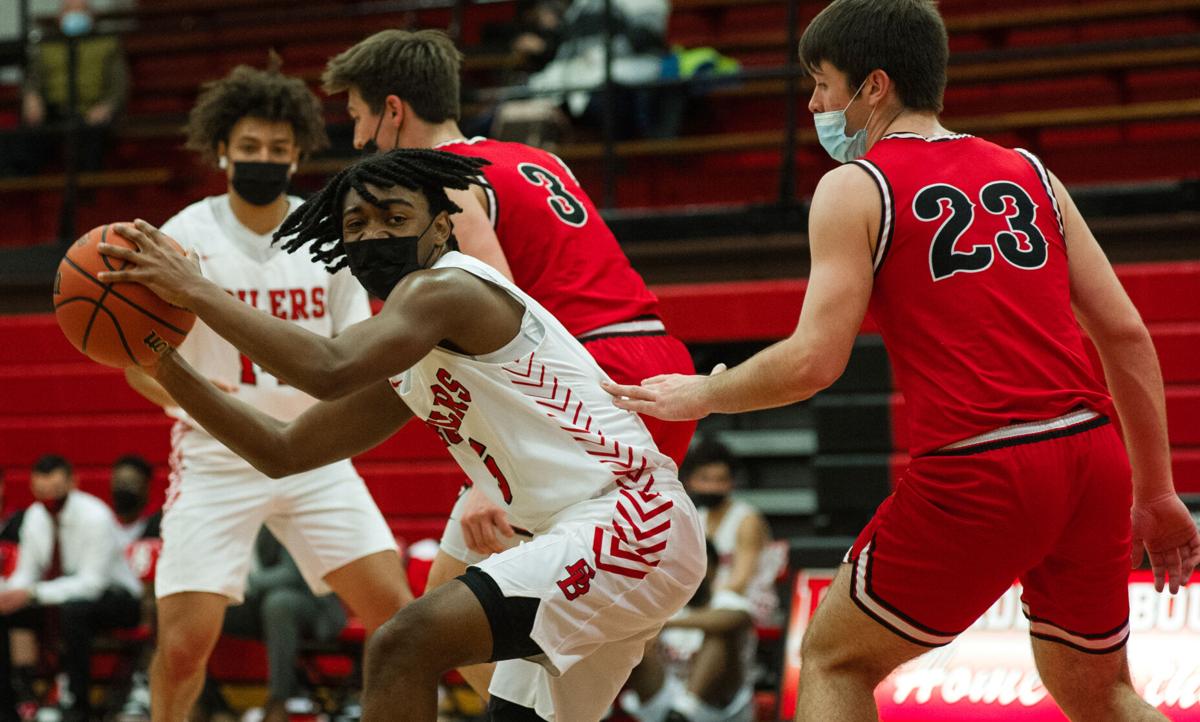 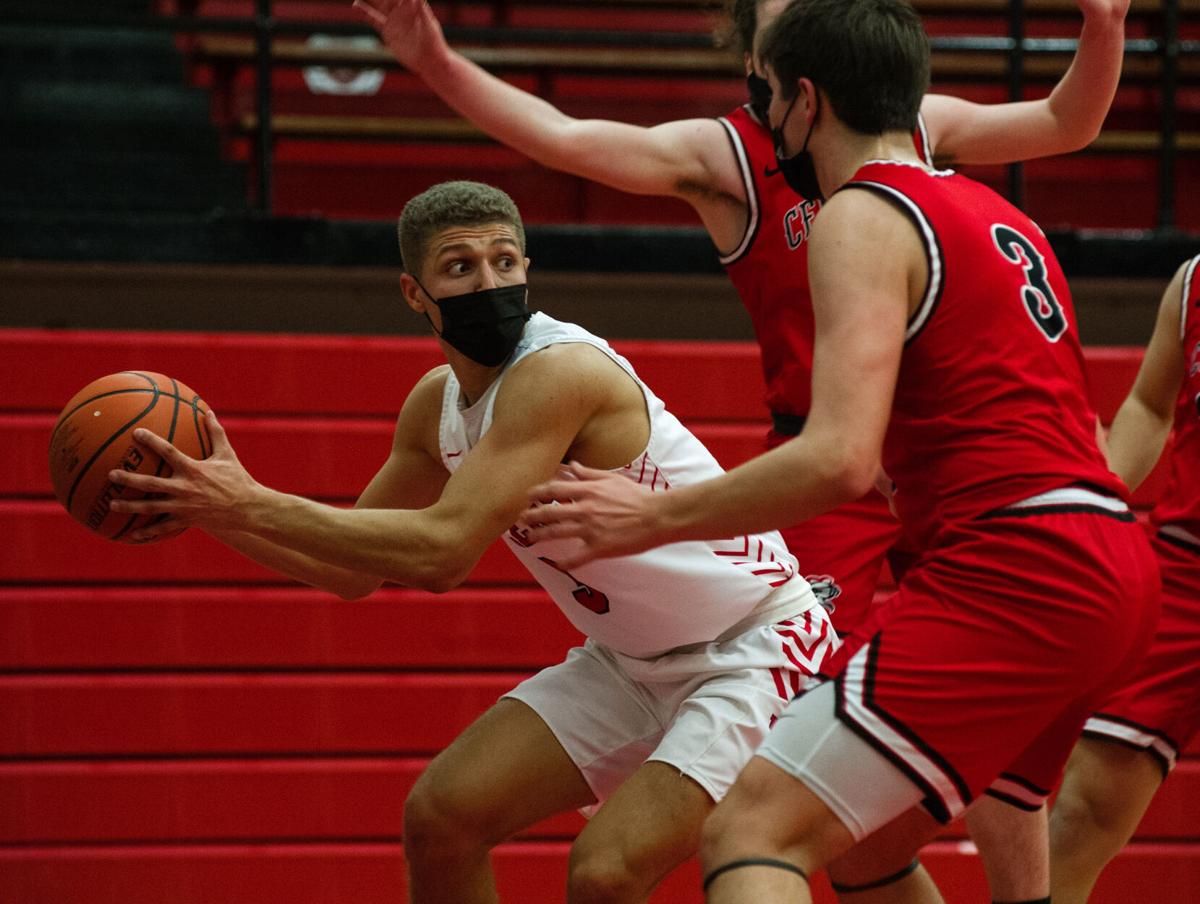 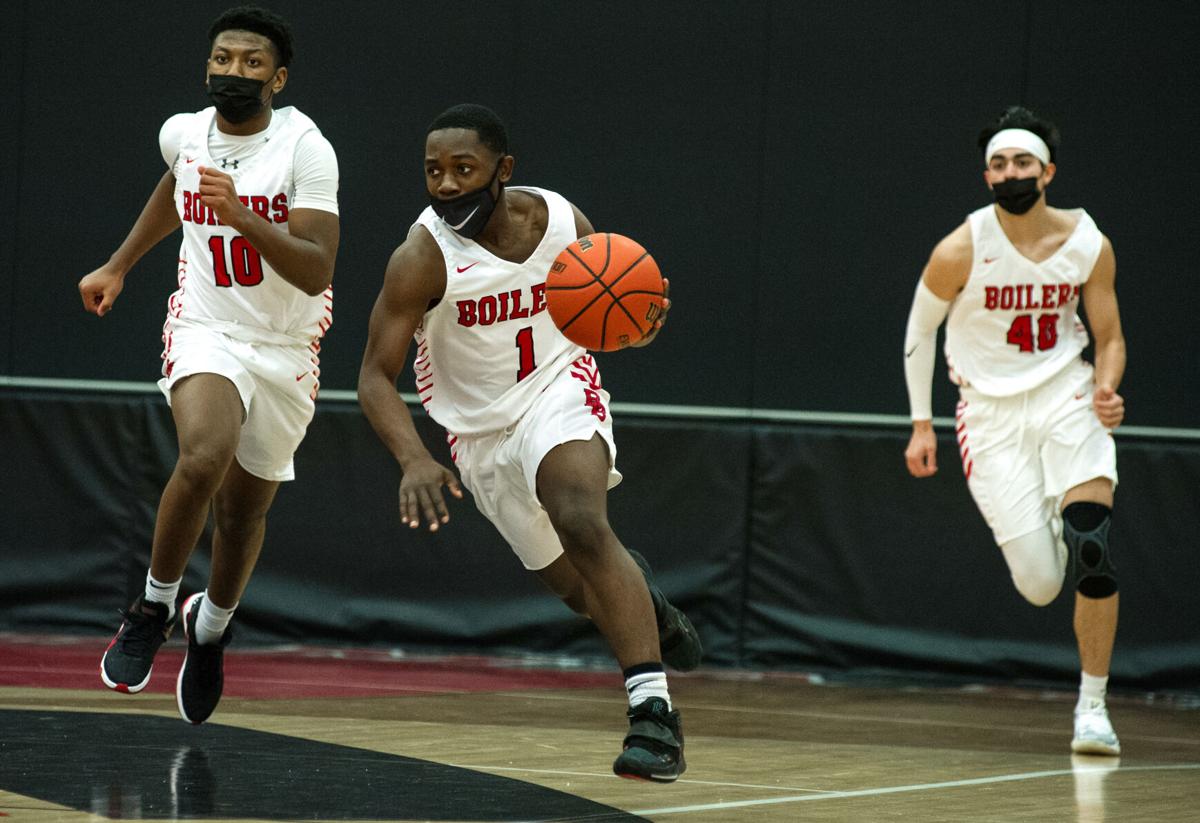 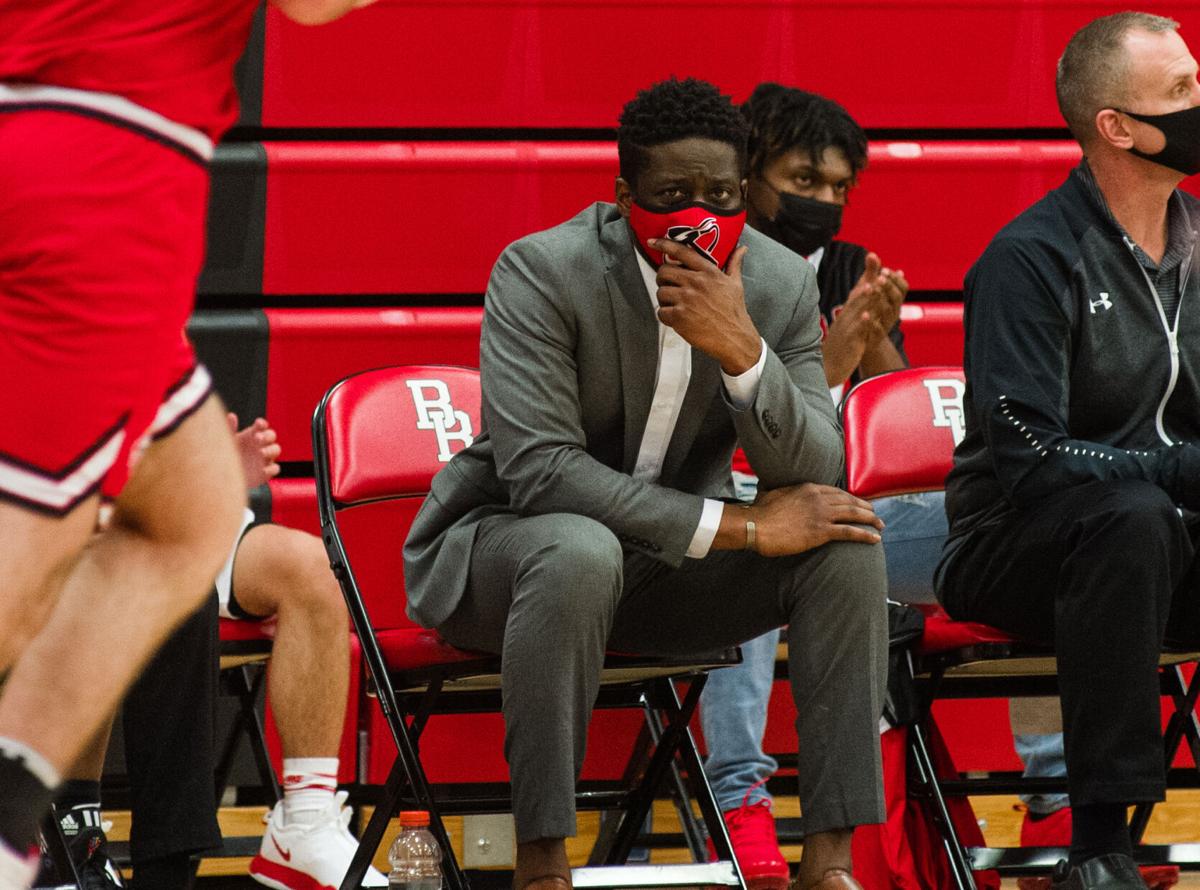 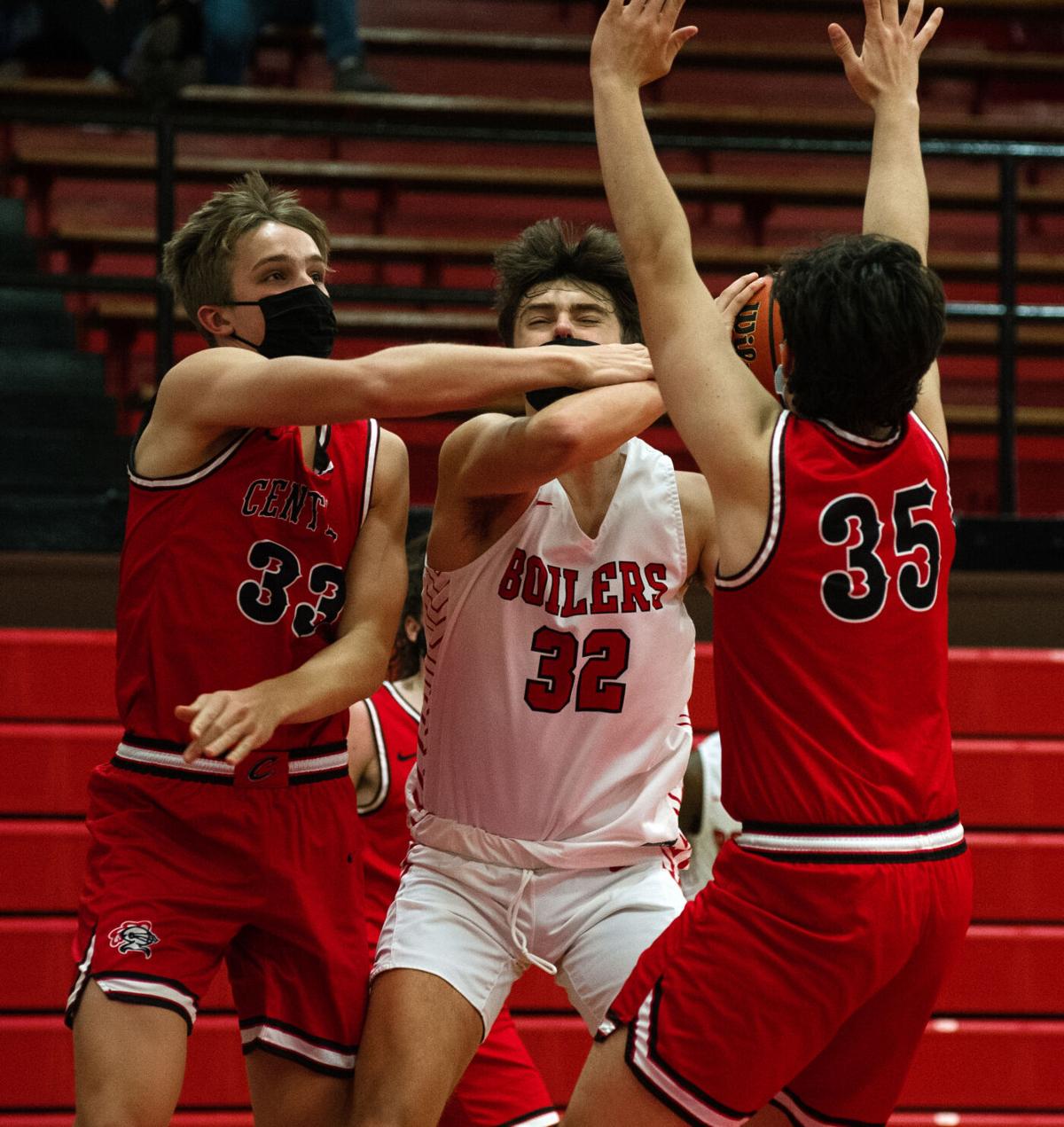 Bradley-Bourbonnais' Owen Freeman, center, tries to get a shot off from under the net as Lincoln-Way Central's Ian Malone, left, and Richie LaCien, right, tightly guard during Tuesday night’s game at BBCHS. 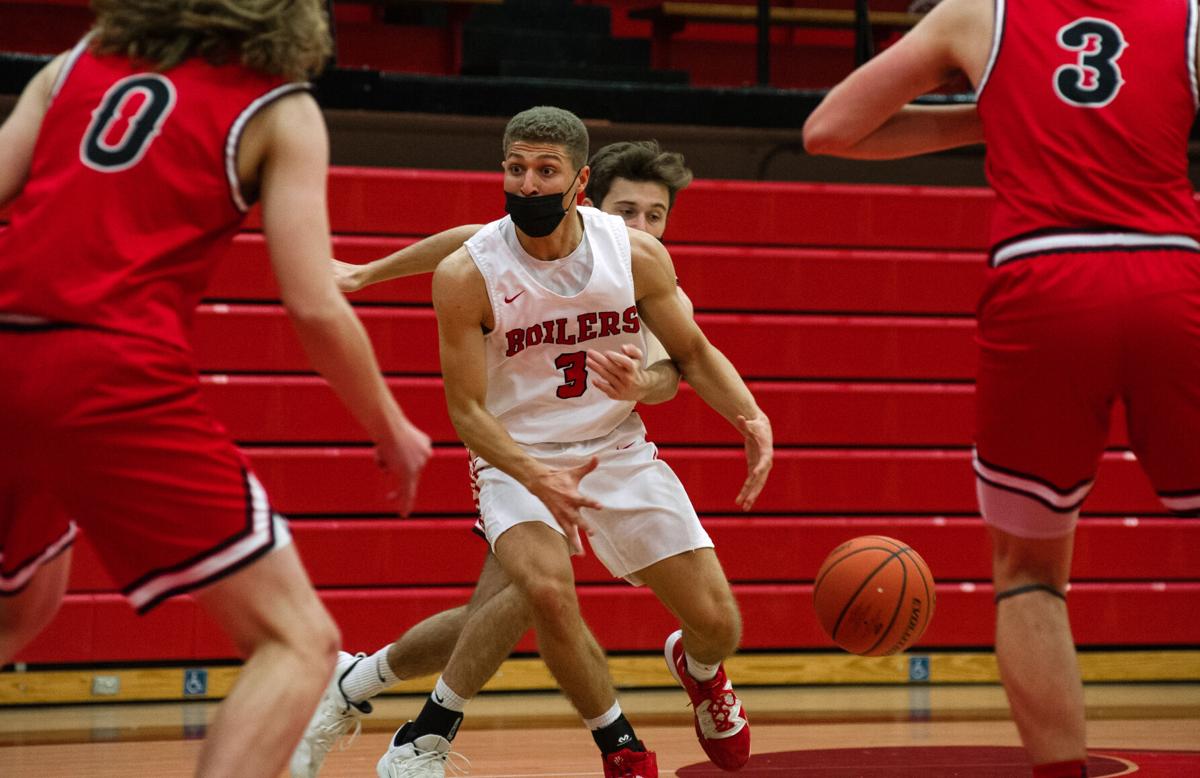 Bradley-Bourbonnais' T Sykes has the ball swiped away by Lincoln-Way Central’s Patrick Barry during Tuesday night’s game at BBCHS. 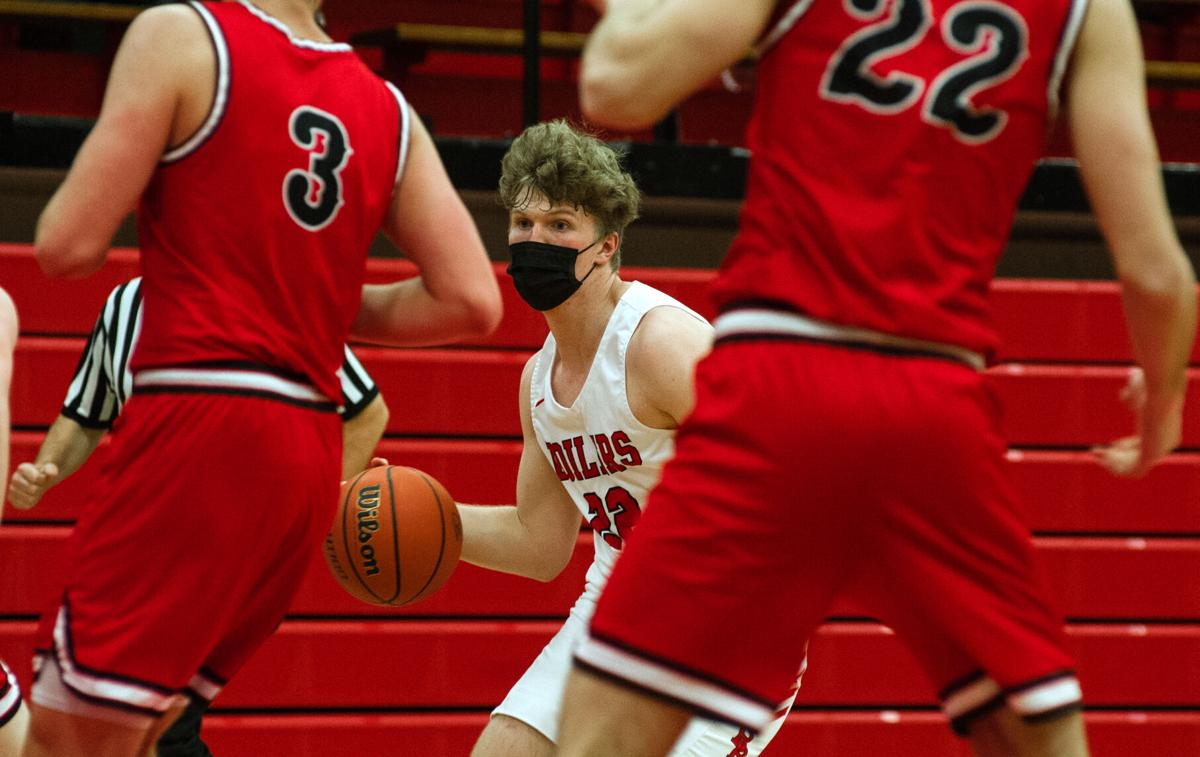 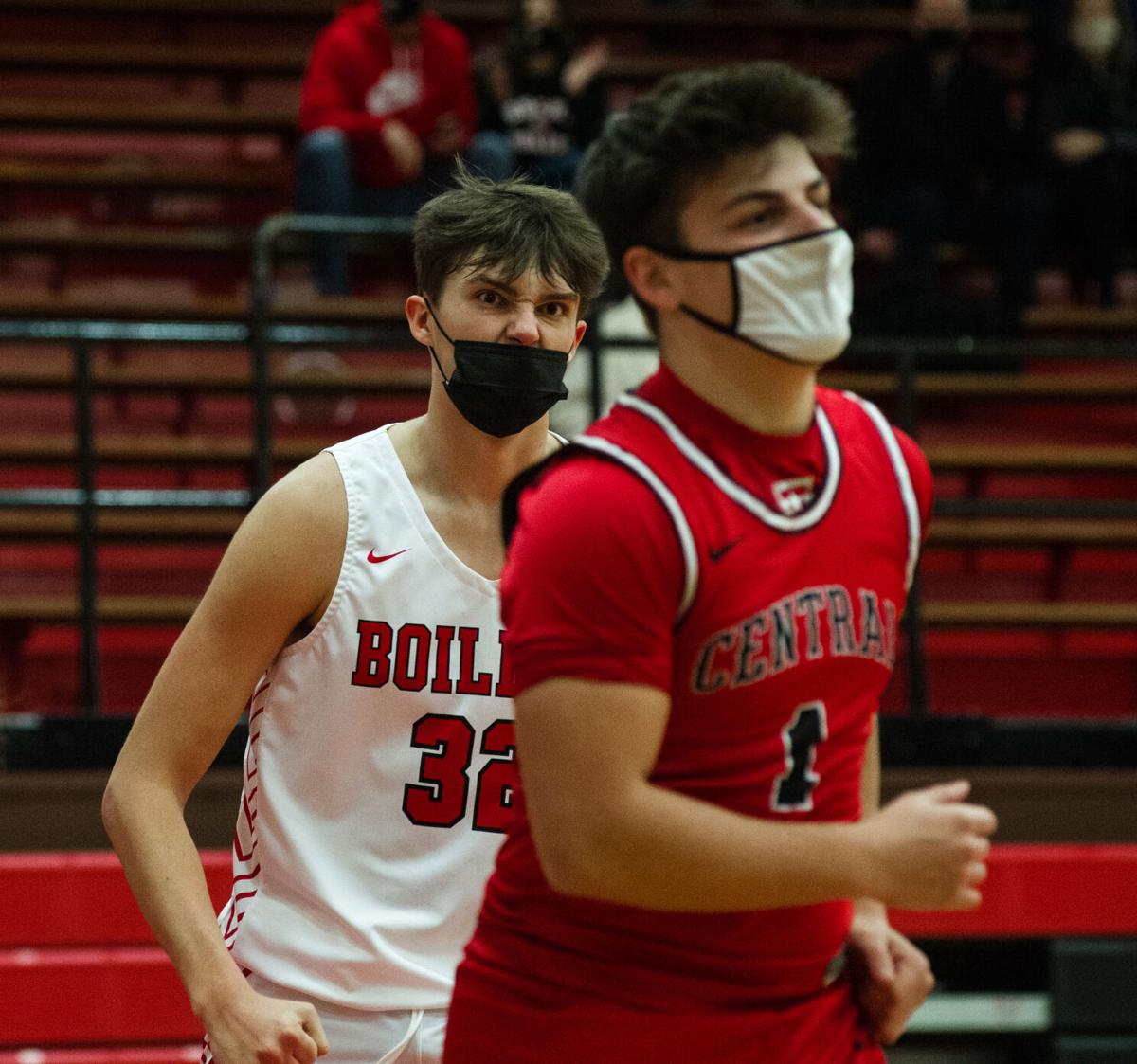 Bradley-Bourbonnais' Owen Freeman makes a drive toward the net during Tuesday night’s game against Lincoln-Way Central. Freeman had 27 points and 13 rebounds in the Boilermakers' 76-67 loss.

Bradley-Bourbonnais' Owen Freeman, center, tries to get a shot off from under the net as Lincoln-Way Central's Ian Malone, left, and Richie LaCien, right, tightly guard during Tuesday night’s game at BBCHS.

Bradley-Bourbonnais' T Sykes has the ball swiped away by Lincoln-Way Central’s Patrick Barry during Tuesday night’s game at BBCHS.

BRADLEY — As the start of the prep basketball season was delayed more and more, the excitement to get out and play kept building at Bradley-Bourbonnais, where the Joe Lightfoot Jr. era officially began Tuesday, a day Boilermakers center Owen Freeman and his teammates felt like kids before Christmas.

“[Lightfoot] has brought all the energy and transferred it to us in practice,” Freeman said. “[Teammate] Mark Robinson and I were talking last night, and we could hardly sleep we were so pumped for the game.”

Behind their new head coach, the Boilermakers showed plenty of energy to keep pace with Lincoln-Way Central’s potent offense, but a brief lull in the third quarter stretched the Knights’ lead to as large as 16, a deficit the Boilers never could cut to less than 4, as they fell 76-67 in front of a couple dozen fans inside Turner Gymnasium on Tuesday.

Lightfoot said he loved the energy his team came out with, particularly with the limited home crowd advantage, but his team just didn’t do quite enough on the floor Tuesday.

“We talked before we went out about how the stands wouldn’t be packed all year, and we have to depend on ourselves to bring that energy, and I thought we did that tonight,” Lightfoot said. “Guys were up, screaming and clapping for each other, which is a positive sign.

“But at the end of the day, you can have all the hoorah, [but] you have to box out.”

The battle on the boards was relatively close — 27-25 in the Knights’ favor, but some big offensive putbacks early in the third helped their lead balloon to as large as 16, and a few more late helped seal the deal after multiple comeback attempts by the Boilers were stopped at no closer than four or five points.

“We knew we were going up against a good coach and a good program and those guys are patient, disciplined and know what they want to get,” Lightfoot said. “I think our guys did a good job in the first half of staying true to our scouting report and trying to get guys into situations that we wanted defensively, but we have to end up with those defensive rebounds.”

Freeman did his job on the boards, hauling in 14 rebounds to go along with a team-high 27 points, including a pair of emphatic second-half dunks that sparked the Boilers. The 6-foot-9 sophomore likely will put up gaudy numbers all season, but it’s what a stat book doesn’t show that has his coach most impressed.

“For him to be a sophomore and have this basketball IQ in new offensive and defensive systems ... it helps being 6-foot-9 and seeing over everyone, but the kid is brilliant,” Lightfoot said.

Despite the Knights throwing two, and sometimes even three, defenders on Freeman, he still was able to manage an efficient 10-for-15 night from the floor while also helping create room for teammates such as Robinson and T Sykes, who had 10 points each, and Kendall Lake, who had 9 points off the bench.

Aside from Freeman’s slams, the Boilers were able to find energy from a pair of Robinson offensive boards in the second half that were converted for second-chance points and some nifty perimeter defense.

But whenever the Boilers got within two possessions, either Frank DeCarlo or Nick Tingley was there with a dagger for the Knights. DeCarlo matched Freeman to tie for a game-high 27 points, and Tingley added 21 points and 10 boards.

“This is the [SouthWest Suburban] Conference,” Freeman said. “Every game is gonna be a battle, and we [just have to] pull through. ... We [just have to] fix those little mistakes.”

The Boilers will face a stiff road test when they travel to Bolingbrook at 6:45 p.m. Friday.

The area saw its first weekend of prep hoops action this year while ONU's basketball teams swept St. Francis and the swim and dive team won its third-straight conference tournament.

Reed-Custer's swarming defense and a 24-point output from Lucas Foote gave the Comets their first win of the season.