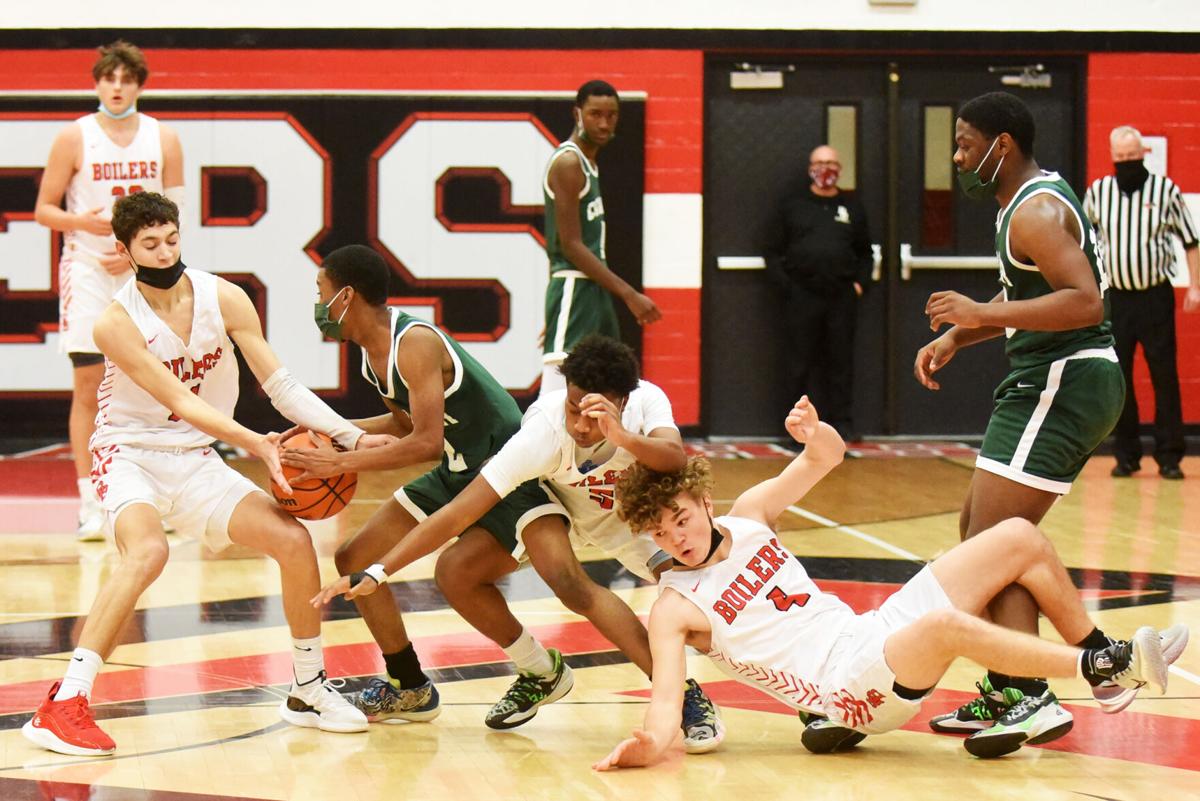 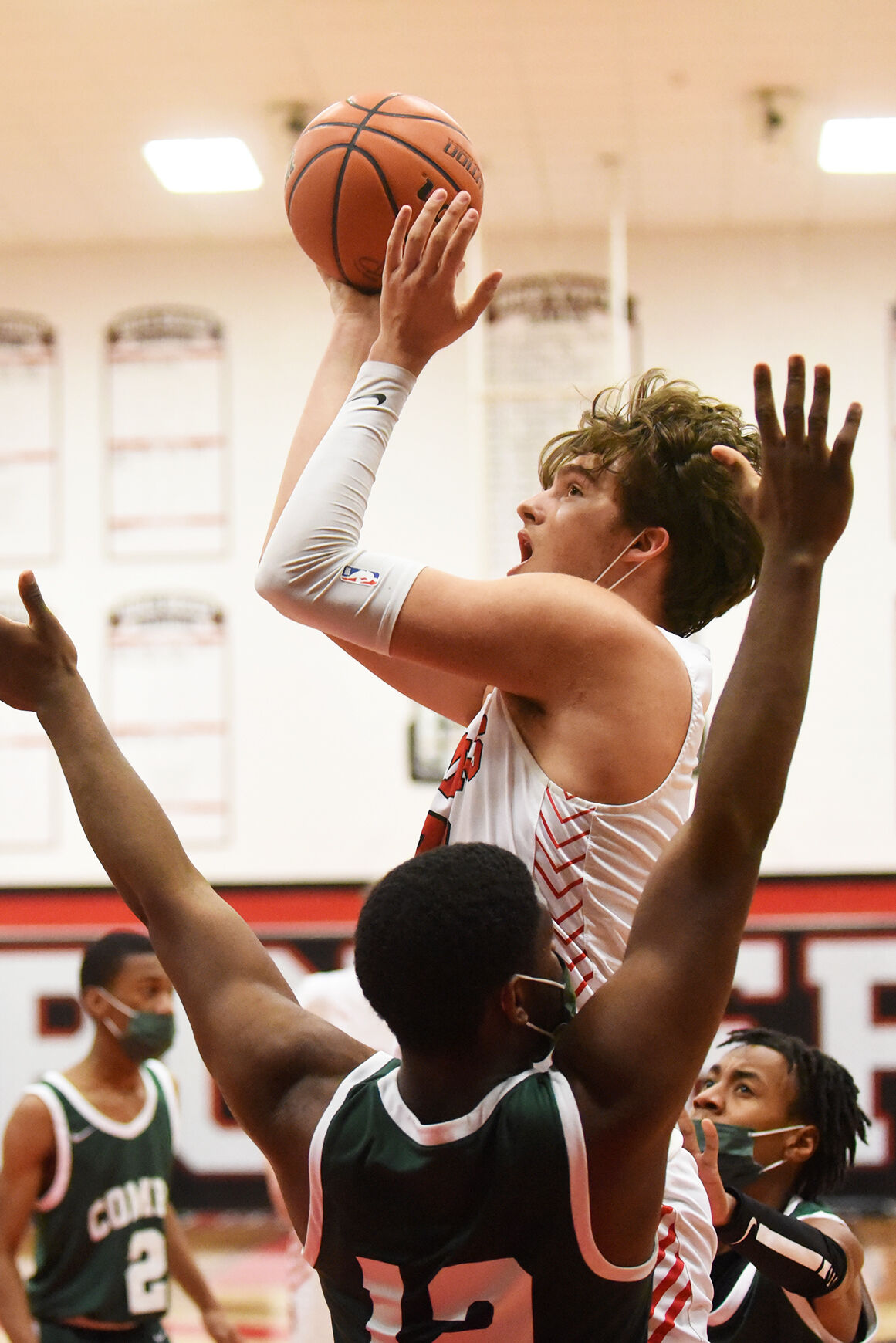 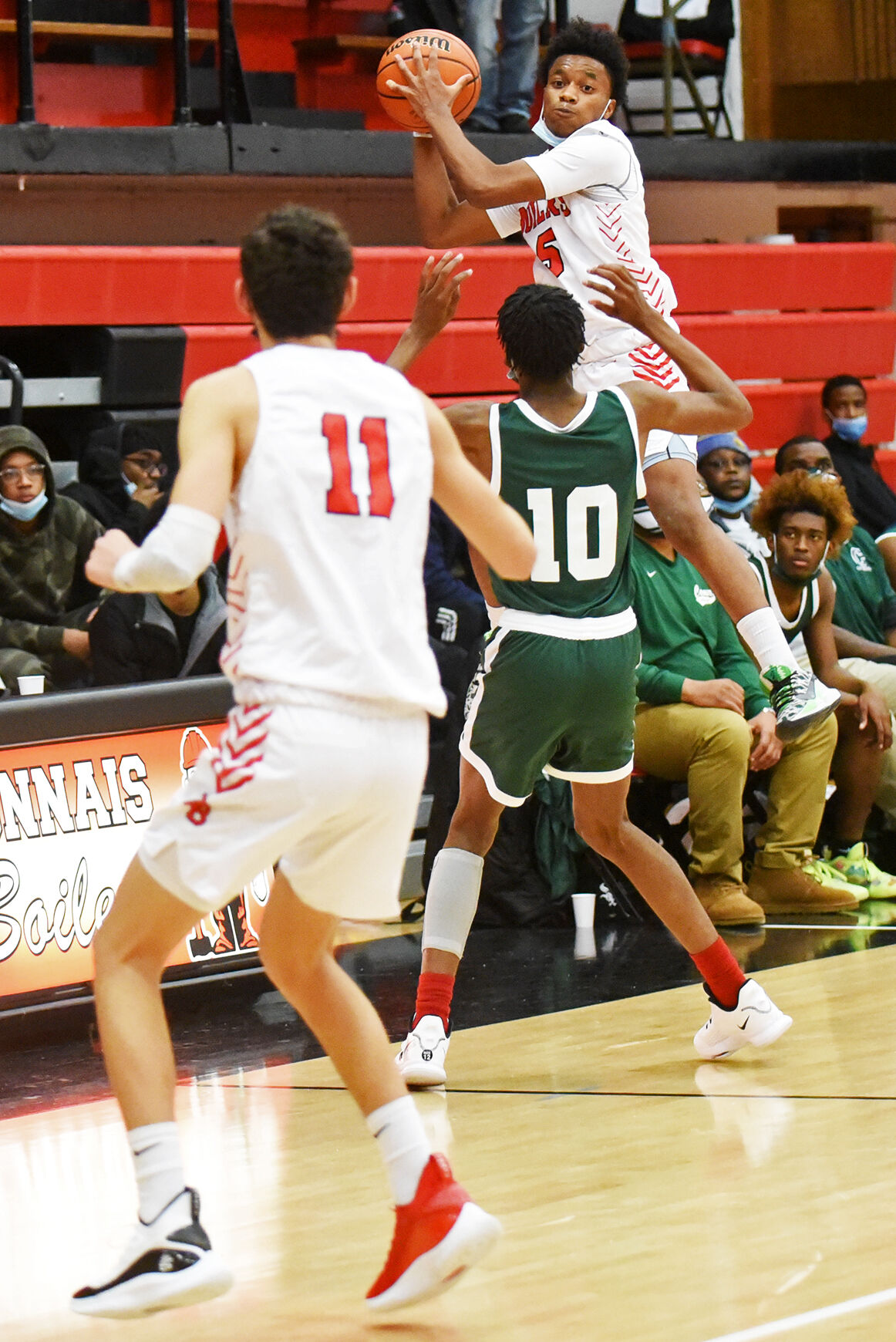 Bradley-Bourbonnais' Javon "Vito" Criswell, top, attempts to save a loose ball to pass it to teammate Isaiah Davis (11) while being guarded by Comer's Tyrone Price during Wednesday's game at Bradley-Bourbonnais. READ MORE. 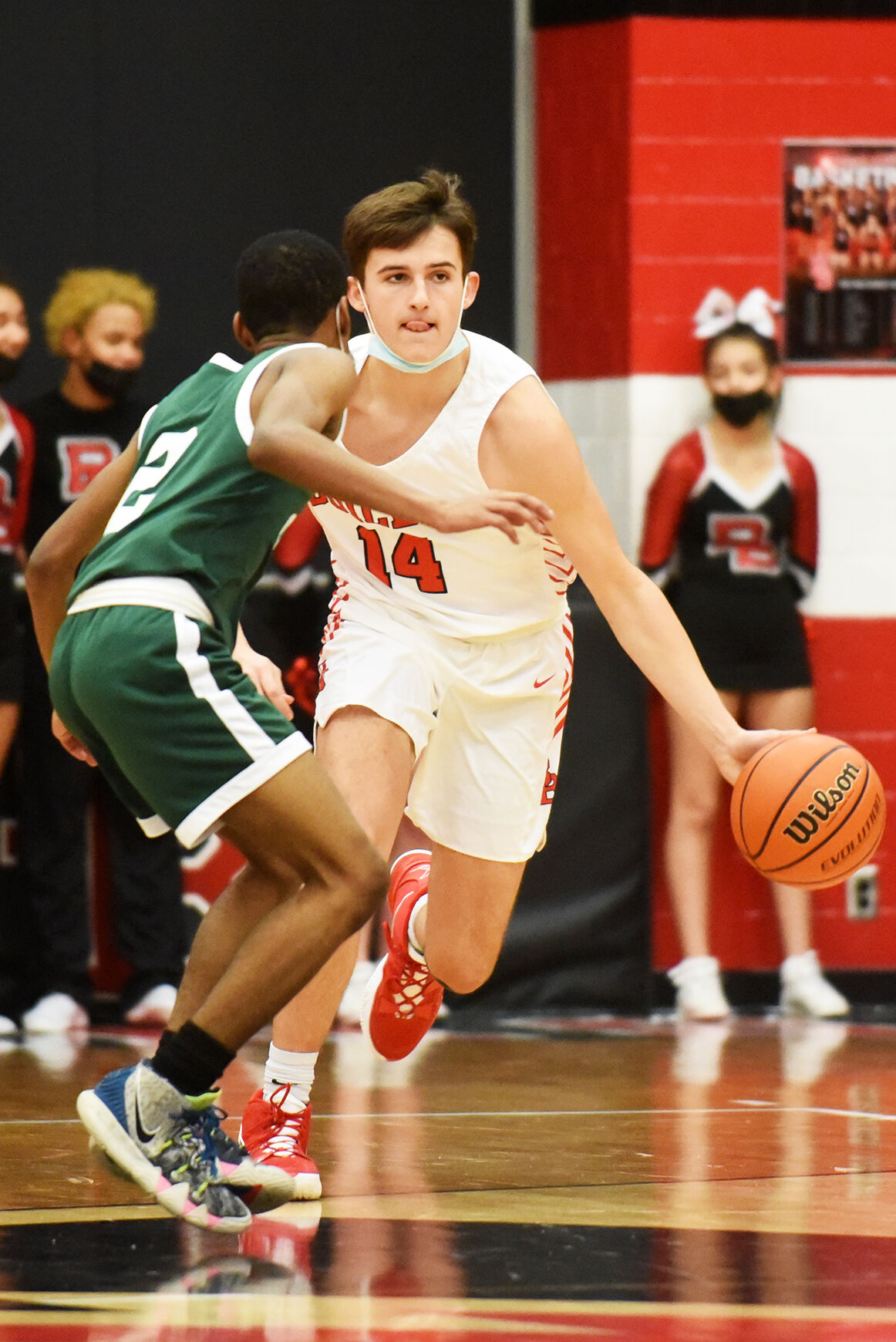 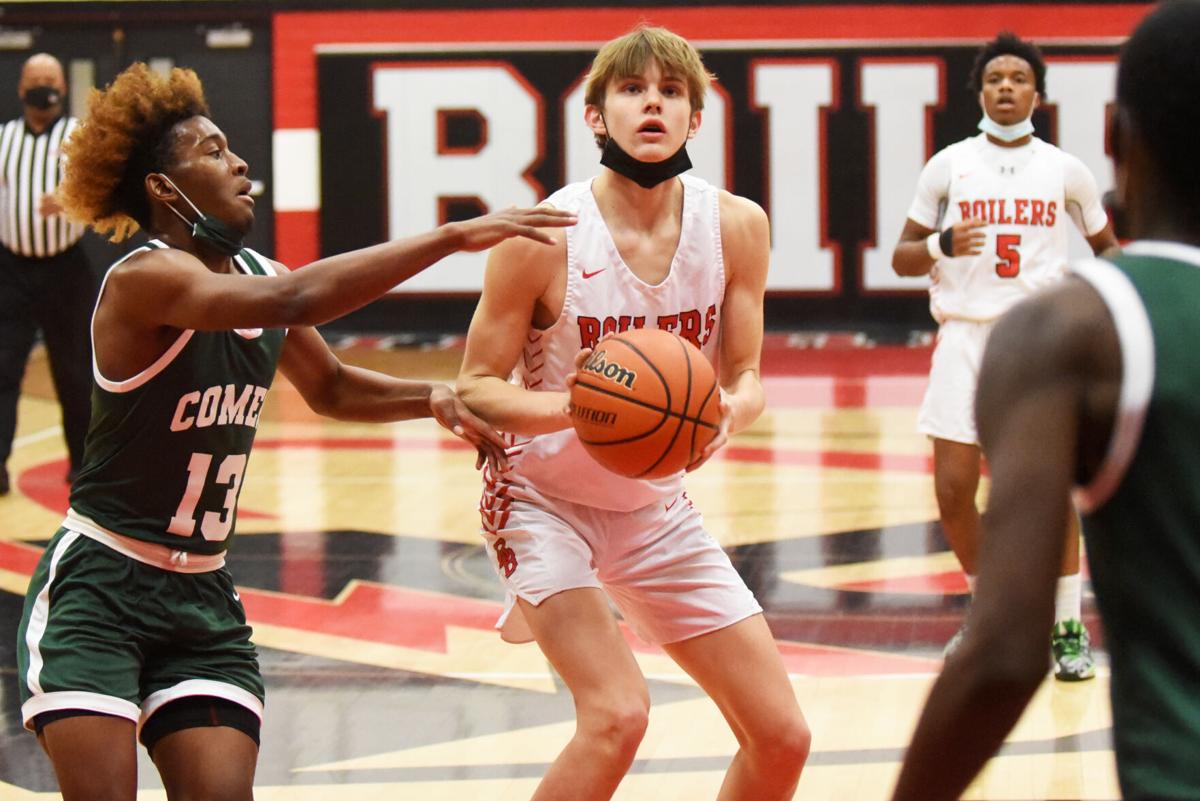 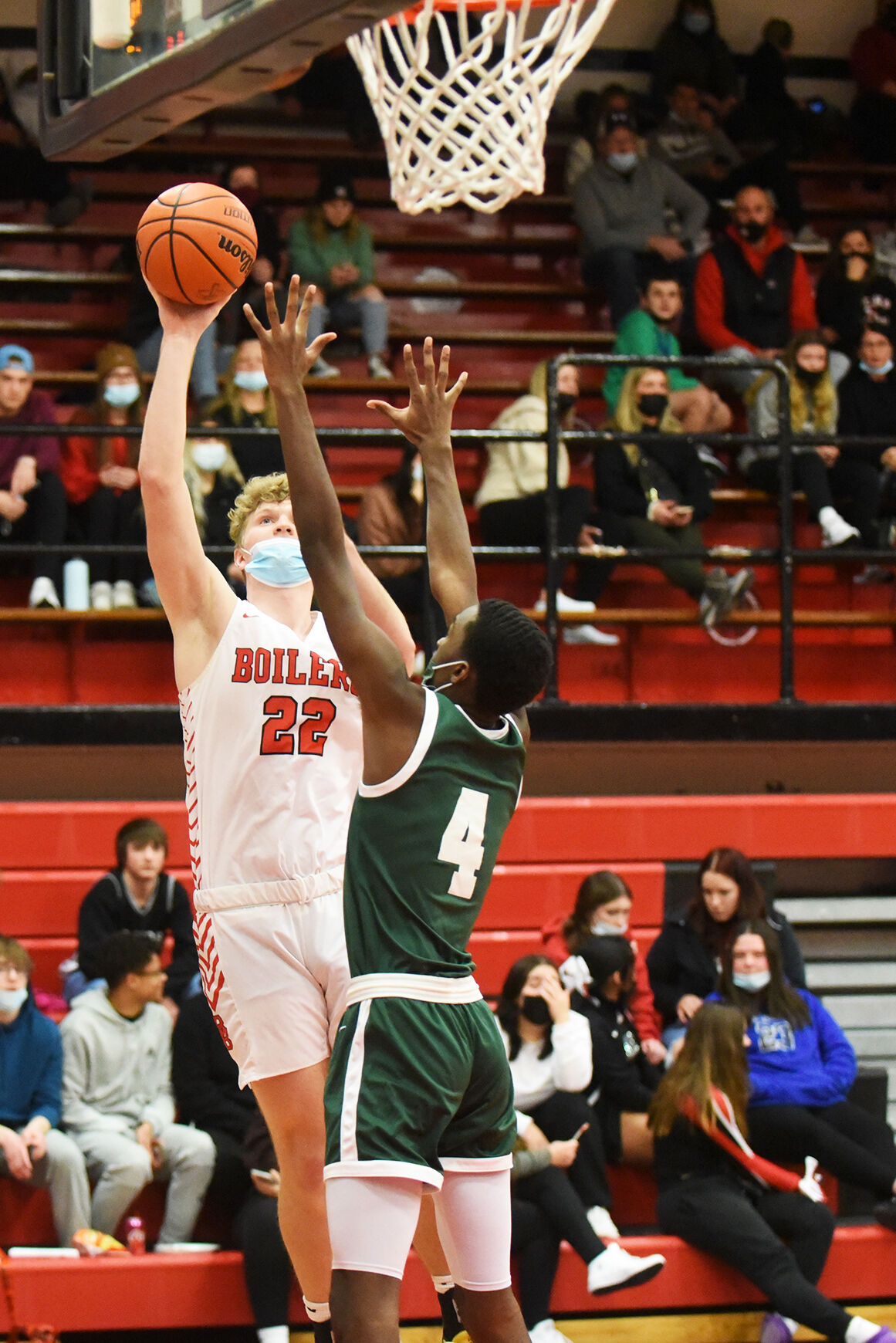 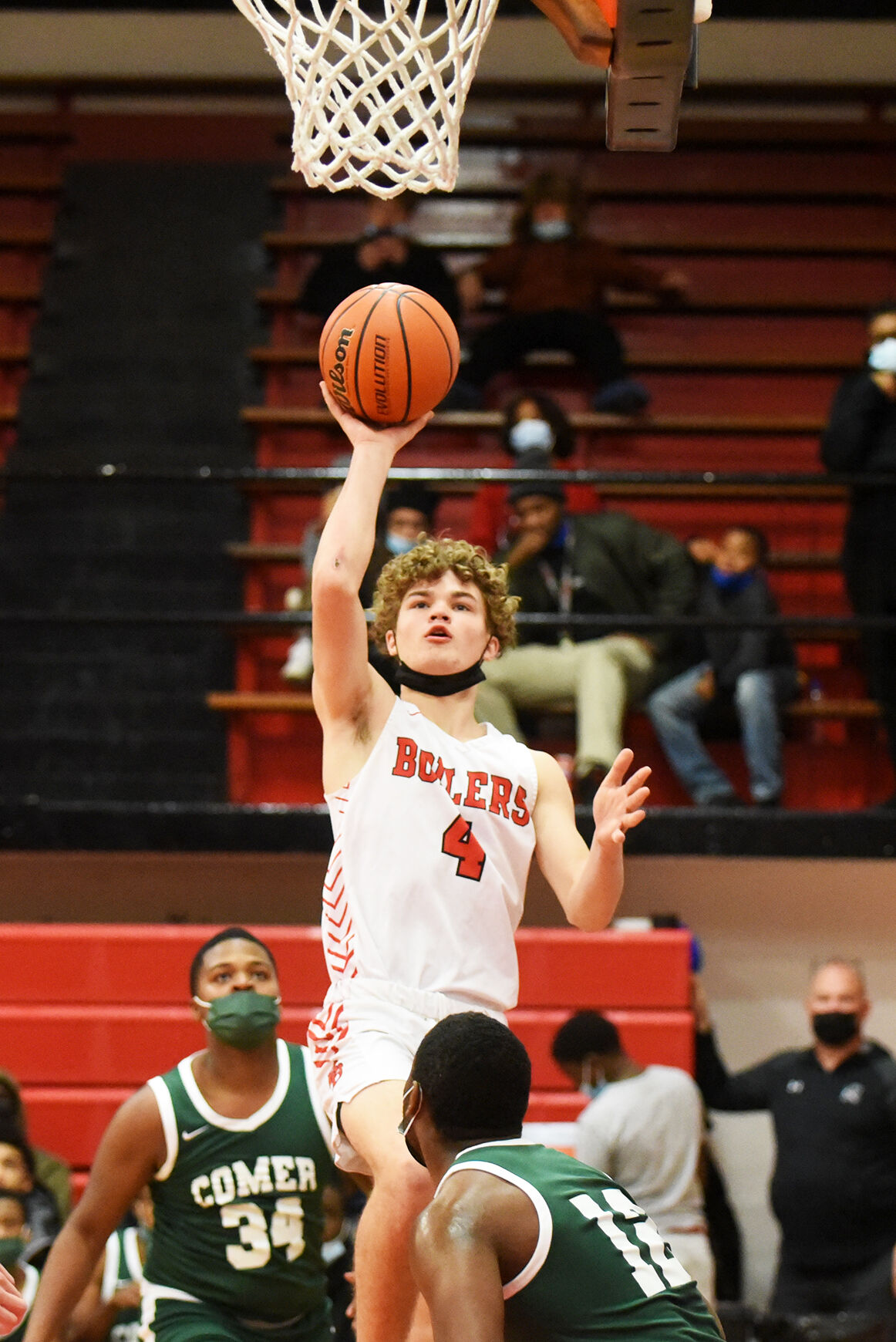 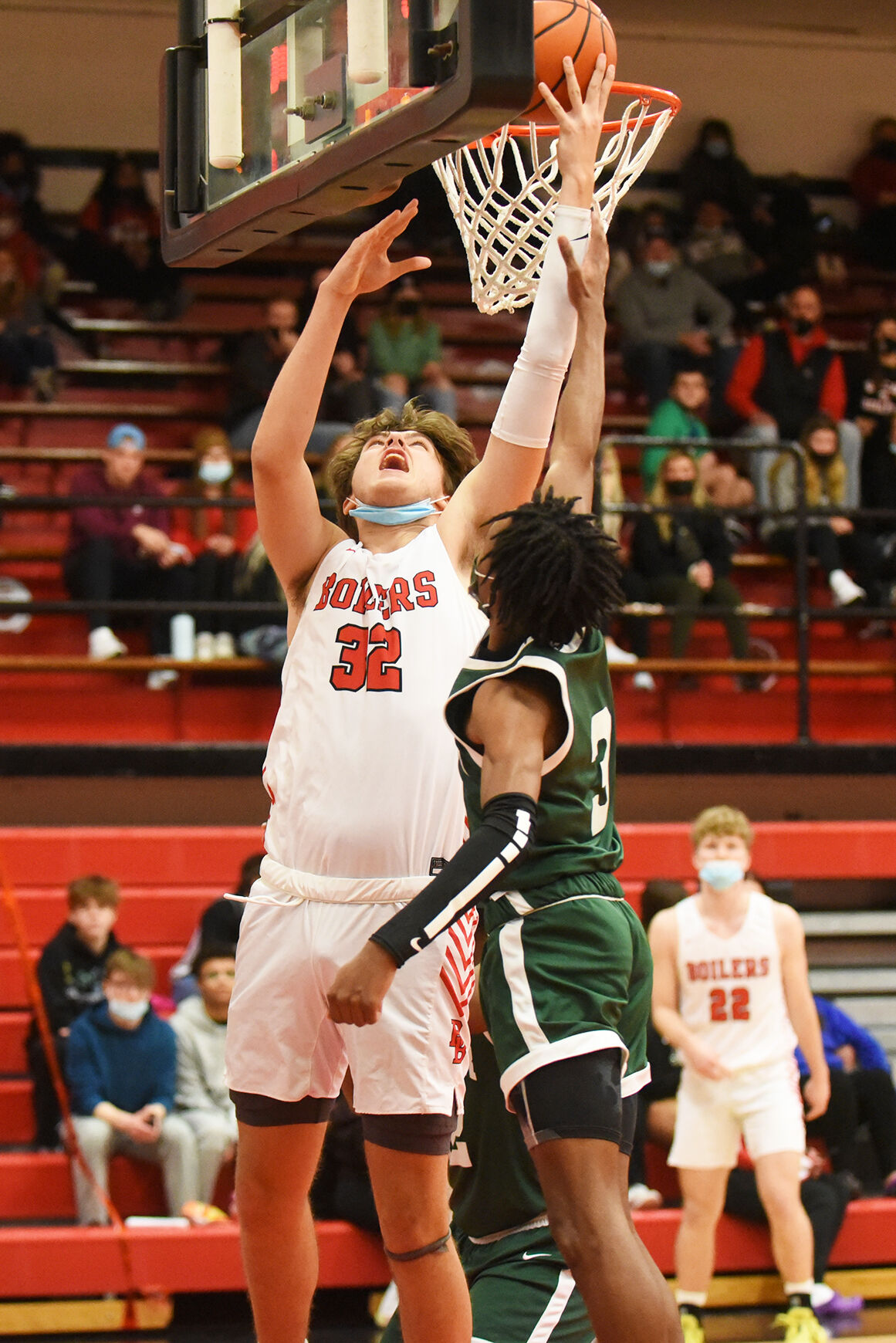 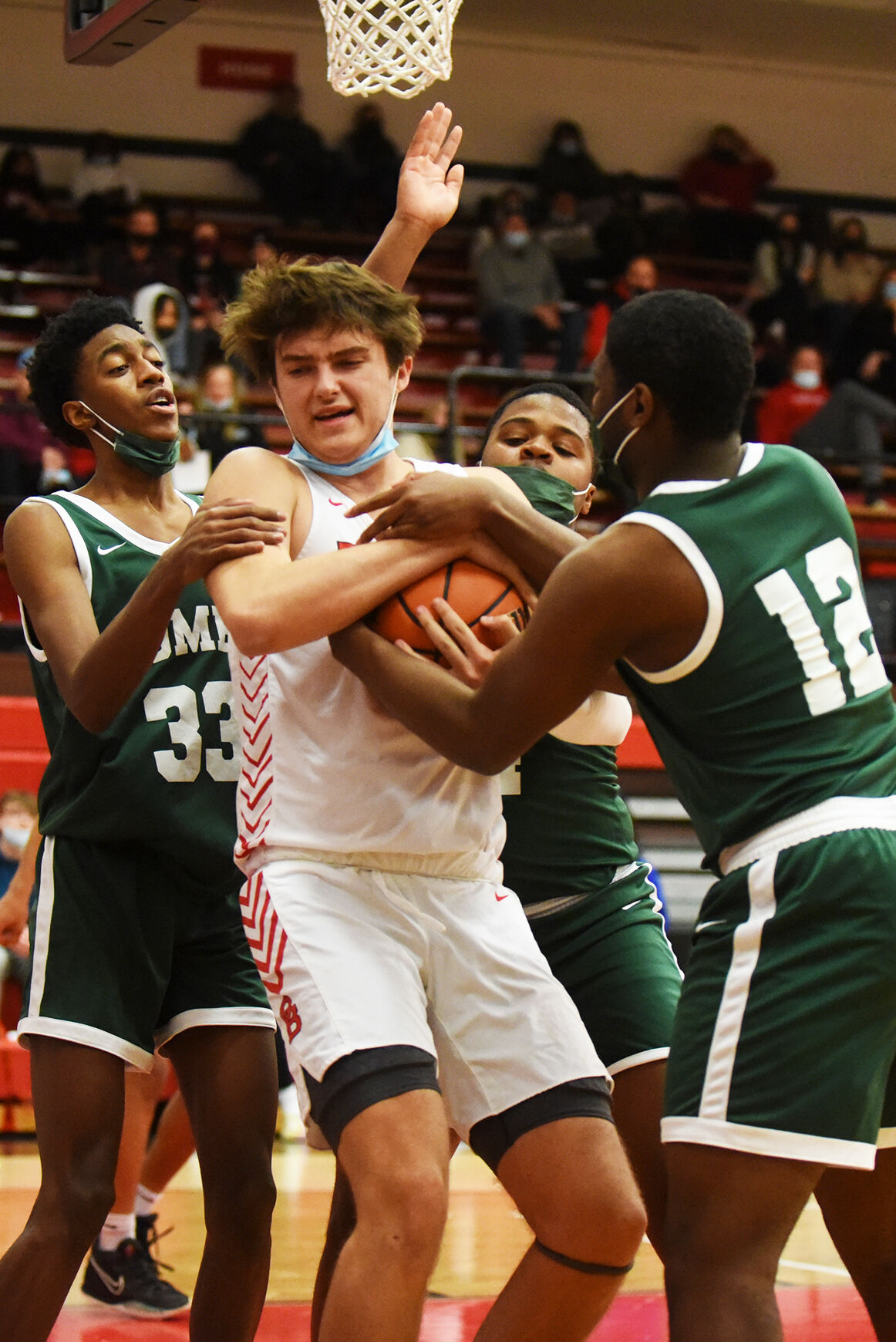 Bradley-Bourbonnais' Owen Freeman attempts to control a ball while being pressured by Comer defenders, from left, Mekhi Wilson, Jeremy Reeves and Curtis Smothers during Wednesday's game at Bradley-Bourbonnais. 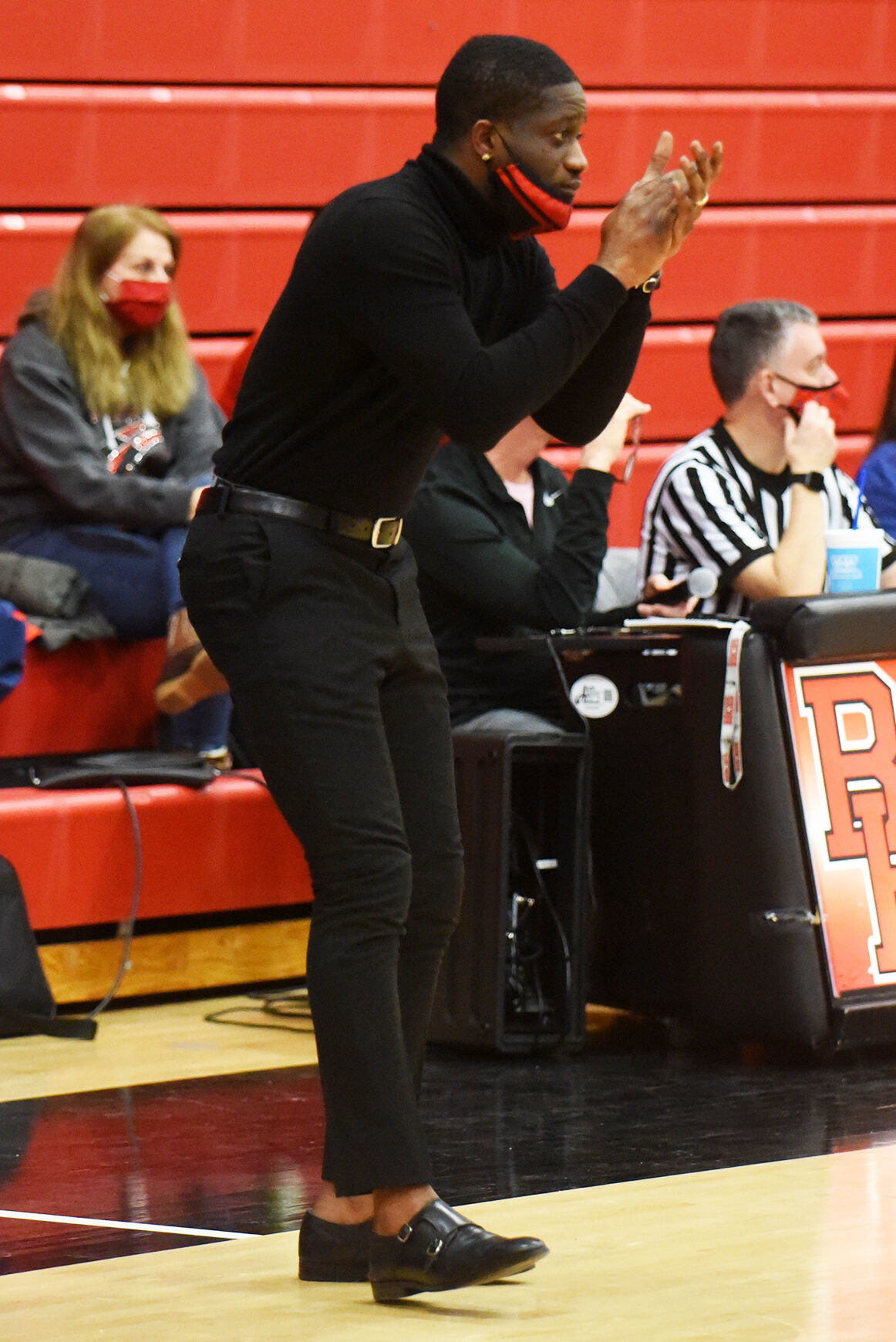 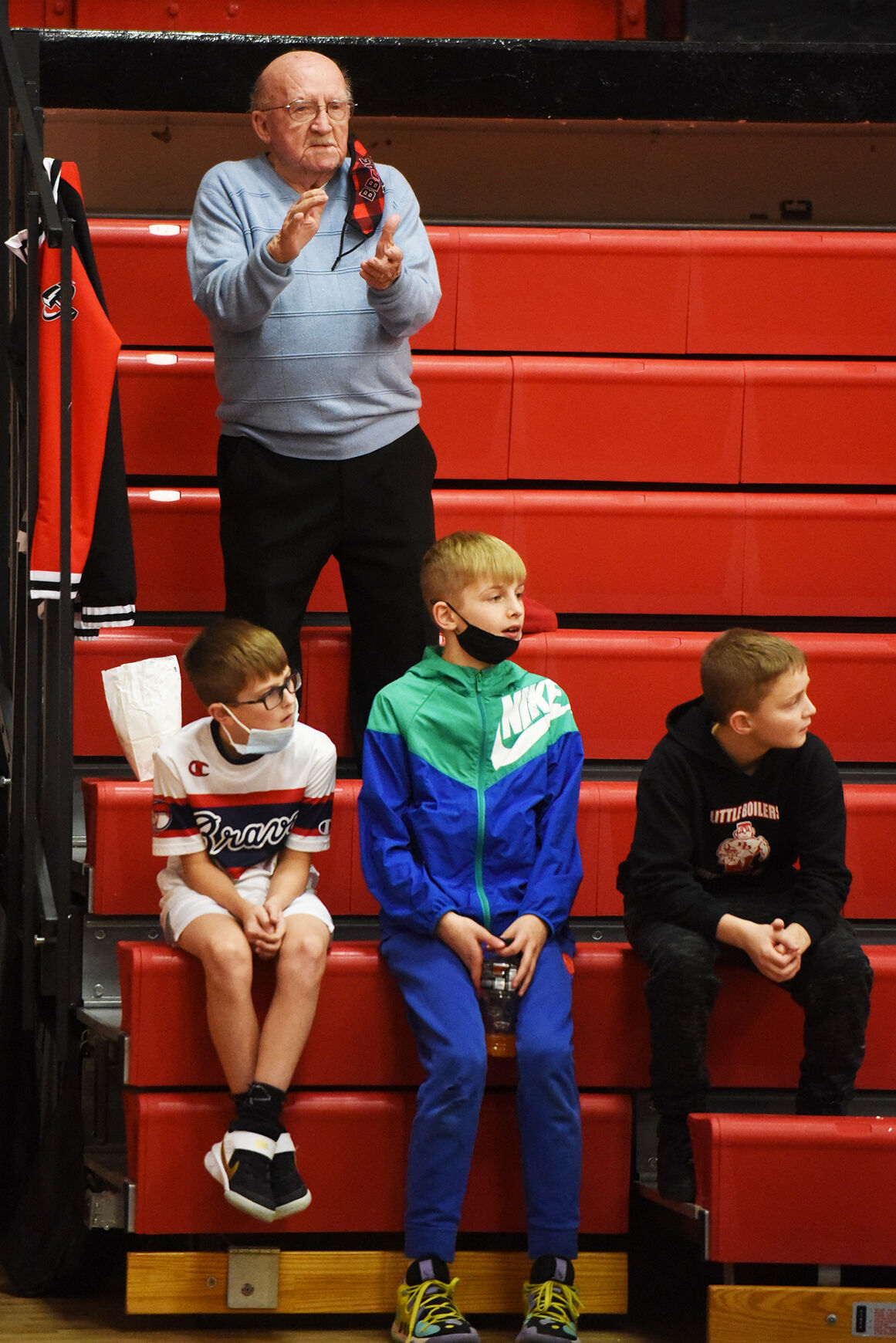 Bradley-Bourbonnais' Javon "Vito" Criswell, top, attempts to save a loose ball to pass it to teammate Isaiah Davis (11) while being guarded by Comer's Tyrone Price during Wednesday's game at Bradley-Bourbonnais. READ MORE.

Bradley-Bourbonnais' Owen Freeman attempts to control a ball while being pressured by Comer defenders, from left, Mekhi Wilson, Jeremy Reeves and Curtis Smothers during Wednesday's game at Bradley-Bourbonnais.

BRADLEY — If basketball was similar to figure skating, gymnastics or skateboarding — where judges award scores based on several factors, including the beauty in one’s performance — the Bradley-Bourbonnais boys basketball team wouldn’t have received a very high score when it hosted Comer on Wednesday night.

After falling in an early 8-0 hole, the Boilermakers started showing signs of life, and although some sloppy ball-handling and on-and-off shooting woes plagued the team for much of the night, they were still able to use a solid defensive effort and another monster offensive night from Owen Freeman to earn a 62-46 nonconference victory at Turner Gymnasium to improve to 11-4 on the year.

Comer made it clear from the opening tip it was intent on denying Freeman, an Iowa-bound junior big man, from dominating the game, sending three, and sometimes even four, defenders to cover the Boilers’ leading scorer whenever he touched the ball.

The defensive pressure, which saw the charged with their 10th team foul less than 12 minutes into the game, led Freeman to make 14 trips to the free-throw line, where he made 12 of them to help compile his game-high 20 points.

“That was one of the most physical teams I’ve played in a while,” Freeman said. “I was at the foul line a lot, so I have to just make those count, but that was a really physical team.

“That’s the style I’ve got to get used to, especially going into the Big 10,” he added. “It’s a physical league, and I enjoy that style.”

As Freeman heated up, so did the rest of the Boilers’ offense, as a successful and-one from Freeman gave the team its first lead at 13-12 on the first play of the second quarter. After a quick Comer bucket, Bradley-Bourbonnais sharpshooter Isaiah Davis hit a 3-ppinter that put the team ahead 16-14, a lead they would hold the rest of the night.

Lightfoot said it was the team’s increased defensive energy that started leading to a lighter load for his team on the offensive end.

“I think the activity on the defensive end is what got it going,” Lightfoot said. “Anthony Kemp came up with some great deflections that led to fast break layups and [Davis] hit that big one in the second quarter.

“But being led by Owen, with him finishing around the rim, getting and-ones and creating offensive rebounds and putbacks is a really big deal.”

Part of the slow start from the Boilers likely can be attributed to the team still attempting to get things back together after winning the consolation bracket at the State Farm Holiday Classic last week, as the team has yet to have all of its roster present for a practice this week, a shining example of the prep sports season amidst COVID-19.

“I think that’s why today’s game looked the way it looked.”

The tough week of practice did lead to a special moment for Freeman and his family, as his younger brother Braden, a freshman guard who has spent the season coming off the bench, made his first career varsity start alongside his big brother and scored three points.

“That was special,” Owen said of sharing the starting lineup with his brother. “I looked to him before [the game] and was making sure he was ready.

“He was nervous since yesterday, so I had to make sure little bro was ready, but it’s really special having him next to me, especially in the starting lineup.”

The Boilers hit the road Friday to take on Homewood-Flossmoor at 6:30 p.m.