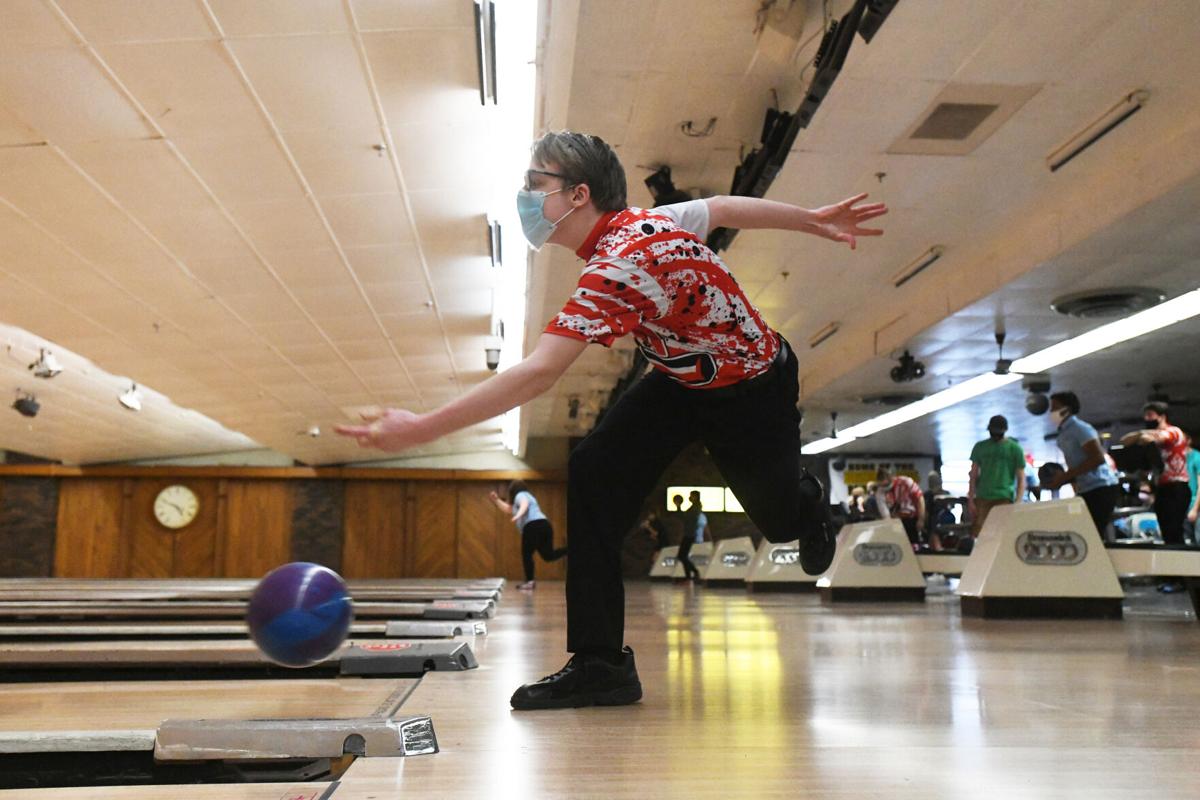 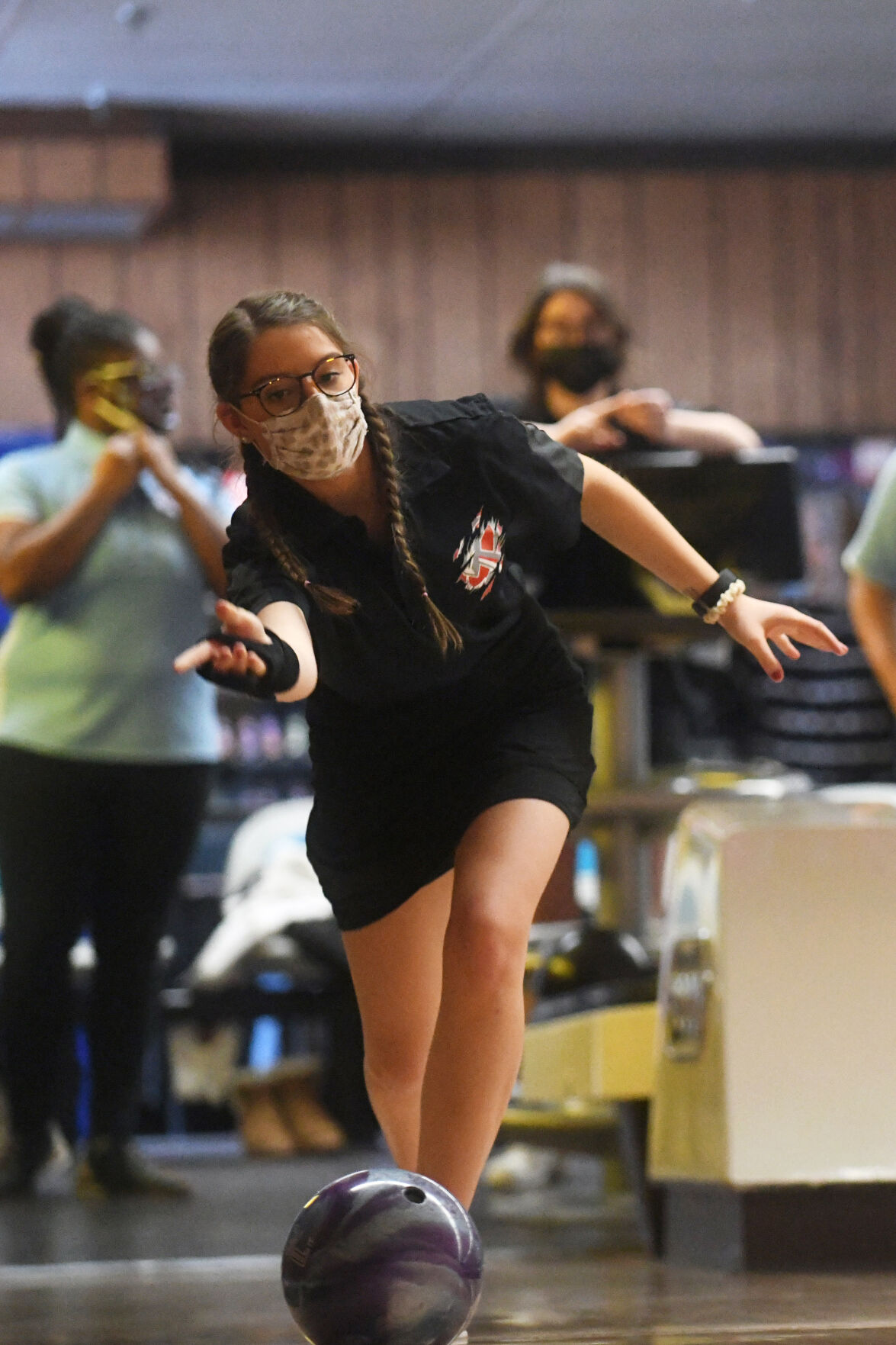 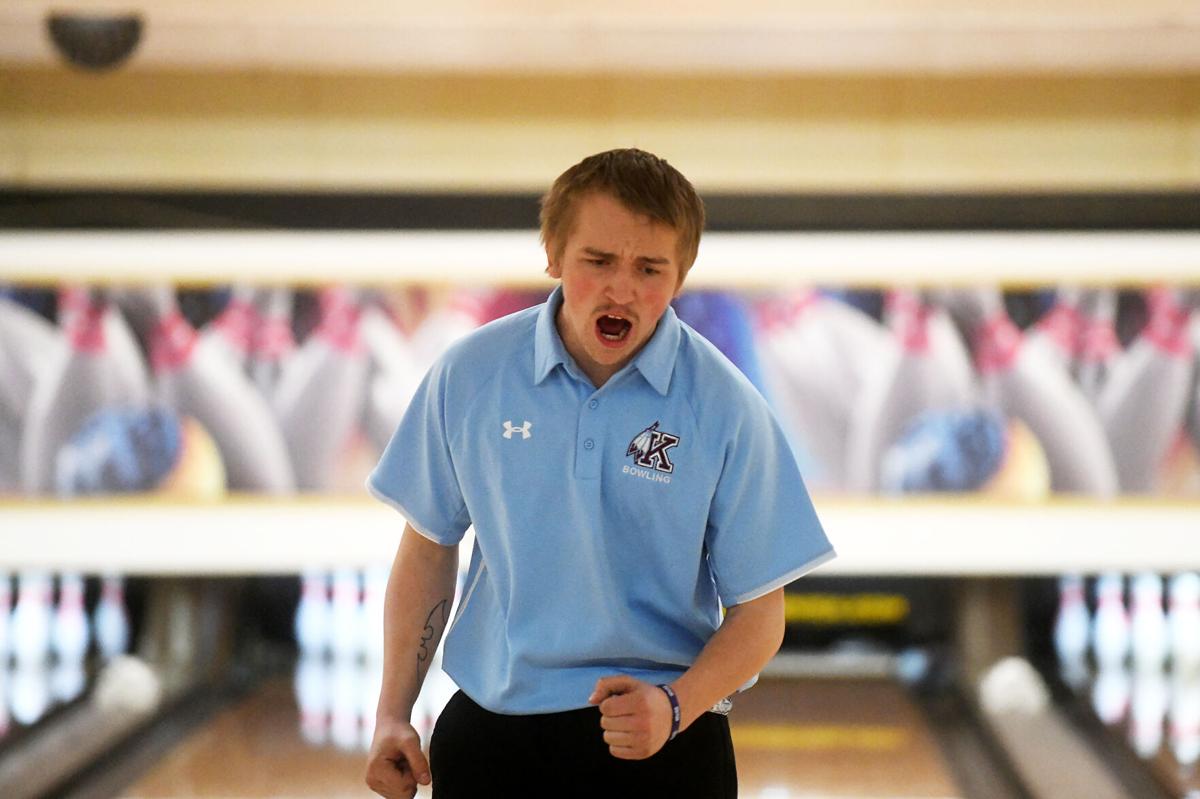 Kankakee’s Kobe Sands celebrates a strike Friday during the All-City bowling meet with Kankakee and Bishop McNamara at Brookmont Bowling Center in Kankakee.

Kankakee’s Kobe Sands celebrates a strike Friday during the All-City bowling meet with Kankakee and Bishop McNamara at Brookmont Bowling Center in Kankakee.

KANKAKEE — For the first time ever, Bradley-Bourbonnais, Bishop McNamara and Kankakee were able to hold an All-City matchup between all three schools for both its boys and girls bowling programs on Friday evening at Brookmont Bowling Center in Kankakee.

“I’m excited that we are finally doing something not only as a school, but as a community to bring bowling to life in Kankakee,” Kays head coach Roger Sykes said.

The first annual All-City matchup came down to experience and the Boilermakers used theirs to their advantage as they went on to sweep the competition in both the boys and girls events, with winning scores of 1826 pins (boys) and 1272 pins (girls).

“It’s an amazing feeling as a coach to sweep competition today,” Bradley-Bourbonnais head coach Matt Nanos said. “To see where we started at three years ago to where we are now it’s awesome to be able to compete. And it’s exciting for them to know they are All-City champions this year because we don’t have another tournaments or anything this season, so this is going to be their big victory of the year.”

On the boys side, things didn’t look good early for the Boilermakers. Bradley-Bourbonnais trailed Kankakee by 28 pins after the first game due to some early frame struggles by Phoenix McClenney. His inability to close frames in his first game resulted in McClenney scoring a team-low 107 pins.

But made some adjustments in-between his first and second game that allowed him to improve his score by 103 pint (210) between games. The quick turnaround of over 100 pins ultimately led the Boilermakers to barely edge out the Kays, 1826-1781, for a first-place finish on the boys side.

“The way Phoenix battled back after bowling such a bad first game, I’m extremely proud of him,” Nanos said.

Leading the class for Bradley-Bourbonnais was Gage Campbell who rolled successive games of 184 and 236. He, along with Morgan Timm, who bowled 205 and 180, accounted for a bulk of the Boilermakers scoring on the boys side.

“We were down by about 40 pins after game one and the boys said they wanted to win it this season and they battled and picked up their spares in the second games,” Nanos said. “I think we only had five opens the second game for all six guys so that was huge. Our boys just wanted it at the end of the day.”

The Irish took third with1153 pins.

Boilermakers’ depth weighs in their favor in girls matchup

For the girls, all six of the Boilermakers finished with at least one game totaling 100-plus pins compared to the Kays who only had two and Irish who totaled one.

That well-balanced attack allowed the Boilers to defeat Kankakee, 1272-1133 pins. McNamara did not place by default since the Irish failed to field a full team for its girls.

“I think both my boys and girls did pretty well given the circumstances,” McNamara coach Patricia Sullivan said. “We had a lot of people that who were competing in their first competition and who are in their first year of bowling, so I’m just happy to see their scores continue to go up.”

Tori Herndon led things on the girls side for BBCHS, totaling the only accumulative score above 300, with 305 total pins.

Kankakee freshmen Malachi Sykes smacked 418 total pins between his two games to lead the Kays. Jillian Brinkmann led the girls with a combined score of 386, including a 222 pin performance in her second game.