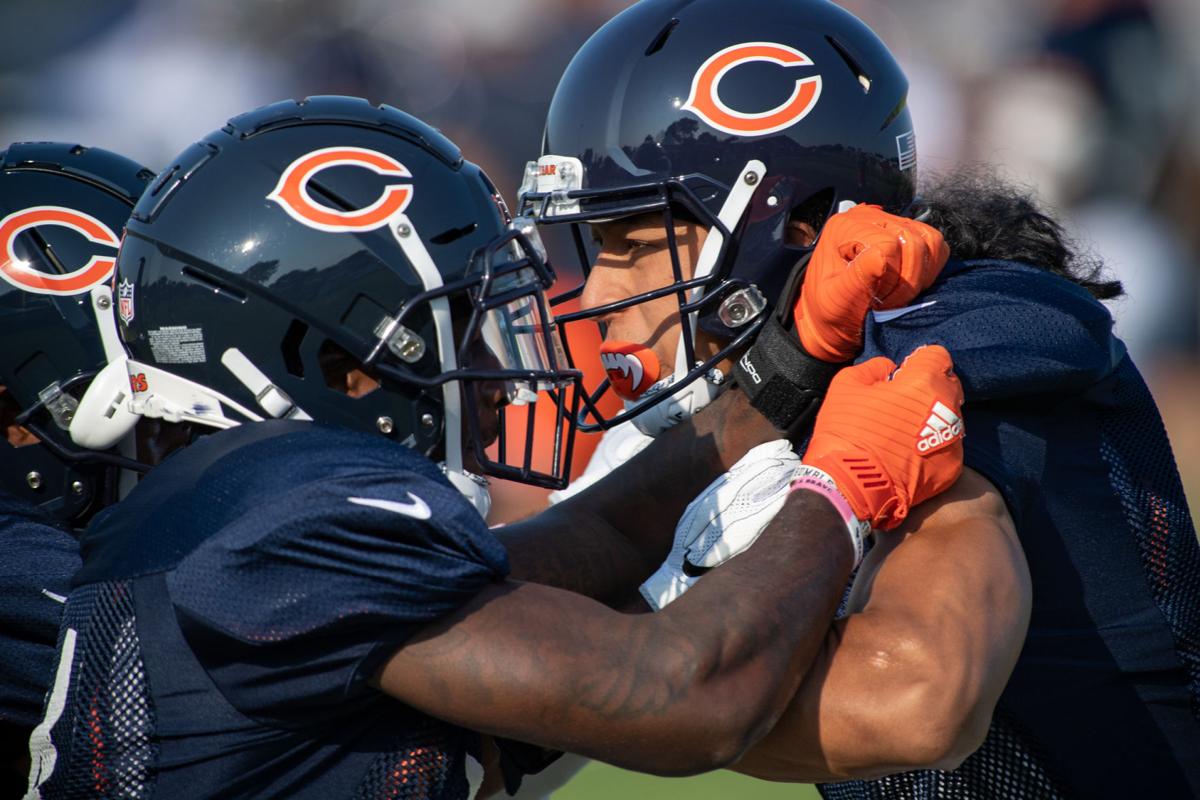 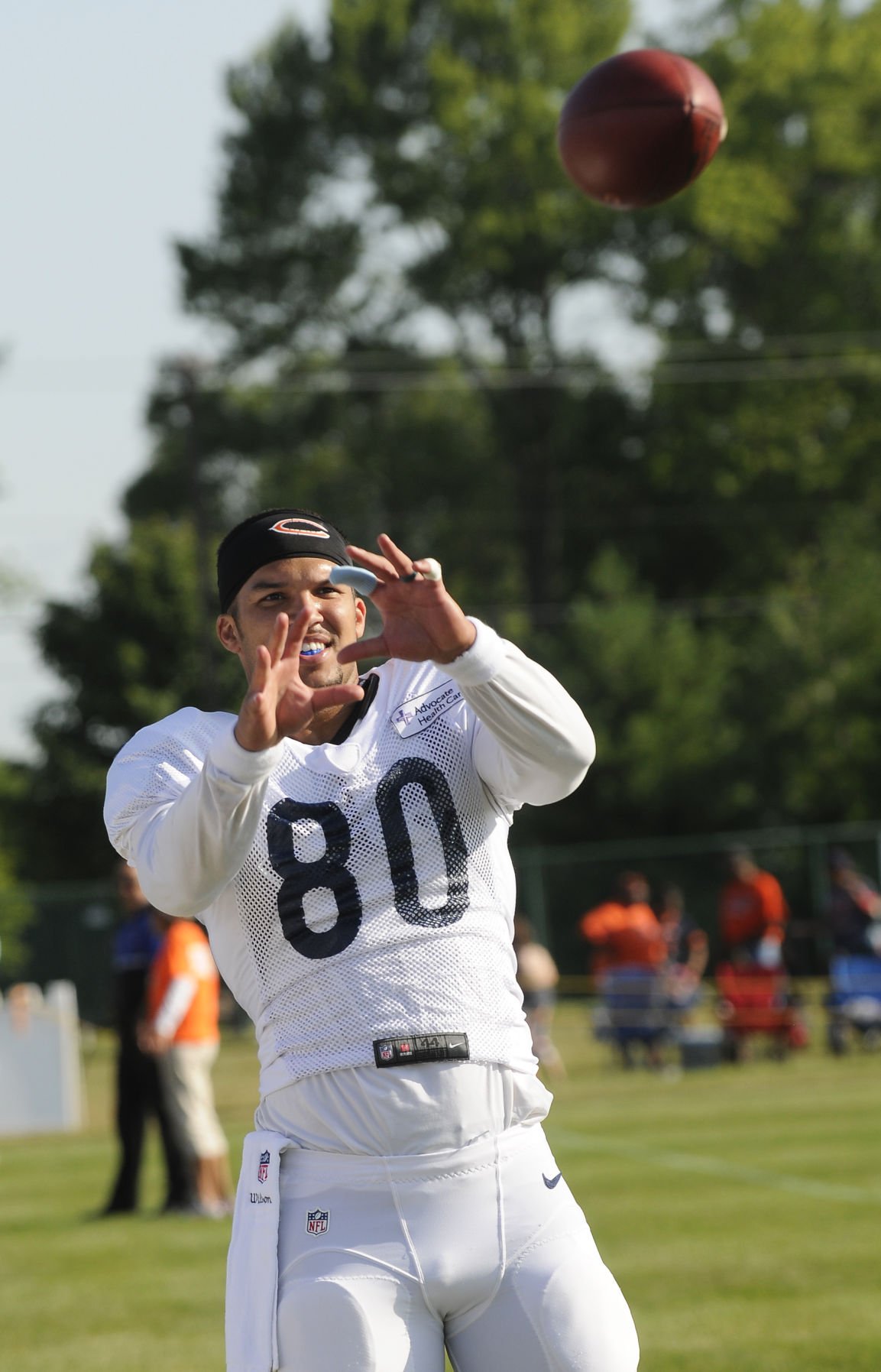 BOURBONNAIS — The Bears had their pregame walk through at Olivet Nazarene University on Tuesday before packing up for another exhibition game in Ohio on Thursday, this time against the Cincinnati Bengals.

As the team continues to implement coach Matt Nagy’s offense, the rookie head coach isn’t worried about finding the balance between working on the necessary plays in preseason action and not tipping his hand too much.

“It’s not that hard because there’s a thousand plays that we have [offensively],” Nagy said. “You can still run good concepts and things you’re going to do, and there are going to be things that you do as you go, conceptually.

“Every team’s the same; they’re not going to show their complete hand, but at the same time, you can’t [not practice it].”

While the playcalling during Thursday’s game might be a little toned down, the implementation of the new system has been full speed ahead since offseason workouts began.

But, according to tight end Trey Burton, the team finally has reached a comfortable familiarity with it, which is something that continually has been seen since the Bears returned from Canton last weekend.

“I think we’re playing fast,” Burton said. “Coaches are kind of toning back on the installs. We’re getting lined up quick, making our reads quick and completing balls.”

With the Hall of Fame Game serving as an extra preseason game (the Bears and Ravens play five, and the rest of the league plays four), almost every starter on both sides of the ball had last week’s game off. Most of the starters are expected to play Thursday, something that has Burton excited.

“Game mode; game speed,” Burton said, as he was thrilled to get back out on the field. “I know for me, I try to get in my routine in the preseason just so I can go into the season with it.”

Thursday also marks the preseason debut of quarterback Mitch Trubisky. For both coaches and players alike, the expectations of the second-year signal caller are simple.

“I have nothing in mind,” Burton said. “I know he’s a really good quarterback, and I know no matter how he does Thursday, he’s really good.”

Nagy, unlike Burton, did have something specific that he will be looking for out of Trubisky.

“I think positive plays,” Nagy said. “We want to go out there and command in the huddle, which he has; he does it. If it’s a good play, don’t get too high … and if there’s a mistake, don’t worry about it. That’s what we’ve been trying to develop this camp.”

Nagy was far from the only new addition to the Bears in the offseason, particularly in terms of offense.

With a revamped group of receivers, the addition of tight end Trey Burton from the defending-champion Philadelphia Eagles, and the second-round draft selection of versatile offensive lineman James Daniels, there are plenty of offensive areas to examine Thursday aside from quarterback play.

Generally speaking, safety Eddie Jackson noted for the second time this camp just how different the offense looks as a whole, both scheme-wise and talent-wise.

“It’s faster and more aggressive,” Jackson said. “[There are] a lot of guys on the offensive side of the ball that can make plays with the ball in their hands, so that’s the biggest thing.”

Jackson specifically noted Burton, who was overshadowed by Pro Bowler Zach Ertz during his Eagles tenure, has brought a lot to the table.

“He’s very fluid with his routes. He’s not like a normal tight end; he’s smooth; he has quick speed and things like that,” Jackson said. “He’s just an overall good tight end, especially in the passing game.”

The Bears stretch at the start of training camp practice at Olivet Nazarene University.