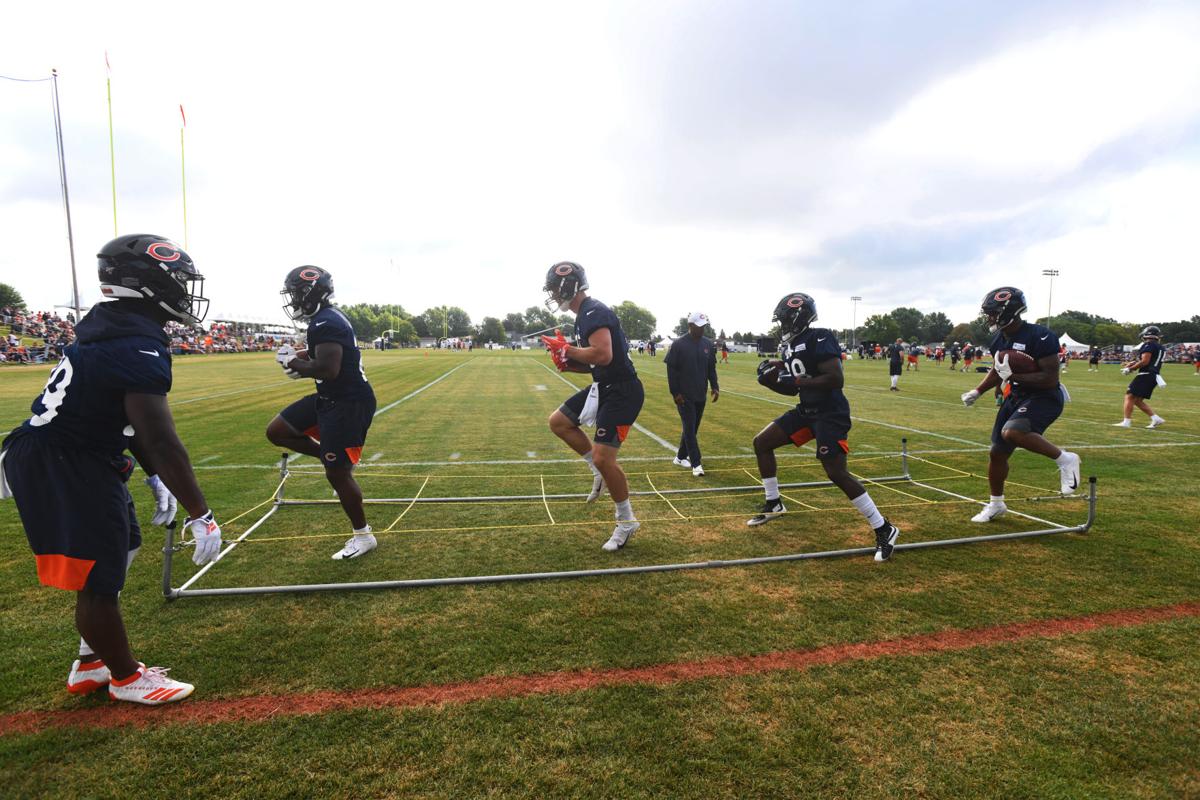 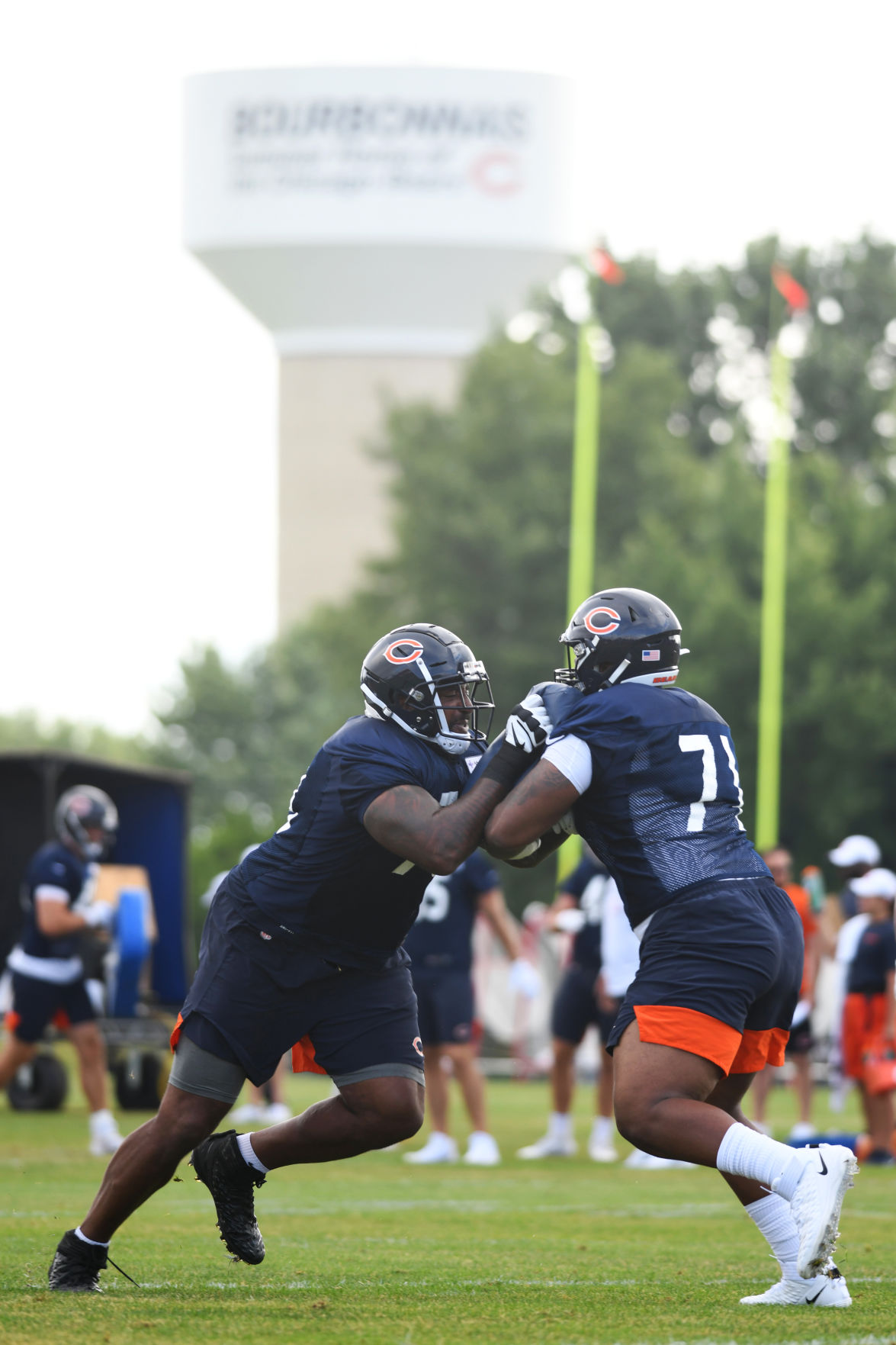 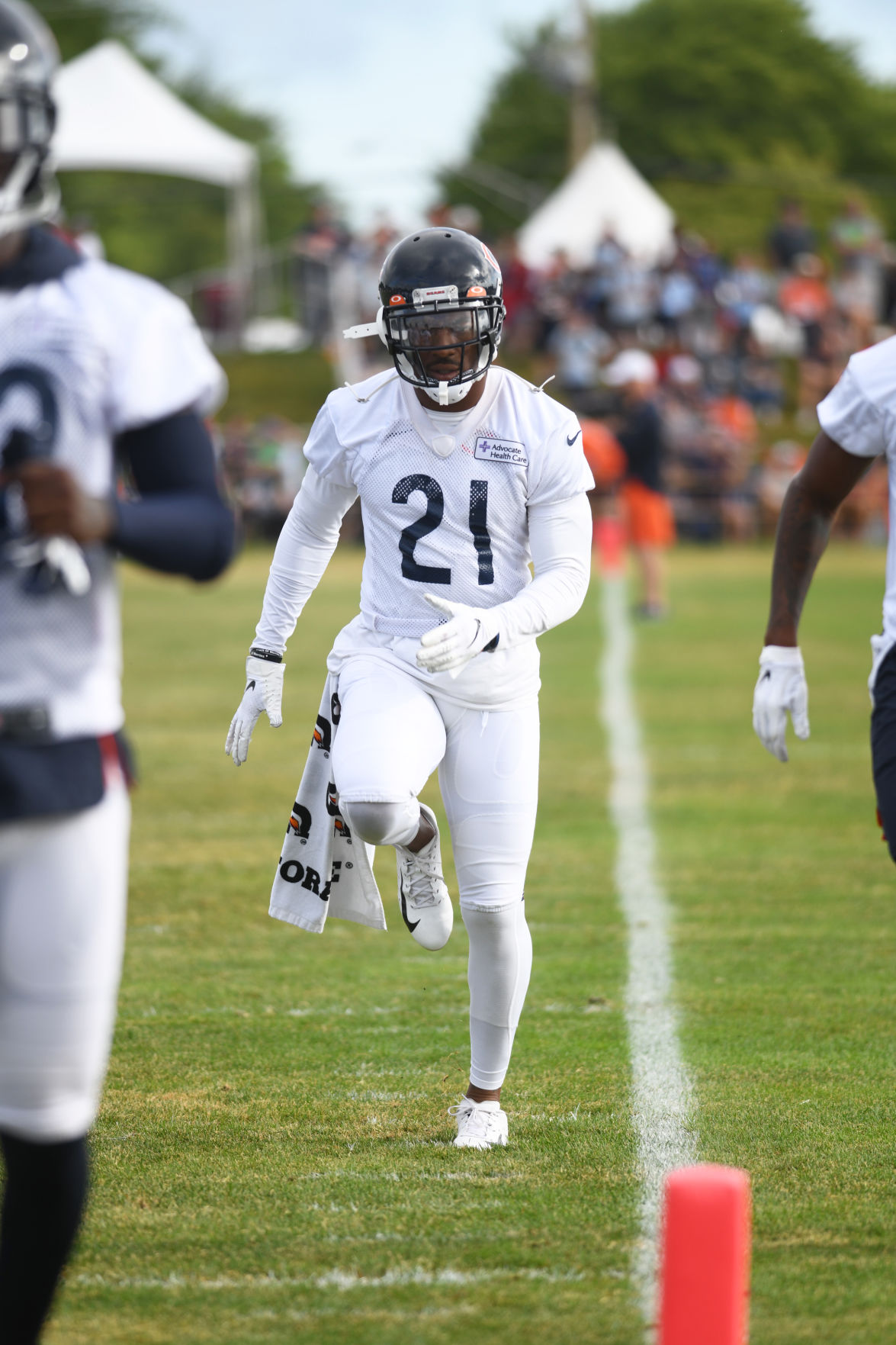 Chicago Bears’ defensive back Ha Ha Clinton-Dix warms up Tuesday ahead of practice at the Chicago Bears Training Camp at Olivet Nazarene University.

Chicago Bears’ defensive back Ha Ha Clinton-Dix warms up Tuesday ahead of practice at the Chicago Bears Training Camp at Olivet Nazarene University.

The Bears briefly returned to Bourbonnais after they celebrated last weekend back in Chicago. After just two practices, Chicago is where they’re headed again, in advance of Thursday’s preseason opener, a home game against the Carolina Panthers.

But before they finally get to face opponents other than themselves on Thursday, the Bears strapped up their helmets for productive practice Tuesday.

Head coach Matt Nagy lauded his players’ efforts at a time where most teams and players hit the preseason lull due to the monotony that a training camp can lend.

“The guys are doing a great job of fighting through where we’re at right now,” Nagy said. “It’s time to get to the preseason game and get rolling there.

“I’m happy with our progress, I like where our guys are mentally and physically and (Thursday) willll be here before you know it.”

Nagy attributed that progress to the hunger, desire and passion his team has displayed through the first couple weeks of camp.

“Not one time in this camp have I had to say, ‘Pick it up,’” Nagy said. “(Eddie Jackson mentioned that in breaking down the team huddle a few days ago, that (I) haven’t had to say that. And he’s right, it’s real.

“These guys, they lead themselves, they motivate themselves,” he continued. “And when you have that, it makes my job as a coach a whole lot easier.”

According to linebacker Khalil Mack, the positive energy and self-motivation the team has practiced is contagious, especially on the defensive side of the ball.

“You’ve gotta have that cohesiveness,” Mack said. “There’s an energy you can’t help but bounce around and feel light because everybody’s flying around to the ball and want to make a play.”

While Bears fans will be able to see their favorite team in official NFL action for the first time since January’s ill-fated NFC Wild Card round loss, those fans shouldn’t expect to see too many of the Bears’ bigger names take part in much action, if any at all.

Much like last year’s preseason philosophy, many already-penciled in starters will either be in street clothes or playing a limited amount of snaps. That approach seemed to help the Bears stay healthy during the season, as they had just six players end the season on injured reserve, a far cry from the 19 that suffered season-ending injuries during John Fox’s last year at the helm in 2017.

“I think (the philosophy) works, but every team is different,” Nagy said. “We had five (preseason) games last year, this year we have four.

“We love where we’re at right now depth-wise and when the time comes, no matter what position it us, for us to be able to evaluate second- and third-team players versus some ones and some twos, that’s pretty good.

Asked if any players specifically have already been ruled out, Nagy was non-committal, but noted again that with so much depth on this year’s squad, it will be beneficial no matter who plays.

Mack will almost assuredly be one of those players that doesn’t suit up for Thursday’s game. But whoever does put the pads on Thursday, he expects those guys to all do the same thing.

“I hope to see dominance, no matter who’s on the field,” Mack said. “Just make plays, and ultimately, even if you don’t end up being here, you put that display on film for the whole league to see.”

Out of all the players that will without certainty see some action, the most intriguing players to watch may end up being kickers Elliott Fry and Eddy Pineiro as they continue to duel for the kicker spot.

Neither player kicked any field goals Tuesday after they both got some reps in on Monday. Nagy said that was due to the rest factor and also the simulation of a regular season game week.

“This is what (special teams coach Chris Tabor) does where yesterday he combined them, today take a little breather,” Nagy said. “The guys in general have dead legs, they’ve kicked a lot, so let’s get them ready for that preseason game.”

And with a smile, Nagy added that he expected all of their kicks to come via extra point attempts.

SCHWEIZER: Growing up with the Bears

Reminiscing on the days of taking in camp as a youngster.

The Herscher and Kankakee Eastside youth football organizations were on hand for Community Day at Chicago Bears training camp Tuesday.