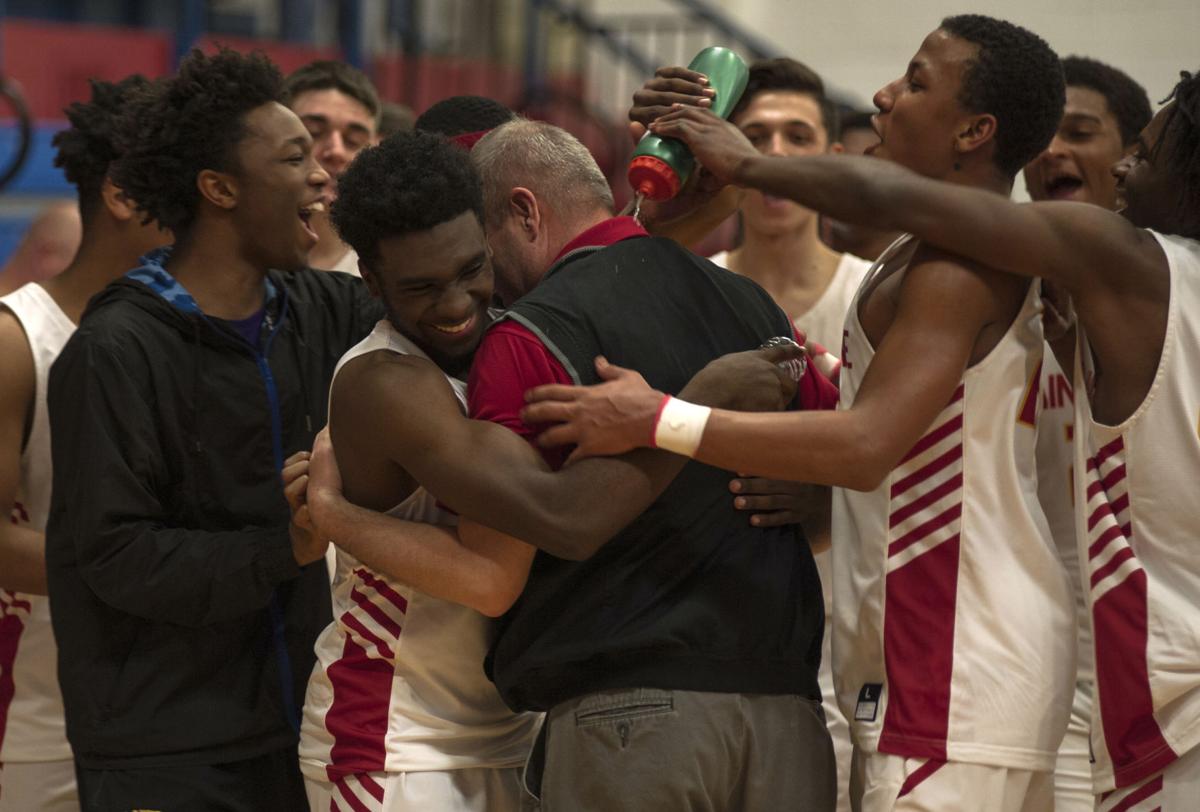 St. Anne head coach Rick Schoon, center, is surrounded by his team after his 400th career win last season against Dwight at the Sangamon Valley Conference Tournament in Onarga. Schoon was inducted into the Illinois Basketball Coaches Association Hall of Fame on Monday. 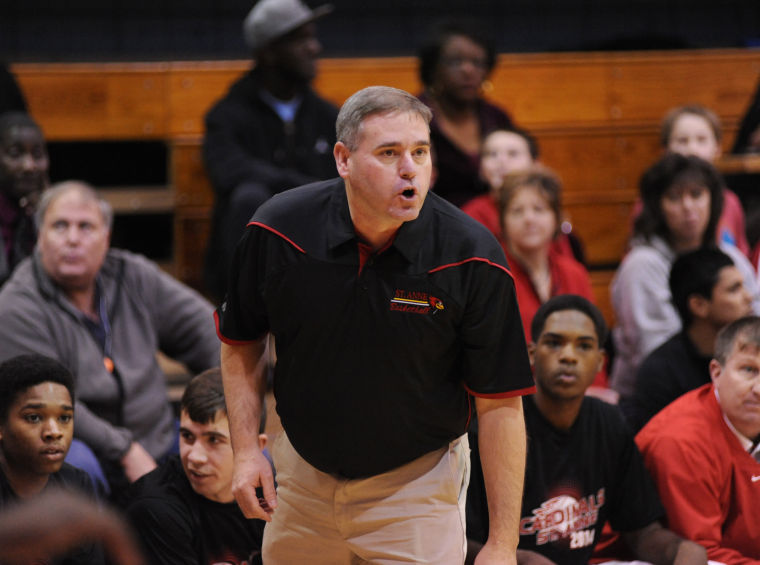 St. Anne head coach Rick Schoon, center, is surrounded by his team after his 400th career win last season against Dwight at the Sangamon Valley Conference Tournament in Onarga. Schoon was inducted into the Illinois Basketball Coaches Association Hall of Fame on Monday.

Every year since 1973, the Illinois Basketball Coaches Association Hall of Fame honors some of its best and most influential players, teams, coaches, media, officials and friends of basketball in Illinois history. This year is no different, despite maneuvering through a global pandemic, as two local individuals made it into the Hall of Fame.

Rick Schoon, the head basketball coach at St. Anne, and Mitch Ward, a former hooper at Donovan, will be inducted into the class of 2021.

“It’s very humbling,” Schoon said. “It’s not something I ever thought would be possible or accomplished. I never thought of it being a remote possibility or even thought of the Hall of Fame.

“I’m honored to be a part of it, and I know our area is rich with coaching abilities around here.”

Schoon has served as the Cardinals head boys basketball coach since the 1998-99 season. During that time, he has brought a strong culture of winning to the program, which has resulted in hundreds of victories. Last season, Schoon surpassed his 400th career victory as St. Anne’s coach. During the past 22 seasons for the Cardinals, Schoon has accumulated an overall record of 405-222.

That milestone is what ultimately made Schoon a no-brainer for this year’s class because he already met the other criteria of having served for 20 years or more, achieving success in games won in tournament championships and coaching a majority of their career in the state.

“I believe 400 wins is one of the requirements to make the Hall of Fame,” Schoon said. “So, me getting that milestone last season helped me become eligible for nomination this year.”

Although surpassing 400 career wins is impressive in its own right, Schoon’s most prominent success actually could be taking multiple teams to the state tournament in the early 2000s. In 2004, Schoon’s squad lost in the 1A quarterfinals when the IHSA was a two-class system, and in 2008, he led his team all he way to a Class 1A state title.

“Coach Schoon was a mentor to me during our practices, games and stuff, which made me better,” said Varron Burdunice, Schoon’s starting center on the state championship team. “He definitely deserves to be in the IBCA Hall of Fame because he has a lot of wins under his belt, and he really cares for his teams.”

With Schoon now a hall-of-famer and his youngest son, Brooks, graduating last year, it seems it is more than likely Coach Schoon will retire in the coming years. However, that seems as though it still could be well into the future, as Schoon still enjoys coaching as much now as he did when he first started.

“What keeps me coming back is that I still enjoy doing it,” Schoon said. “I still have a passion for the game, and I still enjoy working with the young men [who] I work with and associating myself with the other coaches in the area.”

As for Ward, there is little information available on the former Donovan basketball player. He went on to play college basketball at Purdue from 1963-66 after graduating from Donovan High School in 1962. Ward was unavailable for comment on his induction.