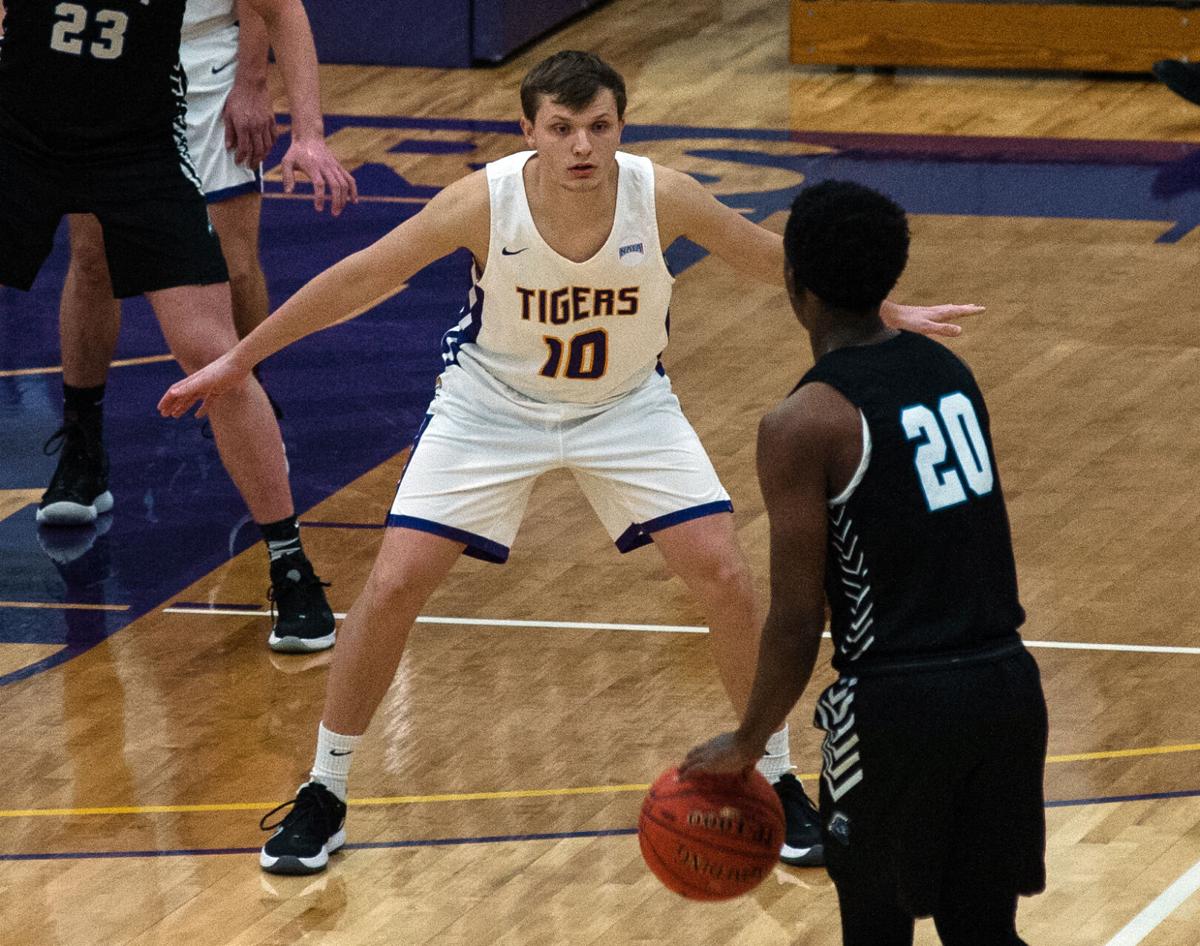 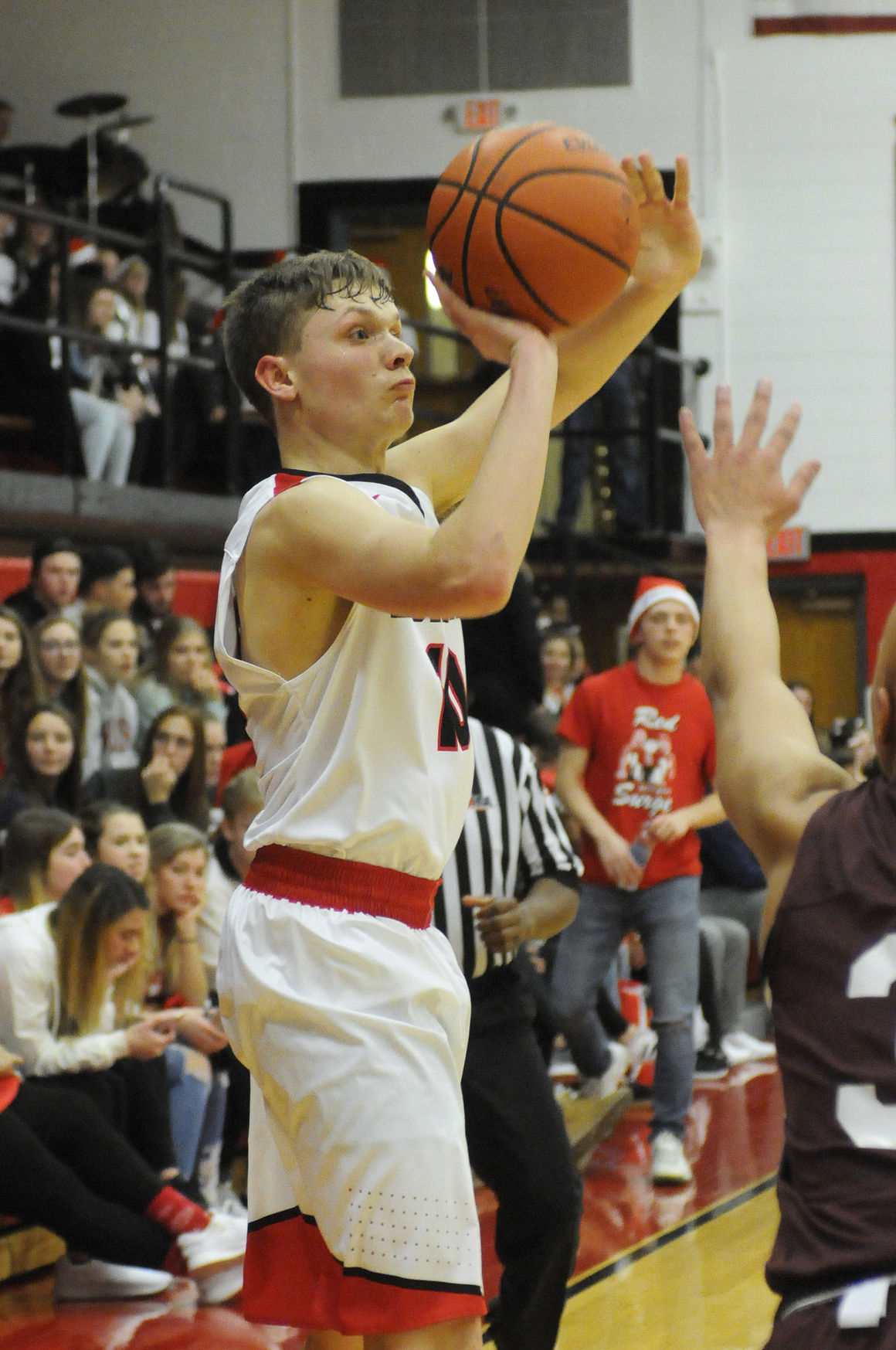 Former Bradley-Bourbonnais guard Christian Straw hits a shot during a 2018 game for the Boilermakers.

Former Bradley-Bourbonnais guard Christian Straw hits a shot during a 2018 game for the Boilermakers.

A majority of local student-athletes who go on to play college sports tend to go somewhere outside of the area, but not former Bradley-Bourbonnais guard Christian Straw.

Straw grew up in Bourbonnais and was a two-year starter for BBCHS, where he earned all-area and all-conference nods in his senior year in 2018. Between his love for basketball and his family, Straw opted to continue his basketball career locally at Olivet Nazarene University.

“A lot of the kids like to get out of Bourbonnais, but I like it here,” Straw said. “I like being able to see my family and do stuff with them whenever I can because those times won’t always be there. And I love playing for ONU because my family always comes to the games.”

In his first two seasons for the Tigers, the junior point guard barely had any in-game action. He began his ONU career on the junior varsity team, playing in just seven games for a total of 12 minutes. Straw then followed that up by getting bumped up to the varsity squad in his sophomore season last year, when he saw a major increase in opportunities, appearing in 25 games, averaging seven-and-a-half minutes and shooting 53.8 percent from deep.

“It’s great to get a chance to prove myself because I’ve been waiting my time, and we’ve had a really good team the past two seasons,” Straw said. “So, the years have gone by [quickly], but I’m ready to play and get out there and showcase myself.”

Now, just one year later, Straw has taken another gigantic leap forward, which has resulted in earning even more trust from head coach Nick Birkey.

“Last year, he was our backup point guard, and he probably had inconsistent minutes in that role because our starting point guard [Dane Schlafely] was really good and was an all-conference player, which left Straw with limited opportunities to play,” Birkey said. “But coming into this year, we felt like that experience would help him … and I felt like I can count on him whether it’s in a starting role or a back-up role.”

This season, Straw has appeared in all five of the Tigers’ games, including his first two career starts on varsity against Indiana Wesleyan and St. Francis. His role has continued to grow, as he is playing a career-high 11.4 minutes per game.

As it’s still too early in the season, with ONU is just 3-2 overall, Birkey has yet to decided whether Straw will be a starter or come off the bench going forward. Nonetheless, Birkey knows Straw will be ready to contribute in whatever role he has set out for the junior finance major.

“I think when you give a guy opportunity and show that you can rely on him and trust him, sometimes that’s all a guy needs to be confident and play confident,” Birkey said. “And that’s exactly what Christian is doing, whether he’s starting and playing 20 minutes or coming off the bench and playing 10 minutes. He’s going to go out there to compete and do what’s necessary for us to win.”

As his responsibility on the court continues to grow, Straw hopes he’s showing his coaches and teammates he’s worthy of that increased role when he’s out there.

“I want to get people open and instill trust into my coach and show him that I’m reliable on the court. And I want to show him that I can be a steady player for him on varsity for the next two years.”

If anyone knows how mentally tough Straw is, it’s his high school coach, Alex Renchen. Long before he took the court at the varsity level, Straw was a mainstay in the Boilers’ program dating back to middle school summer camps.

Both the Olivet Nazarene University men's and women's basketball teams were victorious Saturday.

The Olivet Nazarene University men's basketball team picked up a key conference win over the weekend.

The Tigers started their five-game road trip off in dominant fashion Wednesday.