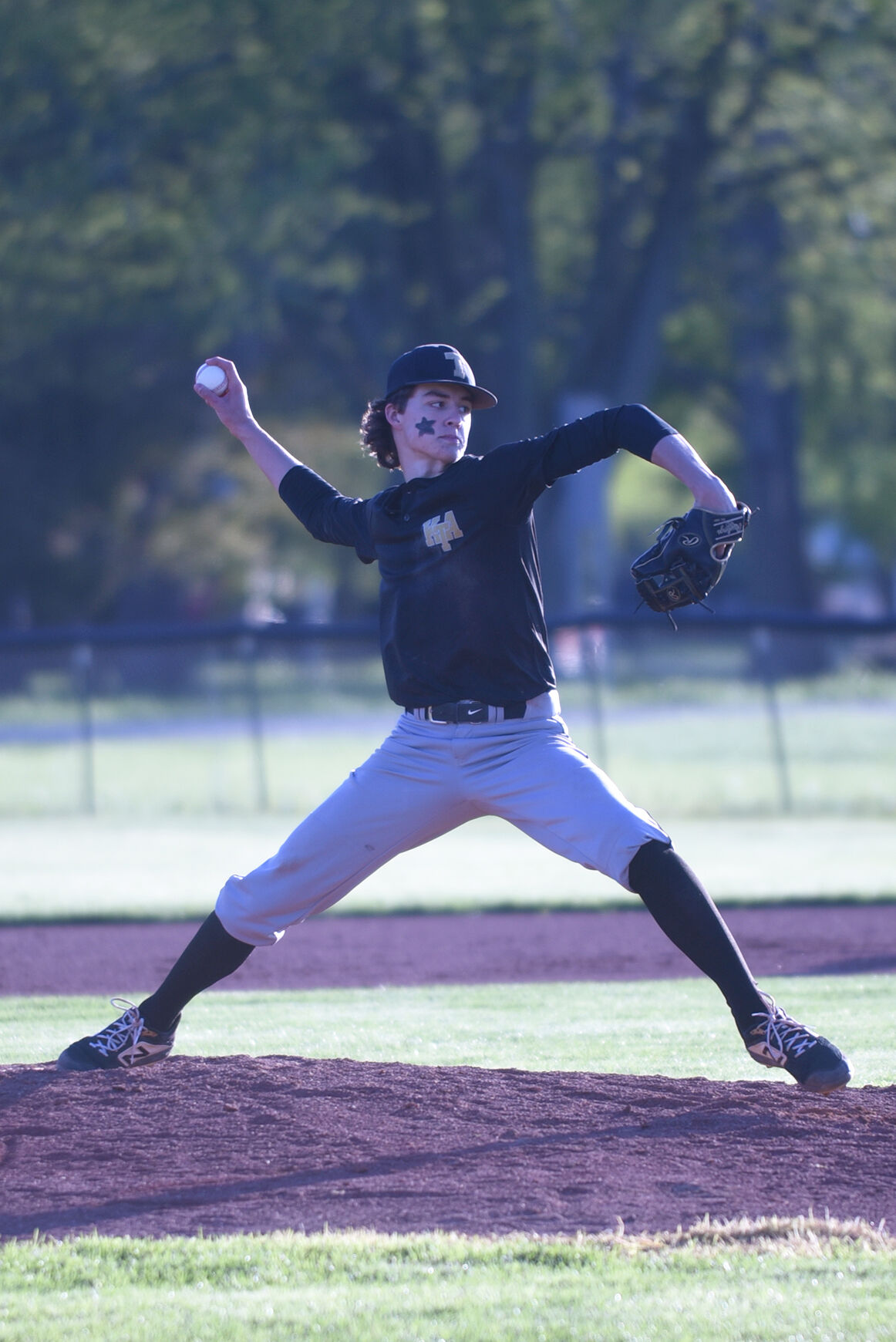 Trinity’s Zane Gadbois throws a pitch during Friday’s game at Grace Christian. Gadbois homered at the plate and earned the win on the mound in the Eagles’ 8-2 victory. 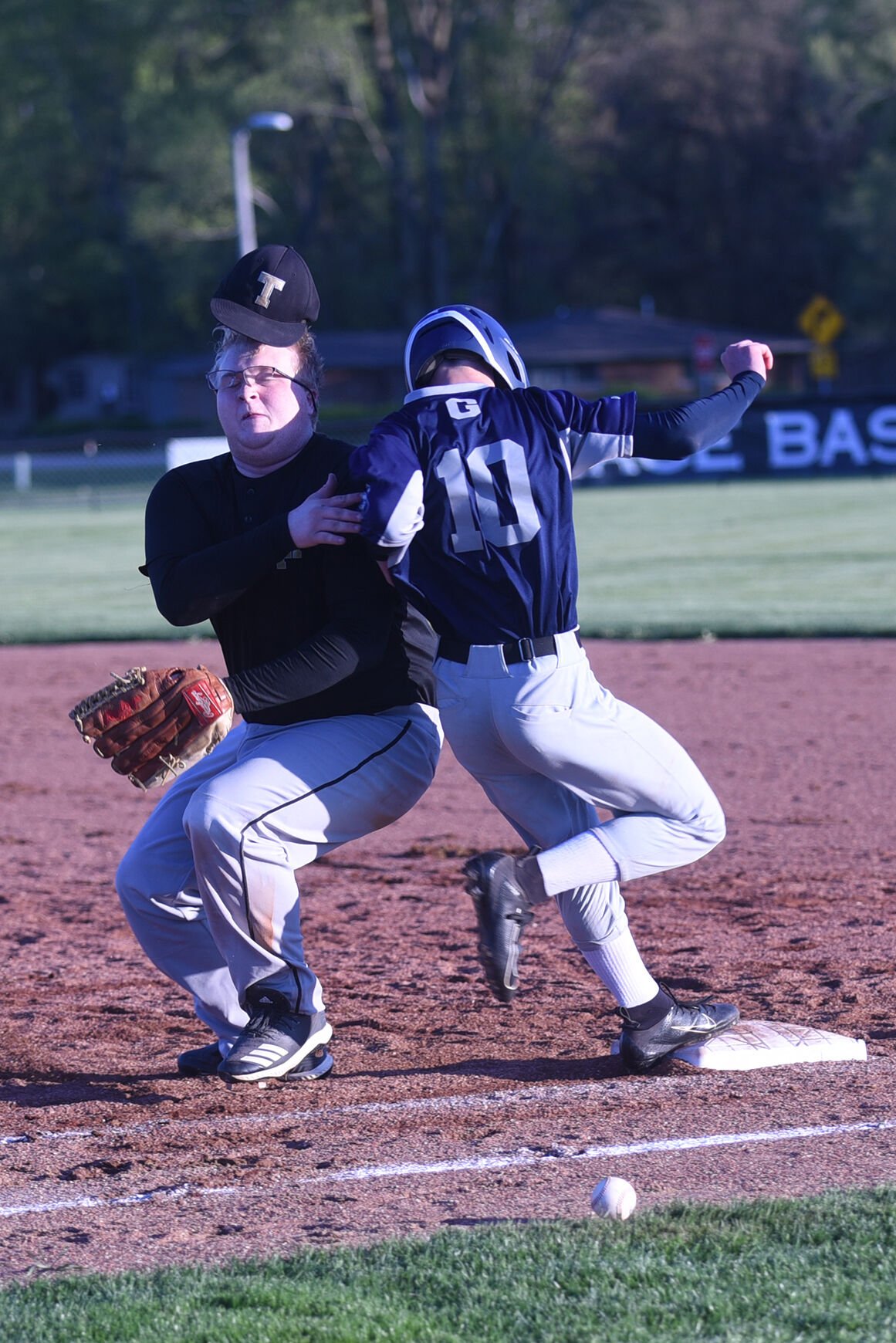 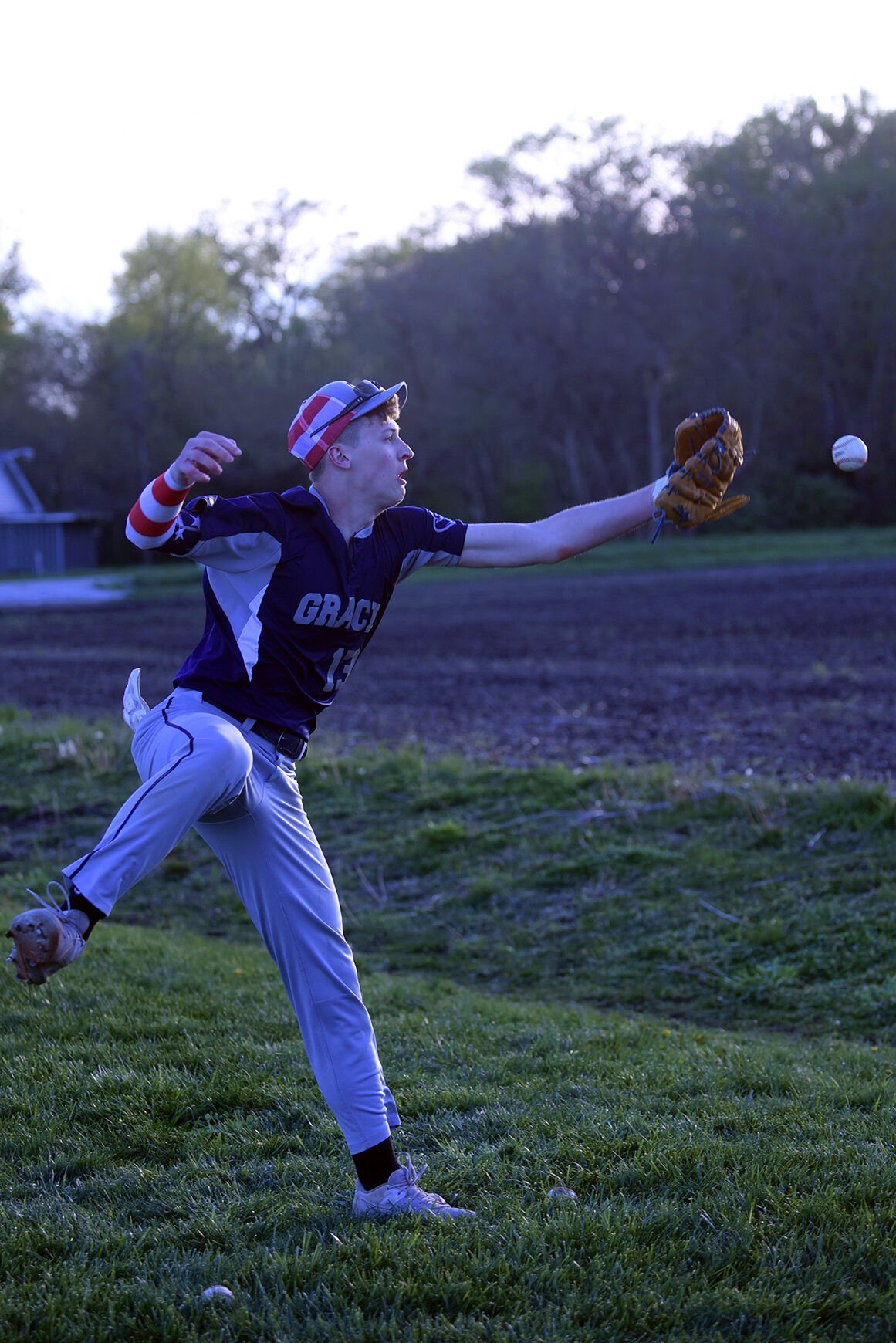 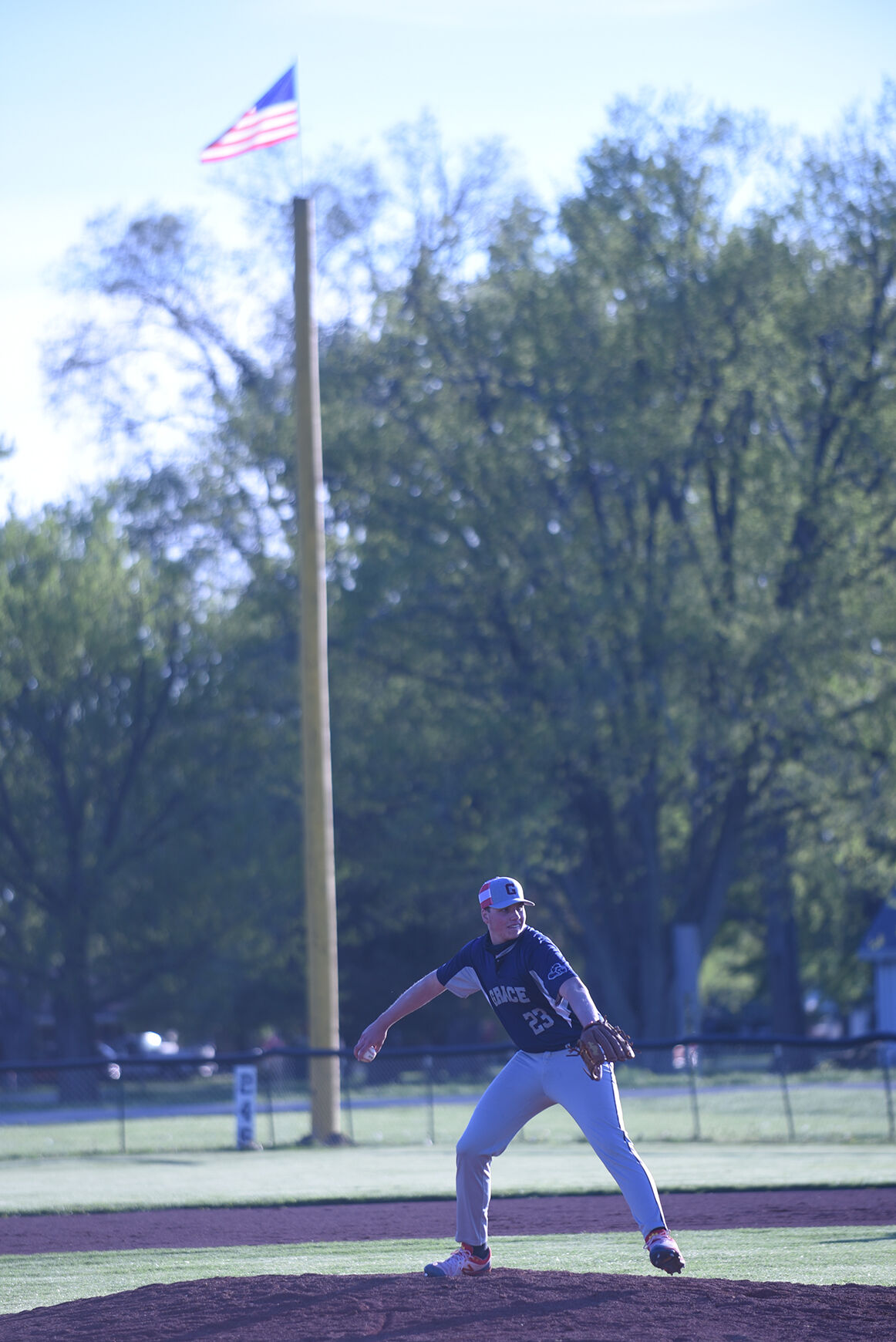 Grace Christian’s Miles Schaafsma throws a pitch while the American flag waves in the background during Friday’s home game against Trinity. 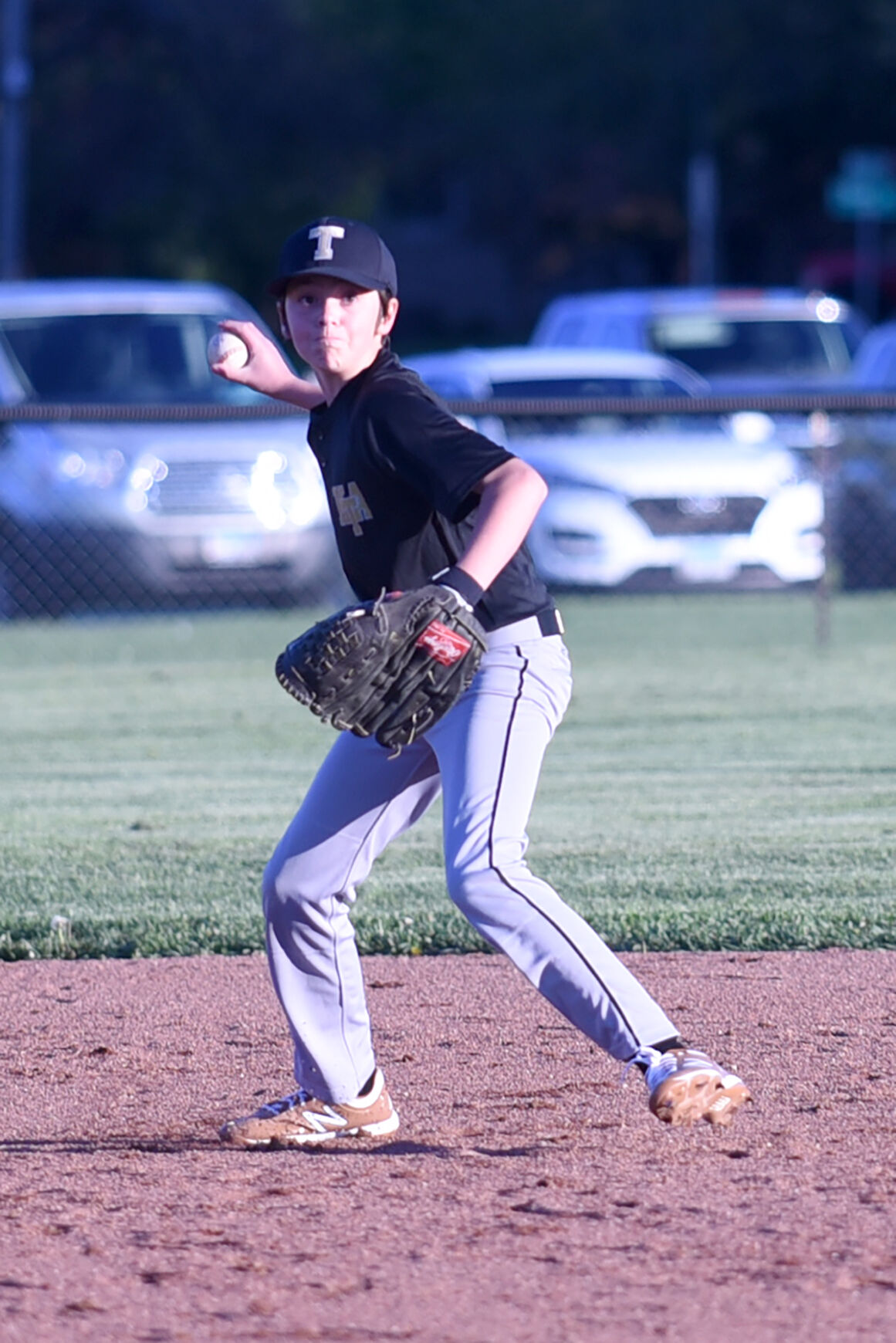 Trinity’s Owen Riley makes a throw to first base during Friday’s game at Grace Christian. 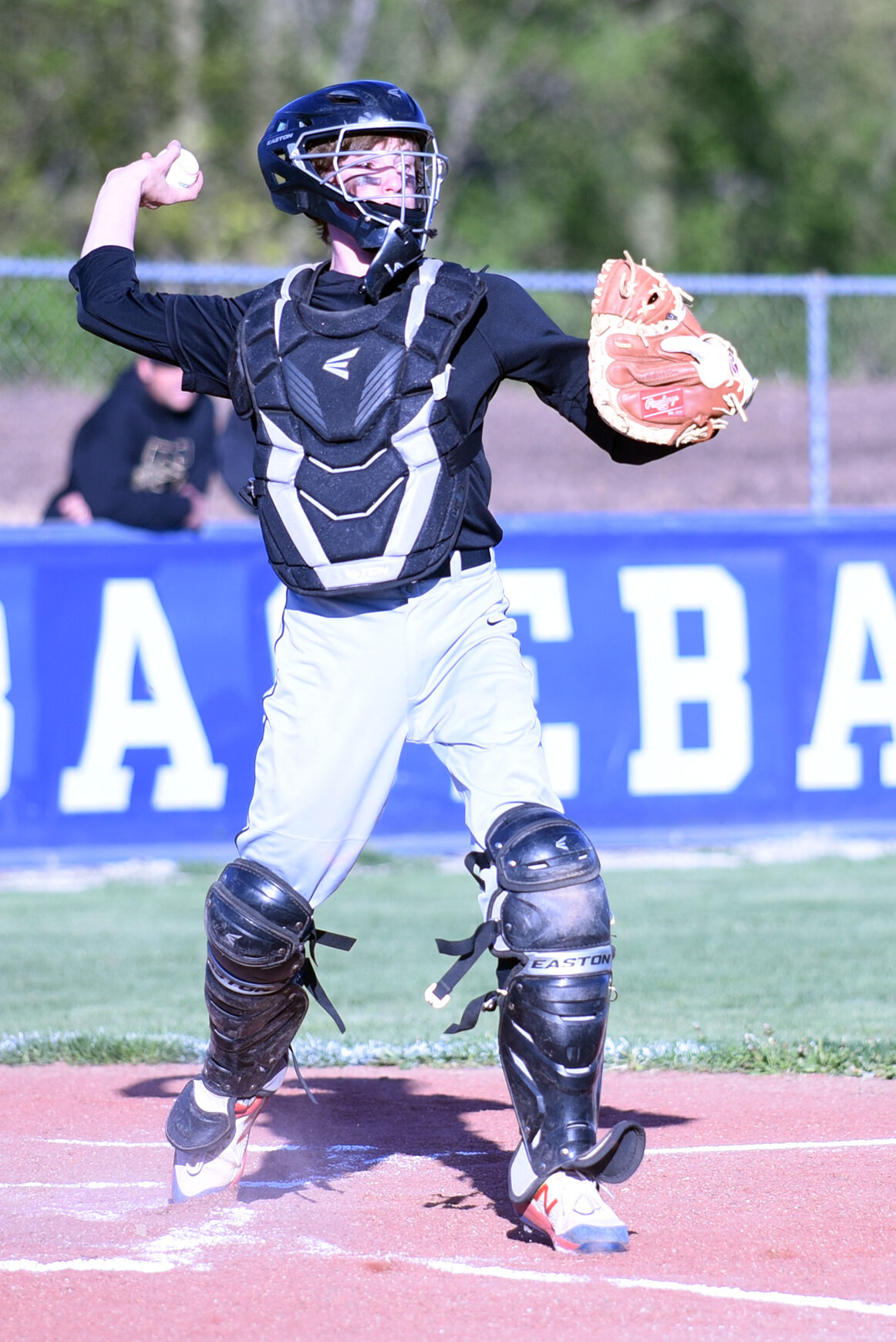 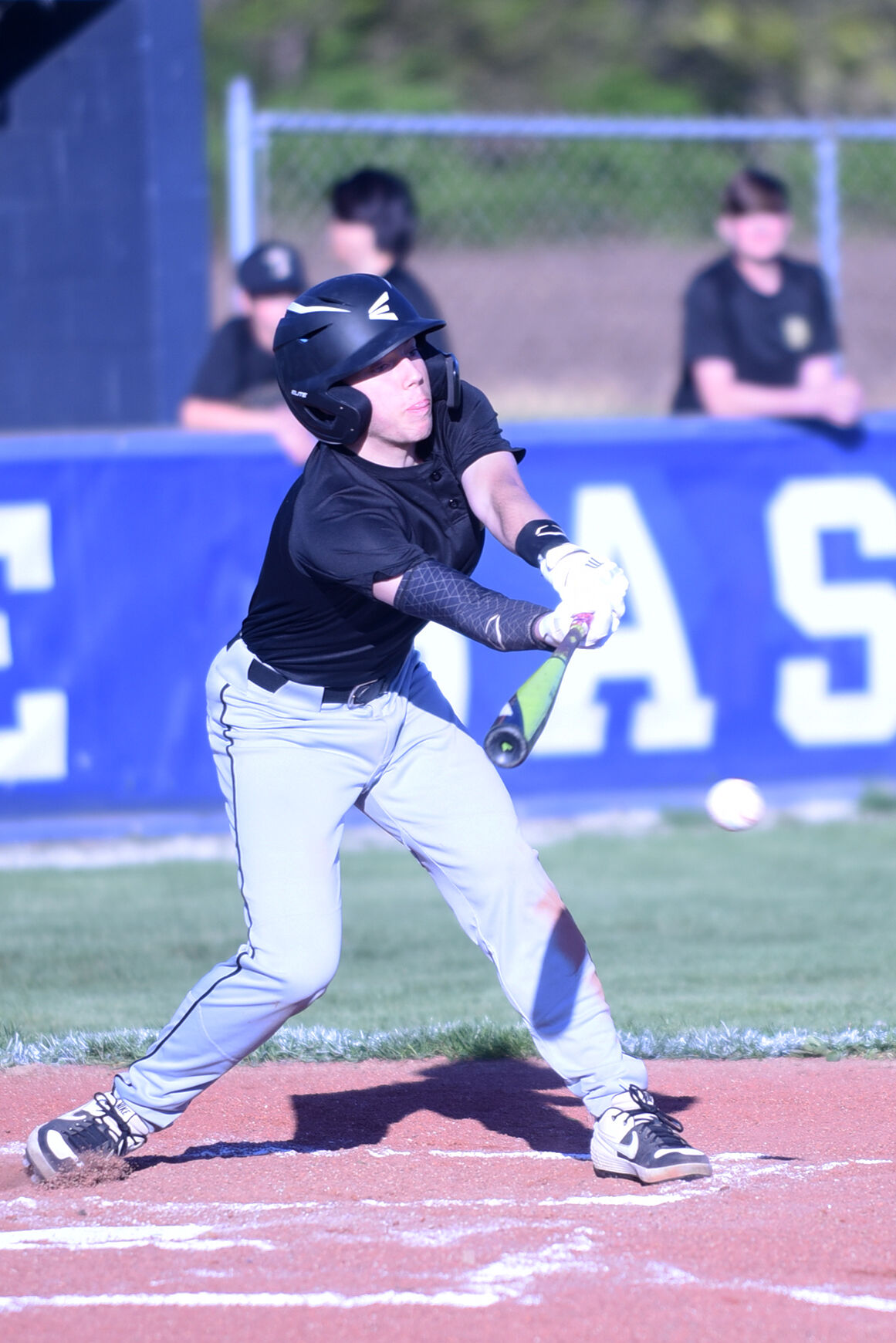 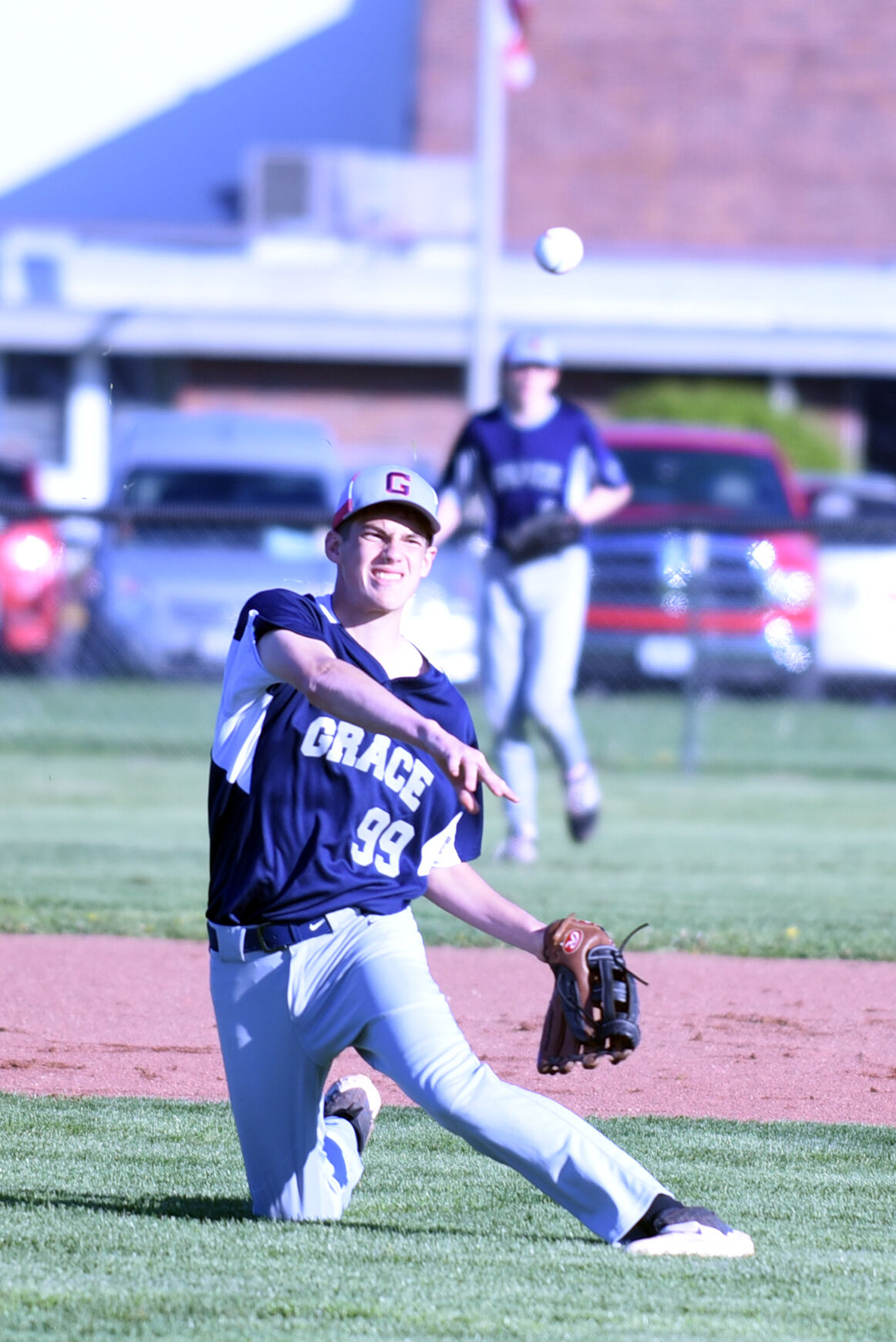 Trinity’s Zane Gadbois throws a pitch during Friday’s game at Grace Christian. Gadbois homered at the plate and earned the win on the mound in the Eagles’ 8-2 victory.

Grace Christian’s Miles Schaafsma throws a pitch while the American flag waves in the background during Friday’s home game against Trinity.

Trinity’s Owen Riley makes a throw to first base during Friday’s game at Grace Christian.

KANKAKEE — Trinity and Grace Christian have long stood as one of the area’s most familiar rivalries, with the same groups of players taking each other on in seemingly every sport from youth sports on. That longstanding friendly rivalry is what made Zane Gadbois’ four-hit day at the plate and eight-strikeout performance on the mound that much more memorable in the Eagles’ 9-2 victory.

“It’s always fun playing against Grace — they’re great sports, and it’s always a good game,” Gadbois said. “It’s special because we used to play wiffle ball together, and now we get to play the real thing.”

It was the opening game of the summer season for the Eagles, who scored a run in five of the game’s seven innings. A pair of runs in the third preceded a two-run bomb from Caleb Kendregan in the fourth, and Gadbois put a bow on things when he smacked a two-run, opposite-field jack in the sixth, but for Eagles coach Scott Kendregan, it was the play of a varsity newcomer who wasn’t even in the starting lineup that epitomized the Eagles’ performance Friday evening.

Freshman Owen Riley was forced to make his varsity debut earlier than expected when he went into the game at second base as an injury substitute in the second inning. Riley singled, recorded an RBI on a fielder’s choice and handled half a dozen clean grounders to catch the eye of his coach and teammates alike.

“He made all the plays at second base, and this game really weighed on how he played,” Scott Kendregan said. “Plus, he put the bat on the ball. … Yeah, guys hit home runs, but Owen putting the bat on the ball, that’s the main thing.

“When you put the bat on the ball, good things happen.”

The Crusaders got to Gadbois in the first on an RBI groundout from Miles Schaafsma, and their second run was tagged to Gadbois before he left in the fourth, but for the most part, the Eagles’ ace was soaring Friday. He fanned eight batters and allowed an earned run on just one hit and a walk during 3 1/3 innings.

“He throws hard, and today was the first game, so we’re not too worried about it, but he [has to] throw that first-pitch strike,” Scott Kendregan said. “When he throws that first pitch for a strike he’s dominant … and he dialed it in pretty good.”

Aside from a troubling ace opposing them, the Crusaders also were faced with another variable when they were without head coach Jeff Cross and assistant coach Chris Gnandt. Boys basketball coach Alan McGuirt filled the lead role Friday, and despite the loss, was proud of how the Crusaders were within striking distance for much of the evening.

“There might have been a couple things we could have done better, but overall I’m extremely happy,” McGuirt said. “... I wonder what Coach Cross would think, but I’m ecstatic.”

Cross told the Daily Journal after the game he knows seeing McGuirt and Marty Schaafsma, who also filled in this week, is something that will mean more to the kids than any scoreboard.

“Marty and Alan are exactly what Grace is about, helping even though it’s not their sport,” Cross said. “They’re about investing into the kids, and I’m 100 percent certain that our kids see that and will invest into their teammates and classmates. It’s way bigger than chasing the wins.”

Zach McGuirt doubled and scored for the Crusaders, and Sashko Robinson singled and scored. Schaafsma struck out six and allowed nine runs (eight earned) on nine hits during 5 2/3 innings.

The Eagles host Donovan at 10 a.m. Wednesday. The Crusaders get back to River Valley Conference play, where they stand at 1-0, when they visit Illinois Lutheran at 4:30 p.m. Monday.