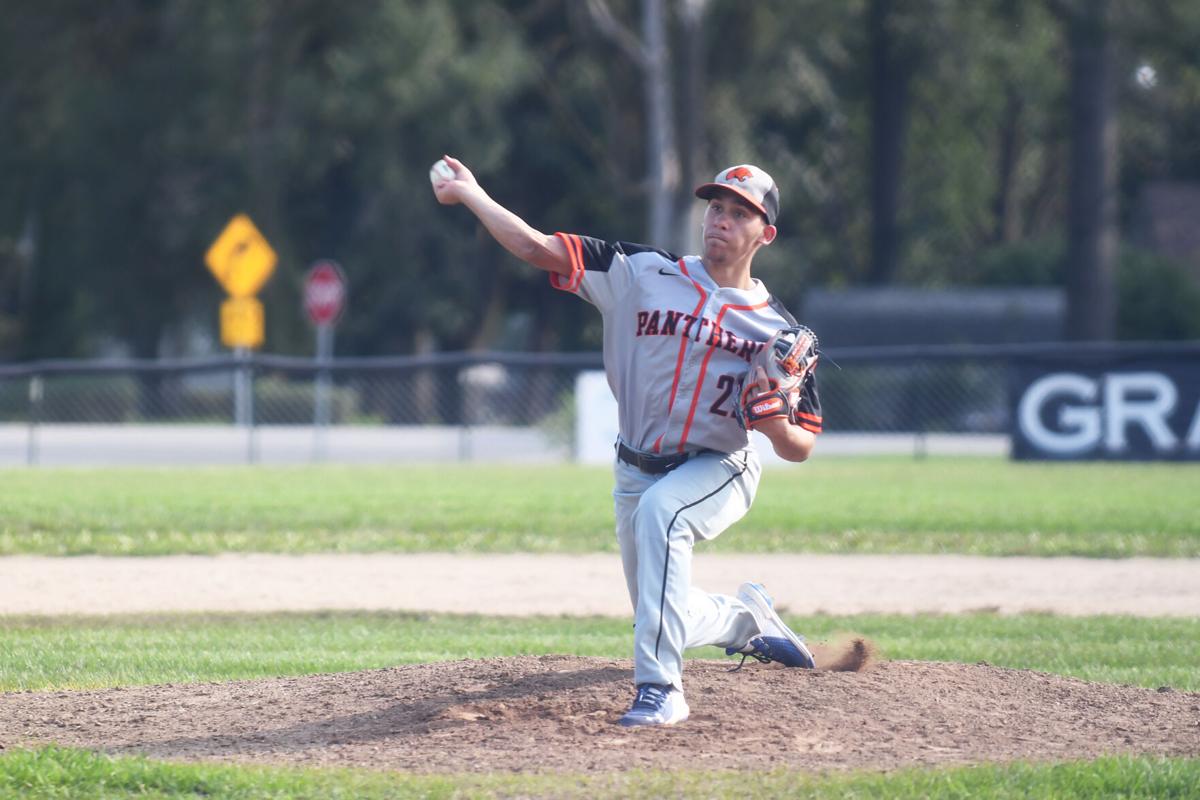 Gardner-South Wilmington's Kaden Grivetti throws a pitch Tuesday during the Panthers' 1-0 victory in the first of two five-inning games against Grace Christian Academy. Grivetti and teammate Caydan Landry combined for a no-hitter. 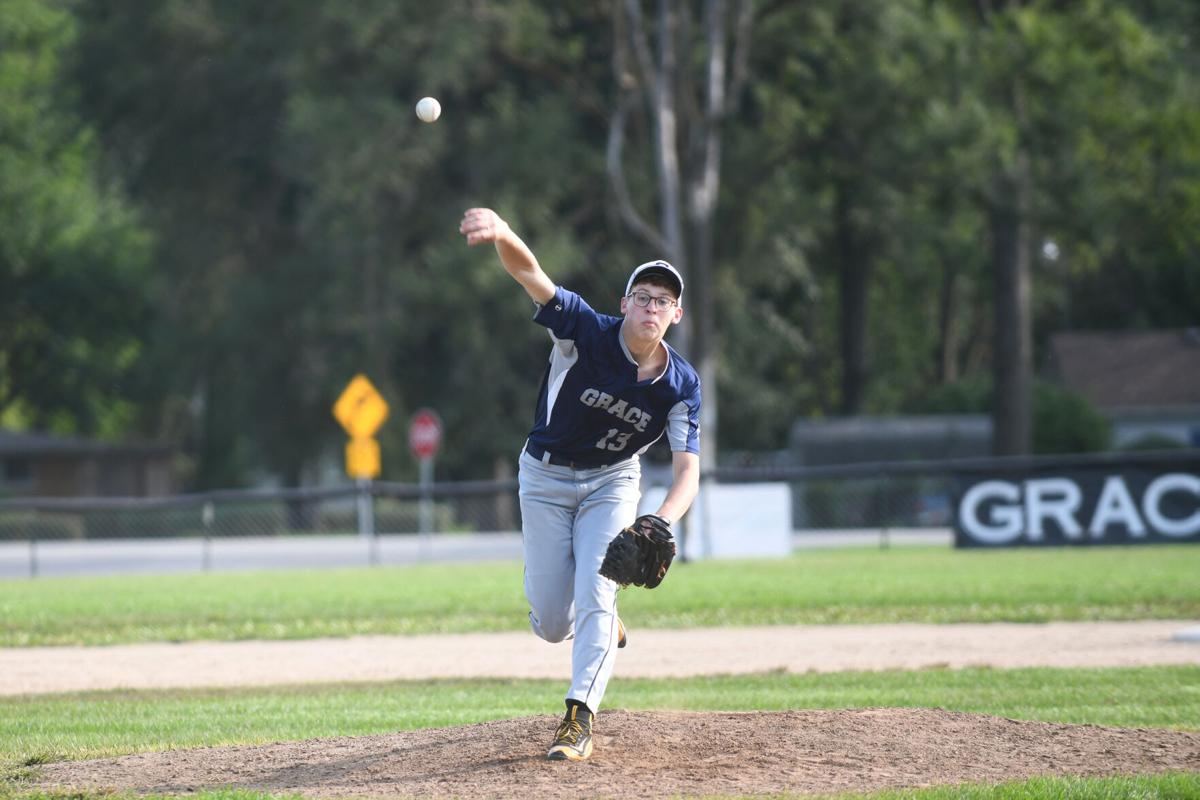 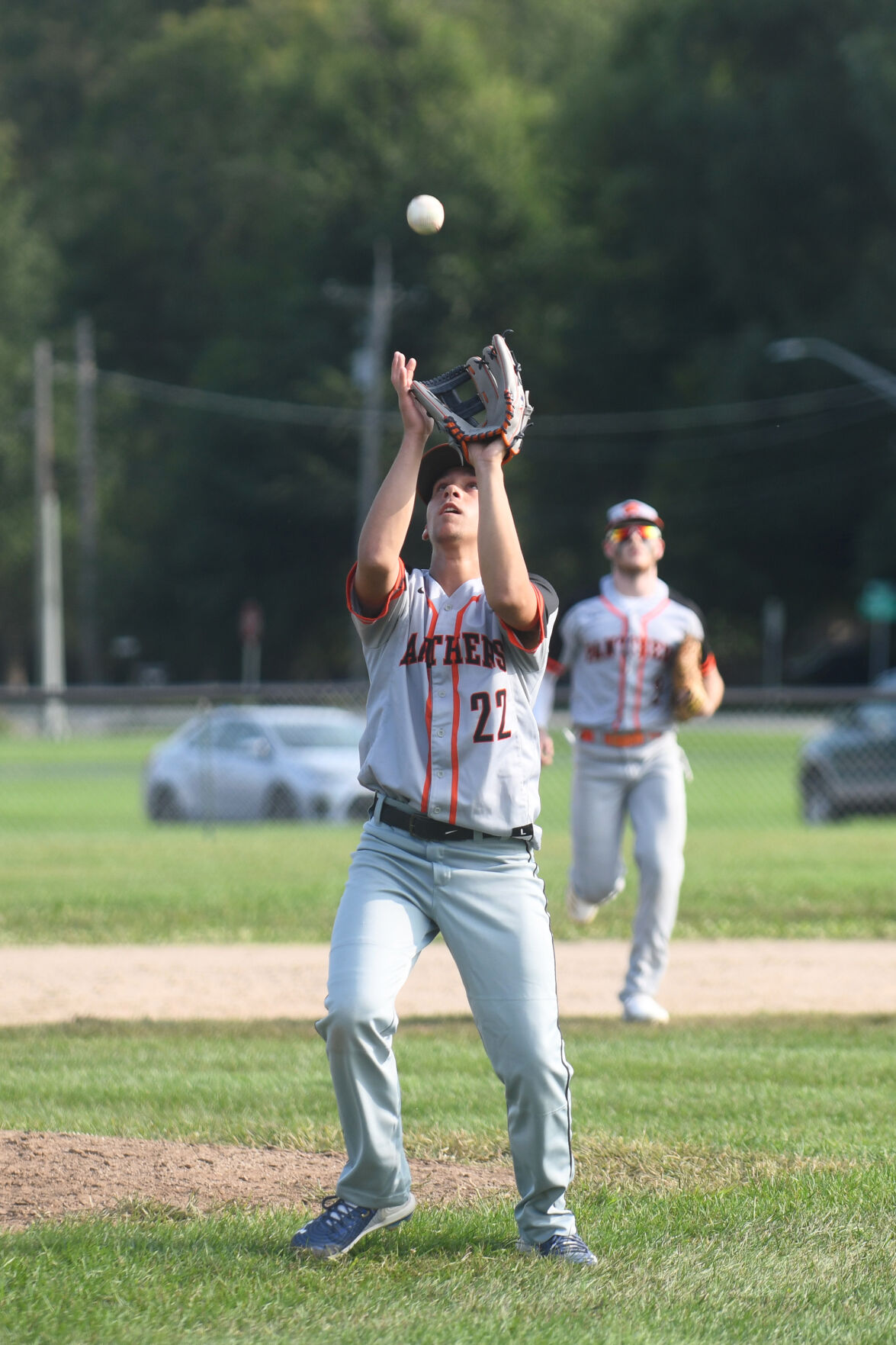 Gardner-South Wilmington's Kaden Grivetti catches an infield fly as shortstop Caydan Landry looks on Tuesday during the Panthers' 1-0 victory in the first of two five-inning games against Grace Christian Academy. Grivetti and Landry combined for a no-hitter.

Gardner-South Wilmington's Kaden Grivetti throws a pitch Tuesday during the Panthers' 1-0 victory in the first of two five-inning games against Grace Christian Academy. Grivetti and teammate Caydan Landry combined for a no-hitter.

Gardner-South Wilmington's Kaden Grivetti catches an infield fly as shortstop Caydan Landry looks on Tuesday during the Panthers' 1-0 victory in the first of two five-inning games against Grace Christian Academy. Grivetti and Landry combined for a no-hitter.

KANKAKEE — When Gardner-South Wilmington was warming up for its doubleheader at Grace Christian on Tuesday, Panthers coach Alan Wills wasn’t quite sure what to expect from starting pitcher Caydan Landry and the rest of a team that was playing its first competitive baseball in more than a year.

But Wills’ worries were quickly assuaged. Landry struck out six batters and worked himself out of a couple of self-made jams via three walks during three innings before Kaden Grivetti shut the door with three strikeouts in the last two frames. The two combined for a no-hitter and narrowly topped a brilliant pitching performance from Grace’s Zach McGuirt to the tune of a 1-0 victory in the Panthers’ first game of the year.

“[Landry] was a little shaky in warmups and bounced a few to the plate, and I said, ‘Oh, boy; this could be ugly,’” Wills said. “But once the game came, he was throwing hard, and he had a couple of walks but no hits.

The lone run of the game came in the top of the first during a first-and-third situation. With Grivetti on third and Blake Huston on first, Huston initially looked dead in the water getting caught napping between first and second.

But he was able to get into a pickle and stay in it long enough for Grivetti to cross the plate and give the Panthers what ended up becoming the only run of the game.

“We didn’t try that play, we just had some first game jitters on the basepaths,” Wills said. “We were lucky Blake stayed in the rundown long enough that Kaden could score from third.

“It could have been worse, but it wasn’t drawn up that way.”

Crusaders coach Jeff Cross said it was an ironic appearance of the old first-and-third play after the team just went over them, and they executed it properly, which is the primary focus of the abbreviated fall season.

“We just put in first-and-third situations at practice [Monday], and we ran the play correctly, but we don’t quite trust our baseball instincts yet, which is what fall baseball is all about,” Cross said. “You think at that point in time to just get an out, it’s the first inning, and we’ll get a run, but we just never got a run.”

That was the only run that was able to cross because McGuirt was almost as effective as the Panthers’ duo. The Panthers’ lone run was unearned, and he allowed just two hits and a walk while striking out eight during five innings.

For the Panthers, it was their first time out on the diamond since the end of the 2019 season, a year in which many of their players were still at the junior varsity ranks.

“After losing last season, it’s just nice to get out there and play when we’re able to,” Wills said. “It was nice to get a group of boys out there that wanted to play.

“It was fun for me to get out there; it was great day to play baseball, and the kids loved it and were glad to get some action in.”

The Crusaders still are searching for their first win after four fall contests, but Cross has been pleased to see the progress made already, hanging in a 1-0 game less than two weeks removed from a double-digit loss to Trinity.

“I think we’re playing better defensively, and [McGuirt], who pitched our opening game and couldn’t find the zone, was all over the zone today,” Cross said. “If we would have [gone] seven innings, I think that could be a different game.”

In the second game, the Panthers’ bats awakened as they slapped together 15 runs on 15 hits, and Blake Huston tossed three innings of no-hit ball, resulting in a 15-0 three-inning win.

Huston struck out four and walked one and added three hits, a run and an RBI. Landry tripled, singled twice and scored three times. Nathan Weese had a pair of hits, a pair of runs and a pair of RBIs. Grivetti singled, scored three times and drove in three. Alex McElroy hit a two-run double.