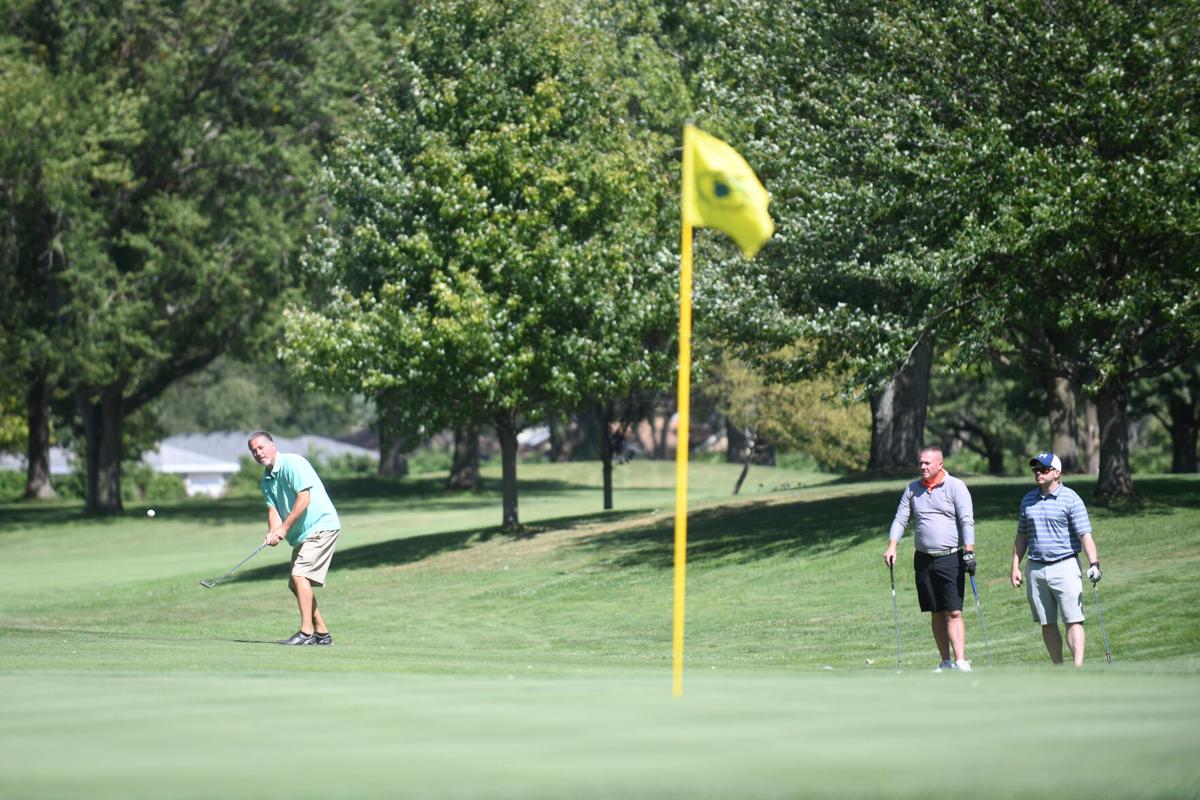 David Faber, left, chips onto the green Saturday as his group mates watch during the first round of the 58th annual Clive Rollison Memorial Golf Tournament at the Kankakee Country Club. 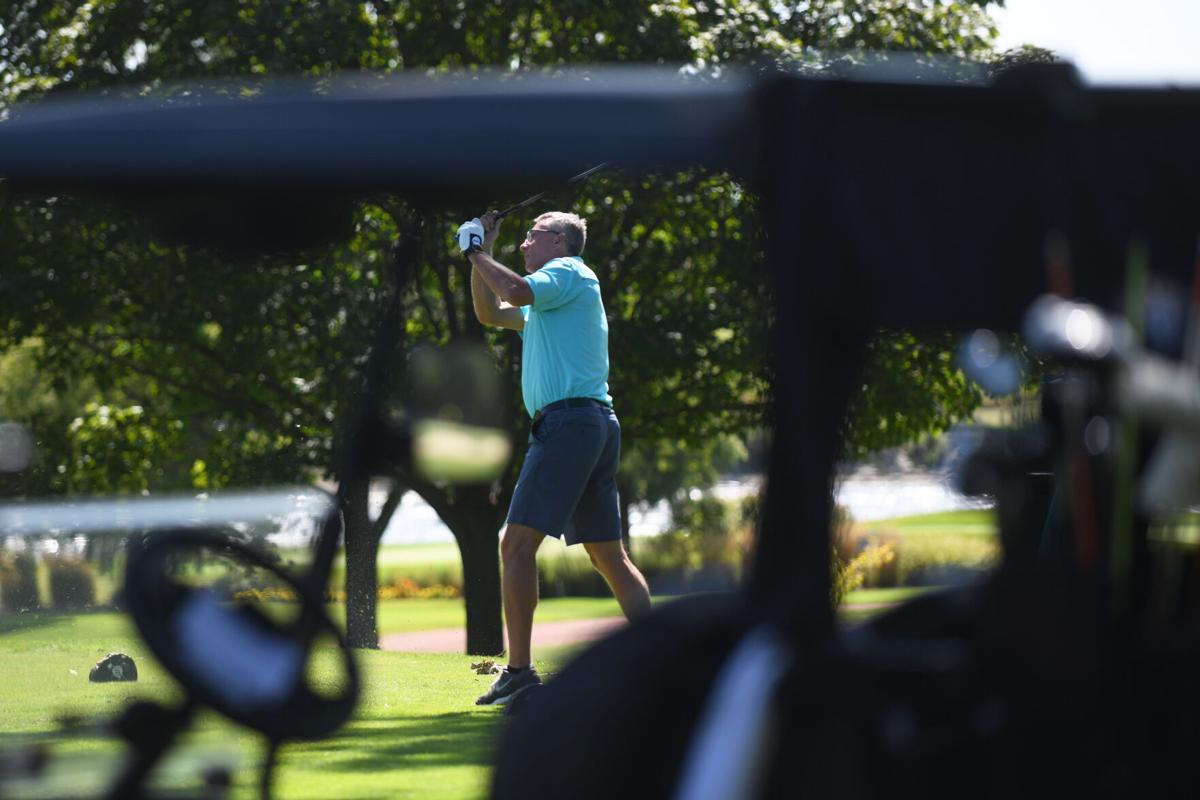 Competitor Mike Beach tees off Saturday during the first round of the 58th annual Clive Rollison Memorial Golf Tournament at the Kankakee Country Club.

David Faber, left, chips onto the green Saturday as his group mates watch during the first round of the 58th annual Clive Rollison Memorial Golf Tournament at the Kankakee Country Club.

Competitor Mike Beach tees off Saturday during the first round of the 58th annual Clive Rollison Memorial Golf Tournament at the Kankakee Country Club.

“It’s the 58th annual; it’s just the most important event of the year for the club. The whole club gets involved from the lady golfers being scorekeepers, the team draw; it’s just the grand finale at the end of the year.”

Although it was Team Frye (Kent Frye, Travis Barker, Brian Hiatt and Daniel Korthauer) and Team Wilcox (Ronnie Wilcox, Leonard Sulley, Mehmet Sipahi and Matthew Schore) that took shares of the lead into Sunday after both teams shot -20 on Saturday, it was the quartet of Tyler Boerschig, Ryan Magruder, Bruce Dickstein and Steve Smith that ended up sneaking up to the top of the leader board, thanks to a remarkable Day 2 performance, during which they shot 17 under par to finish first at the end of the two-day competition.

“We knew that yesterday we left a lot of points out, and we knew we were a better team than that,” Dickstein said. “So, we had a lot of confidence coming into today, and the guys played great.”

The foursome entered play Sunday tied for fifth place at -14, six strokes off the lead. However, they covered major ground on Day 2 to jump all the way into the lead and earn the tournament’s top honor by a slim margin, finishing at -33, good enough for a two-stroke win.

“The major difference in Day 2 was that everybody came together,” Boerschig said. “If one person was down, somebody else picked them up, and nobody was ever out of a hole. When we needed things, we got it done.”

Boerschig noted how difficult the back nine got because of the extreme conditions. His squad trailed Team Walter (-28) by two strokes with five holes to play.

“It was tough,” Boerschig said. “You’re playing in 20- to 25-mph wind gusts. It changes every hole, so your strategy changes every hole. … It was a struggle, but everyone played in it, and we played pretty well.”

The team of Wilcox, Sulley, Sipahi and Schore fell a bit behind pace after entering Sunday at -20 but still managed to finish second at -29.

“We played well considering the course was wet and really windy,” Wilcox said. “We held it together and, obviously, had opportunities to win it. Although that was kind of disappointing, I had a great time with a good group of guys, and we are all proud of ourselves.”

Team Wilcox had a chance to tie or win it on the last hole but ultimately fell a little short after failing to gain any points.

“You really can’t describe the Rollison coming down the back nine,” Wilcox said. “It’s like the back nine of The Masters on Sunday because it’s different. You’re not just out here playing a round with a group of guys. It’s a different pressure and different intensity.”

Finishing in third was the team of Jeff Walter, Tom Scanlon, George Ryan Jr. and Edward Glazar, which galloped up from ninth place at the start of the day. They entered Sunday at -10 but surged forward with a Day 2 score of -18, which helped earn them third place at -28.

In fourth at -25 was Tim Milner, David Tyson, Al Messier and Jeff Chiero. The team entered Sunday in eighth place after a solid start with a Day 1 score of -11 but fell slightly behind Sunday.

Fifth place was occupied by Jerry Kuntz, Bob Grady, Kevin Pinski and Zach Webber. After coming up five strokes short of the Day 1 leaderboard, Team Kuntz took a step back to finish at -24 to round out the Top 5 team finishes.