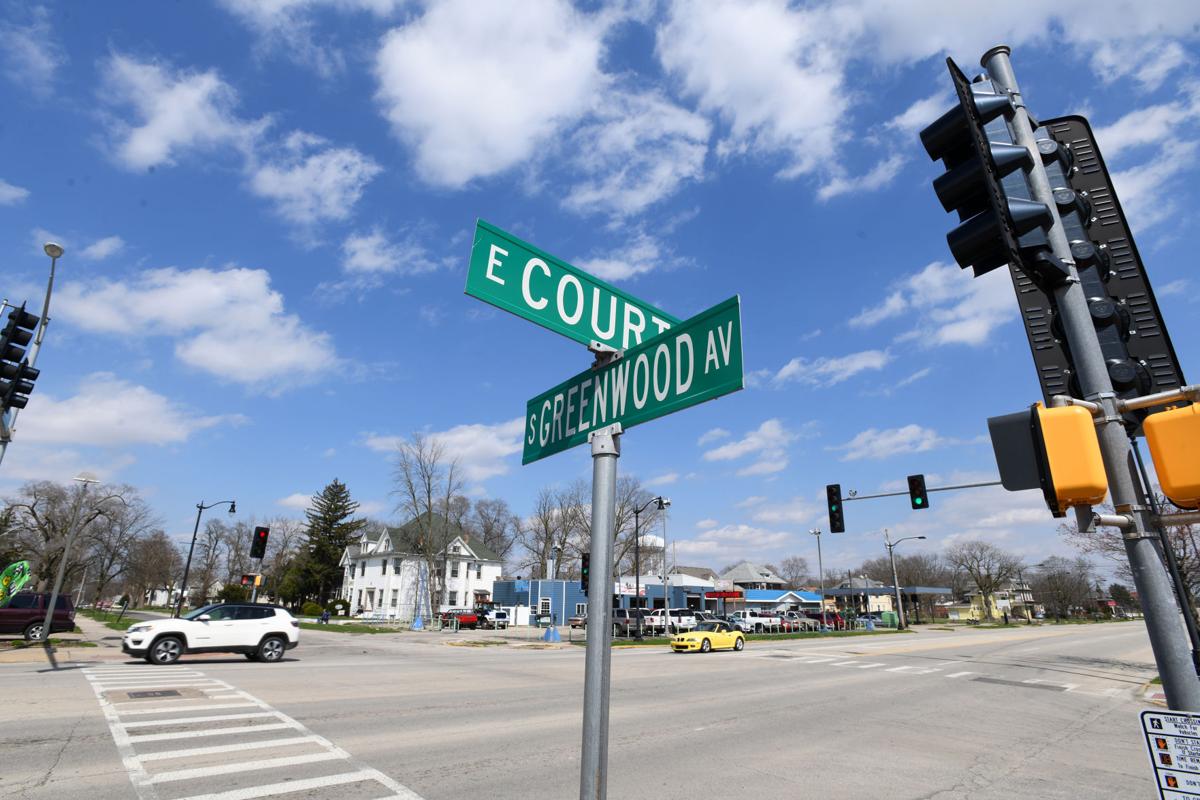 The intersection of Court Street and Greenwood Avenue is the site of one of Key City Community Development Corporation’s eight potential project sites for the proposed GREENWOODav initiative. 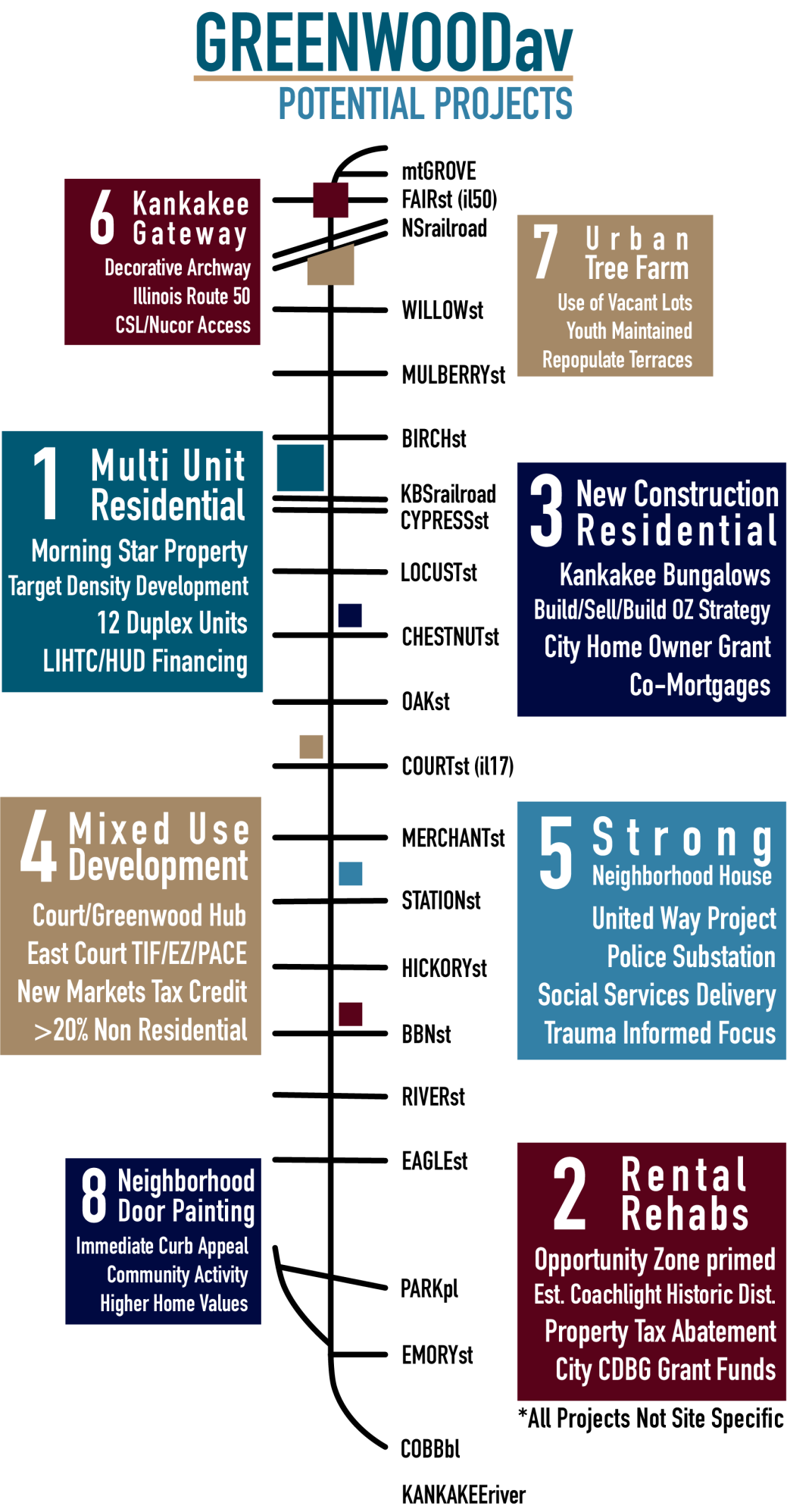 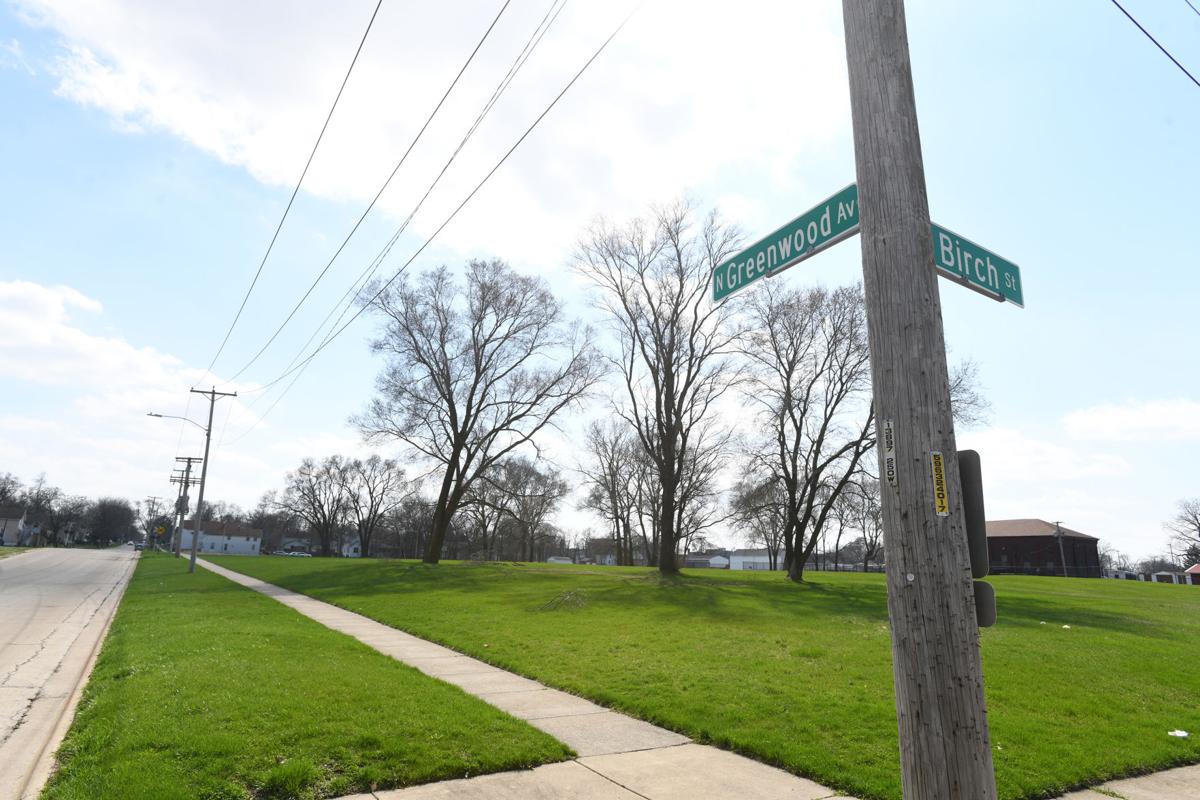 The property at Birch Street and Greenwood Avenue is one of Key City Community Development Corporation’s eight potential project sites for the proposed GREENWOODay Initiative. The not-for-profit group marks the area for a potential multi-use residential development. 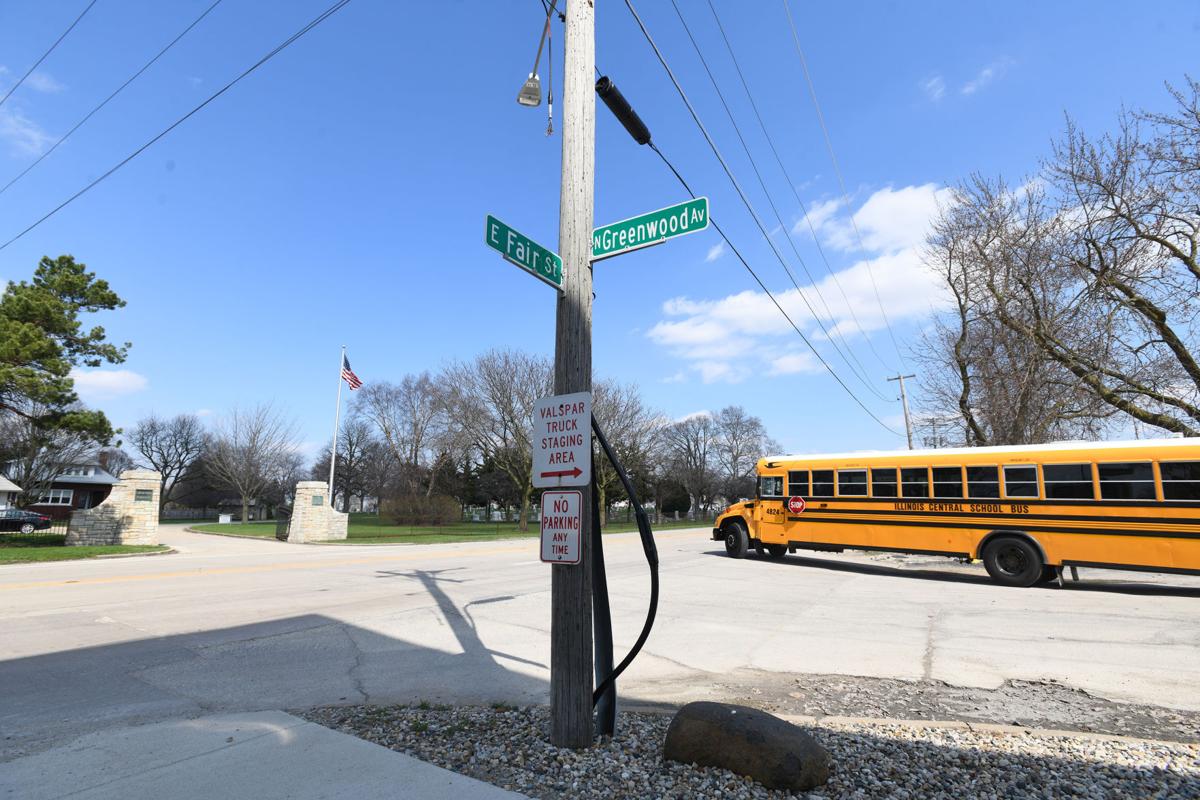 The intersection of Court Street and Greenwood Avenue is the site of one of Key City Community Development Corporation’s eight potential project sites for the proposed GREENWOODav initiative.

The property at Birch Street and Greenwood Avenue is one of Key City Community Development Corporation’s eight potential project sites for the proposed GREENWOODay Initiative. The not-for-profit group marks the area for a potential multi-use residential development.

On either end of Kankakee’s Greenwood Avenue sits two iconic landmarks, Old Fair Park to the north and Cobb Park to the south.

Both are seeped in local history, and their presence on the edges of Greenwood make the 18-block thoroughfare similar in one sense.

But if you navigate the street in either direction, the differences you will find along the way make it clear the distinctions outweigh the similarities.

It’s the type of setting Key City Community Development Corporation finds attractive as it launches the GREENWOODav Initiative. Organized in 2017, Key City is a not-for-profit group with an all-volunteer board. Its stated vision is to “facilitate transformational growth within Kankakee City.’’ Its mission: “To cultivate quality-of-life improvements through long-term, sustainable, economic growth in areas of tourism, entertainment, culture, business development, and home ownership while maintaining the uniqueness of Kankakee.’’

Since forming, Key City is now taking these general concepts in a more specific direction with the emergence of the Greenwood plan. The hope is to channel reinvestment to those 18 blocks and span its economic, racial, land use and historical diversity from one end to the other.

For establishing such an ambitious goal and committing to the type of effort it will take to bring it to fruition, Key City has been named the Innovator in Real Estate as part of the annual Progress Awards bestowed by the Daily Journal.

Indeed, it will take a determined effort to carry the plan out. While Greenwood Avenue has some charming qualities about it, there are also less desirable aspects.

Some of the city’s finest homes, especially on the south end, sit on the street or its direct vicinity. Alas, a handful of unoccupied, boarded-up homes also share a Greenwood address. The sight of century-old homes now divided into multiple residential units by landlords seemingly more concerned with profits than preservation are common.

It will be a challenge to facilitate change, and that’s why Key City leadership views the initiative as a marathon rather than a sprint.

So in figurative terms, the Greenwood Initiative is a mere infant not even old enough to walk. Board member Dave Baron said that’s about to change.

“Now we are looking at taking the preliminary first steps,’’ he said. “Now it goes to building and refining community support.’’

Key City is trying to identify an executive director who can work in at least a part-time role to help drum up that support, but it is not waiting for that person to start the job. A meeting among key stakeholders and potential private investors was held last year to share information on the advantages of creating an Opportunity Zone meant to provide tax advantages to economically distressed communities.

Key City officials have also met with other leaders who have a vested interest in the area. In one meeting, Baron said a Kankakee city alderman asked: “What can be done to help the existing residents who are pillars of our community?”

It’s a valid inquiry, and Baron said these residents concerns must be heard and addressed. Lee is in agreement.

“We’re asking stakeholders for their vision of what the street can be,’’ he said.

One way to address these concerns is to show consistent improvement over time. Baron admits “our timeline must be a loose timeline,’’ the hope is to see a tangible example of positive change on each of the 18 blocks in the next decade.

Of course, change brings about something different, and the plan here would bring about a change in the housing market as multi-unit dwellings would become more plentiful as part of the initiative. Baron said an influx of “dense, urban housing’’ would be in many cases more affordable and thus more attractive for a potential buyer. These types of dwellings could be more common in the downtown area where Greenwood Avenue crosses Court Street.

But the initiative hardly has improved residential environment as its only aim. The future of commercial and retail development is part of the plan, as is the possibility of establishing a United Way “Strong Neighborhood House’’ in the area to provide a variety of youth and social services. Even cultural improvements such as an urban tree farm to be cared for by youths is on the drawing board.

“I hope as people learn about the Greenwood initiative they get excited and think about ways to improve the street,’’ Lee said. “Kankakee can be a destination place to live, work and play. The sky is really the limit.’’

Meet the Key City board of directors

The Key City Community Development Corporation Board is a seven-member, all-volunteer body which reflects the diversity the group is embracing through its GREENWOODav initiative. Members include:

Jake Lee, president: Lee is the current Kankakee County auditor. He has held the elected position since 2016. He is also a U.S. Navy veteran and active with local veterans organizations.

Pastor Montele Crawford, secretary: Crawford has led Morning Star Baptist Church, one of the largest and most historic African American churches in the city of Kankakee, since 2016. Its ministries include particular attention on the previously incarcerated, youth, and low-income households.

Monica Pizano, treasurer: Pizano, one of the few Spanish-speaking realtors in the area, has helped hundreds of individuals and families to purchase and sell a home, particularly those who have difficulty with the communication skills needed to complete such transactions.

Don St. Germaine: St. Germaine is a longtime board member of Kankakee County Community Services, Inc., which is a large non-profit provider of services to persons in poverty. He also serves as a realtor to many individuals seeking to make the leap to home ownership.

Barb Wells: Wells is the current president of the Kankakee School District Board, on which she has served for many years.

Chip Rorem: Rorem is an architect living in the neighborhood where he grew up. He presently sits on the City of Kankakee Planning Board and Kankakee County Habitat for Humanity’s board of directors. His recent focus has been on affordable housing, building deconstruction, and neighborhood stabilization projects.

Dave Baron: Baron is a Kankakee attorney with a general civil practice and particular focus on opportunity zone investments and other economic development incentives. He serves on the board of directors of the Kankakee Development Corporation, Kankakee Riverfront Society, Inc., and Kankakee County Convention & Visitors Bureau.