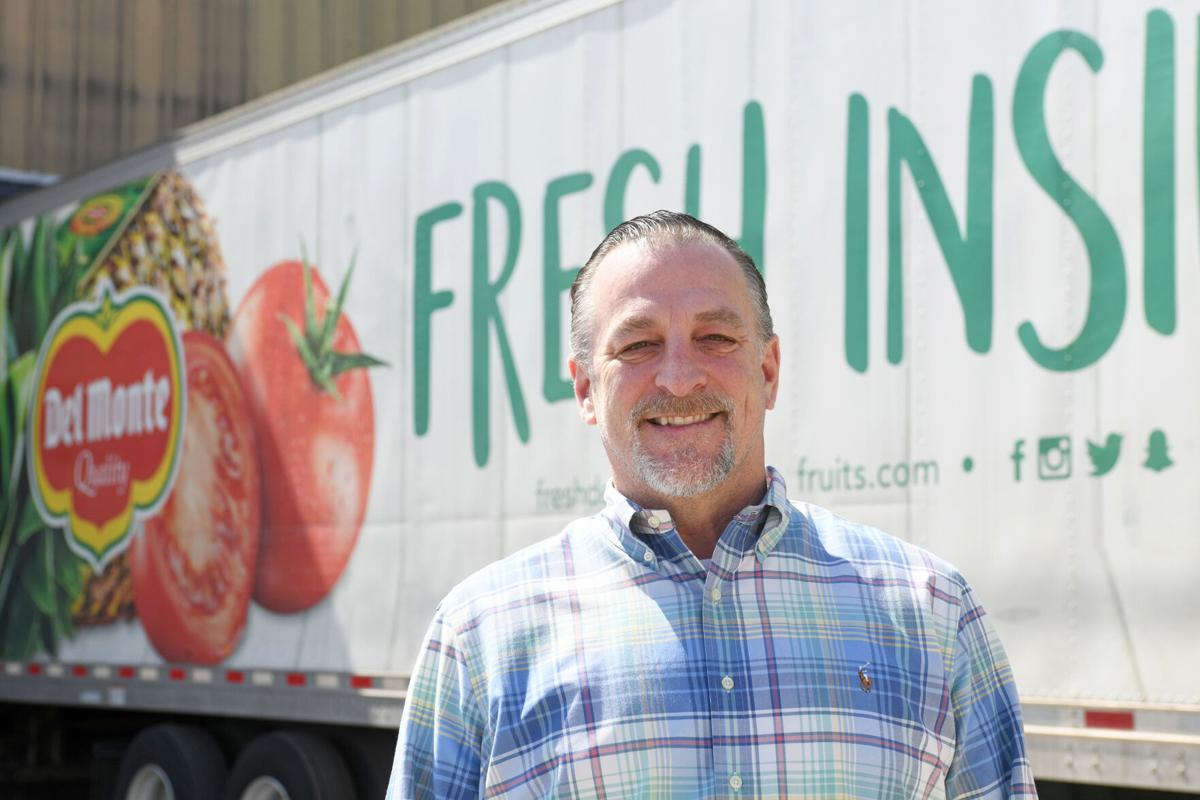 Del Monte Fresh Produce general manager Morgan Tracy stands outside the Kankakee production plant, which has been recognized as the Innovator in Manufacturing as part of the Daily Journal’s 2021 Progress Awards. READ MORE. 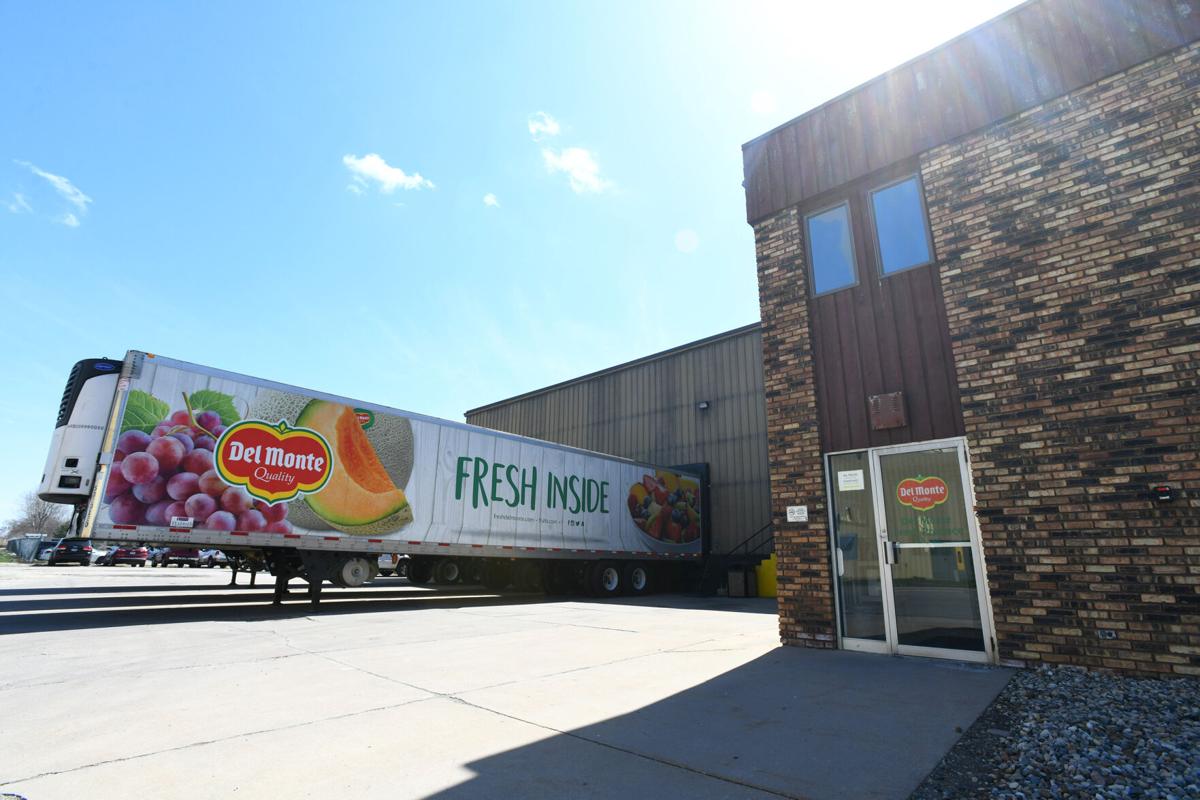 The Del Monte Fresh Produce production plant at 14 Stuart Drive in Kankakee has been recognized as the Innovator in Manufacturing as part of the Daily Journal’s 2021 Progress Awards.

Del Monte Fresh Produce general manager Morgan Tracy stands outside the Kankakee production plant, which has been recognized as the Innovator in Manufacturing as part of the Daily Journal’s 2021 Progress Awards. READ MORE.

The Del Monte Fresh Produce production plant at 14 Stuart Drive in Kankakee has been recognized as the Innovator in Manufacturing as part of the Daily Journal’s 2021 Progress Awards.

A couple of years ago, Del Monte Fresh Produce might not have made any “Best Places to Work” lists.

The food production plant at 14 Stuart Drive in Kankakee’s South Tec industrial park has transformed itself in the past 18 months to become a model site for Del Monte Fresh Produce.

“The facility had been rundown a little bit, and it needed some attention,” said Morgan Tracy, general manager of the plant. “We did some remodeling of some rooms. Brought in some things for the employees. Made sure that they had some vending machines. But the big thing that happened is we changed the culture in the facility.”

Because of the strides it has made, Del Monte Fresh Produce has been selected as the Innovator in Manufacturing as part of the Daily Journal’s 2021 Progress Awards.

Tracy, a Southern California native, took over as general manager in November 2019 after working the previous two years at Urban Farmer in Manteno. Tracy said Del Monte had to make changes.

“There was absolutely a negative image, and that’s why I’m in this chair as opposed to the guy that used to be here,” he said.

Tracy said the plant had to focus on the people and what they could to do to make it a successful operation.

“And as long as they’re here to do the good things that we’re doing, which is there’s three things that I ask my employees to do: One is show up on time, give me an honest fair day’s work and be nice to each other. That’s the culture that we have.”

“We support those here,” Tracy said. “We’re not going to settle for people doing things that are not making this place a safe, wonderful place to work.”

With any change of culture, there was some turnover of employees. The Kankakee plant also consolidated two shifts into one.

“We just didn’t have the right people doing the right things,” Tracy said. “… The core group of people I have, every employee that I have in this building are 100 percent on board. We’ve got a very much of a team effort. We’re focused on food quality and food safety first, employee safety second and then the business third. ... We made this a lean and efficient production facility.”

The formula has worked, and it helped the Kankakee plant navigate through the pandemic and aggressively deal with some positive COVID tests by employees.

“We had the County Board of Health in here, and we worked really closely with them,” Tracy said. “They actually helped us design our protocol for COVID.”

Now, anyone who visits the plant has to complete a safety questionnaire and has his or her temperature taken.

“We do [temperature checks] with all of our employees every day,” Tracy said. “… [Health officials] told us that we were a model for a food plant with what we were doing right. A lot of the things we were already doing because we’re a fresh-cut produce, we’re a ready-to-eat product.

“… What was cool about this at the Kankakee facility, what we did here, populated out to all of our facilities in North America. We were setting the trend I guess.”

The Kankakee facility never closed during the pandemic, being deemed an essential business.

“We had meetings. We were very transparent,” Tracy said. “We spoke to our employees and guided them through what I would call a very dark time. What was good about that was it made us come closer as a group, and so that family kind of atmosphere started to be more intense.”

Approximately 50 percent of the workforce has been fully vaccinated

“Coming to the flip side of that is getting vaccinated was a great thing,” Tracy said. “We did reorganize our floor for better production flow, which allowed people to have more social distancing and things like that.”

Another component Tracy instituted upon becoming general manager was to personally meet every new employee during orientation.

“I share a personal story with them,” he said. “I share my background — my family with my wife and two daughters. We talk about things like equality. We’ve got different ethnicities in this building, and we all have to get along. With the world being somewhat of a crazy place out there, we wanted to make sure everybody, whether they’re religious, sexual or racial — it’s a fair playing field. Those things don’t matter to us in a negative way.”

• THE PROCESS:General Manager Morgan Tracy said, "We take big pieces of fruit and make little pieces of fruit, basically. It’s all fresh-cut product. We’ll take a raw good like a pineapple or watermelon; we’ll peel it; we’ll cut it into chunks or pieces; we’ll put it into a package; we’ll weigh it … we box it up, palletize it, ship it out."

• DISTRIBUTION: Del Monte products — some of it is private label and some of it is Del Monte labeled — is shipped from the Kankakee plan to Walmart, Sam’s Club, Trader Joes and Aldi.

" ... the big thing that happened is we changed the culture in the facility."