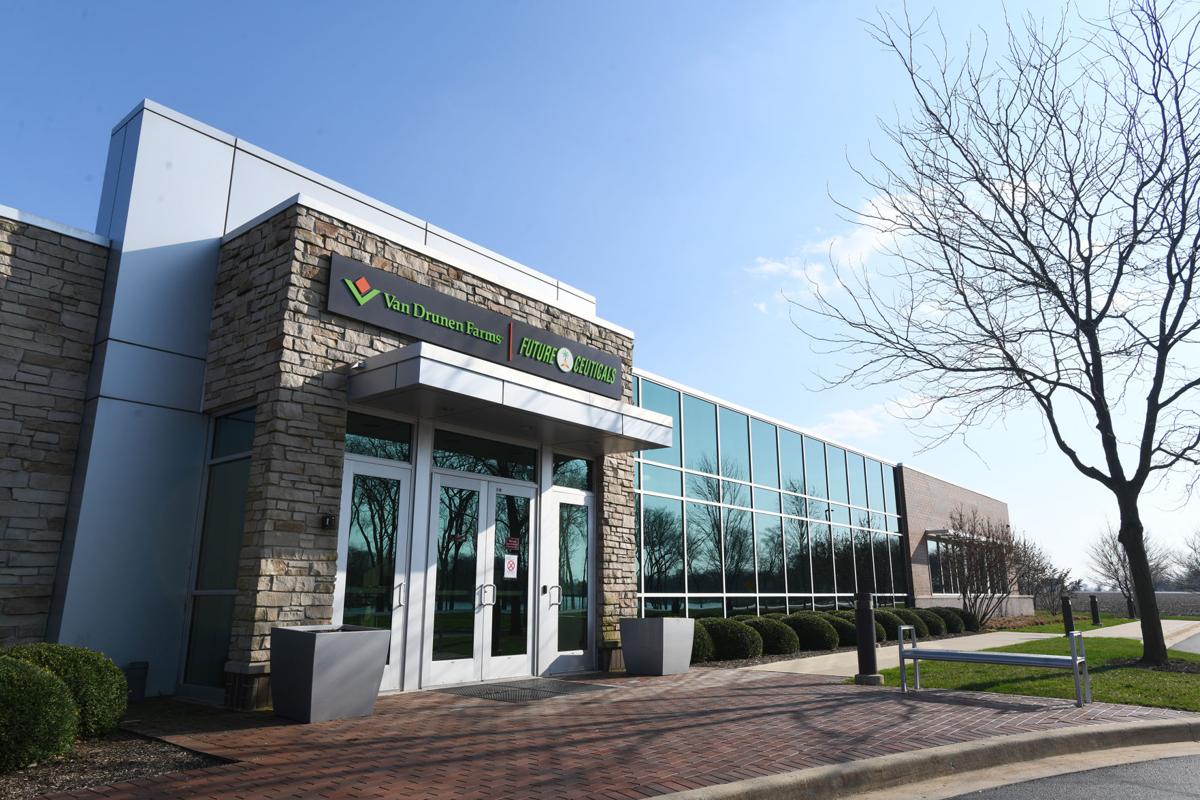 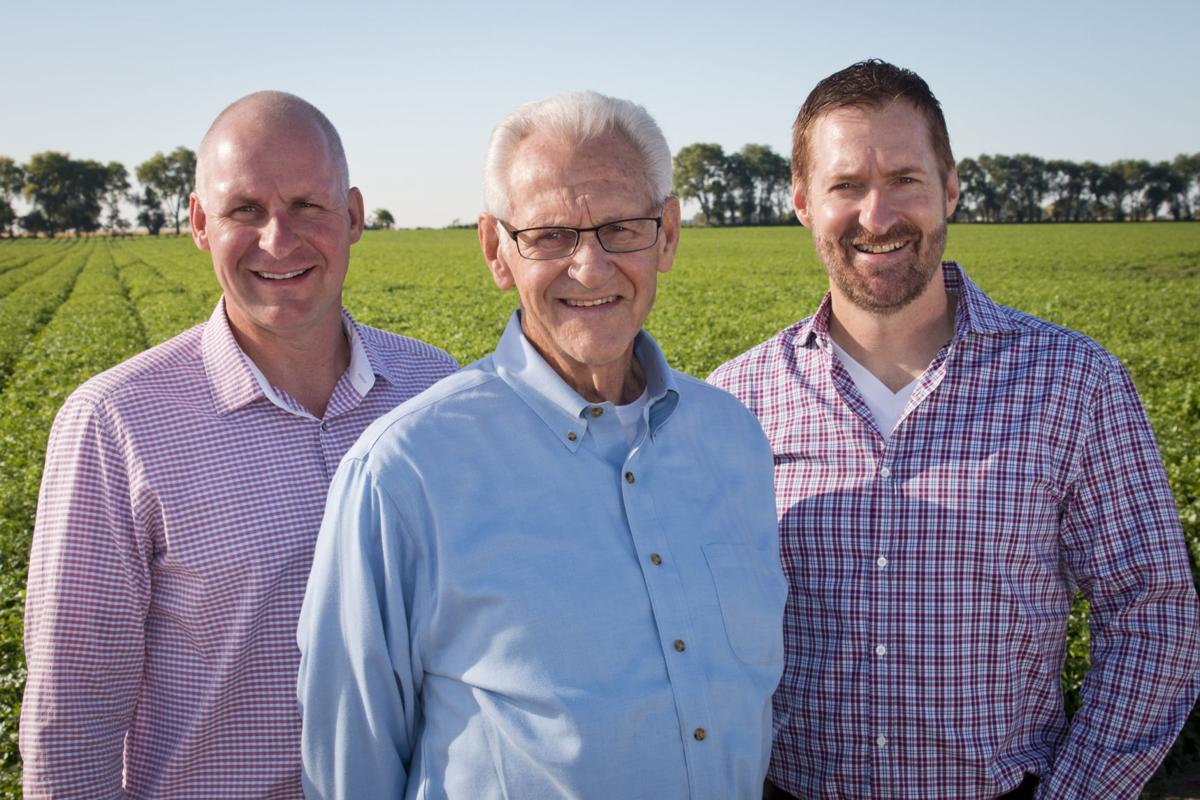 From left, Jeff, Ed and Kevin Van Drunen stand together near one of their fields in 2017. The family’s Momence business, Van Drunen Farms, has grown impressively during the years. 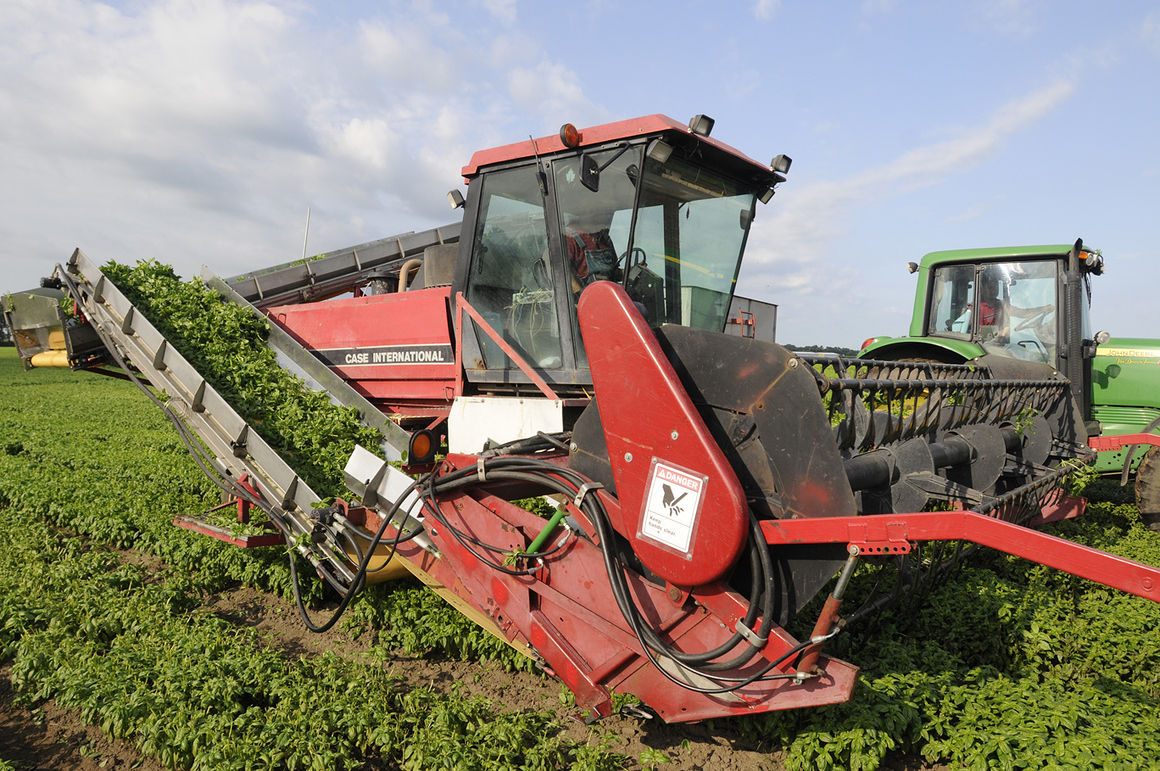 Workers at Van Drunen Farms in Momence harvest basil in 2016.

From left, Jeff, Ed and Kevin Van Drunen stand together near one of their fields in 2017. The family’s Momence business, Van Drunen Farms, has grown impressively during the years.

Workers at Van Drunen Farms in Momence harvest basil in 2016.

Long ago, Van Drunen Farms and sister company FutureCeuticals assumed a place on the cutting edge of the global food industry.

It’s a formidable position the Momence-based firms stand to maintain long into the future through its new partnership with Folium Biosciences.

When the collaboration was announced several weeks ago, it caused quite a stir in the business world. So just how big a deal is it? Andrew Wheeler, vice president of marketing for Van Drunen Farms and FutureCeuticals, puts it this way:

It’s also a deal that affixes an eye squarely on the future.

“Currently, CBD is being sold in the supplement and pet markets, and all indications are that the U.S. will follow suit of others like Canada and Great Britain by approving CBD for use in food products in the near future,’’ Wheeler said.

For its continued innovation, foresight and commitment to the future, Van Drunen Farms/Futureceuticals has been named Innovator in Agriculture as part of the annual Progress Awards bestowed by the Daily Journal.

CBD is the non-psychoactive ingredient found in cannabis, and not THC, the ingredient which gets marijuana users “high.’’ CBD has been found to have numerous qualities and is being marketed widely in a variety of ways.

Among the most common places it is found is gas stations and video stores, where auspicious signs announce its availability to passers-by. But just as gas station sushi differs from sushi served at quality restaurants, so does the CBD offered by these places compared to what will soon be offered through the business partnership. Folium will produce the hemp which is converted to CBD and Van Drunen/FutureCeuticals will serve as the exclusive sales and marketing arm of the finished product.

“Basically, this isn’t the cheap CBD you see in video stores and gas stations,’’ Wheeler said. “This is a 0.0 percent THC CBD that is broad spectrum, meaning it is not an isolate or distillate. Folium CBD is the ‘Whole Foods’ version of CBD without THC.’’

Since the nation’s food sector still does not allow CBD into its supply, Wheeler said it’s hard to predict how it will impact the company’s revenue stream. But he is confident the high-end quality of the product will pay dividends in the long run.

“That is a major difference and one key value proposition that will resonate now and into the future,’’ he said. “I see it as a major addition to the market, and our piece of the market, for years to come.’’

The current coronavirus pandemic has played a role in the roll out of the partnership. Further details were set to be unveiled at the vastly popular Expo West Show in Anaheim, Calif., but it was canceled because of the crisis. Nonethless, Wheeler said the relationship is still moving forward well under the circumstances.

“Since the food and supplement industries are deemed ‘essential,’ coupled with the fact that there has been a dramatic increase in food and supplement purchasing associated with this unfortunate situation we find ourselves in, there are a lot of new CBD-infused products in development with our partners,’’ he said. “So under the circumstances, I would call it a successful launch.”

The Van Drunen Family of Companies is a global presence in the food, functional food, and nutraceutical industries. Van Drunen Farms, founded in 1856, is a global leader in the growing of culinary herbs, as well as the dehydration of fruit, vegetable, grain and herbal food ingredients.

VDF Europe operates an expanding freeze-drying facility in Serbia serving the EU, the near East, and Asia. Golden State Herbs is an agricultural and air-drying operation located in Thermal, California.