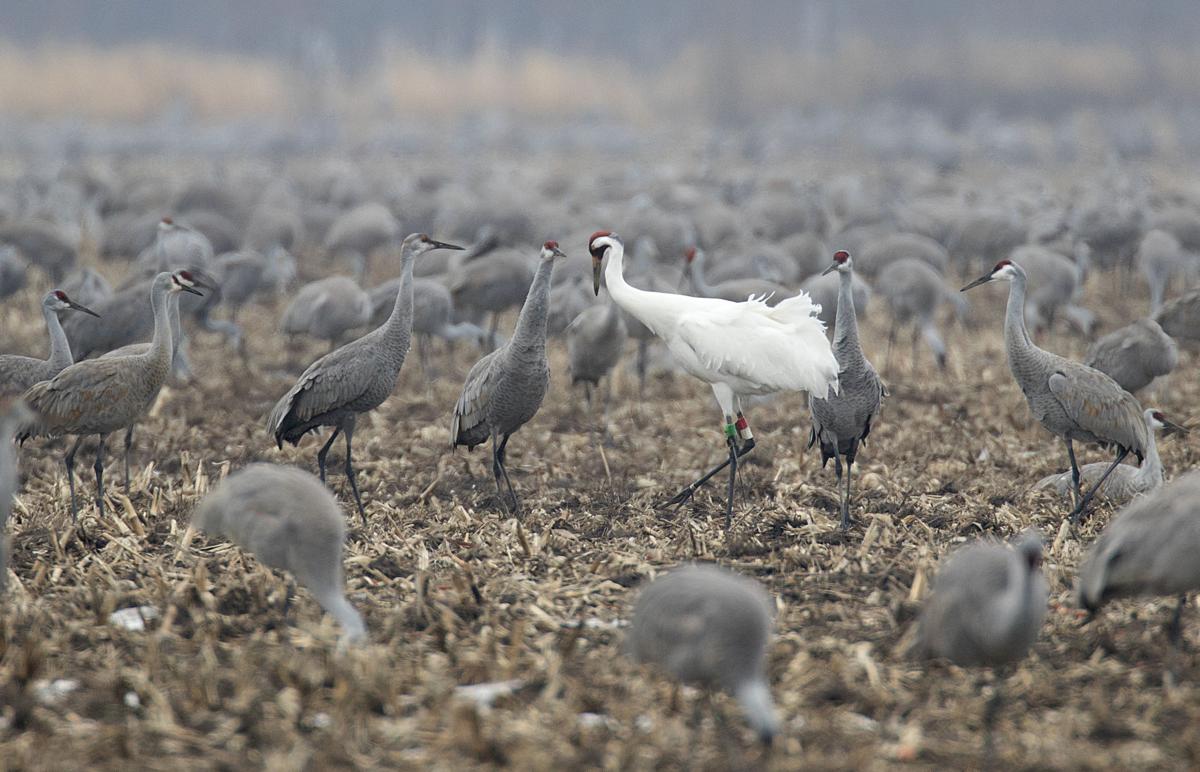 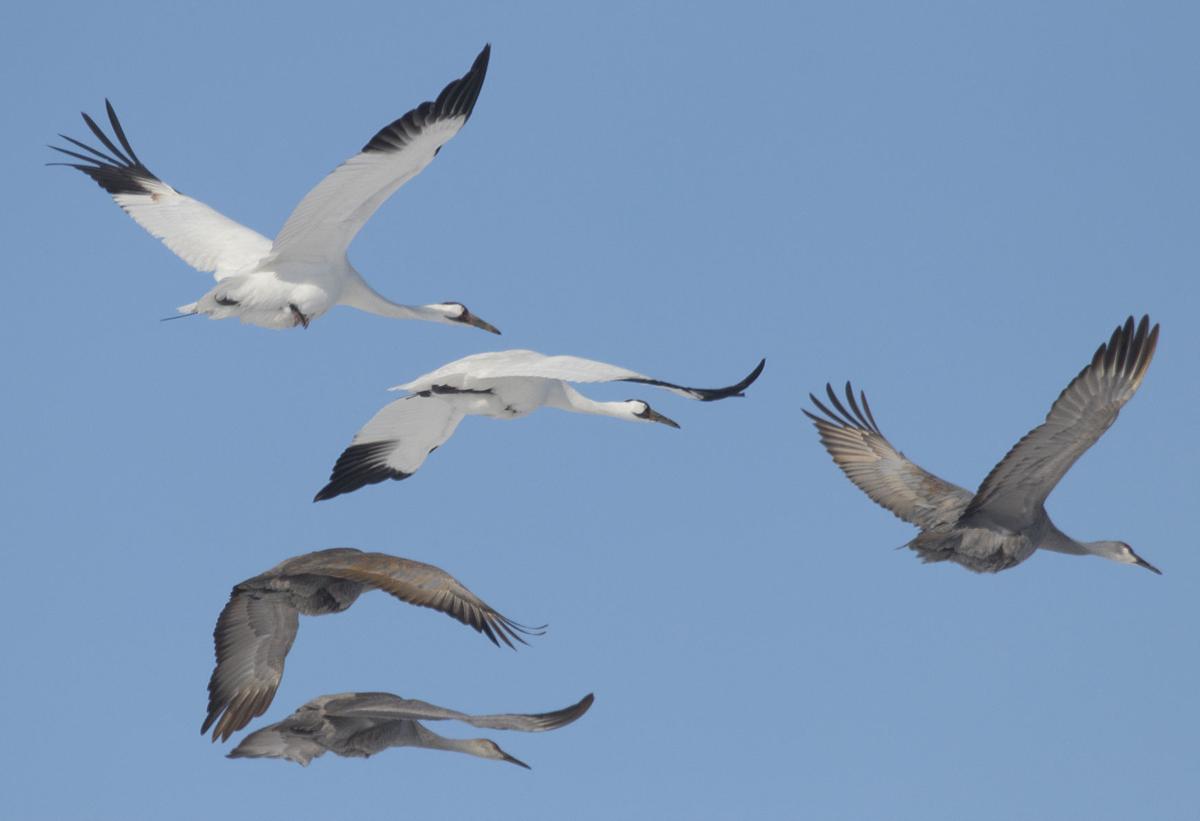 It is late January, and temperatures have dipped into the single digits with windchills sinking into the negative double digits, so why are there so many sandhill cranes along with a small number of whooping cranes still in northwestern Indiana?

Hundreds of sandhill cranes are using an area a few miles northwest of Jasper-Pulaski Fish & Wildlife Area, just south of the Kankakee River, in the vicinity of a large power generating plant. Elisabeth Condon, who is the whooping crane outreach coordinator for the International Crane Foundation in Baraboo Wis., said if the conditions are right for the cranes, both the whooping cranes and sandhill cranes might stay in a place like northwestern Indiana, where they can roost at night near the power station and feed in the cornfields and wet areas during the day.

Condon also said there was a whooping crane that wintered in Horican, Wis., last year and survived the subzero temperatures.

A few miles southwest of the cranes’ roosting area, I photographed two whooping cranes flying with a small number of sandhill cranes. All of those birds had their legs folded up under their bodies looking more like geese.

This was an unusual sight for me. I only have observed the sandhill cranes in less extreme winter conditions, where they always have their legs fully extended trailing behind. When questioned about the cranes pulling their legs and feet up under their bodies while flying, Condon explained this has been observed under the extremely cold conditions of winter. The cranes are just trying to keep their feet and legs warm, but also noted their legs extended in flight, are used for control and balance.

A scientific paper published in 2015, “Changes in the number and distribution of Greater Sandhill Cranes in the Eastern Population,” used data from the Christmas Bird Counts and Breeding Bird Surveys from 1966–2013. The paper explains not only the increase in the number of the eastern population of sandhill cranes but also changes in cranes’ nesting, migration and wintering patterns.

It seems historic southbound migration staging areas for the cranes have become — when conditions are right — wintering grounds. The authors claim, “Factors such as annual weather, long-term climate change and changes in land use may influence future population trends and changes in both breeding and wintering ranges and are not mutually exclusive factors.” (Lacy et al. 324).