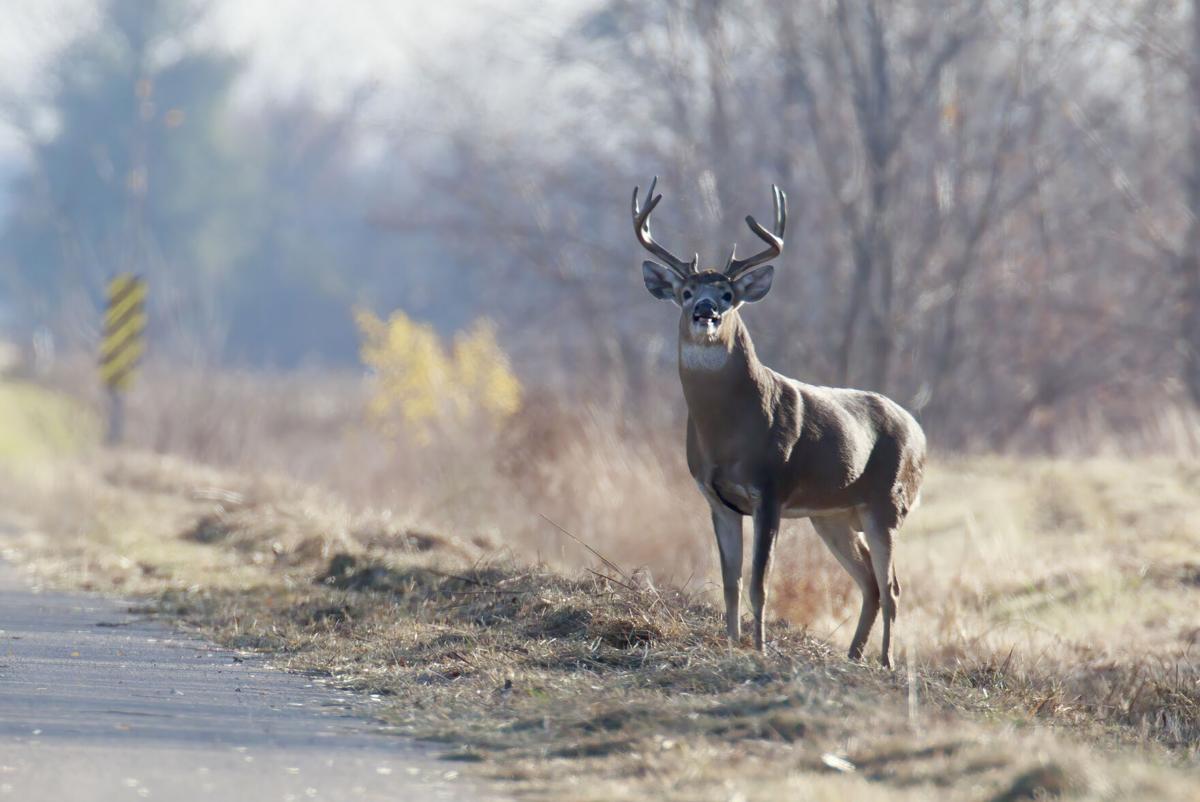 A big White-tailed buck stands at the edge of a road in Iroquois County in pursuit of a doe. 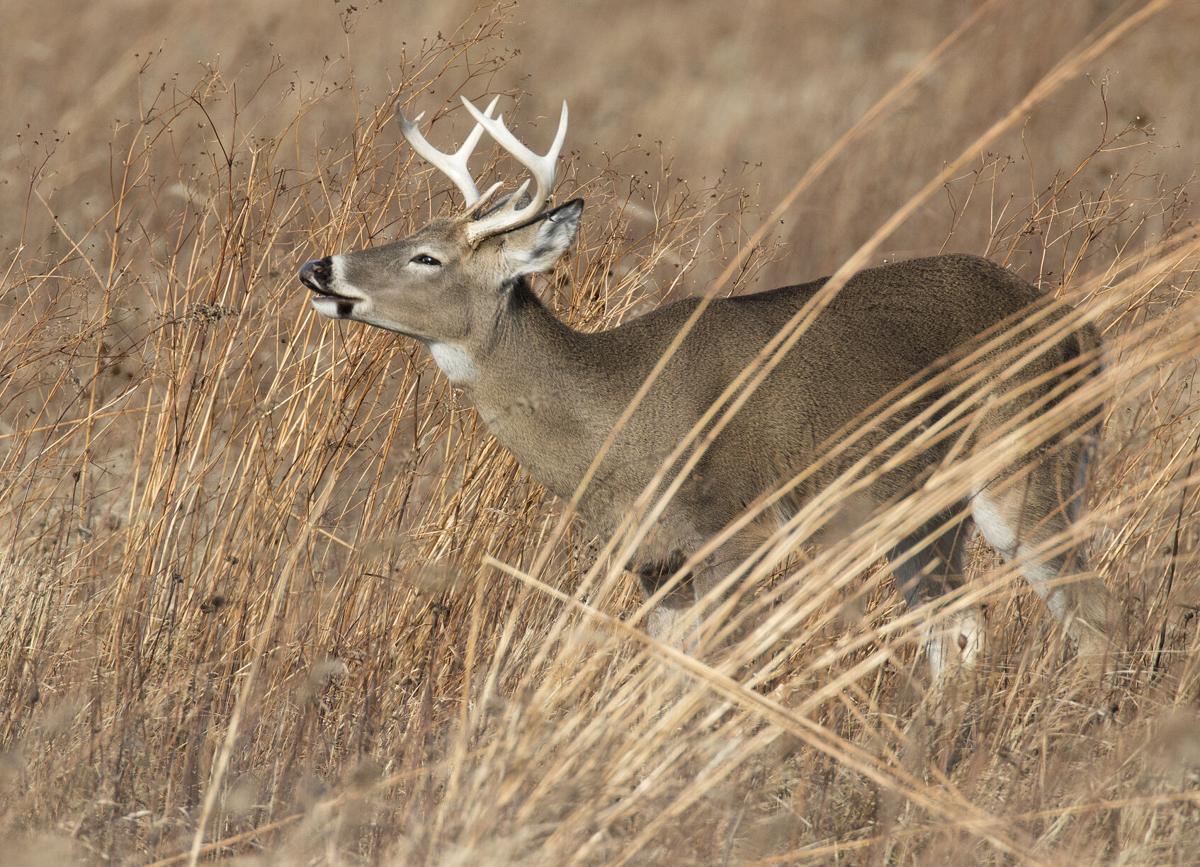 With lip curled up and mouth open a small buck chases a doe through the prairie grasses.

A big White-tailed buck stands at the edge of a road in Iroquois County in pursuit of a doe.

With lip curled up and mouth open a small buck chases a doe through the prairie grasses.

The new growth of antlers that began in the spring has hardened and reached its maximum growth for the year.

The bachelor groups of spring and summer have disbanded, and the males are now on their own.

Standing and showing little concern while in plain sight at the edge of a woods, or in the corn stubble of a harvested field, with his mouth open and head tilted up into the wind, the buck is clearly focused on something else.

White-tailed deer have very keen senses and, along with the buck’s very sensitive nose, he also has a special sensory organ in the roof of his mouth that can detect females that are approaching estrous.

The strong desire to breed is why, at this time of the year, we see those seemingly out of place whitetail bucks that are in pursuit of a mate.

Standing with their nose in the air and with their mouth open and lip curled up blocking their nostrils, they are tasting the air for that special signal, and, during this time, that buck has only one thing on his mind.

The male deer can actually locate a doe nearing estrus by tasting the airborne chemical signals from quite a distance.

Seeing the normally shy, overly cautious and sometimes totally nocturnal whitetail buck out during the middle of the day can mean only one thing, it is the breeding season, also known as the rut. The breeding season for white-tailed deer is where caution is truly thrown to the wind and love is literally in the air.

The peak of rut takes place from late October through November, but breeding will continue through January, as the rut heats and cools and finally ends for another mating season for the whitetails of Illinois.