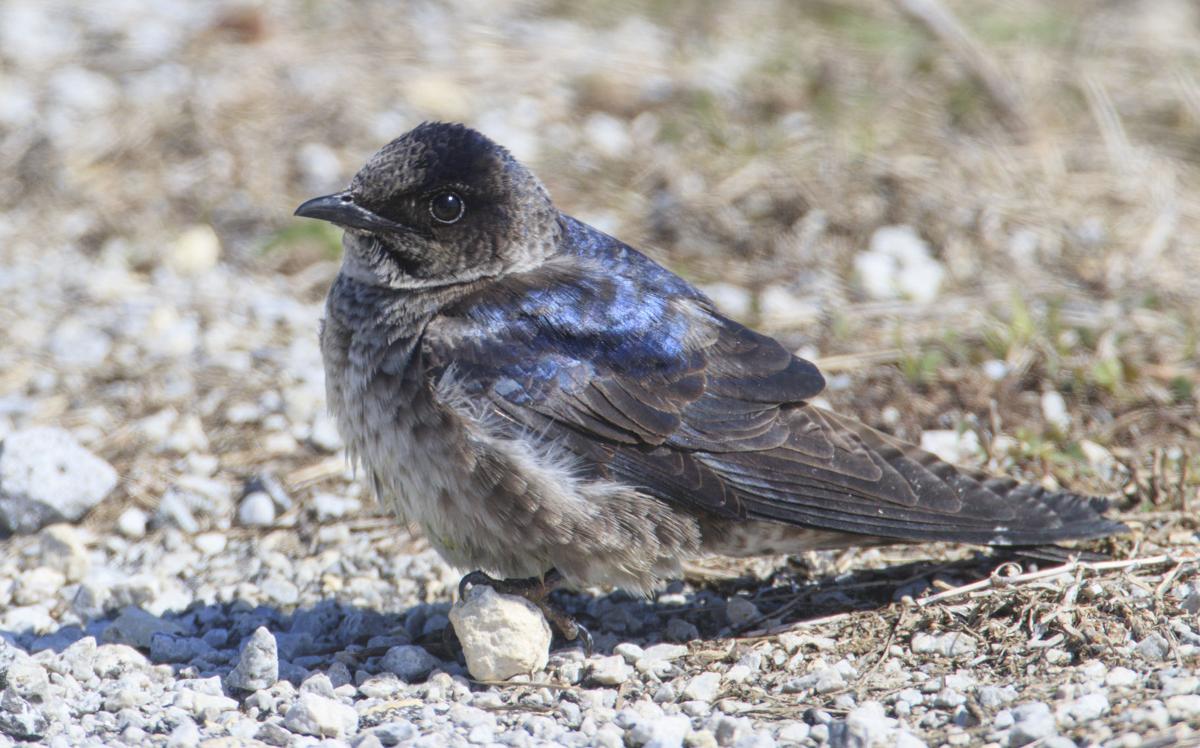 A female purple martin perches on a small stone resting and warming in the morning sun. 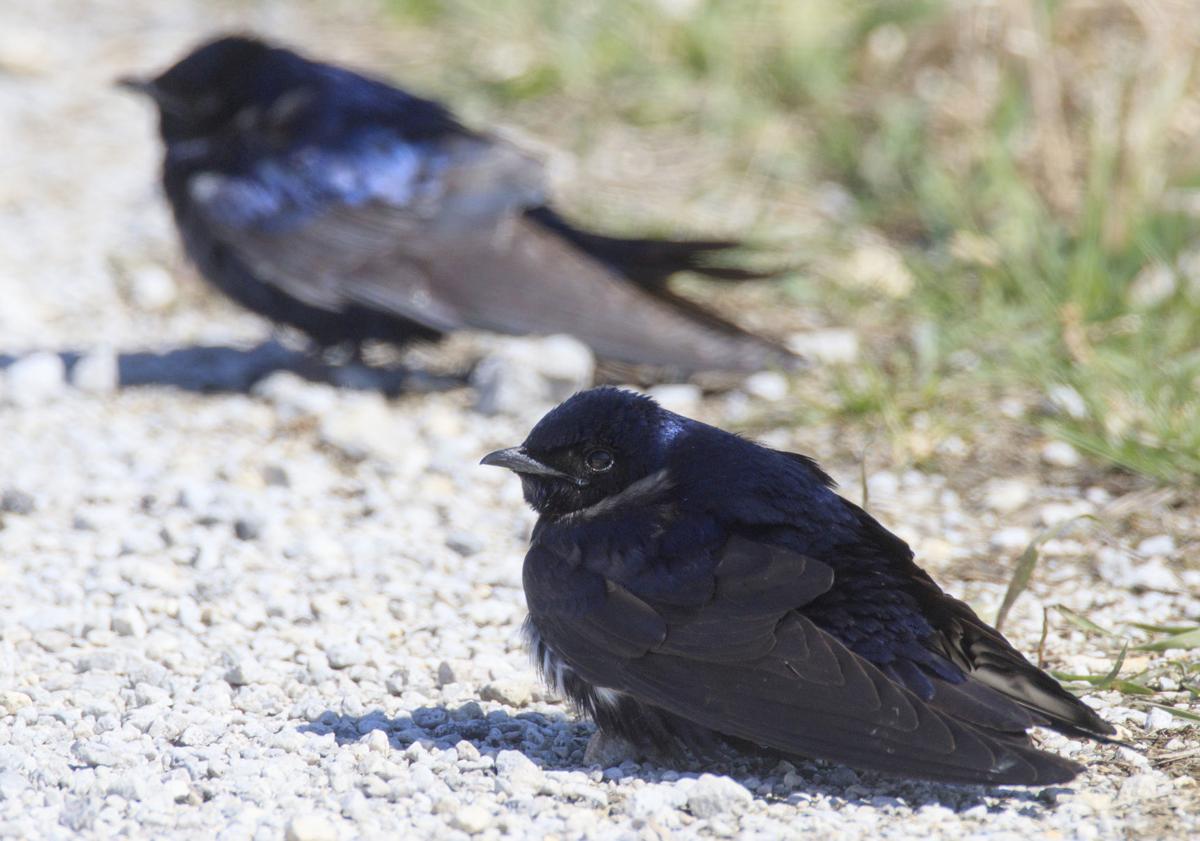 A pair of purple martin males warm up on a gravel road in the morning sun after a cold spring night near the Kankakee River.

A female purple martin perches on a small stone resting and warming in the morning sun.

A pair of purple martin males warm up on a gravel road in the morning sun after a cold spring night near the Kankakee River.

The purple martin is a long-distance migrant that winters in South America and migrates 5,000 miles north over a two- or three-week period, eventually arriving in the United States each spring for the breeding season.

The purple martin is the largest and probably the most well known of the swallow species in North America.

These dark, purple colored, elegant fliers that seem to be in constant song, show up in our area of Northern Illinois for the nesting season by April of each year.

Their nesting colonies are now mostly in the familiar manmade martin houses.

Those large white bird houses that are called “condos” and look like apartment complexes on tall poles placed around lakes and ponds, near open wetlands, in parks, along the rivers and in many rural backyards across eastern North America are key to the survival of purple martins.

The nesting houses are kept clean and protected from predators and other birds trying to use them for nesting by the landlords, the dedicated human hosts that erect and care for the nesting houses.

There are organizations and clubs across the country, like The Purple Martin Conservation Association, purplemartin.org, which is a great resource for supplies and learning how to create houses, maintain them and share important data that is used in the interest of purple martin conservation.

Habitat loss, climate change and competition for nesting holes from invasive species like European starlings and English house sparrows have made it very difficult for the purple martins.

Records show populations have been decreasing by large percentages in many areas over the years and more landlords are needed to provide and maintain nesting houses.