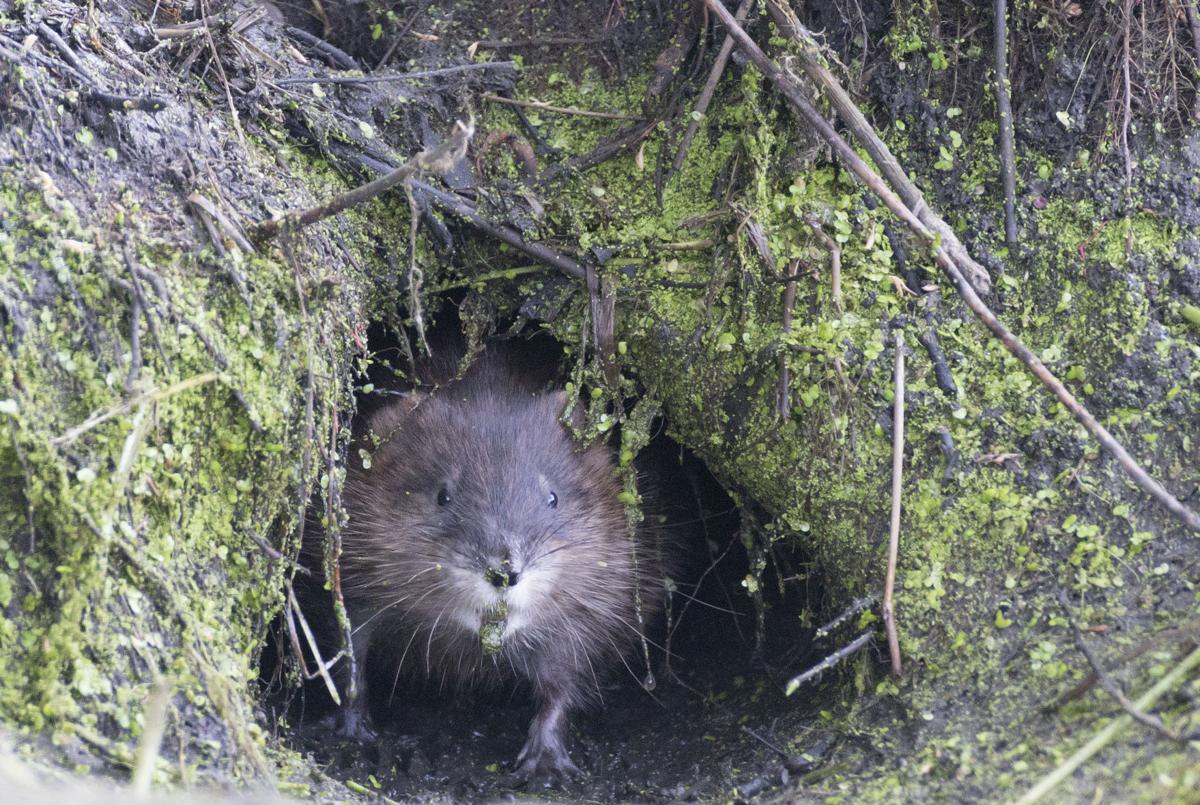 An adult muskrat cautiously looks out from the entrance of its bank lodge before leaving. 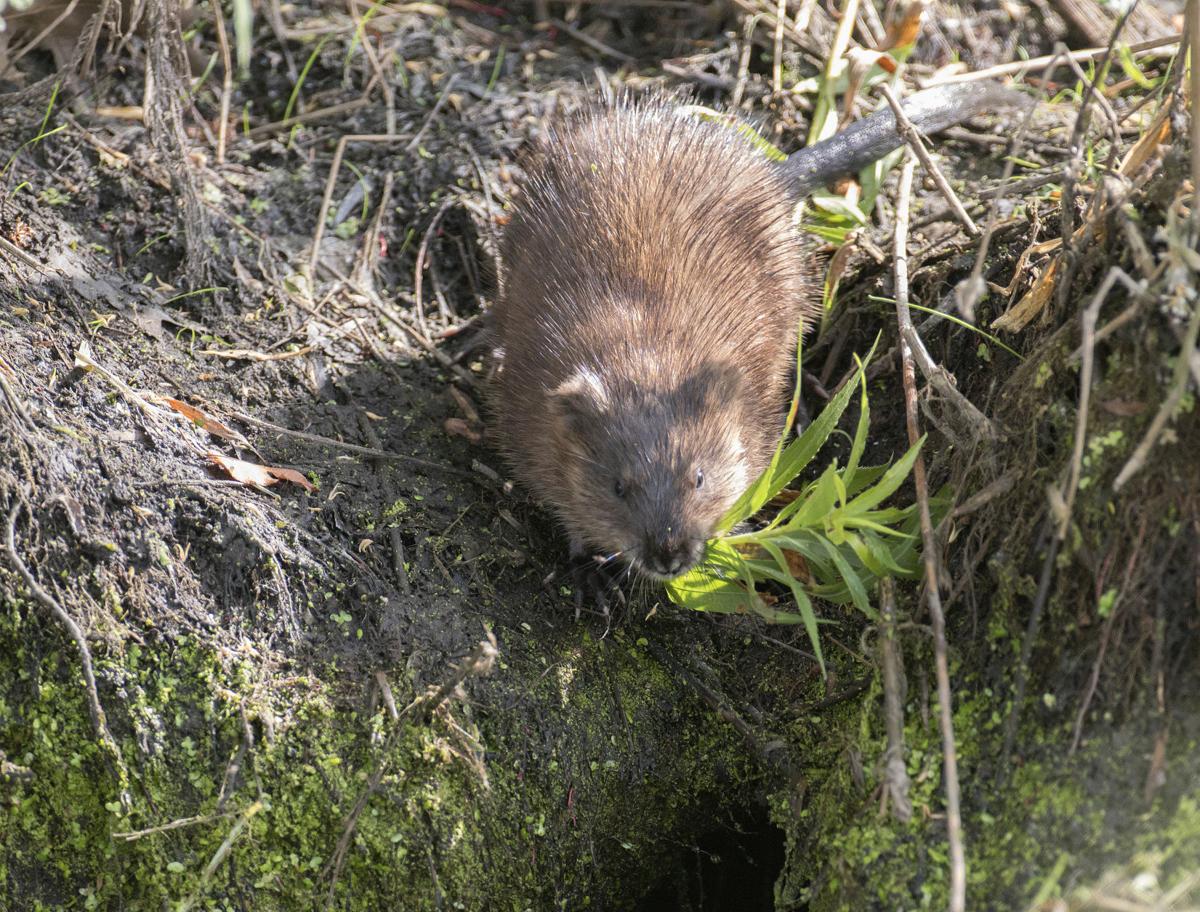 Bringing food home for the young, an adult muskrat carries some freshly cut green vegetation in its mouth for the kits deep in the burrow.

An adult muskrat cautiously looks out from the entrance of its bank lodge before leaving.

Bringing food home for the young, an adult muskrat carries some freshly cut green vegetation in its mouth for the kits deep in the burrow.

Low water reveals the damp, muddy entrance to the den of a family of muskrats east of Kankakee recently.

The homes of these small aquatic mammals are called lodges and are similar to a beaver lodge.

The beaver is the much larger relative of the muskrat, and both animals use several similar options for their lodges.

One of the options is a structure that is built and looks very much like that celebrated, iconic style made by the North American beaver, that most would envision on a small lake in the North Woods, but the muskrat’s lodge is much smaller and the construction is not as durable as the beaver’s.

The muskrat house is conical in shape, like the beaver lodge, and is surrounded by water.

It is heaped up in a pile of mud, cattails and sedges, along with other handy plant materials found in the shallow wetlands here in the Midwest. The muskrat is relatively safe and protected from cold winter conditions in their homes, and like the beaver lodge, the muskrat lodge has an underwater entrance.

The muskrat doesn’t store food for the winter like the beaver, so it must find food every day — harsh winters can be a challenge.

Another type of den that is more common to our area — because of the loss of wetland habitat — is the bank lodge.

The muskrat burrows into the banks along ditches, creeks, ponds and rivers to create their earthen lodge. The muskrat may burrow as far as 15 feet into the bank raising up above the waterline and ending in a dry chamber where they can huddle in numbers during the cold winters. The chamber is used as a nursery for their young during the warm months.

Although muskrats are more active at night and are considered nocturnal, they can be seen at all times of the day, busily feeding on an aquatic plant or bringing some fresh greens home to the den for their young.