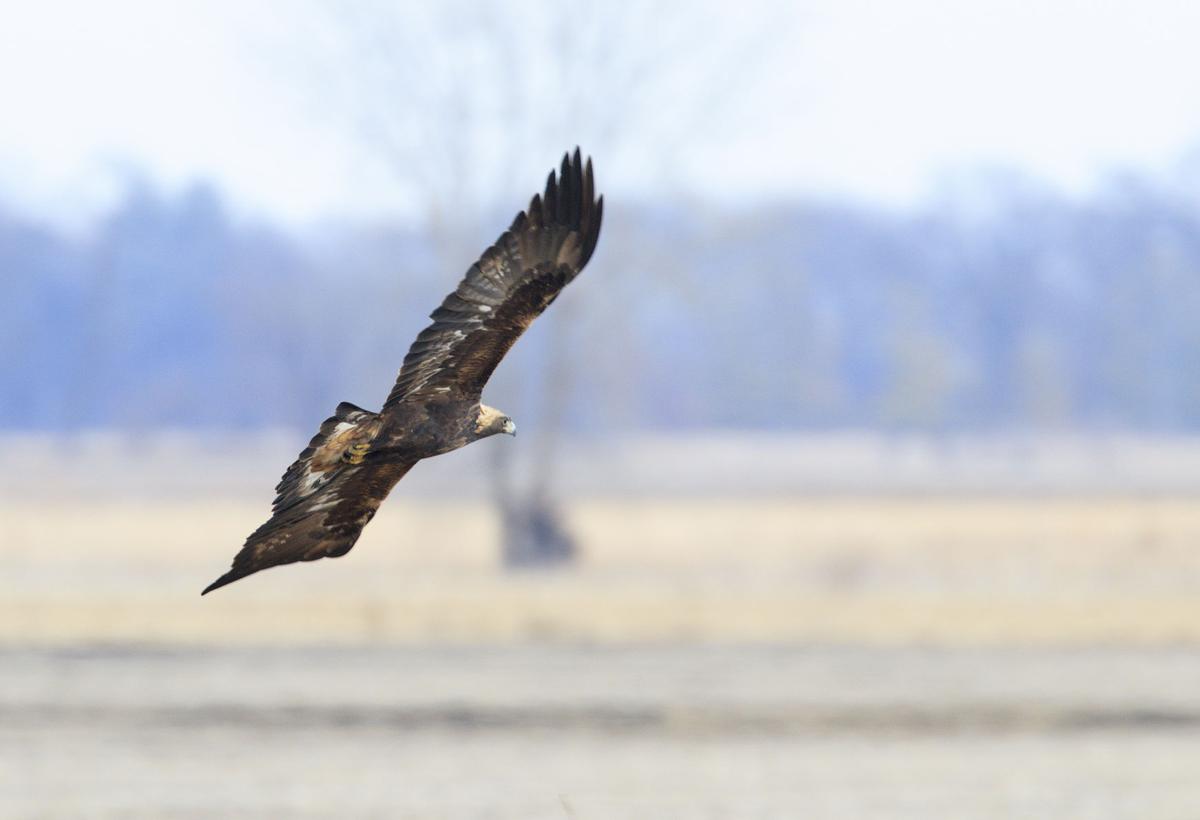 A fourth-year sub-adult golden eagle soars south of the Kankakee River this past week. The bird’s golden-feathered head is clearly visible, as it flies out from a perch and glides over the winter landscape. 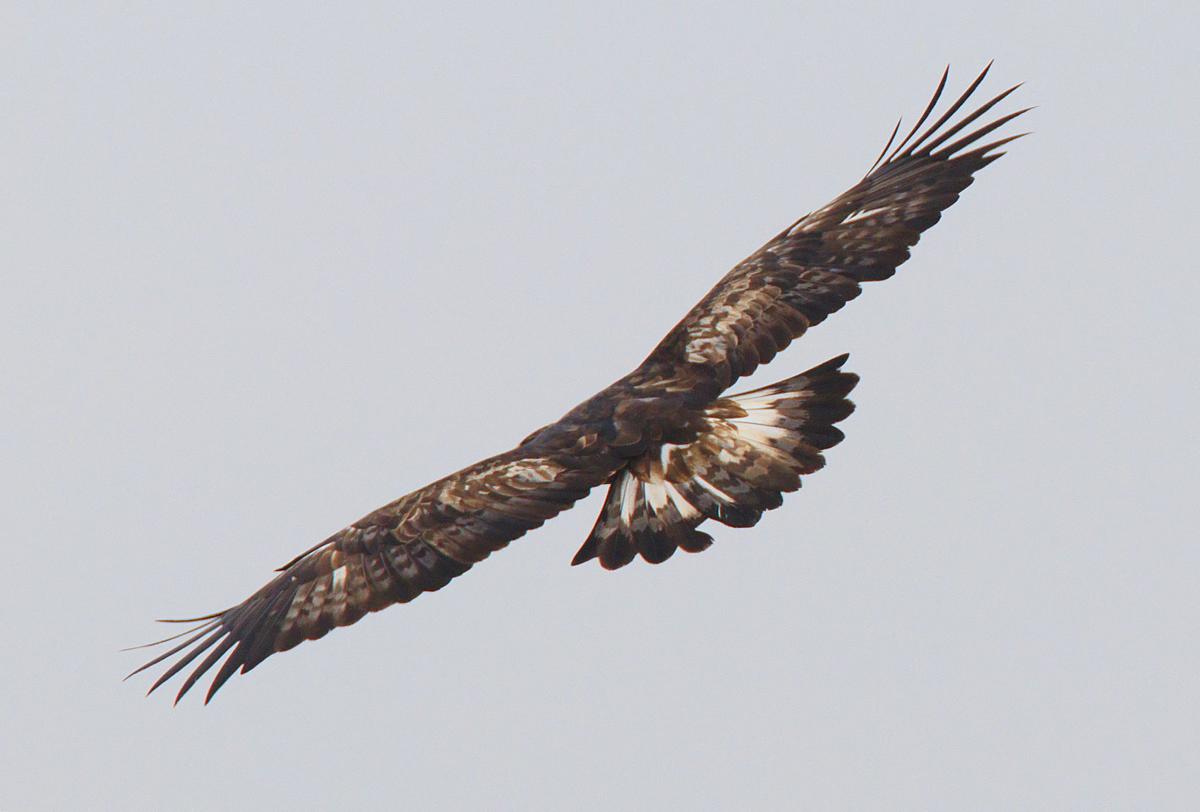 The tailfeathers of this fourth-year bird show the white colors disappearing as the eagle nears adulthood.

A fourth-year sub-adult golden eagle soars south of the Kankakee River this past week. The bird’s golden-feathered head is clearly visible, as it flies out from a perch and glides over the winter landscape.

The tailfeathers of this fourth-year bird show the white colors disappearing as the eagle nears adulthood.

Here in the Midwest, it is now a common sight to see bald eagles gliding high above the flat terrain of Northeastern Illinois and Northwestern Indiana. Nesting bald eagles also are a more common occurrence in Illinois and Indiana, a remarkable rebound since the ban on DDT’s agricultural use in 1972.

Illinois estimates indicate well more than 300 active nests, and for the state of Indiana a 2016 estimate shows close to 400 breeding pairs. Most often we see a magnificent bald eagle or even a few of these great birds perched in a tall snag above open water along our rivers here in the Midwest, especially during the hard winter months.

The eagles sit patiently waiting and watching while hunting ducks, coots and fish or any other food opportunity that might come along. There is another species of eagle, the golden eagle, that is less common and only seen or noticed by a lucky few during the fall and spring migrations.

The golden eagle also might be seen during the winter months in locations that provide open spaces, forests and abundant prey. This winter, a pair of golden eagles were recorded in Iroquois County where they were photographed by bird enthusiast and nature photographer Bronson Ratcliff, of Bourbonnais.

Having a pair of wintering golden eagles in our area is an exciting discovery. The golden eagle nests across Canada and Alaska and in the mountainous western U.S. They are year round residents and nest on the high cliffs and steep slopes with a open views throughout the Rocky Mountain states and west to the Pacific Ocean.

Here in the Midwest, we watch for these large dark birds during the migrations. They are easily confused with turkey vultures, juvenile bald eagle or any large dark raptor.

The first-year juvenile golden eagles have bright white tail feathers except for 2 or 3 inches of the tips which are dark brown.

They also can have bright white patches on the tops and bottoms of the their wings from the middle of the wings out toward the ends, and are easy to see during flight.

The first-year bird is probably the easiest to identify with those good solid markings, but as they age, those bright white feathers start to fade as they get their adult feathers and other indicators must be viewed.

The golden eagle also has a shorter neck and smaller bill than the juvenile bald eagle. Another comparison is the golden eagle has feathered legs that go down to the feet, and the bald eagle does not. Next time you see that large dark raptor soaring above, look a little closer, it might be a golden eagle.