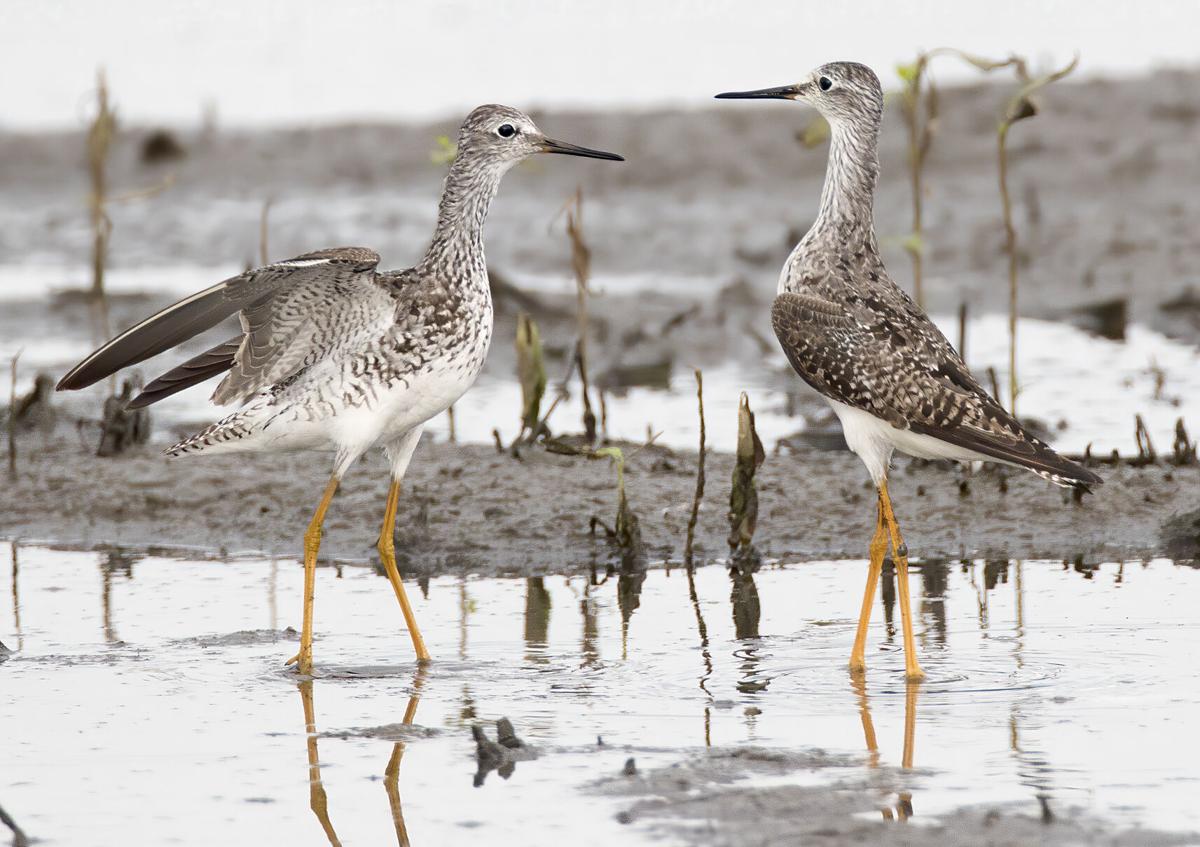 A pair of lesser yellowlegs sandpipers, standing tall face to face, are having a dispute over the hunting area that will eventually lead to a noisy fight. 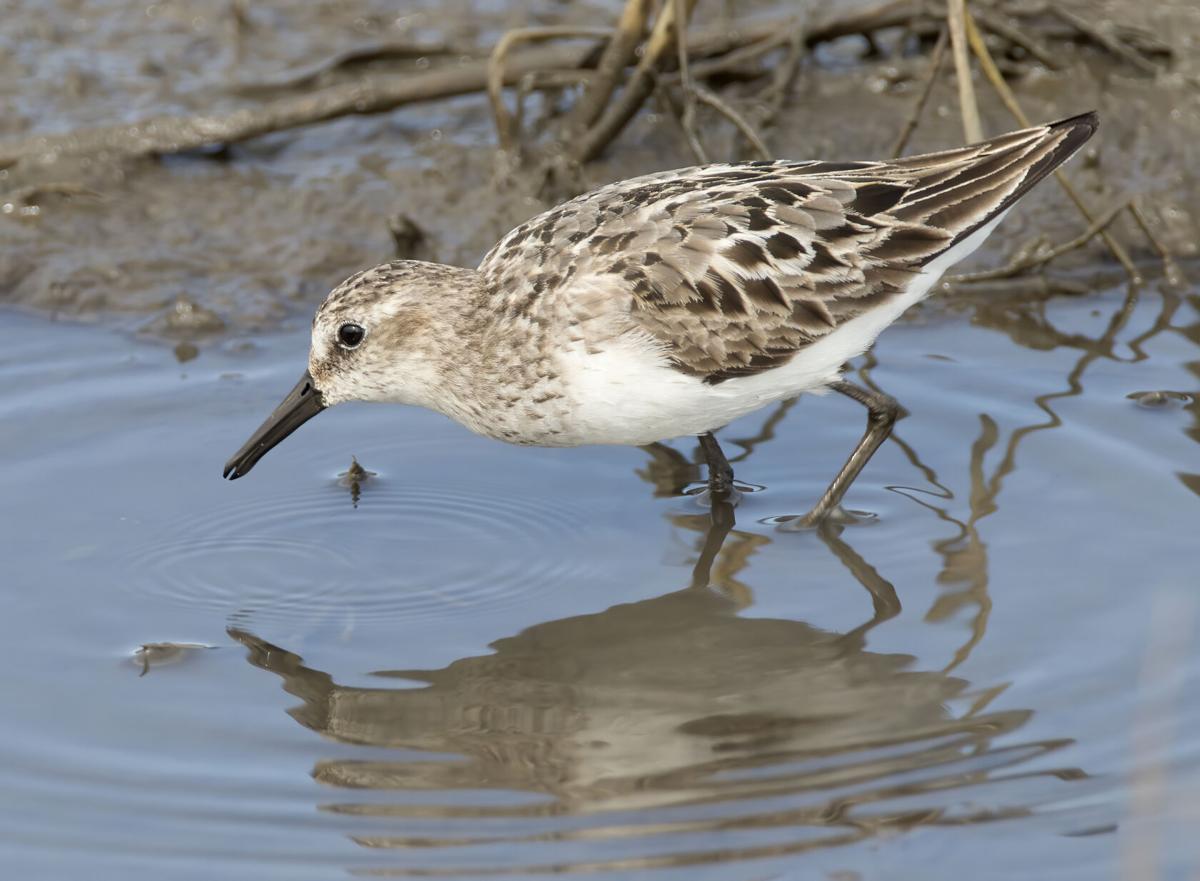 A small, sharp-looking semipalmated sandpiper on its way to Central and South America is feeding in a small flooded field in Iroquois County this past week.

A pair of lesser yellowlegs sandpipers, standing tall face to face, are having a dispute over the hunting area that will eventually lead to a noisy fight.

A small, sharp-looking semipalmated sandpiper on its way to Central and South America is feeding in a small flooded field in Iroquois County this past week.

This past week, a number of early migrating shorebirds on their southbound journey had stopped at a flooded field in Iroquois County taking advantage of the available but temporary source of food.

The largest of the shorebirds that was feeding at the shallow, slow-draining, organism-rich field were the greater yellowlegs sandpipers.

The smallest birds were the least and the semipalmated sandpipers.

The least, which is the smallest shorebird in the world, and semipalmated sandpipers searched for insects around the perimeters.

The greater and lesser yellowlegs, with the longer bills and legs, were wading through the deeper waters probing the soft mud below the surface with their long pointed bills searching and amazingly finding tiny insects and other invertebrates with their sensitive bills.

While many of the species feeding in the flooded field get a bit aggressive when it comes to their hunting areas, — quickly chasing away other birds that get too close — the lesser yellowlegs at this feeding site over a few days of observation seemed to only have conflicts with its own species.

The lesser yellowlegs would fly, sometimes 50 feet, to challenge or chase away an intruder.

Sometimes, though, the intruder would hold its ground and the excited birds would face off.

Standing as tall as they could, bill to bill, making themselves appear large, the birds were certainly trying to intimidate each other.

Suddenly, one would jump high into the air above the other, coming down with its feet in the face of the other bird.

With wings flapping, their bills and feet became weapons, the aggressive sounds of fighting sandpipers intensified, then suddenly they would stop.

The birds would once again take that face-to-face, bigger-than-life posture until one would attack.

This squabble would happen four or five more times before they would slowly, but carefully, back away from each other and start feeding a short distance away, widening the gap to a safe, tolerable and, perhaps, agreed upon distance.

Most of the shorebirds were tolerable of each other with little aggression when hunting areas overlapped, at least they weren’t fighting like lesser yellowlegs who seemed to be looking for trouble.

These shorebirds will work their way south to the Gulf Coast, some going as far as South America, where they will spend the winter until spring once again calls them North.