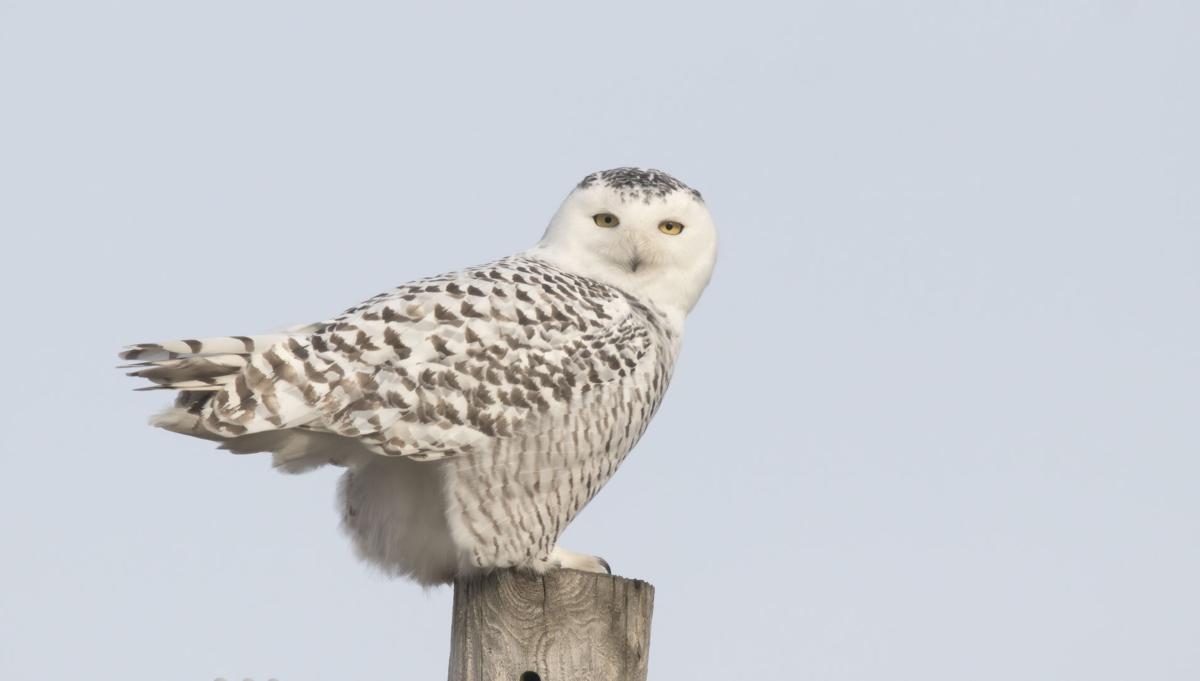 Stretching before flying off to another perch, the snowy owl shows its large yellow eyes just before spreading its wings. 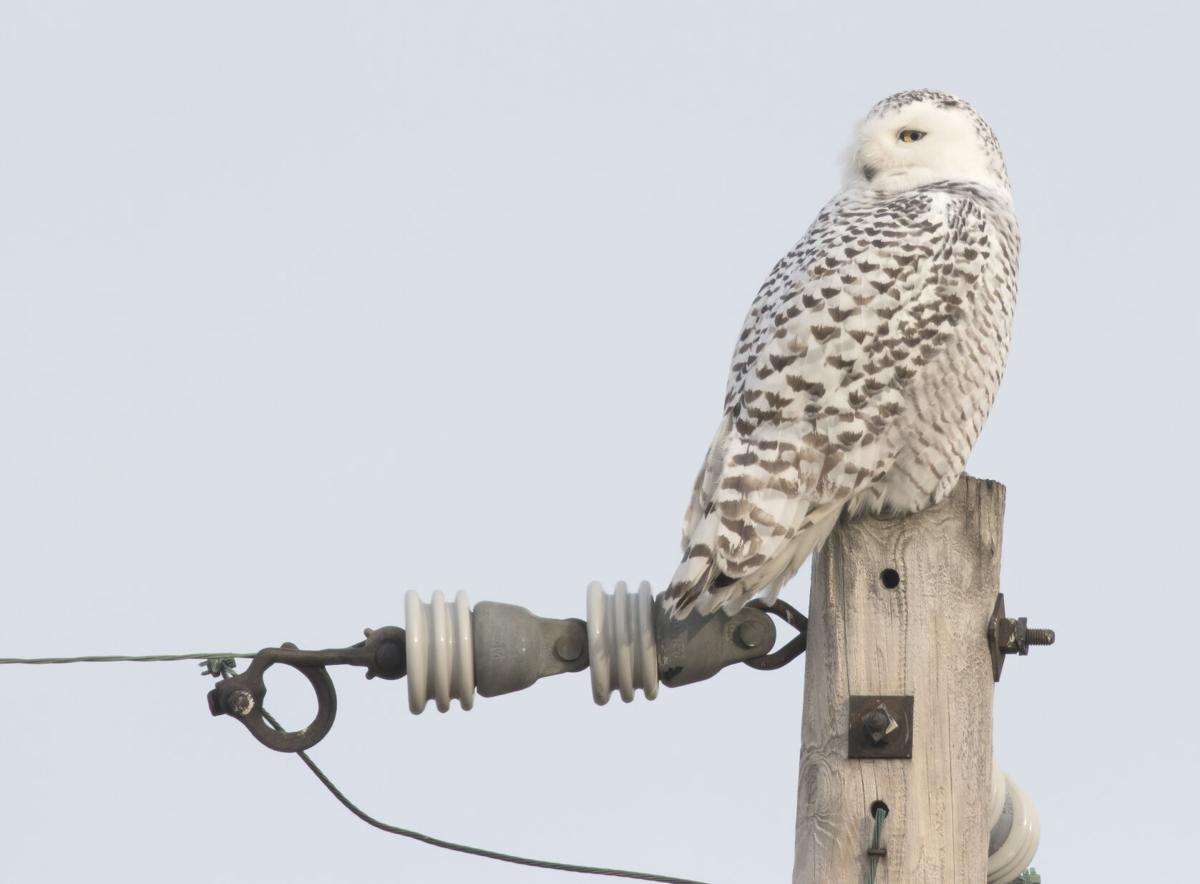 Searching for prey from the vantage of a utility pole, the snowy owl looks toward the rear for any movement.

Stretching before flying off to another perch, the snowy owl shows its large yellow eyes just before spreading its wings.

Searching for prey from the vantage of a utility pole, the snowy owl looks toward the rear for any movement.

Perched at the top of a utility pole calmly scanning the surrounding landscape for prey, a beautiful snowy owl appears in Iroquois County the day before our first snow.

To the Inuit people of the north, the owl represents guidance and wisdom and has an important relationship with both humans and the environment.

Snowy owl sightings have been reported in Northern Illinois and Northern Indiana recently, as more birds move south to escape the blizzards and sub-temperatures of the arctic.

As I write this, there are blizzard warnings in the area of Iqaluit in the territory of Nunavut in Canada as a low pressure system is making its way through Hudson Bay toward southern Baffin Island bringing cold temperatures, snow and 50 mph winds.

Here, in northern Illinois, the arriving snowy owls are enjoying 37 degrees with 11 mph winds on the mostly flat and sleeping winter landscape of the prairie state that somewhat resembles the arctic tundra above the treeline, a place familiar to the owls.

The female snowy owl is larger than the male and has a wingspan of about 4.5 feet and weighs almost 5 pounds.

They have a white face and large yellow eyes, a black bill surrounded by feathers,and they have acute hearing and vision.

These arctic owls are the heaviest owls in North America.

To observe them flying low over corn stubble here in Illinois — with their large white wings slowly flapping as they make their approach and glide toward a low perch with some cover hundreds of yards away — is an amazing sight.

The snowy owls that have traveled south for the winter will start moving northward toward their breeding grounds in the arctic in February and March. Most will be gone by April.

The owls will be back on their snow covered breeding grounds where the courtship will start in early May.

The cycle will continue high in the north as new generations will be fed, protected and fledged, and maybe even spend the cold months in a field near you, here in Illinois.