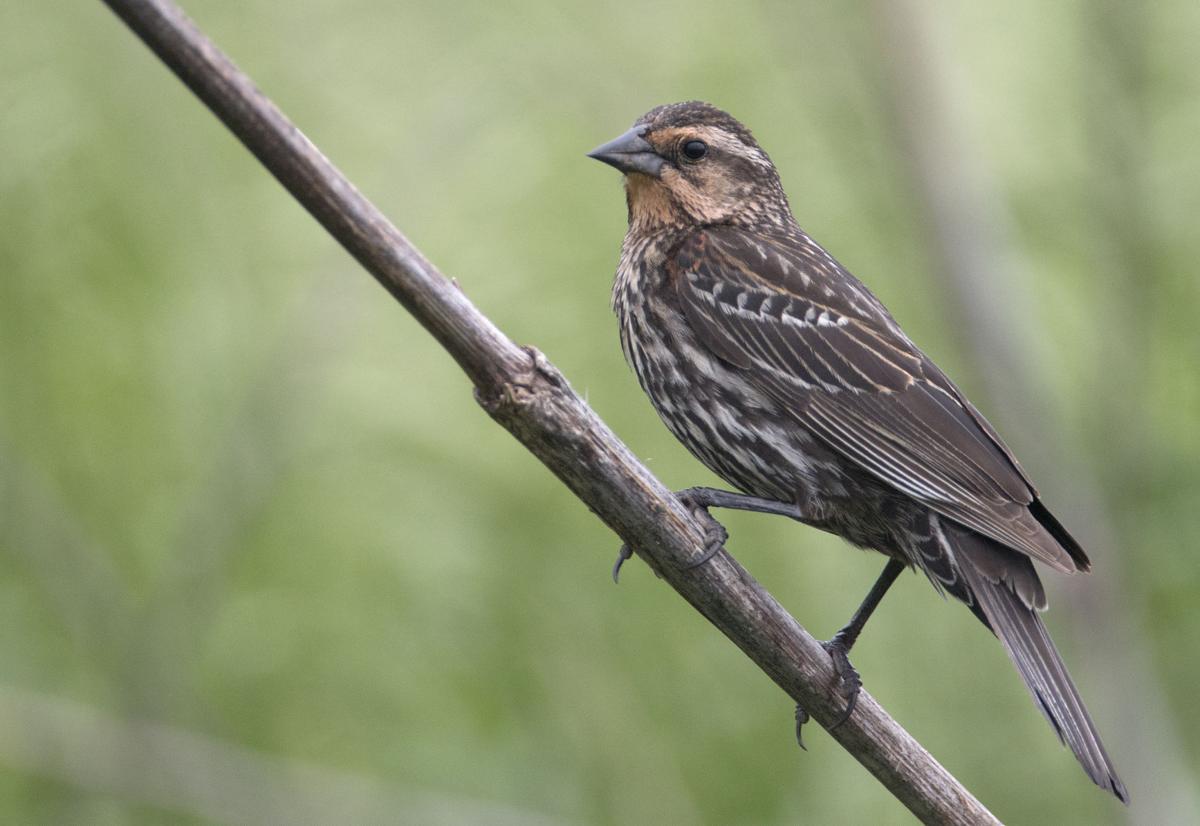 This is a female red-winged blackbird that is not affected by leucism. 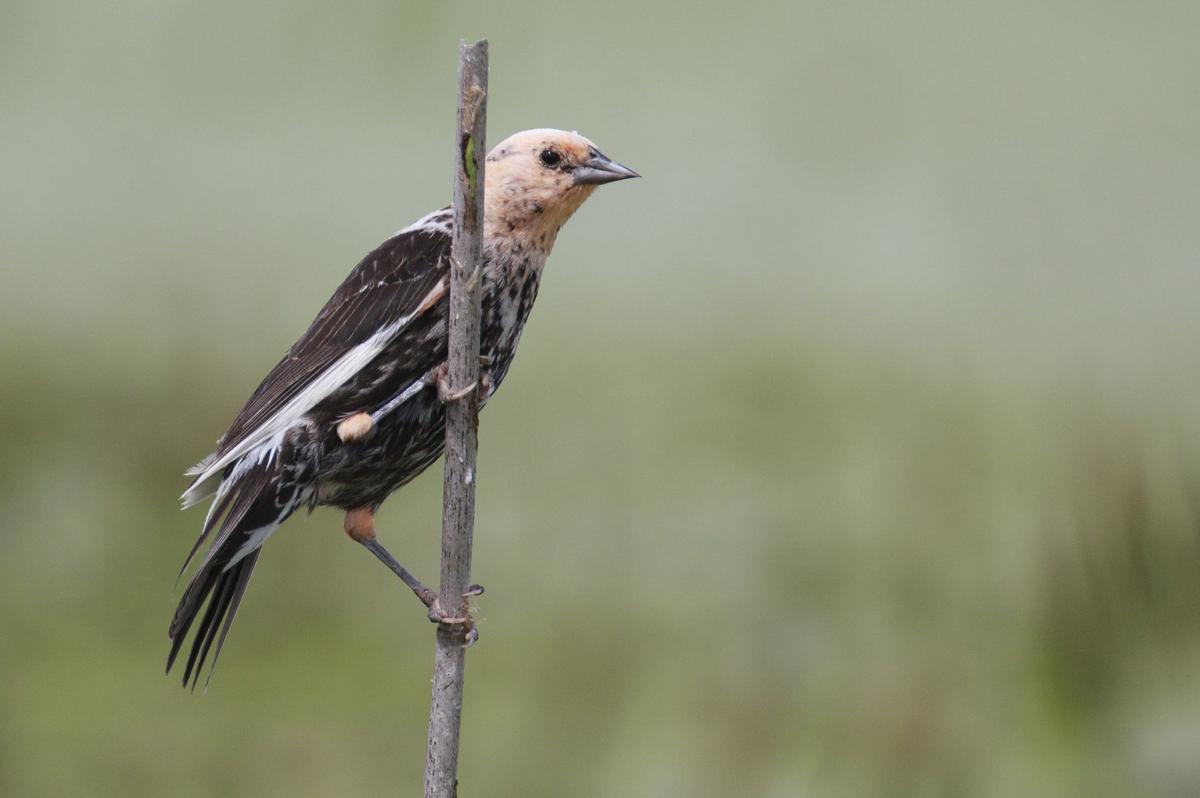 A leucistic female red-winged blackbird perches for a moment, showing her peach-colored head and white wings where pigment is missing from the birds feathers.

This is a female red-winged blackbird that is not affected by leucism.

A leucistic female red-winged blackbird perches for a moment, showing her peach-colored head and white wings where pigment is missing from the birds feathers.

A flash of white catches my eye as an interesting bird, with peculiar markings, flies just above some intentionally destroyed, non-native invasive plants that are known as the common reed or Phragmites.

The stems of the dead phragmites lay strewn like pick-up-sticks across the soft, damp, muddy shallows.

The mystery bird perched for a moment on the tall stem of native wetland grass, but soon flew down to the mucky waters edge, where it began searching through the dark, wet organic debris occasionally using the dead phragmites as a convenient perch.

The bird began picking up small pieces of plant material and appeared to be looking for something specific, as it hopped over standing water to the next little bit of duckweed covered mud and broken reeds.

Soon, the birds’ beak was full of small pieces of plant material.

The curious, colorful bird flew up and over the higher dry ground where prairie plants were thriving and dropped down into the thick green cover where it disappeared.

In no time at all, the busy bird was back on the marshy ground continuing its search for nesting material.

By now, the bird was no longer a mystery, its behavior, its song and the nearb male — that was protecting the territory — revealed the species as a female red-winged blackbird that was working on a nest.

The unusual coloring of the bird’s feathers is caused by a genetic condition known as leucism, a condition that prevents melanin from being sent to some of the bird’s plumage.

Leucistic birds are recorded and photographed across many species each year, from great horned owls and bald eagles to cardinals and hummingbirds, and, in this case, a red-winged blackbird.

Some of the leucistic birds are almost completely white, while others might only have some plumage that is affected, sometimes referred to as piebald.