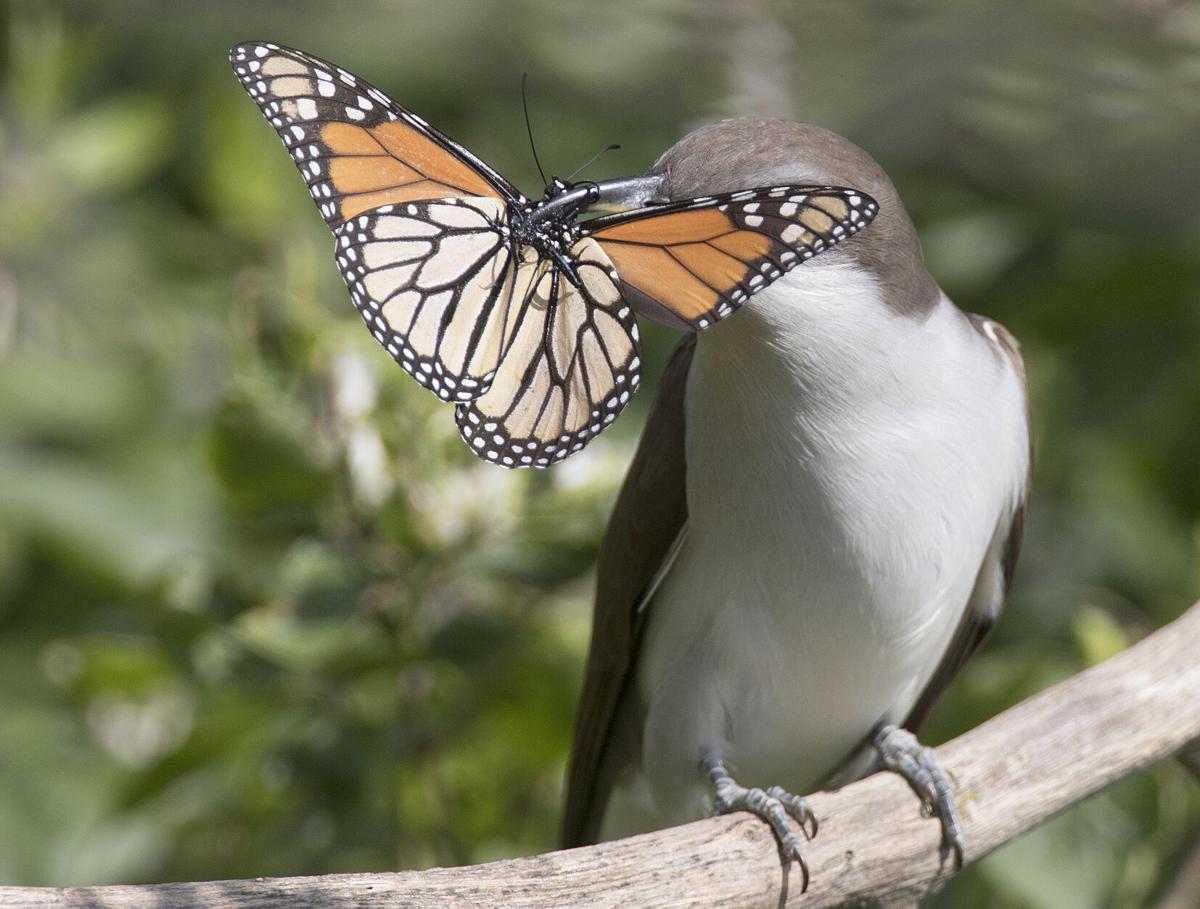 A yellow-billed cuckoo snares a toxic monarch butterfly with its bill. 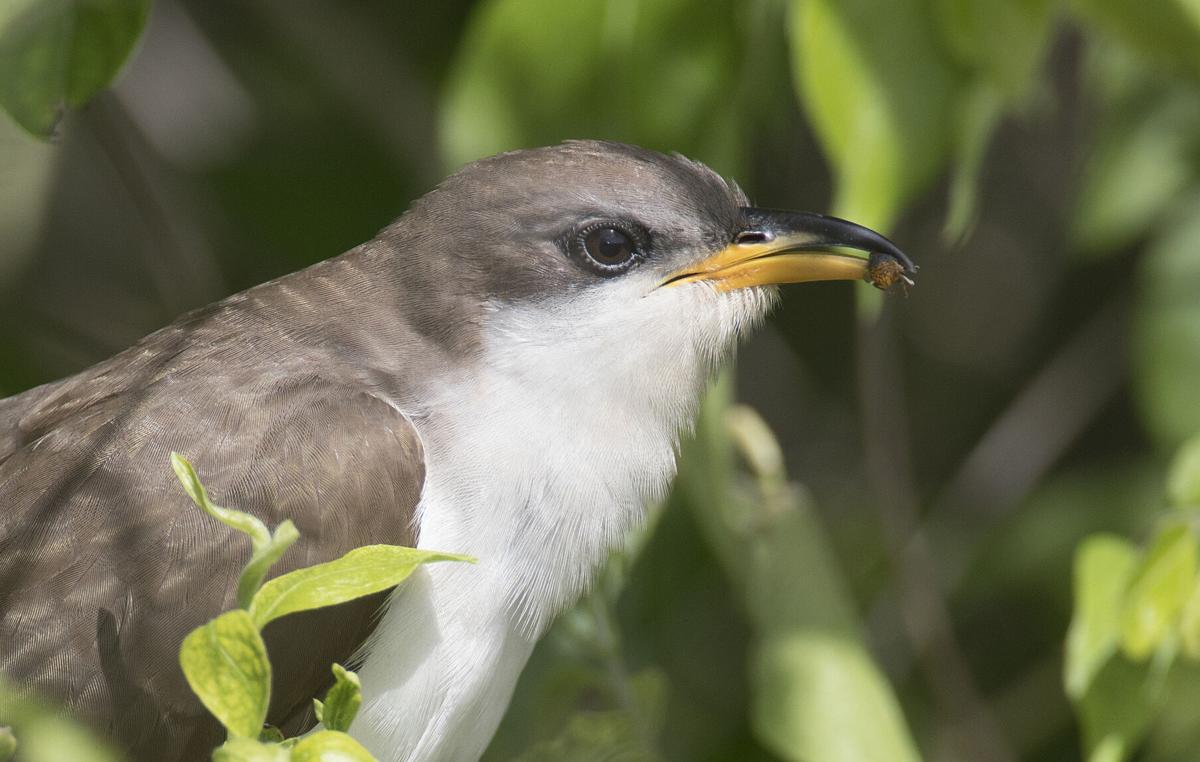 A tiny insect is held firmly in at the tip of the yellow-billed cuckoos long down curved bill.

A yellow-billed cuckoo snares a toxic monarch butterfly with its bill.

A tiny insect is held firmly in at the tip of the yellow-billed cuckoos long down curved bill.

According to The Cornell Lab All About Birds, they are a long and slim bird with a bill that is almost as long as the head, thick and slightly down curved.

During the North American winter, the cuckoos are in South America from Peru to northern Argentina, inhabiting the scrub forests and mangroves of those regions.

The food of the yellow-billed cuckoos is not much different from many other birds. Along with small lizards and some invertebrates, they eat primarily large insects, such as crickets, grasshoppers and even cicadas.

The photos show two individual cuckoos that just caught insects, one with a small seemingly harmless tiny insect — perhaps some kind of weevil — and the other with a monarch butterfly just before it was consumed, wings and all.

The photo of the bird with the butterfly might beg the questions, doesn’t the monarch butterfly taste bad, or aren’t they poisonous to predators because of the toxic milkweed plant they eat?

The milkweed is a vital link to monarch butterflies survival, the female monarchs deposit their eggs on the leaves of the milkweed. The development from egg to butterfly includes a stage where the monarch caterpillar feeds exclusively on the milkweed until it reaches the chrysalis stage.

After about 14 days, it will emerge as a beautiful and iconic, but toxic, monarch butterfly.

Monarch butterflies arrive in our area of Illinois from late May to early June.

The photo of this cuckoo with the monarch in its bill was taken this year in Iroquois County on May 27, suggesting this butterfly was a spring migrant from an overwintering site probably in central Mexico.

Research has shown the toxins from the milkweed — called cardenolides — are strongest in the newly-emerged monarchs, but lose some potency after the fall migration, when the butterflies are at their wintering sites.

During the winter, predation by birds, primarily black-headed grosbeaks, black-backed orioles and steller’s jays, take a heavy toll on the monarchs, contributing to their winter mortality.

Yes, the monarch butterflies are toxic and they warn predators with their bright colors to stay away, but maybe the spring migrant monarchs arriving in Illinois in May are at their lowest level of toxicity and, perhaps, the yellow-billed cuckoo, like the one in the photo, can tolerate low levels of cardenolides.

It is a fact that the yellow-billed cuckoo can and will eat the toxic, hairy-covered tent caterpillars, which are an important food source to these migrants.