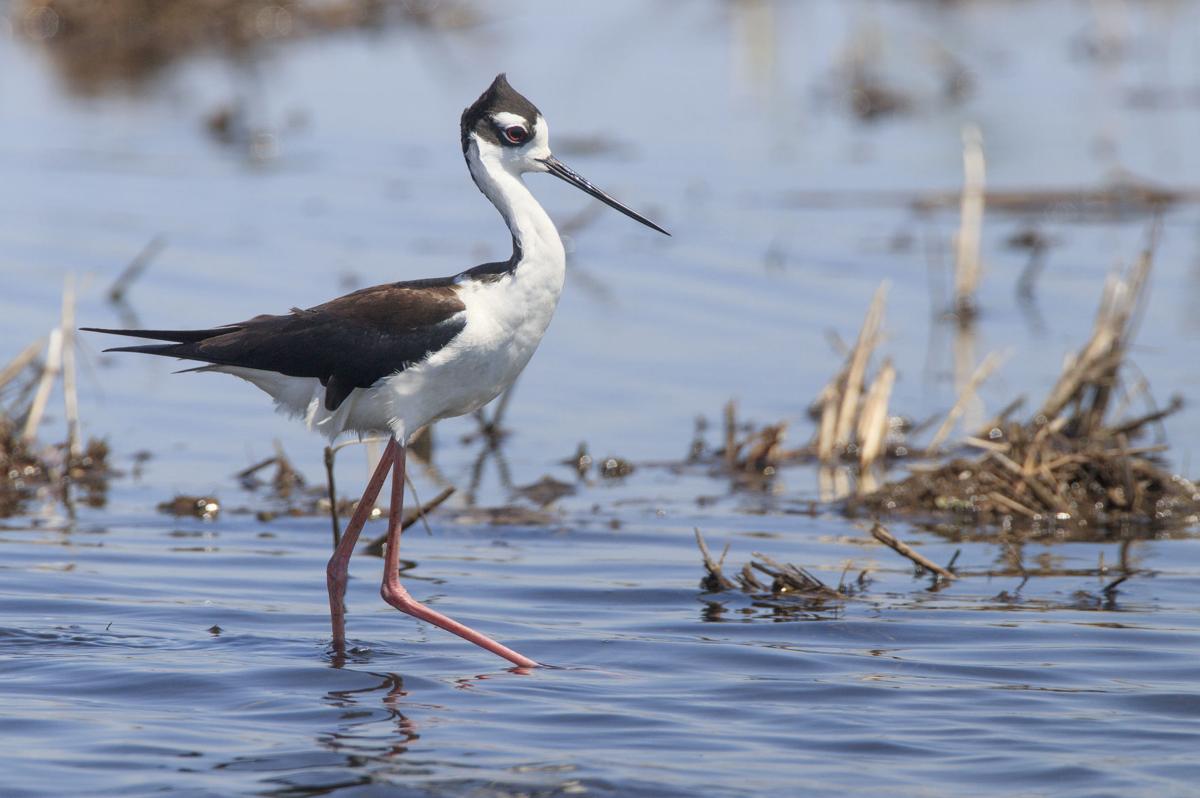 A male black-necked stilt wades in a flooded field in Iroquois County, as a northwest breeze blows the feathers up into a point on his head. 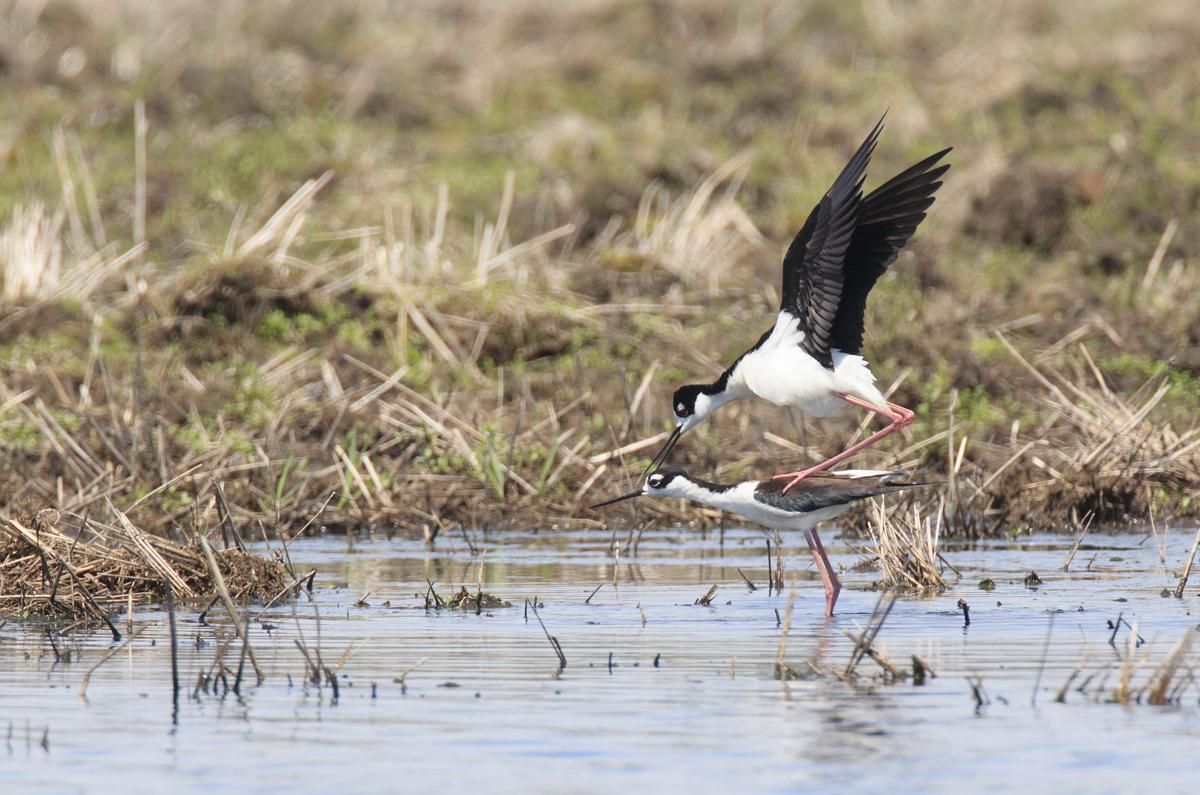 A pair of black-necked stilts are involved in their breeding behavior at a stop on their spring migration.

A male black-necked stilt wades in a flooded field in Iroquois County, as a northwest breeze blows the feathers up into a point on his head.

A pair of black-necked stilts are involved in their breeding behavior at a stop on their spring migration.

The black-necked stilt is an elegant wader with some extremely long pink legs and a body covered in black over white plumage, it has a long neck and a small head with a long thin black-colored needle-like bill. This is a lovely, delicate, and regal looking shorebird that proportionate to its’ body, accordingly to the American Bird Conservancy, has the longest legs, second only to the flamingo.

Standing out, a migrating pair of black-necked stilts were busy feeding in a flooded field this past week in Iroquois County. At one point while observing the pair, the birds came together in a display of their courtship ritual and breeding behavior that is initiated by the female. Standing close together, the male began with a bit of preening as well as the female, then together they began to stir the water rapidly with their long bills.

The female stood with her head extended and her back flat, an invitation for the male who promptly climbed on the females back. He slowly folded his long legs and settled down, but moments later, less than fifteen seconds, he was back in the water where they stood snug together. The stilts then put their heads close together and the male put his bill over the top of hers with his wings partially extended as they stood still in a moment of intimate display, an affirmation to their commitment. The breeding was complete.

Black-necked stilts winter along the southern coastlines and south into Central and South America. These birds are known for nesting in numbers in the western United States, but nesting records have been showing up in Midwest in recent years. Observations by Jed Hertz, of Kankakee, have shown adults and then eventually juvenile black-necked stilts together in suitable nesting habitat during the nesting season in Kankakee County.

There was also a nesting attempt at the LaSalle Fish & Wildlife Area along the Kankakee River in Newton County, Indiana, a few years ago.