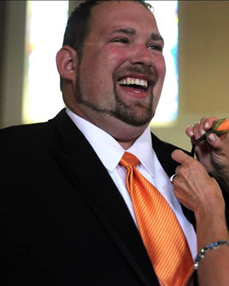 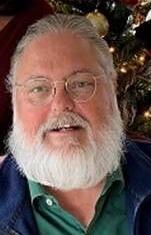 The Chebanse, Clifton and Ashkum communities make up the majority of students attending Central High School. The school sits in the middle of a cornfield between Chebanse and Clifton. It’s the glue tying the communities together since 1949. Many generations of families have gone there, including three generations of Webbers.

A small school, Central has had its share of tough knocks over the years. It might be said it had more than its fair share. Knocked down, it has always gotten back up, straightened itself out, maybe a little wobbly, then continued on.

The week between Christmas and New Year’s was yet another tough gut punch to the Central area that will be hard to get over. Within one week, when most people were relaxing from the holiday, Central lost one of its favored alums, and is praying fervently for a positive outcome of another.

Everyone has heard of the horrific shooting of two Bradley police officers. The young man fighting for his life after being shot in the head, Tyler Bailey, is a Central alum from Clifton. There was no shortage of Baileys running the halls of Central. Now, the entire area is holding its collective breath awaiting positive news on Tyler. Facebook is flooded with Tyler’s good-looking babyface.

What you might not have heard about though is the passing of a special young man from Chebanse. Nick Koch, a mountain of a man, was only 37 years old when he passed away unexpectantly of heart issues. At the time of his passing, he had just begun his dream job — athletic trainer for Central.

People were just naturally drawn to Nick; he had that magnetism few people are born with. But that just scratches the surface of who he was.

The Koch (pronounced Cook) family is large, and long a staple of the Central community. I’ve known and been around Kochs my entire life. You can hardly go to Chebanse without running into a Koch.

Nick was the only child of Kathy Koch, a gal a few years behind me in school. He was raised primarily in Chebanse by his mom, with tons of extra help from his grandmother, Norma. They collectively molded him into the fine young man he became.

He worked for our company during many summers while in school, a large hulking kid with a big smile and a determination to work like a man. I can still picture his grin while wearing shop overalls that always seemed to be one size too small. Had he ever come back to us looking for a job, I would have found him one.

Perhaps Central’s greatest football player ever, where football is king, Nick started for the Comets varsity between 1999 and 2002.

In that period, he collected numerous honors — the type of accolades not normally awarded to players from small schools. His high school football coach, Brian Spooner, lovingly referred to him as one of his kids.

Picking up where he left off after high school, Nick played for Aurora University as a four-year starter on the offensive line, completing a string of seven consecutive years as a starter at the two different schools. Afterward, he got a master’s degree at Northern.

Nick became an athletic trainer as he loved being around sports and other kids. He eventually landed a job with one of Central’s biggest rivals of all places, the Momence Redskins, where he spent 10 years. It was always kind of uncanny seeing him in the Momence red colors rather than Central blue. He got ribbed about it — I jabbed him a few times — but he took it in stride with that big grin, just like everything else in his life.

He married his wife from high school, Jenna Felesena, sweethearts since her freshman year. The couple have three children that meant more to him than life itself — with them he was just another kid. And to draw this story a little tighter, Nick’s brother-in-law, Tony Felesena, a Central alum, is a police officer … in Bradley … with Tyler.

The Comets play their indoor athletic contests in a sunken, bowl-shaped gym, unofficially named “the Crater.” Aware people from three towns and students from two schools would be attending Nick’s services, even during a pandemic, it was decided Nick’s funeral services were to be held in the Crater. School was even closed. I don’t know if that has ever happened before, but it was fitting — a special honor for a special man whose life was too short.

Nick was a natural role model, meeting everything head-on with a positive attitude. In a way, it’s poignant his passing was because his heart was too big. If you knew him, that makes perfect sense. If they haven’t already, I hope Central considers retiring his number 79.

I’ve had some success in my life with family, business and as a published author. I’ve met a lot of people I respected, liked and loved over many years. I can’t say there were that many I admired though. I admired Nick; still do.

Alan Webber is a local businessman, author, and blogger. He can be reached at editors@daily-journal.com or directly at packerbacker1957@yahoo.com