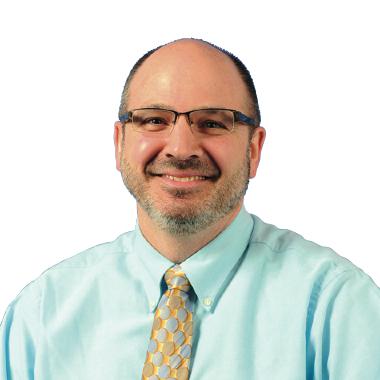 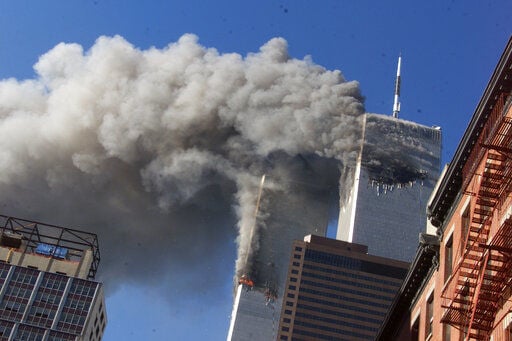 In this Sept. 11, 2001, file photo, smoke rises from the burning twin towers of the World Trade Center after hijacked planes crashed into the towers in New York City.

In this Sept. 11, 2001, file photo, smoke rises from the burning twin towers of the World Trade Center after hijacked planes crashed into the towers in New York City.

It was a brilliant Tuesday morning. The sun was shining and the temperature was pleasant.

I had been attending the monthly Kankakee River Metropolitan Agency board meeting at the treatment plant’s board room. I was set to leave the meeting when an employee in a nearby office waved me over sometime just before 9 a.m.

“You’ve got to see this. This is incredible,” he said as he pointed at his computer monitor.

The first airplane had only minutes before — at 8:46 a.m. EST — had struck the north World Trade Center tower.

On his desktop screen he produced the now-infamous footage of the commercial plane crashing into the World Trade Center’s north tower.

Like millions — perhaps billions — of others, I watched the footage in somewhat disbelief. How could a commercial airplane be so off course, especially on a picture-perfect day? That thought may have likely been the initial reaction for many, but as we learned only 17 minutes later — at 9:03 a.m. — that this was not an off-course aircraft.

Rather, what we came to understand, was this was an intentional act. The United States, not since Dec. 7, 1941, was under attack.

Two more yet undetected airplanes where on a path set for destruction. As we know, one hit the Pentagon and the other — its target never determined — crashed in a rural area of Pennsylvania after passengers stormed the cockpit preventing its hijackers from reaching their target.

To this day such a thought, such a concept — the United States under attack — is hard for this Midwestern farm boy to wrap his arms around.

But on that fateful September morning after viewing the footage on the office computer screen, I got into my car and headed back to the newspaper office. For someone involved in collecting and writing the news — local news, that is — this was going to be an event beyond anything this generation of Daily Journal news reporters and editors had ever covered.

Arriving back at the office, the news was only now making its way through the Associated Press wire service. These were the days when news was not instant. Smartphones were still years away. Around-the-clock news channels were far fewer in numbers and far less refined in terms of coverage. There was no such thing as Facebook or Twitter.

For one, I have no recollection of what the Sept. 11 edition had initially comprised of. My guess is there were several stories regarding school board, city council and village board coverage set for publication following a full slate of Monday night public meetings.

The days which followed are now blurred in my mind. Perhaps the first story I wrote on how this national event was impacting the local community focused on Red Cross relief efforts.

On the one-year anniversary I composed a story regarding my good friends Mike and Jeri Bollwitt of Bradley and how they managed that day. Mike, then a pilot for American Airlines, was flying to the East Coast out of O’Hare International Airport that morning. His wife, of course, was going crazy due to hijack fears.

The events of that day and those days that followed should have made one thing crystal clear. We are all connected. No matter where tragedy occurs we feel each other’s pain and sorrow.

It hardly seems possible as I sit in front of my laptop with my iPhone on the table next to me, that it has been 20 years since our country was forever changed.

But I wonder: Did we change? If time dulls our pain, do we still feel any of the discomfort from that day? I hope we do. That pain should never be entirely erased.

As I sit here on this Thursday afternoon just two days shy of the 20th anniversary of that tragic September day, the sky features a brilliant blue, just as it did in 2001.

Lee Provost is the Daily Journal’s Community Editor. He’s been a reporter for more than 33 years.