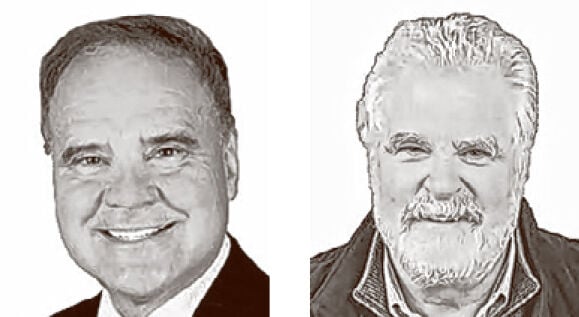 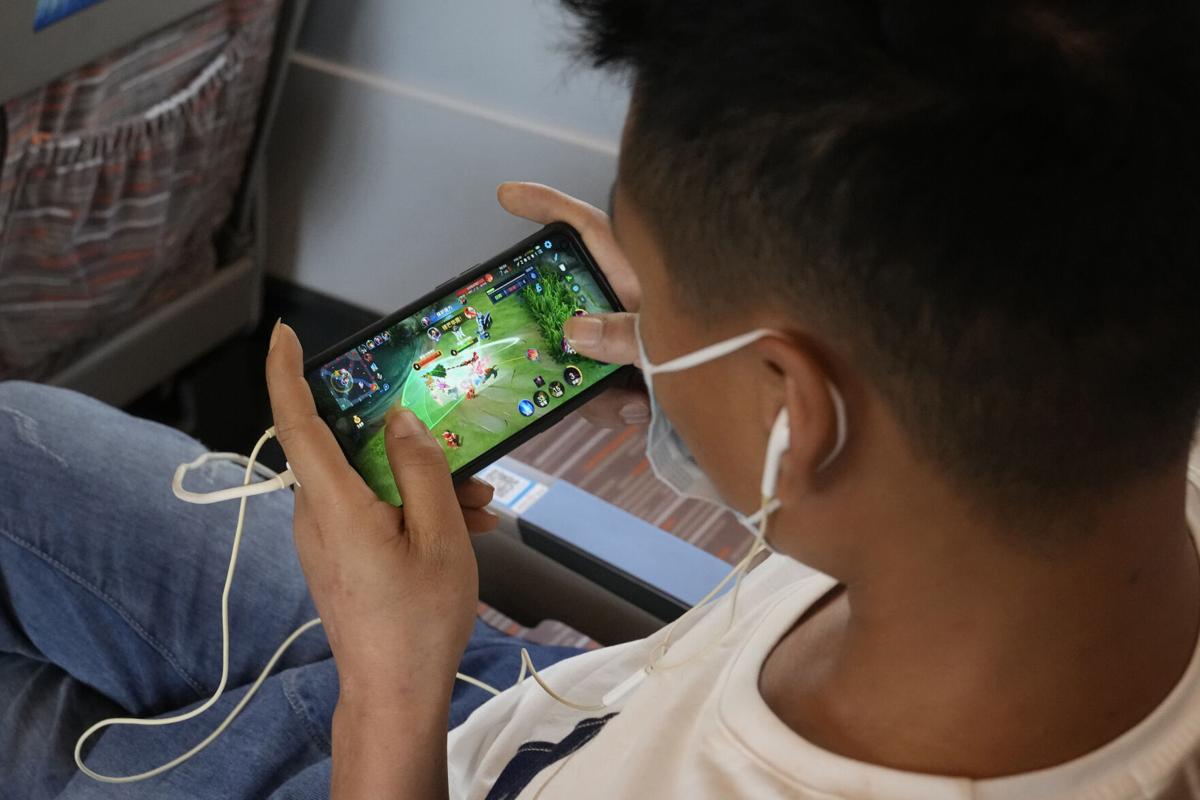 A man plays the popular Honor of Kings online game from Chinese gaming platform Tencent on a high-speed train from Henan to Beijing, China. Chinese regulators have set up a platform that allows the public to report gaming companies for violating restrictions implemented to curb gaming addiction in children.

A man plays the popular Honor of Kings online game from Chinese gaming platform Tencent on a high-speed train from Henan to Beijing, China. Chinese regulators have set up a platform that allows the public to report gaming companies for violating restrictions implemented to curb gaming addiction in children.

Joe: China has decided to do something about its 110 million minors (under 18) who play video games. Under their new regulations, online gaming companies can only allow children to play between 8 p.m. and 9 p.m. on Fridays, Saturdays and holidays.

China’s children are not the only ones addicted. This past summer has been unusual for our household, in that we have been inundated (try eight weeks) with a lot of kids showing up between the ages of 7 and 10. Start with my grandson, a Chicago public school kid. I am changing their first names but then there was Todd from central Illinois, Lucas and Emma from Michigan, Asher from Florida, Sophia from Texas, and Benny from South Carolina. A lot of diversity. It was great getting to know each and fun having them around. It also gave me the opportunity to understand their interests and how they think. I started to notice how many were uninterested in outdoor sports like baseball, tennism etc. Rather, online games like Minecraft, Roblox, Fortnite, yada, yada were a major link and part of their social lives.

China brands online games as “spiritual opium.” Their new regs are designed to protect the mental and physical health of minors. They blame online games for causing nearsightedness and addiction. In order to save USA kids from becoming addicted to their tablets and developing health issues spending too much time gaming instead of doing other activities, do you feel that the U.S. should follow China’s lead and restrict gaming to three hours a week? Alternatively, do you think gaming is a total parental responsibility?

Ken: Back in the smooth Stone Age when I was a kid, there were those long unstructured summer days to fill. My mother would say, “Get out of my hair. Go to the park and play.” My friends and I were not constrained by the need for adult supervision. We had games — some derivatives of baseball, 500 and piggy bounce out; horse and one-on-one on the basketball court; three-on-three touch football. We only needed a ball, maybe a glove and a bat.

We never gave a thought about predators. It’s different today. Kids’ lives are strictly structured with activities supervised by adults, parents, coaches, and teachers. They must be driven to the venue, monitored, and driven home. Now, if a soccer mom takes a distracting call from a golfing partner and loses sight of the kid, she could end up in jail on child abuse charges. So, getting out of mom’s hair today often means sitting in a darkened room playing video games on a cell phone or an iPad or a PC or Mac.

Does the U.S. government have to interfere resulting in more lost freedom? Emphatic NO. I would recommend that we shouldn’t come between a potential tech wizard and his calling. A smart gamer at 10 years old could end up a graduate of Harvard or MIT or Cal Tech and find his calling as a billionaire entrepreneur, a wealthy sought-after IT consultant, an international hacker with millions in his BitCoin account, or an ace drone pilot fighting terrorism from a climate-controlled room in Nevada.

Joe: You raise excellent points. At age 8 in the summer, I was playing shortstop on a Little League team. The days were filled with friends outside with either a baseball or tennis ball. I am not interested in Communist party oppression. Dictatorships making video game regulations thinking they know what is best for families and intruding on their lives can be offensive. However, maybe this should be a wake-up call for parents to pay attention. We have Silicon Valley creative hotshots trying to enhance their profit margins and bottom line. They focus on young people through advertising and games, dismissing the fact that the World Health Organization has classified a gaming disorder as a medical condition.

This is how revenue-oriented venture capitalists and product managers think. Games may be free to play but costs to the user come doing anything beyond the basics. They tweak the games to maximize the time spent in the game. In order to keep young people in, they deliberately (right before a young person throws in the towel giving up) feed him or her an extra gun or weapon to stay in the game longer. They even use loot boxes with some games turning kids into gamblers. Experts suggest that these approaches are effective to cause addiction, leading to school dropouts, loss of productivity and even obesity from lack of exercise. There are reasons why states and countries regulate gambling and alcohol. The gaming industry is not unlike the tobacco industry in trying to maximize profits. They are not concerned about the harmful effects to their users.

Ken: A healthy life for a child is a blend of activities — reading/homework, sports, and perhaps some time at a TV or computer screen. But I don’t believe it should be up to government regulation, because good parents know what is best for their kid. Gaming is not a direct cause of cancer, cirrhosis, or COPD. Smoking, drinking, and vaping thus pose a threat to the community, and continue to be legal largely because they generate beaucoup tax dollars. Hence, regulating gaming like the Chinese have might not even pass the test of being constitutional, but I wouldn’t be surprised if Washington figured out a way to levy a substantial gaming tax.

Joe: Mentioning a substantial gaming tax on corporations is intriguing, in effect fighting an evil empire and tech tycoons by reducing their cash flow and influence on kids through taxes. The amount of money involved with gaming is enormous. As noted in the FT tech sector magazine, every day until recently in China 100 million people would enter the world of Honor of Kings, an online video game involving a fight in the hunt for gold. At $7 billion in revenue, it was the highest-grossing game in the world. The market value of Tencent, the game creator is about a third of Amazon.

Since half of all 5- to 7-year-olds play video games, gaming companies are invading our kids’ bedrooms. We all need to be concerned about the control they exert.

Dr. Ken Johnston has been an ENT surgeon in Kankakee since 1976. He has been on several community boards and has been involved with clubs and organizations. He has lived in Bourbonnais since 1981. He can be contacted through the Daily Journal at editors@daily-journal.com or directly at Ken_Johnston@comcast.net.

Joe Yurgine is a practicing attorney, “Of Counsel” with Corboy & Demetrio, Chicago. He can be contacted through the Daily Journal at editors@daily-journal.com or directly at joeyurgine@yahoo.com.

"However, maybe this should be a wake-up call for parents to pay attention."