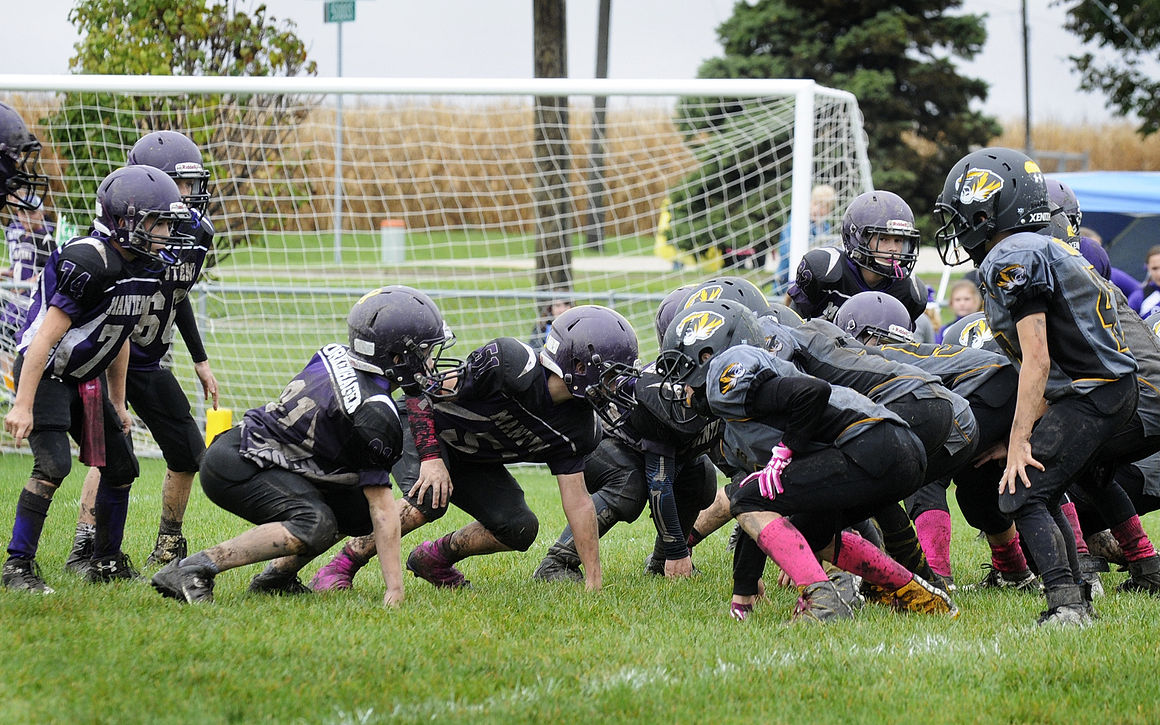 The discussion surrounding traumatic brain injuries and football took another turn in Illinois last month when a bill was introduced that would eliminate tackle football for children under the age of 12. The bill has increased division in what has become a hot-button issue. 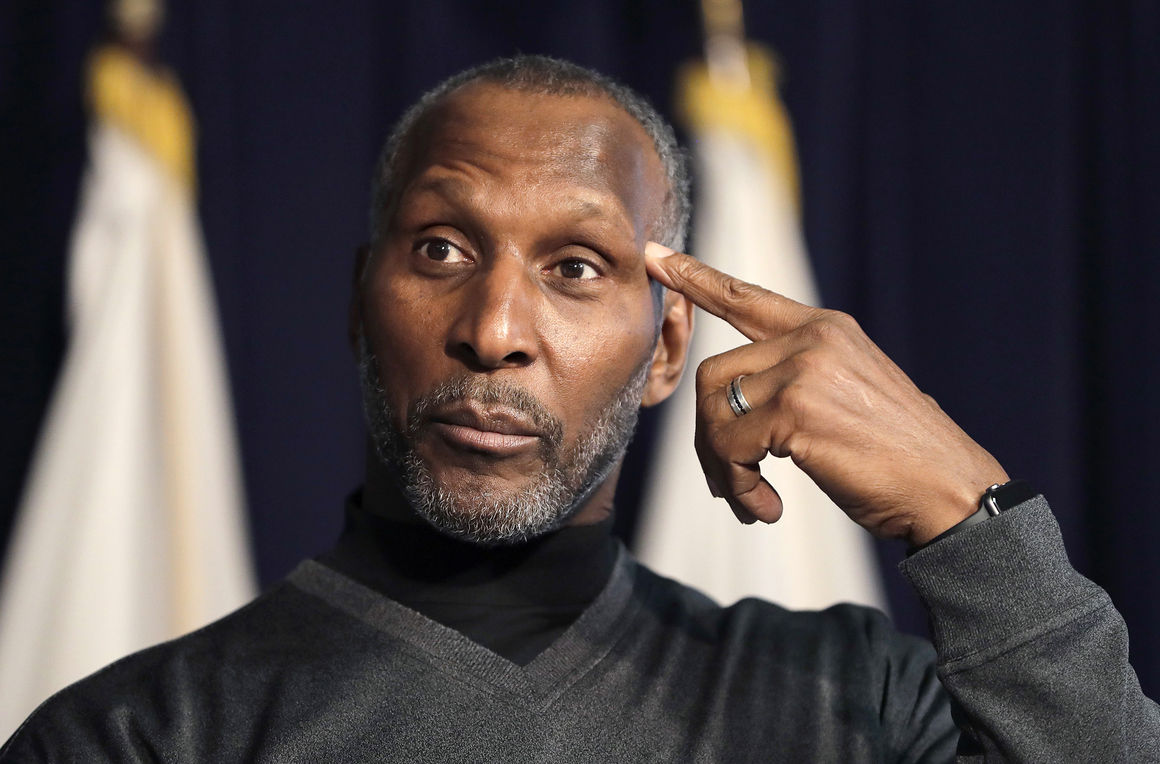 Former Chicago Bears linebacker Otis Wilson speaks in support of the Dave Duerson Act to Prevent CTE at a news conference Thursday, Jan. 25, in Chicago. The Dave Duerson Act would ban organized tackle football for Illinois children younger than 12 years old. Wilson, who is not diagnosed with CTE, told reporters he would donate his brain for study upon his death.

The discussion surrounding traumatic brain injuries and football took another turn in Illinois last month when a bill was introduced that would eliminate tackle football for children under the age of 12. The bill has increased division in what has become a hot-button issue.

Former Chicago Bears linebacker Otis Wilson speaks in support of the Dave Duerson Act to Prevent CTE at a news conference Thursday, Jan. 25, in Chicago. The Dave Duerson Act would ban organized tackle football for Illinois children younger than 12 years old. Wilson, who is not diagnosed with CTE, told reporters he would donate his brain for study upon his death.

Is the game of football particularly unsafe for younger players?

The Dave Duerson Act to Prevent Chronic Traumatic Encephalopathy was introduced by the lawmaker with the help of Dr. Chris Nowinski, the CEO of the Concussion Legacy Foundation and cofounder of the Boston University CTE Center, both of which have been at the forefront of CTE research in football.

BU's CTE Center released findings last September concerning youth football that made national headlines. They found people who played tackle football before the age of 12 had increased risk for behavioral and cognitive problems as they got older.

"As the science and data move forward, so should we," Sente said. "And now, we must focus on CTE."

The bill certainly has increased division in what has become a hot-button issue.

Jeremiah Spacht, a board member for the Bourbonnais Jr. Boilermakers and assistant coach for the junior football program, thinks the proposal can be a positive step in improving safety. Although youth coaches are certified in health and safety issues every year, most of the volunteer coaches are not medical professionals.

"The constant education of technique and understanding the game in its entirety is what makes it difficult to secure the safety of young kids early on," Spacht said. "It's great to get out there early and have those experiences, but they're not always the safest thing for kids.

"With the new information now, there's a lot to say for keeping everyone safe and allowing the kids to grow and mature and develop their bodies before having these experiences."

But there also are some around local youth football who oppose the ban. Eastside Bulldogs President Jess Gathing said the yearly certification of coaches and other improvements to concussion protocol already have made the game safe enough.

He is concerned eliminating tackle football for young kids can delay their development in the sport and also takes away an activity for a lot of kids.

"How did Tiger Woods become a good golfer? By (age) 4, he was already hitting a golf ball," Gathing said. "And now, we want to wait until 12 to get into a sport?

"If you say kids can't play, look at how many football players and cheerleaders that takes away."

Oak Orthopedics director of sports medicine and Chicago Bears consulting orthopedic surgeon Dr. Michael Corcoran said he is all for improving safety but doesn't think legislating participation is the way to go.

"Kids are going to play football whether it's in the sandlot or at least at an organized setting where people can look after them," Corcoran said. "From my perspective, the emphasis has to be on training coaches and training them on the appropriate techniques."

Corcoran's son, Sean, began playing football when he was 8 years old and played all the way through college at Penn State University, where he graduated in 2017. He said with the information available now that wasn't available when his son was playing youth football, he still would have allowed his son to play.

"I probably understand the risks more so than any other parent," Corcoran said. "(Sean) could have gotten a concussion riding his bike or playing basketball — he got one skating at the skate park."

Streator Township High School coach Brian Hassett, a former Bishop McNamara assistant and standout quarterback, also has a son who has suffered concussions in other sports, which is the reason he doesn't allow him to play football.

Hassett said there still will be an issue with concussions and CTE in football players past the youth level, but he would be content with seeing the physicality in youth football scaled back.

"If we're going to set an age, I don't think we should have third- and fourth-graders in helmets and shoulder pads," Hassett said. "I think that with impact tests, concussion protocol, etc., we're doing the right thing."

Hassett, as well as Spacht and Corcoran, would be in favor of youth football programs switching to flag football for lower levels. They all agreed it would reduce injury risk, while still allowing players to learn the fundamentals of the game.

Gathing, however, disagrees with the notion flag football can just replace tackle football.

"Can you picture cheerleaders cheering at a flag football game?" Gathing questioned.

But even though Gathing disagrees with the proposal in its entirety and Corcoran questions its efficiency, they all can agree safety needs to remain in the utmost importance.

"I think everyone is doing their part to make sure youth sports are safe," Gathing said. "Before, we never really understood, but now, we know that getting your bell rung really means a concussion."

"Anything that's going to protect the kids is a positive thing," Spacht said. "You can argue both sides of the coin, but anything that keeps kids safe, I can justify that."

Illinois was not the only state to bring a youth football ban proposal to the table at the open of the new legislative year. New York and Maryland also have proposed similar bans.