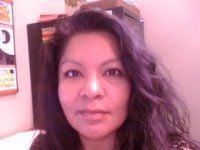 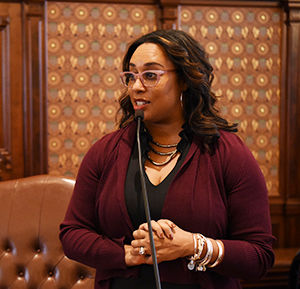 KANKAKEE — Local Democratic Party officials may not be getting out the message about its Friday night meeting to pick a new state senator, at least according to one of its participants.

Even the Kankakee County Democratic Party’s own communications secretary, Marta Perales, acknowledged Tuesday she was “somewhat confused” about what would happen at the meeting, which is set for 5 p.m. in the Iroquois Room at Kankakee Community College. She is one of the four applicants for the position.

“Once I get more details, we’ll send something out,” Perales said.

A day earlier, though, John Willard, chairman of the Kankakee County Democratic Party, released a statement announcing Friday’s meeting, but did not give many details on how the meeting would be run.

In a text message Tuesday, Willard said the word is out about the meeting.

“That’s how we have these four highly qualified candidates,” he said.

The candidates are vying to fill the seat left vacant by Sen. Toi Hutchinson, D-Olympia Fields, who resigned to take a job in Gov. J.B. Pritzker’s administration coordinating the state’s legalization of recreational marijuana.

Because the Senate seat was filled by a Democrat, party leaders in the 40th District have the power to vote on her replacement.

She said she was not sure whether state party leaders have settled on a candidate.

“I’m not the one they’re pushing,” Perales said. “From my understanding, I am the underdog in this race.”

The Democratic and Republican primaries for the Senate seat and other positions will be March 17. Because the 40th District is solidly Democratic, this primary race is what counts.

Perales said she “absolutely” would run in March, regardless of whether party leaders pick her.

No other applicant has responded to inquiries about their March primary plans.

Perales has lived on the south and north sides of the 40th District. She said the map of the district indicates she is a good fit for the district.

She is a former coordinator for the Illinois Metropolitan Planning Organization Advisory Council and a former legislative affairs director with Metra, which provides rail service in greater Chicago.

“I have a transportation and metropolitan planning background. I have worked with both sides of the aisle (in the legislature). With issues such as transportation, it’s not about Democrats or Republicans, it’s about fighting for your area,” Perales said. “I know how the sausage is made in Springfield.”

The 40th District is a blend of suburbs and downstate.