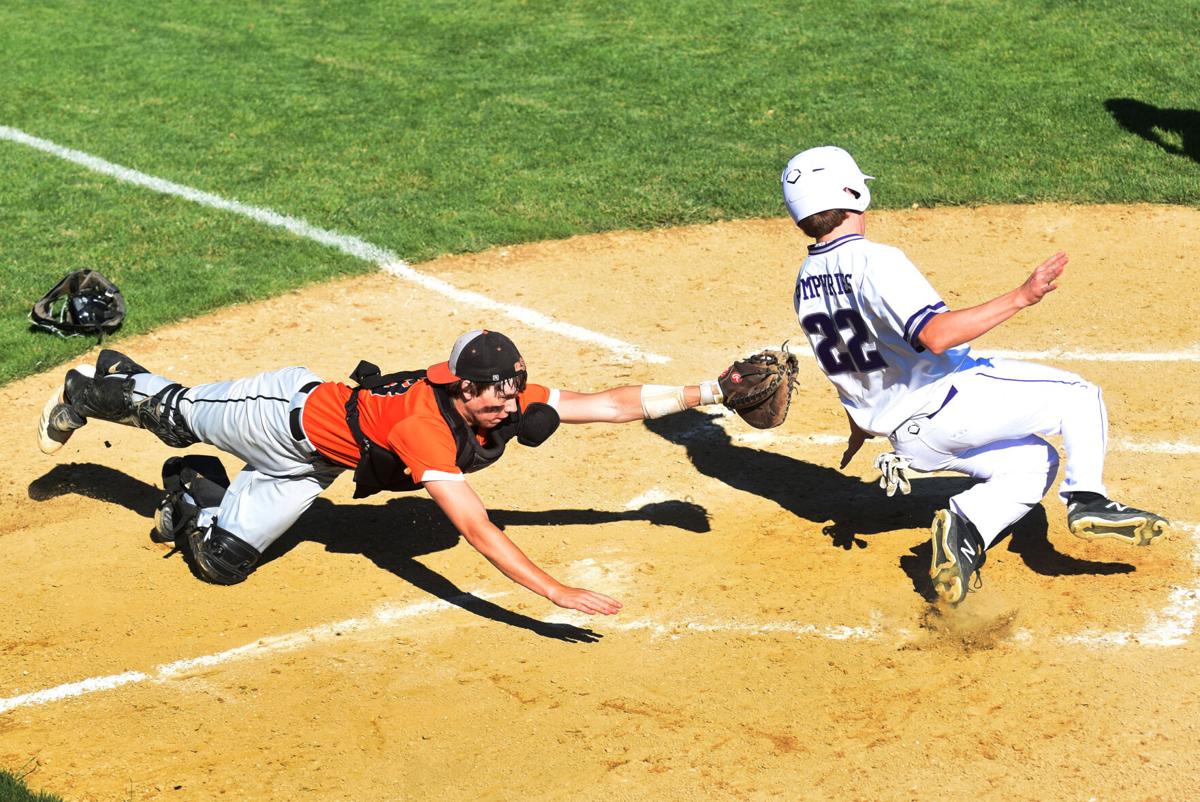 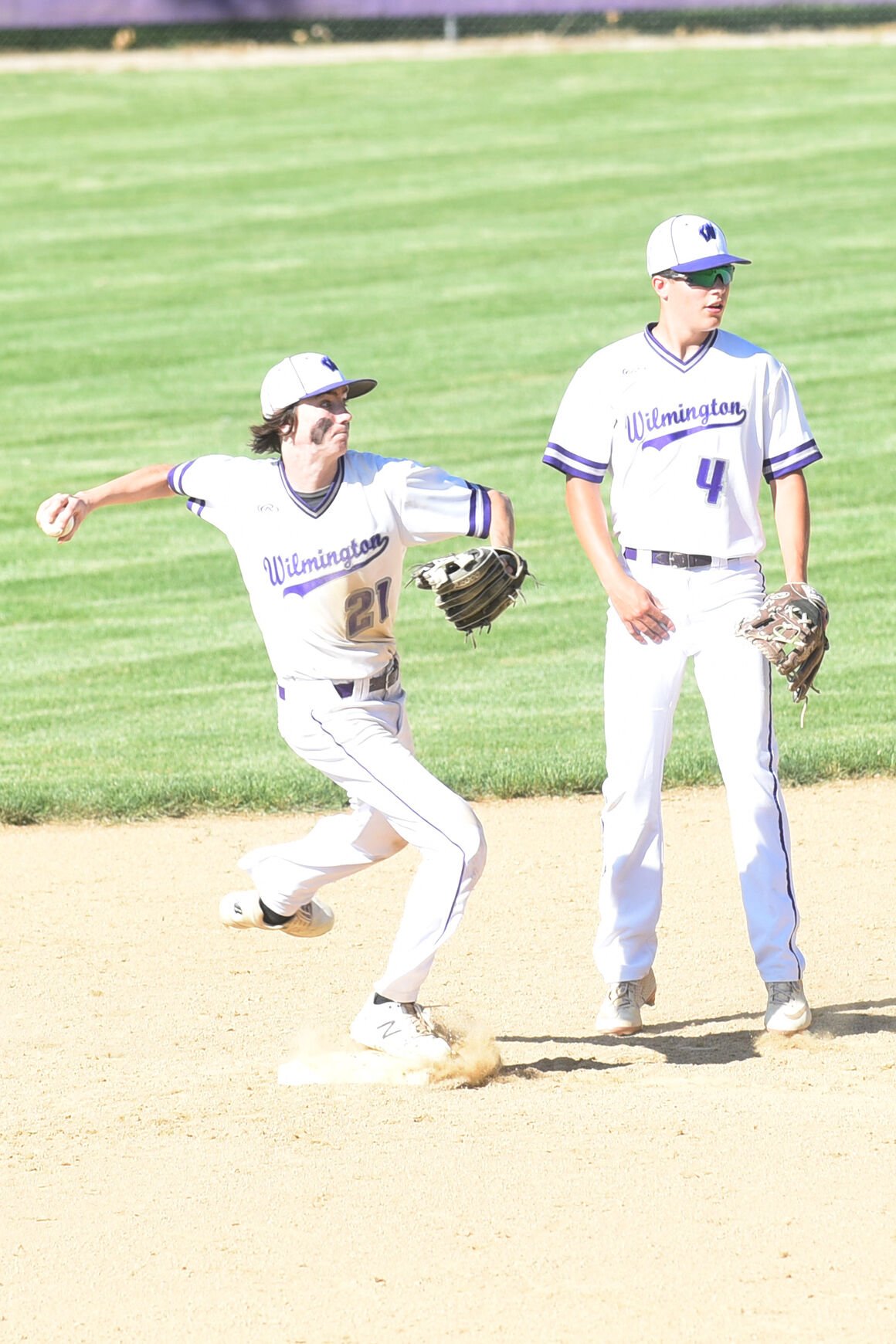 Wilmington’s Tim Mills, left, throws to first base to complete a double play after stepping on second base for a force out during Wednesday’s 13-3 home victory against Gardner-South Wilmington. 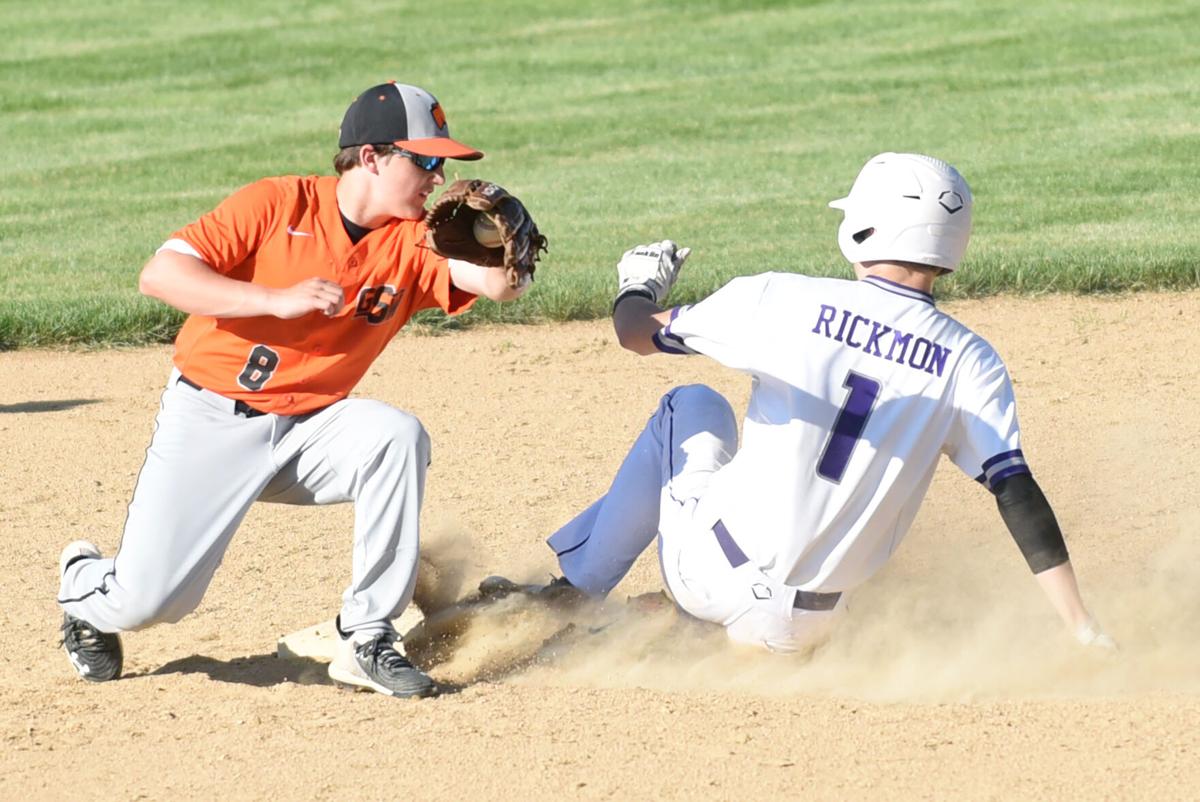 Wilmington’s Nolan Rickmon steals second base ahead of a tag from Gardner-South Wilmington’s Dane Halpin during Wednesday’s game at Wilmington. 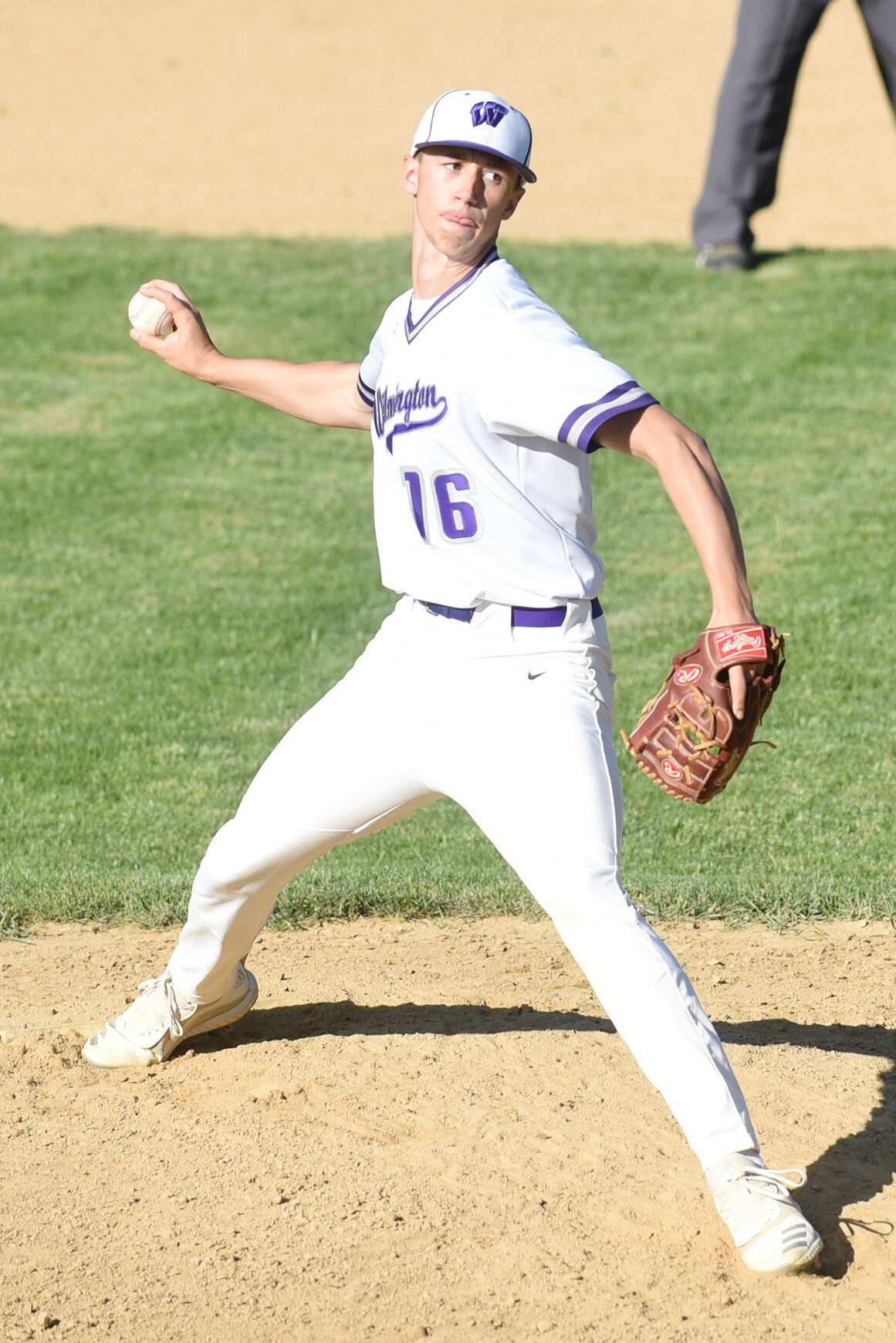 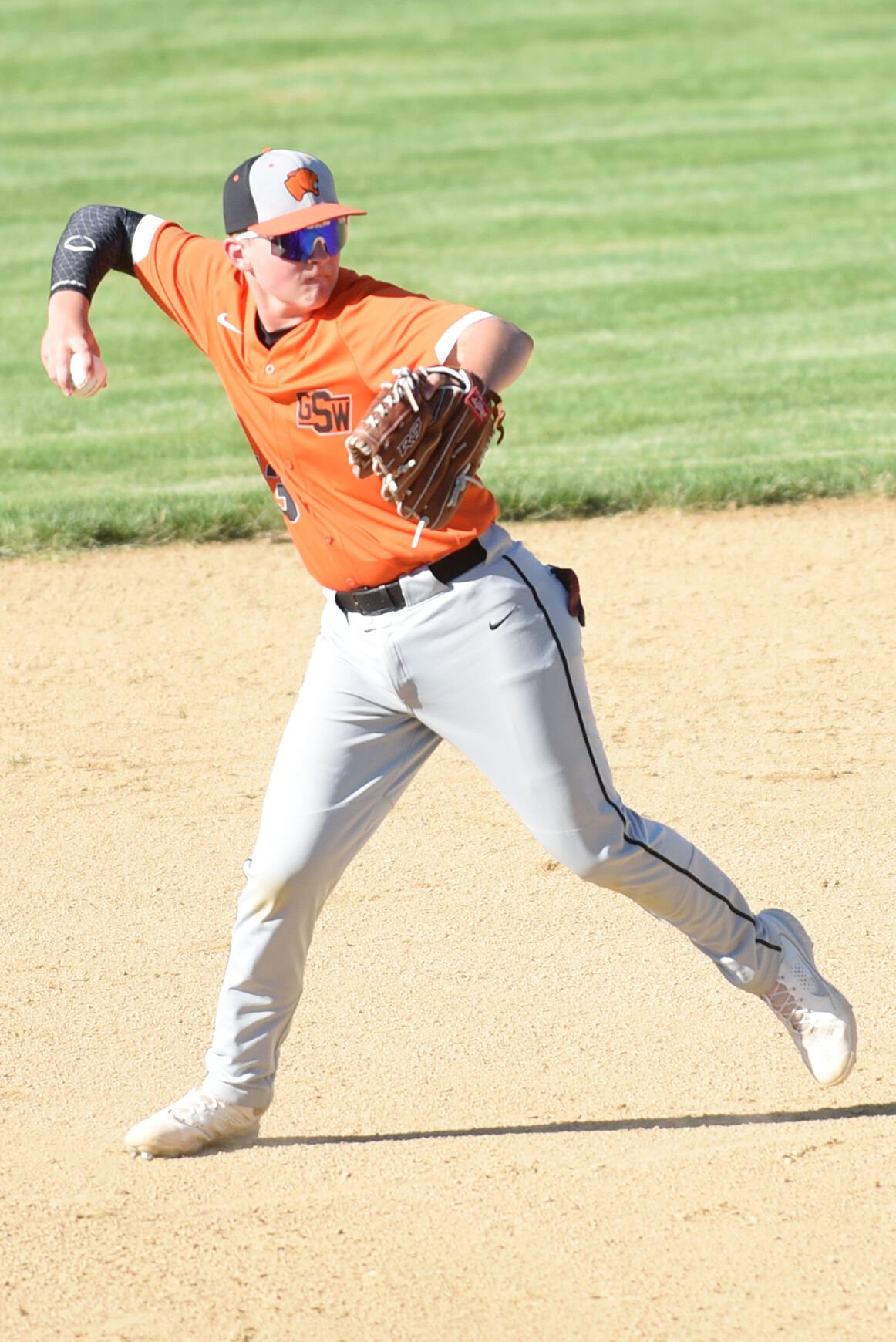 Gardner-South Wilmington’s Ethan Maxard makes a throw to first base during Wednesday’s game at Wilmington. 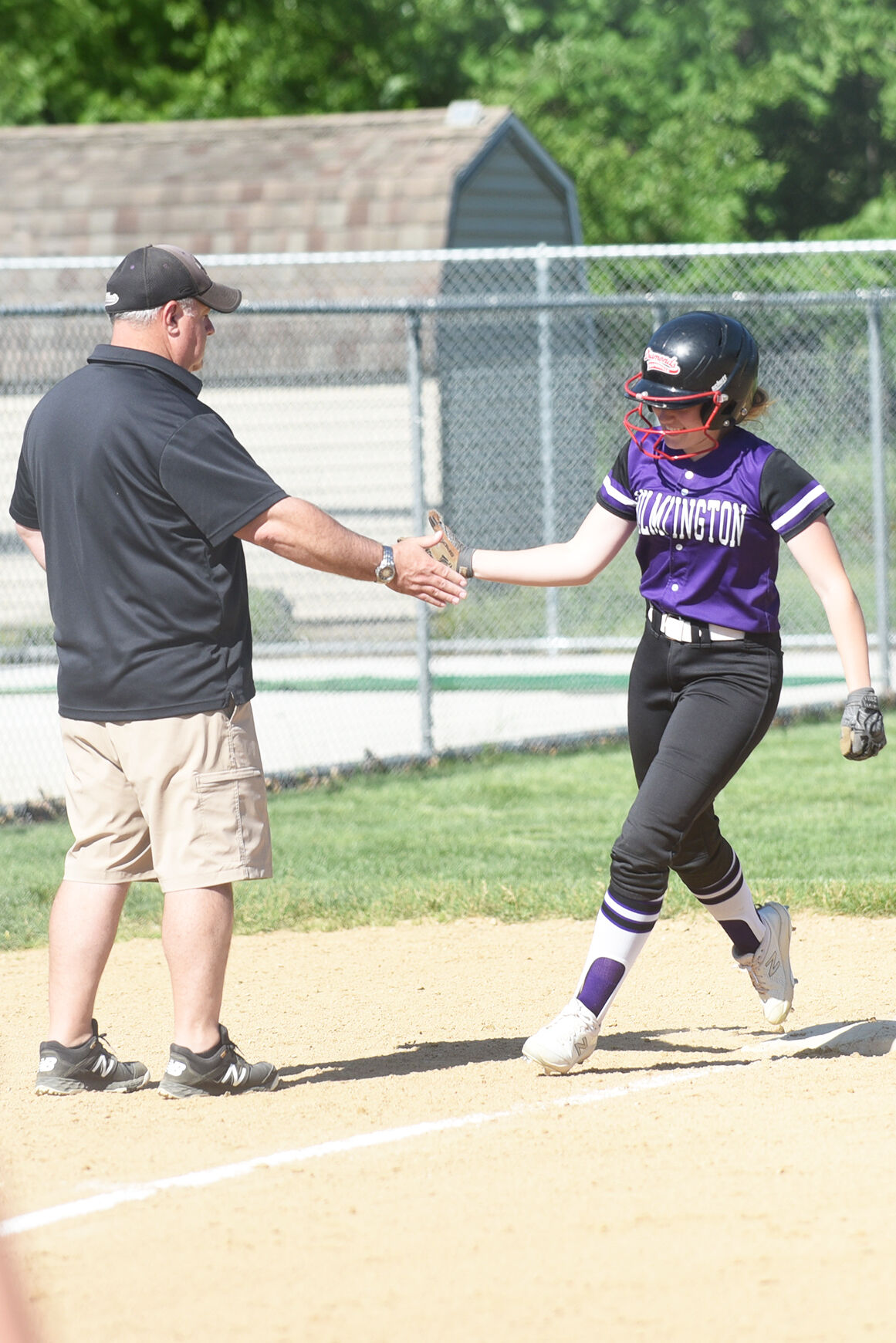 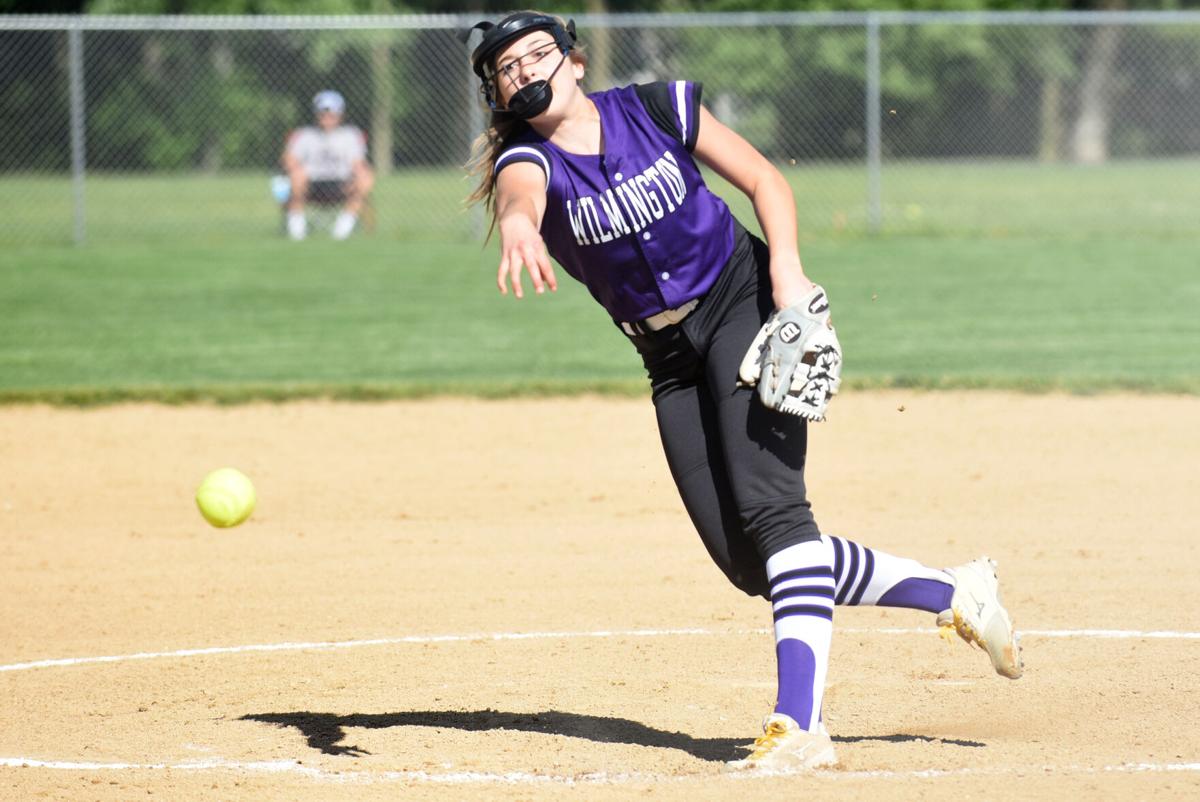 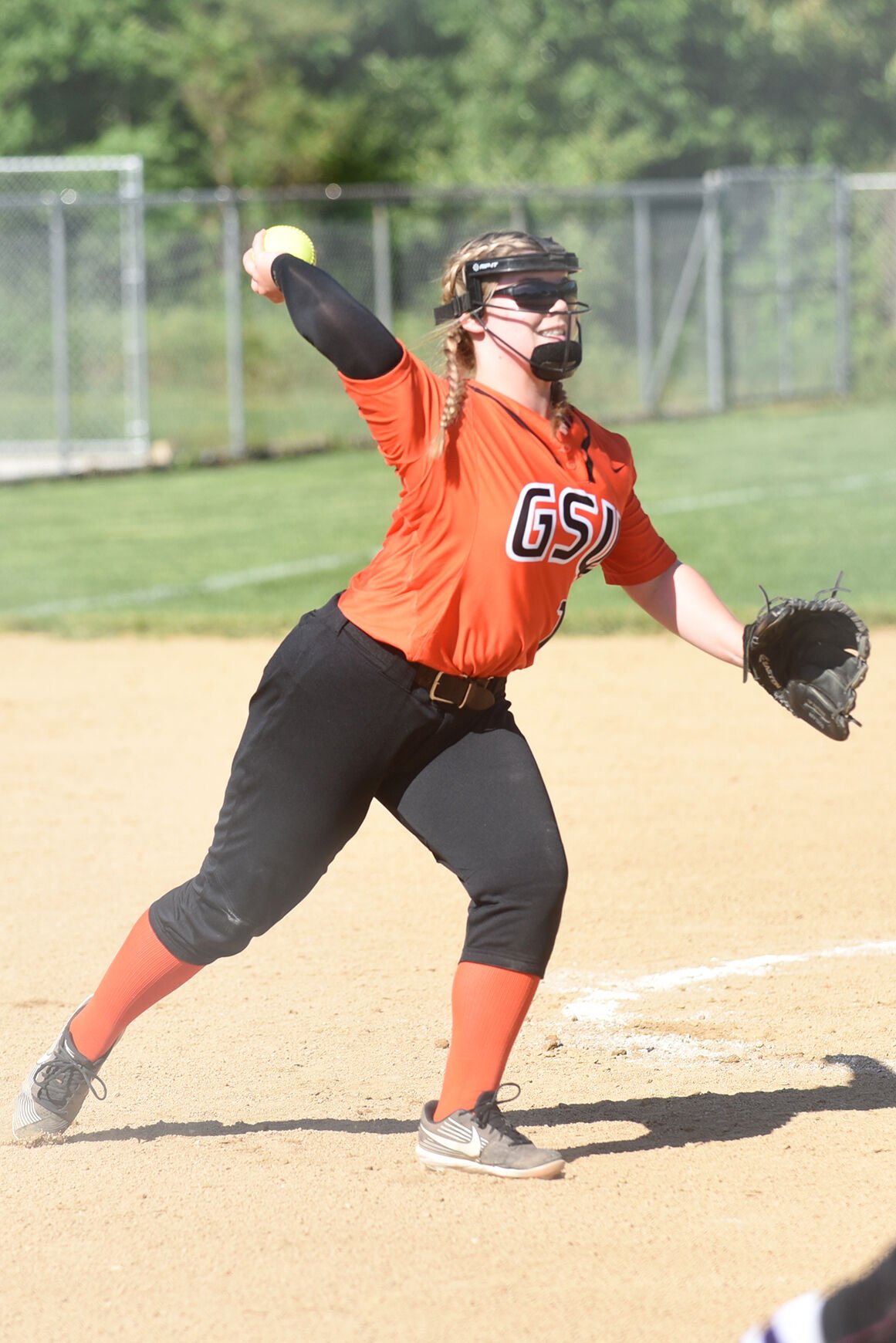 Gardner-South Wilmington’s Jayden Buchanan makes a throw to first base during Wednesday’s game at Wilmington. 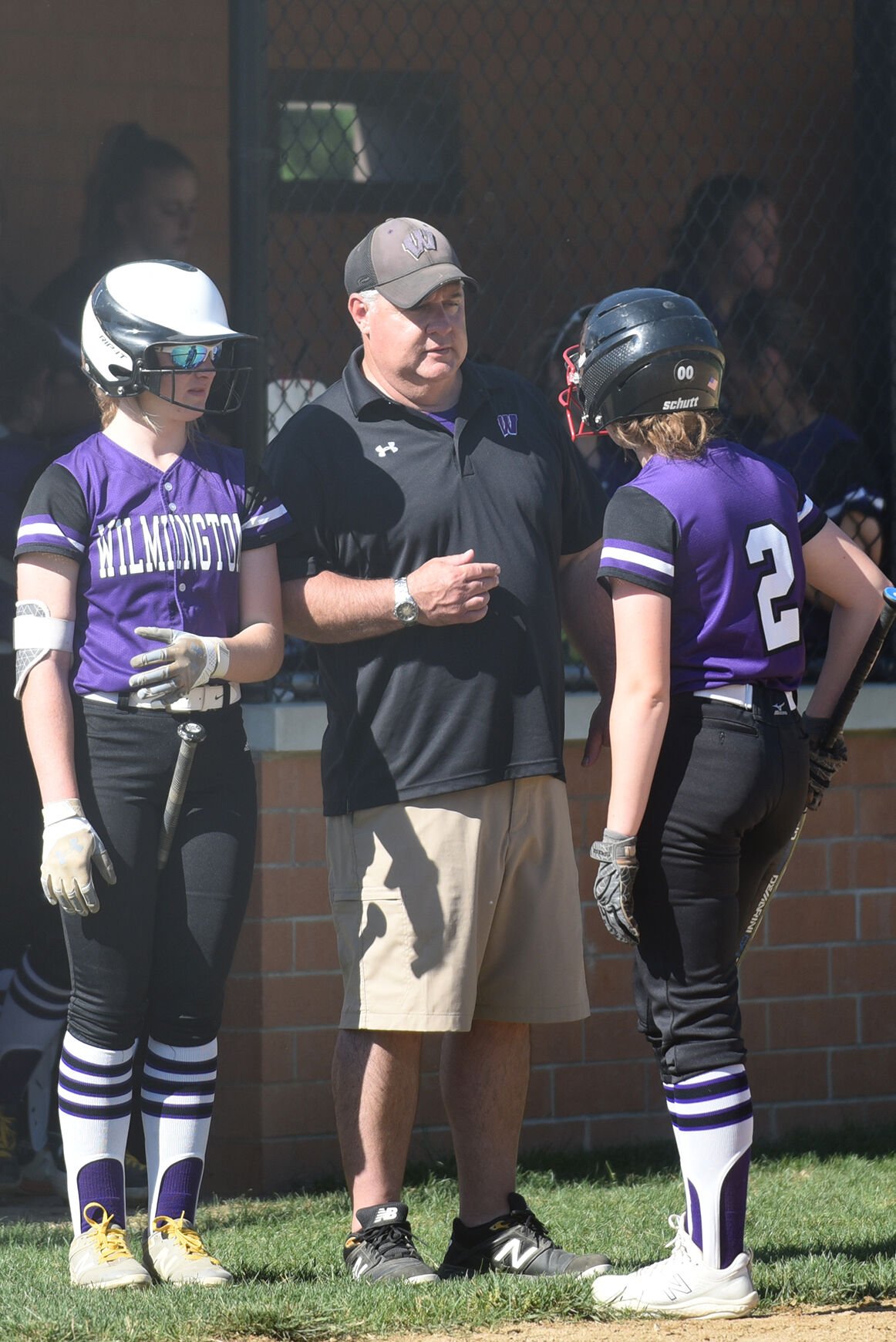 Wilmington’s Tim Mills, left, throws to first base to complete a double play after stepping on second base for a force out during Wednesday’s 13-3 home victory against Gardner-South Wilmington.

Wilmington’s Nolan Rickmon steals second base ahead of a tag from Gardner-South Wilmington’s Dane Halpin during Wednesday’s game at Wilmington.

Gardner-South Wilmington’s Ethan Maxard makes a throw to first base during Wednesday’s game at Wilmington.

Gardner-South Wilmington’s Jayden Buchanan makes a throw to first base during Wednesday’s game at Wilmington.

The last thing a road team wants to do defensively in a baseball game is give the host team extra outs and more opportunities to swing momentum. Gardner-South Wilmington’s baseball team (13-8) found that out the hard way when Wilmington took advantage of three Panthers errors to tally nine unearned runs in Wednesday’s 13-3, six-inning victory.

The Wildcats drew first blood early when Ryan Banas doubled to open the bottom of the first and was driven in a batter later on a two-bagger from Kaden Humphries. After that, they were given extra outs in a five-run third sparked by a three-run Justin Walinski double, as well as a seven-run sixth highlighted by Jake Friddle’s first career grand slam.

“[Wilmington is] a good hitting team, and we can’t give good hitting teams, or any teams for that matter, extra outs,” Panthers coach Alan Wills said. “We did in the two innings they got those 12 runs in.”

The offensive affair was the latest in a five-game winning streak for the Wildcats, all of which have seen them score at least seven runs, as they brought their record to an even 8-8.

“It just seems like lately everyone’s been hitting the ball,” Wildcats coach Mike Bushnell said. “Things have just been coming around for us the past five games.”

The Wildcats got it done at the dish with 13 runs and hits, but senior Tyler Willis made sure to hold it down on the mound. In a six-inning complete game, Willis allowed three runs (two earned) on eight hits and three strikeouts, thanks to a pretty simple approach.

“I just try to throw first-pitch strikes,” Willis said. “It makes it easier.”

With Willis proving to be effective, it gave the evening off for the Wildcats’ junior aces, Mills and Humphries, who each picked up a pair of wins in their past two outings. Bushnell said as the team prepares for the postseason that begins next week, they’re excited to see what their young staff can do.

“We’re excited to see these junior pitchers and see what they can do for us,” Bushnell said. “Those will be our horses, and we’re [going to] ride them the way we have for the past five games, besides Willis in this one.”

With the offense coming around quickly, Friddle said the team is ready for that playoff push.

“I think it’s pretty exciting because we’re all putting it together,” Friddle said. “It’s all starting to click.”

By the time the Wildcats baseball team scored their second run of the game in the third inning, the softball team already had put up double-digit runs against the Panthers in their 16-0 victory that ended in four innings.

After Jessica Castle tossed a scoreless first for Wilmington, Abby Pitts put them up 1-0 just one pitch into the bottom of the first with a deep home run to left field.

“Usually what I do is try to get deep in the count and work the count, but the ball was right where I wanted it,” Pitts said. “So, I drove it out.”

Wilmington coach Jack Skole said after the team got off to a 1-6 start, he challenged them to have a winning percentage of .500 or better before the end of the regular season next week. After letting one slip away 2-0 to Peotone Tuesday, the Wildcats are on track to reach their goal, as they now sit at 9-8 with two games left in the regular season.

“We let one slip away Tuesday, our worst game we played since the first game of the year, but I’m glad it happened because Peotone showed us they wouldn’t lay down after we beat them Monday ...” Skole said. “They took that and learned from it and were more focused at the plate.”

The Wildcats are finding their stride after a delayed volleyball season didn’t allow the team to all be together until its first game of the season. The Panthers (6-9) were in a similar boat, but as the coach of a group of girls who have gone through basketball and volleyball seasons without a postseason, Panthers coach Cassi Bexson said she knows how ready for the postseason everyone is.

“It’s their first sense of being normal,” Bexson said. “All my girls are multi-sport athletes and played volleyball and basketball, so now that we have that postseason, there’s a lot of excitement.”

Manteno's baseball team made school history Tuesday and the softball team had a big rally to end a tough skid.

Central improved to 14-0 on the season while also clinching the Sangamon Valley Conference crown with a 15-0 victory over Cissna Park.

The BBCHS freshmen baseball and softball teams held a Skills Day for members of the ACBA Champions League over the weekend.