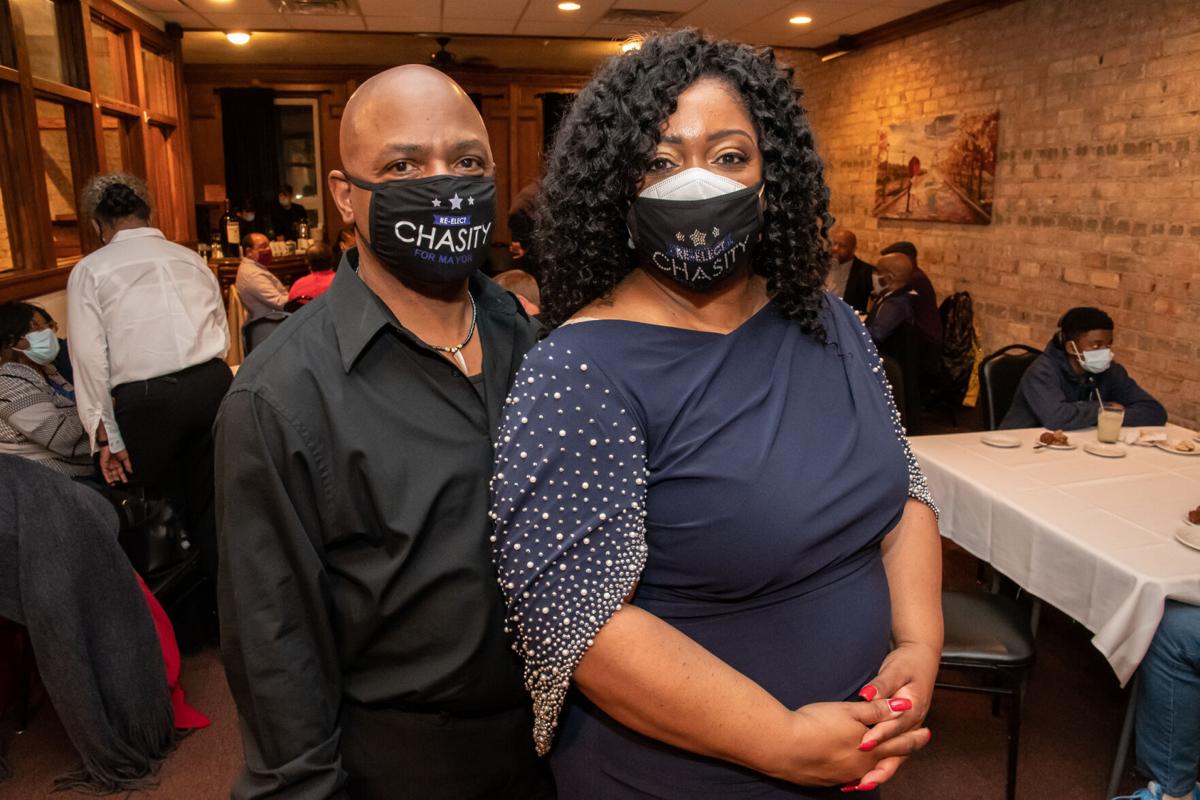 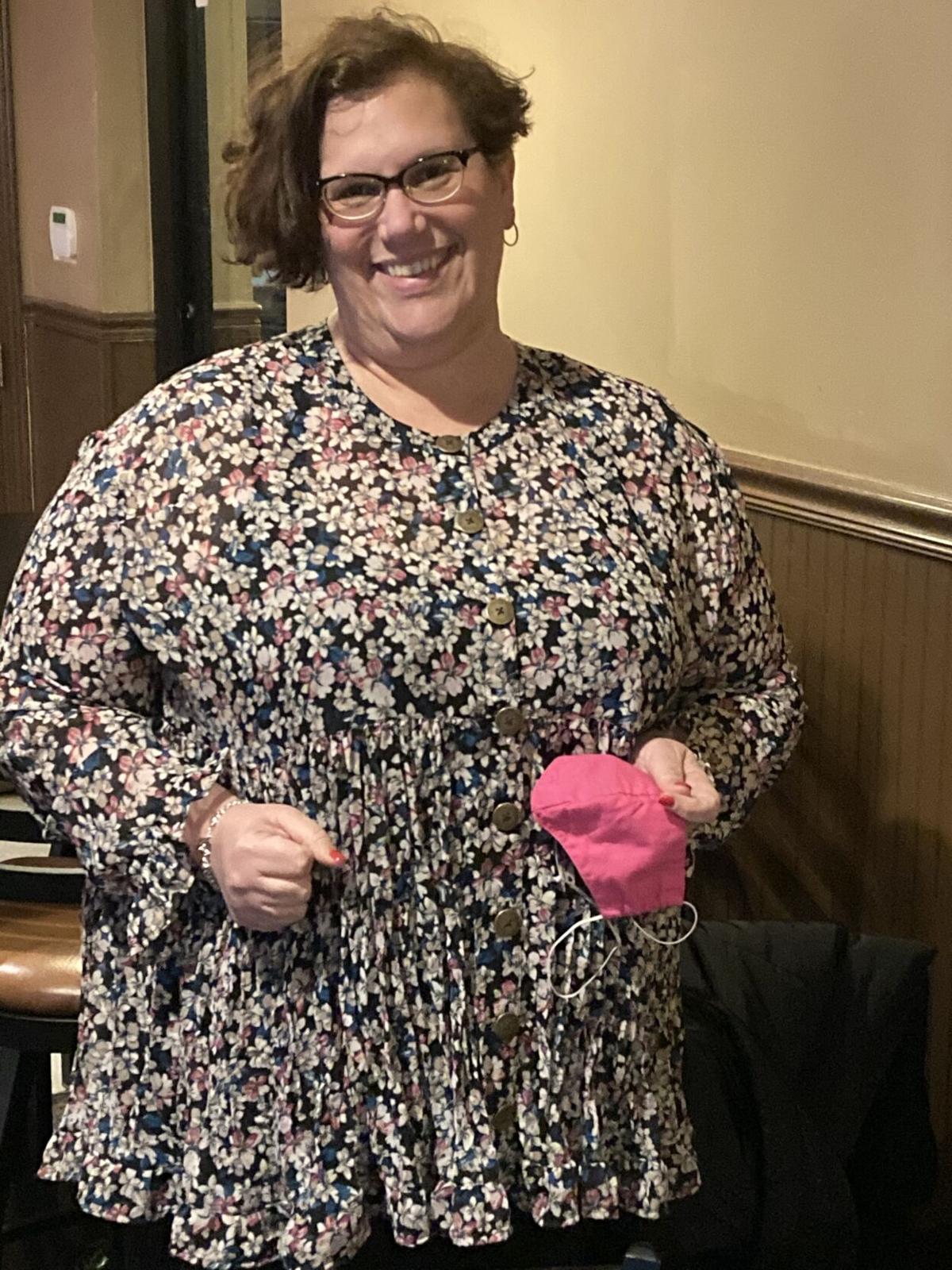 Democratic primary challenger Angela Shea said she was disappointed that she lost to Mayor Chasity Wells-Armstrong but was proud of what she accomplished.

Democratic primary challenger Angela Shea said she was disappointed that she lost to Mayor Chasity Wells-Armstrong but was proud of what she accomplished.

KANKAKEE — Kankakee Mayor Chasity Wells-Armstrong held off challenger Angela Shea in Tuesday’s Democratic primary, winning by 320 votes in what had turned into a very competitive campaign.

Wells-Armstrong garnered 1,097 votes to 777 for Shea, a current Kankakee School District 111 board member. Wells-Armstrong will face Chris Curtis, who won the Republican primary over J.J. Hollis by an 83 percent margin, in the April 6 consolidated municipal election.

Gathered with supporters at Rigo’s Place in downtown Kankakee after votes were tallied, Wells-Armstrong said she “very proud that we ran a very positive and professional campaign.”

When asked about differences between this primary and her primary win in 2017, Wells-Armstrong pointed to increased engagement.

“We definitely had more engagement which is always my goal — to make sure that more people in the community are aware of what’s going on and that they have a part in that,” she said. “The team is doing great, and they’re all very positive and we’re ready for the next step.”

Shea gathered with family and friends at Burgers & Beer Bar and Grill after learning of her defeat in the race. She said she was hoping to be there to celebrate a victory, but said she wasn’t disappointed in the outcome.

“I’m actually proud of what I accomplished, raising a tenth of the money that my opponent did,” Shea said. “Coming in at the last minute — in August when I started working on this — it’s literally been a rag-tag kind of Friends of Angela Shea. My money came from $50 here, a $100 there, not thousands of dollars from people with big-city contracts.”

Shea, who works for Cigna, said the primary loss likely puts an end to her political career. Her tenure on the school board ends after the April election.

“The people have spoken,” she said. “I’m done. As [my son, Alex] said I had a very nice life before I tried to get in there and help out, and I will go back to it. I’ve got a lot of books waiting for me. I’m an empty-nester. I want to remodel my house, so [husband] Kevin, and I can do whatever we want. Watch movies.”

During the campaign, Shea alleged violations of the city’s municipal ethics, regarding Wells-Armstrong’s political donations from individuals and businesses which have contracts with the city. The Kankakee City Council defeated a measure seeking an independent investigation into the allegation by an 8-6 vote during a special meeting on Feb. 17.

“People were upset when I brought up the campaign contributions, and they felt that was an attack on her,” Shea said.

Campaign flyers mailed by and paid for by Citizens for Responsible Leadership compared Shea to former President Donald Trump, claiming Shea had voted Republican in several past elections. Shea said she didn’t know if the negative ads had an impact on the election.

“The feedback that I got was a lot of people were very disappointed in that,” Shea said. “I suppose it could’ve hurt me. Ultimately, it really doesn’t matter. It’s not like I need to change anything. I’m going to be very happy to clean my house and start a book club tomorrow.”

Stories covering the city of Kankakee primary election on Feb. 23, 2021.

Johnson, 43, a Kankakee resident for 10 years, will be holding her first elected office as she won the first political race she ever entered.

It was punch and counter-punch for much of Thursday's mayoral debate between Mayor Chasity Wells-Armstrong and challenger Chris Curtis.