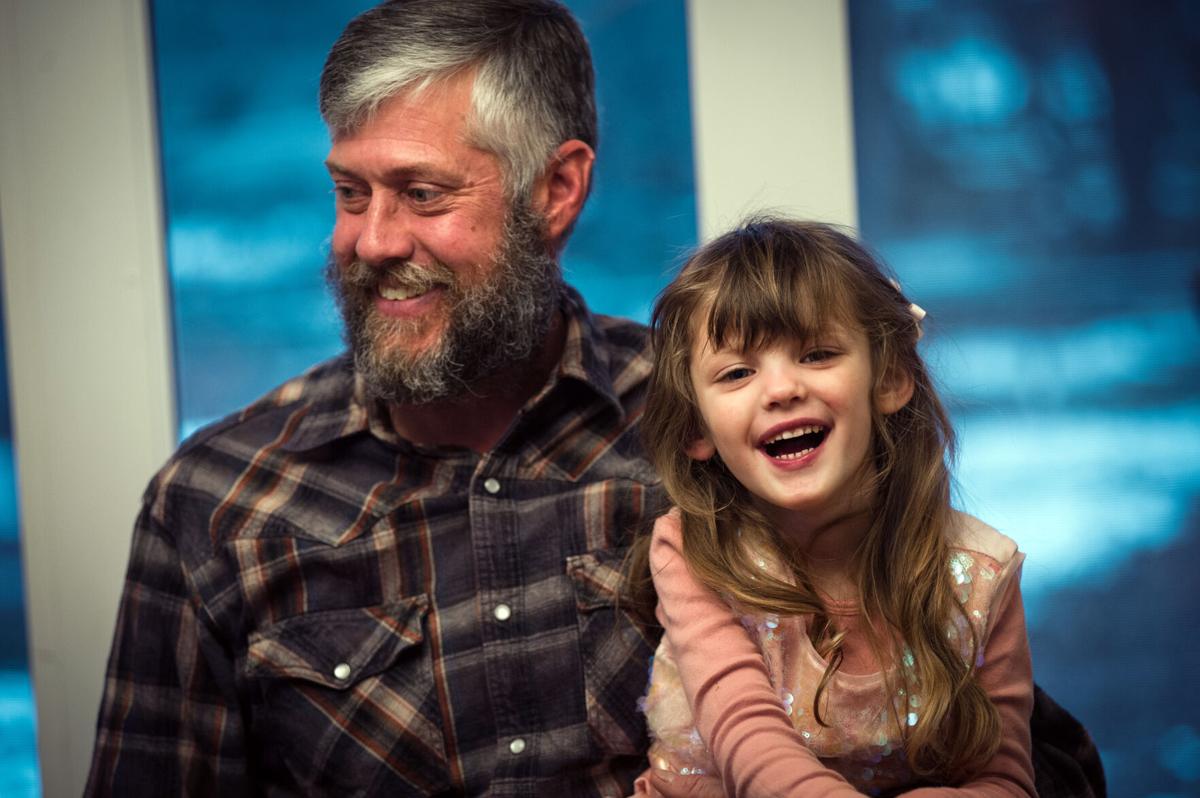 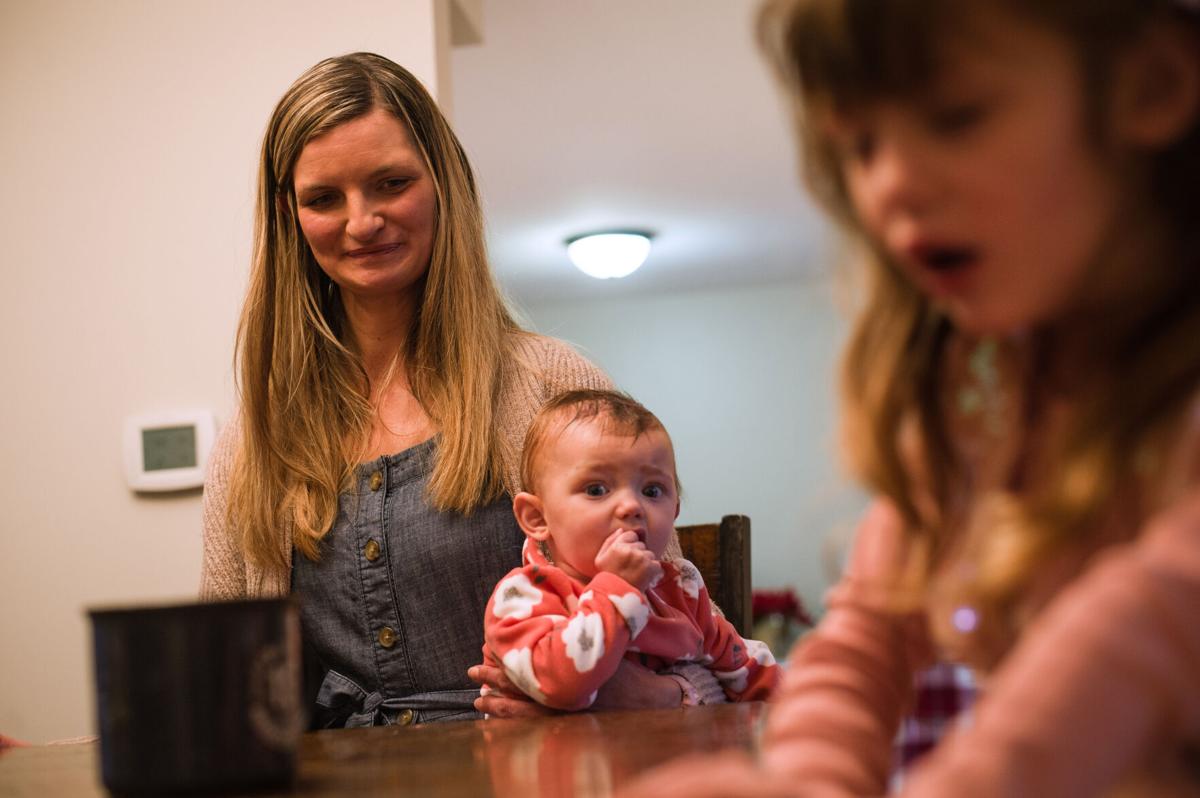 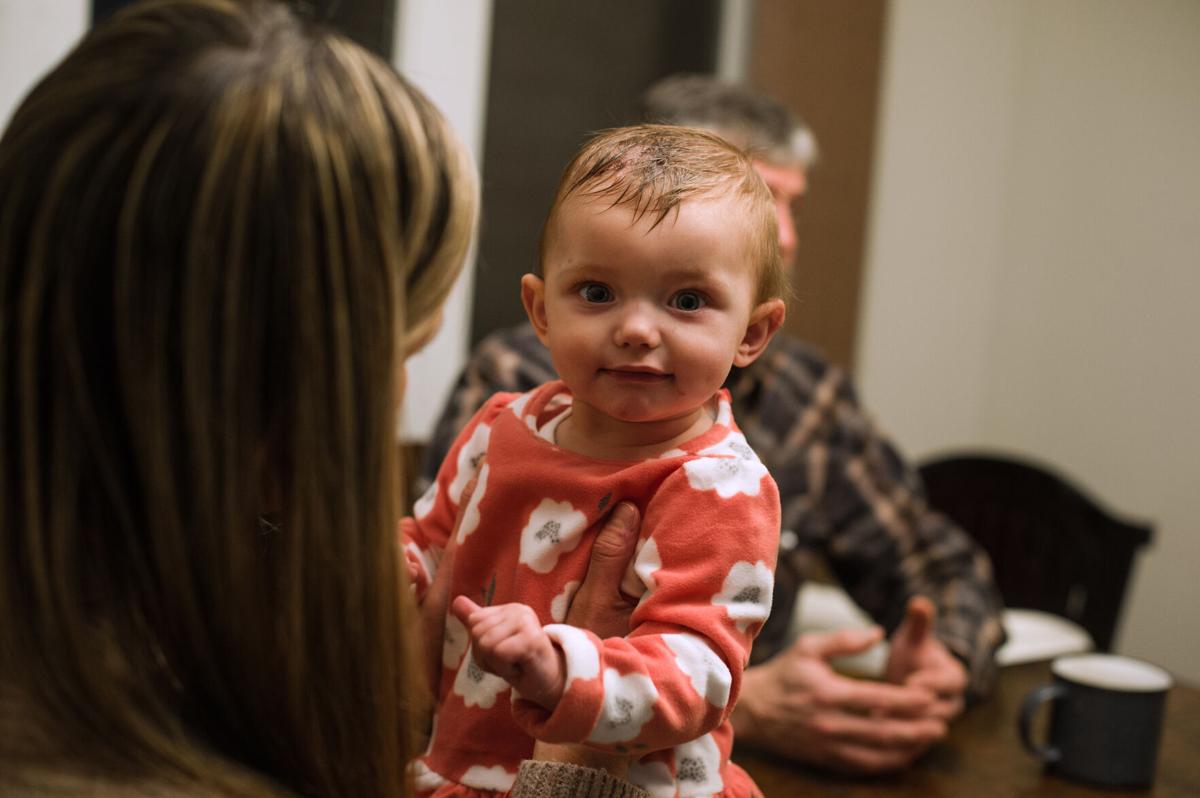 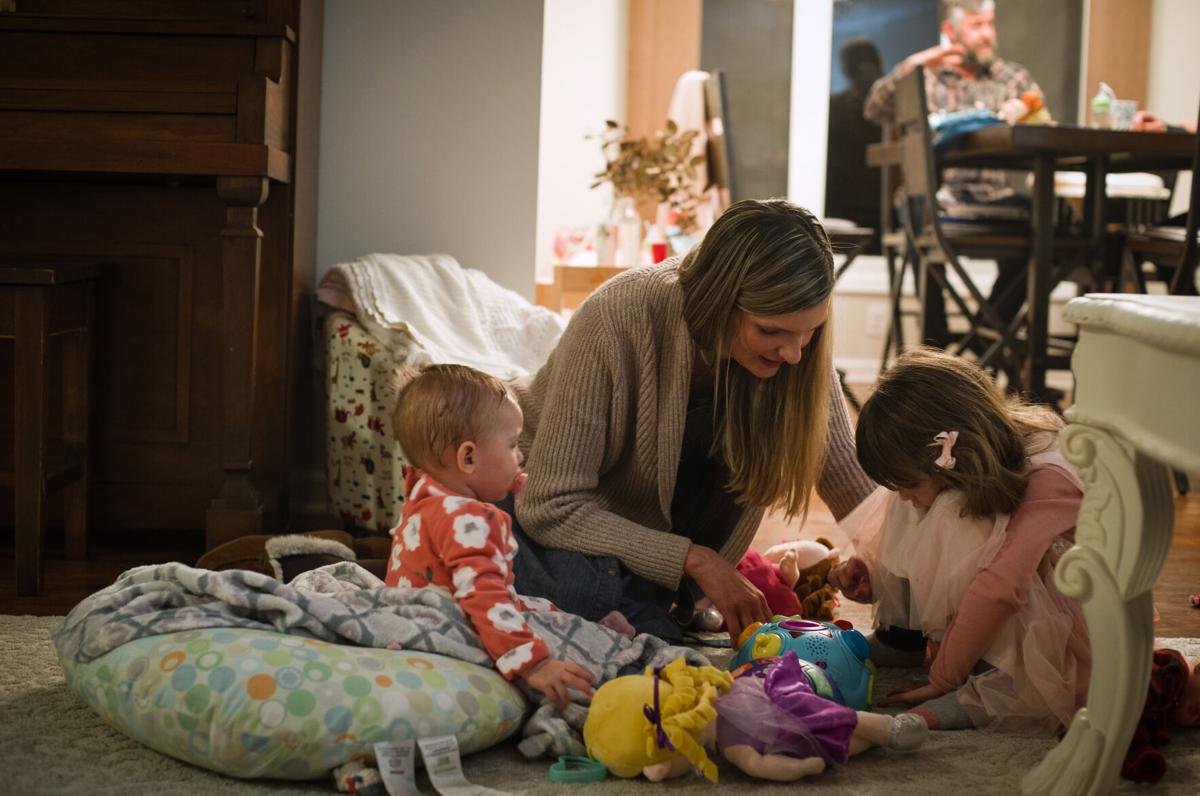 While some fathers may recoil at such playtime, Adam could not be happier.

On this Sunday afternoon, Adam and his wife, Amanda, 33, a nurse at the Illinois Veterans Home in Manteno, are busy as parents would be raising two daughters, Annabelle, 4, and Abigail, 10 months.

But the household events of play, snacks, story time and naps are far from the only things consuming the thoughts and energies of Adam and Amanda.

The Beedle house has been one filled with great emotional pain and discomfort these past weeks and months. The Beedles’ daughters were both recently diagnosed with an illness more commonly known as the extremely rare Batten’s disease, which is an inherited disorder of the central nervous system known as neuronal ceroid lipfusinoses or NCLs.

Basically, Batten’s is a terminal disease of the nervous system, a brain degenerative disease. No cure exists. Annabelle’s cells lack the needed enzyme which breaks down lipids and proteins.

The failure to break down these structures leaves them to pile up and slowly cause the destruction of her brain cells.

It is estimated by the National Institute of Neurological Disorders that 2 to 4 out of every 100,000 U.S. children are affected by Batten’s disease.

The St. Anne parents learned on Dec. 7 through testing at Lurie Children’s Hospital in Chicago that Annabelle — who had been suffering from seizures dating back to November 2019 — has the rare illness. Because it is a genetic disorder, the parents had Abigail tested as well. On Dec. 28, they learned she also has the disorder.

There are 14 variations of the NCL. Of these variations, Annabelle has CLS2. Of the CLS family of disorders, CLS2 is the only one with any treatment options, this being an enzyme replacement therapy known as Brineura, which can slow the progression of the disease. The treatment program is administered every two weeks and is basically a day-long process at Lurie Children’s.

Through a port, these enzymes are injected into the child’s cerebral spinal fluid of her brain. This process will take place very two weeks for the rest of their children’s lives. One week Annabelle will receive the therapy and the following week, Abagail will receive the therapy. In other words, the family literally and figuratively has many miles to travel.

Annabelle received her first injection Dec. 16. Abigail will receive her first on Wednesday.

Adam and Amanda say that Annabelle is the first with this illness ever diagnosed at Lurie Children’s and Abigail will the youngest patient in the United States to receive the replacement enzymes treatment program, only approved by the U.S. Food & Drug Administration in April 2017.

“It’s been a whirlwind,” Amanda acknowledged. “It’s hard. We’ve had our moments. We take it a day at a time. We’ve had good and bad days, but we still are a family. It just might not last as long as we had thought, but our job is the same. We are here to raise them and give them the best life we can.”

And, she said, despite it all, the girls continue to bring smiles to the house.

“This can really beat you down. That’s not a question,” she said. “But we all have a choice as to how we wake up to face each day. We still have joy for the day.”

And, they have family and friends. To date a GoFundMe account, called “The Beedle Family Fund,” established by a friend has generated $26,316 as of Monday night. The goal was $25,000.

The money will obviously be used for some medical expenses, but also for travel, food and likely lodging for the many impending treatments.

Amanda at first thought Annabelle had childhood epilepsy, which can be managed by medication. The medication seemingly worked, for at least several months.

They attempted to manage the illness in that regard, but by September 2020, the seizures became more and more difficult to manage and other symptoms — such as delayed and loss of skills previously acquired, including speech — began presenting themselves. They traveled to Chicago seeking answers.

On Dec. 7, they unfortunately found it.

Amanda described the phone call from doctors at Lurie as the call which changed their lives.

“I knew we were standing on the edge of something very deep. I don’t know if it’s the nurse in me or what, but I knew. She had responded to the seizure meds so well. Things went back to normal, until it wasn’t,” she said.

As the illness progresses, children may develop one or more symptoms including personality and behavior changes, clumsiness, learning difficulties, poor concentration and several others. Eventually, blindness and the ability to walk are lost.

Life spans are also greatly impacted for those diagnosed as children. The parents know it is possible neither daughter will live to be 20.

Those thoughts, however, are for another day, another time. Right now the focus is on the two little girls with big smiles and sticky fingers.

“We are striving to provide these two precious girls with a wonderful childhood ... Every day and every moment are so precious,” Amanda said.

But still, it is hard not to look back.

“Everything had progressed so perfectly,” Amanda said. “Looking back it’s so hard to believe. It hard to believe such chaos and disfunction are going on.”

What is Batten disease?

Batten disease is the common name for a broad class of rare, fatal, inherited disorders of the nervous system also known as neuronal ceroid lipofuscinoses, or NCLs.

In these diseases, a defect in a specific gene triggers a cascade of problems that interferes with a cell’s ability to recycle certain molecules. Children with all forms of Batten disease have a greatly shortened life expectancy.

"We are striving to provide these two precious girls with a wonderful childhood ... Every day and every moment are so precious."