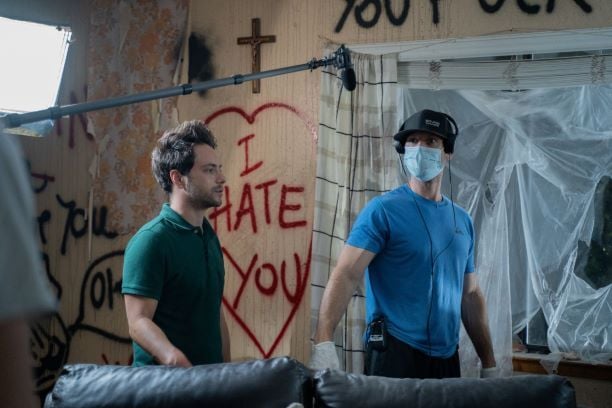 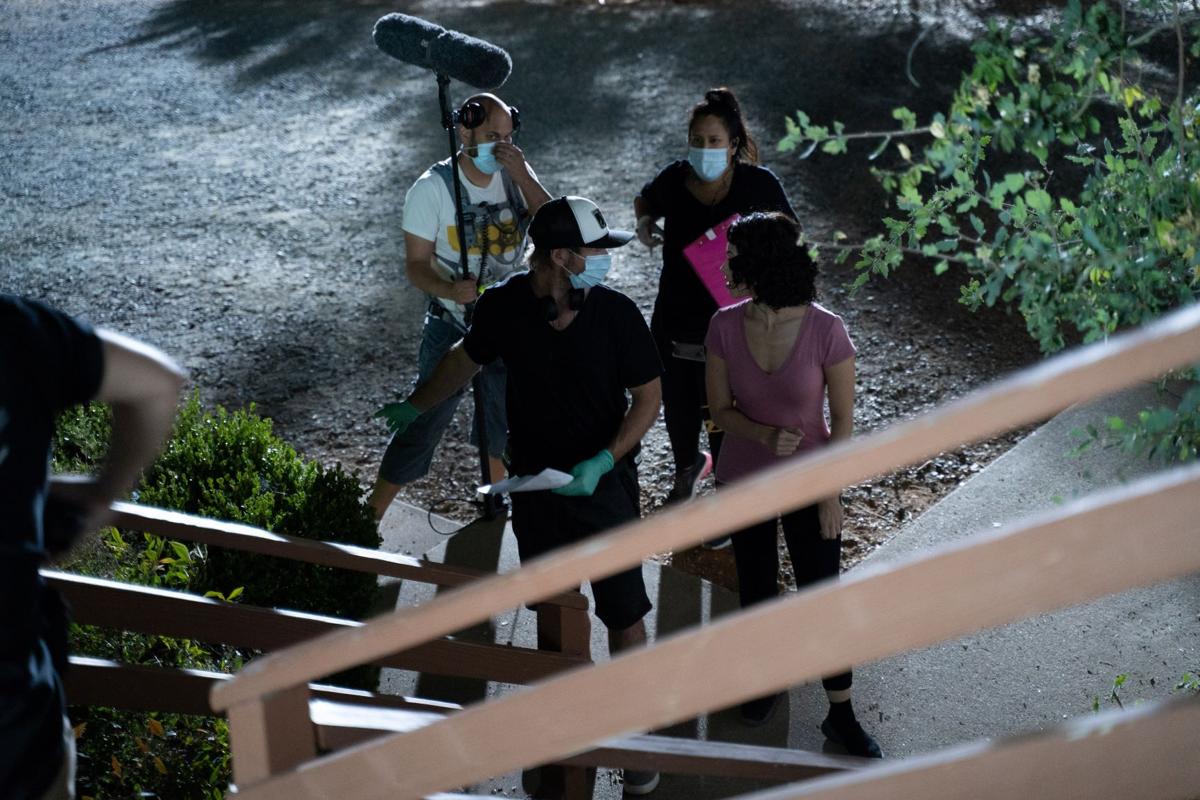 Watseka-native Justin LaReau, center, directs "Lantern's Lane" about an urban legend near his hometown. He was one of the first filmmakers to navigate production during the pandemic. 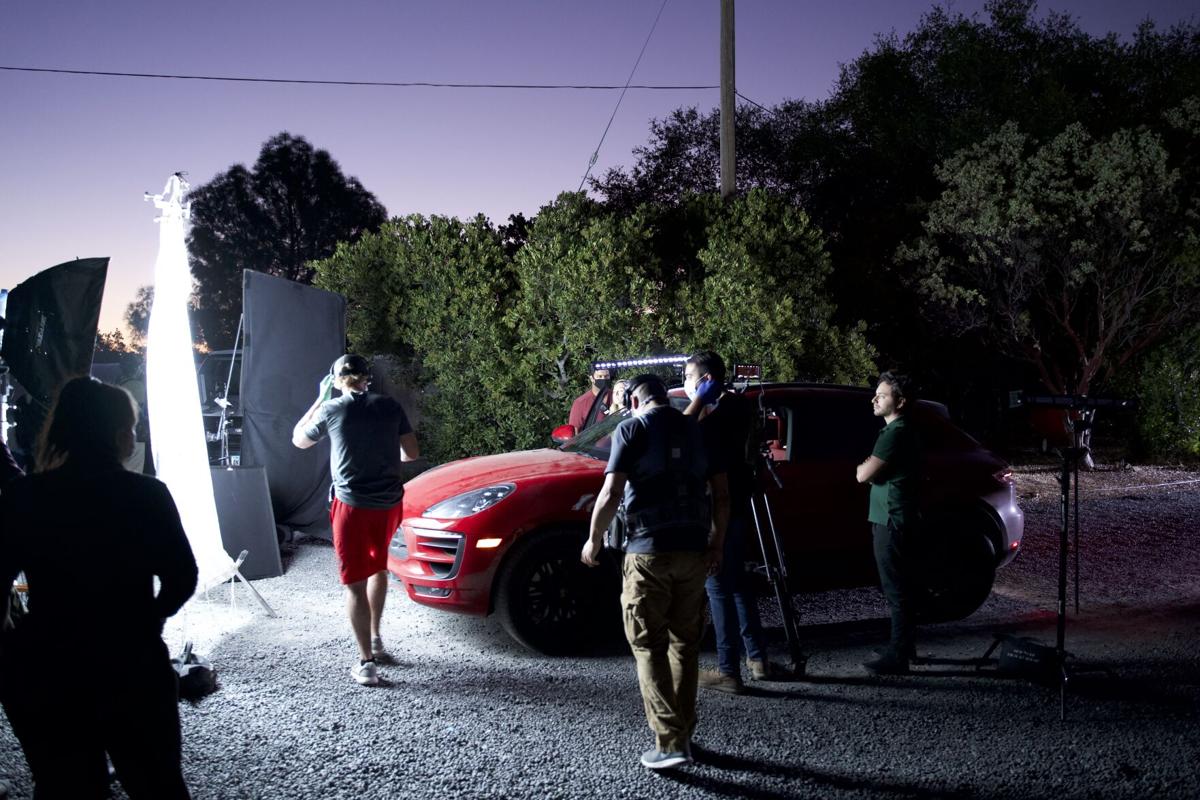 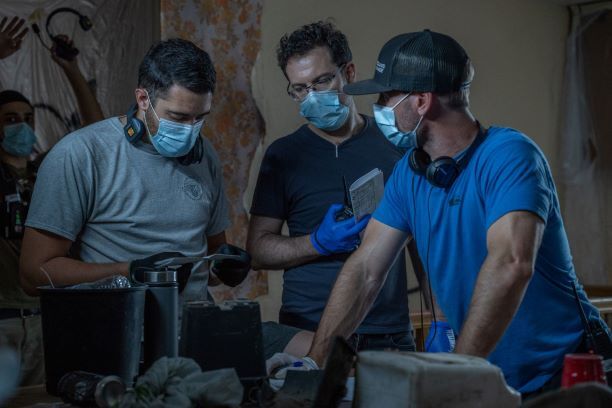 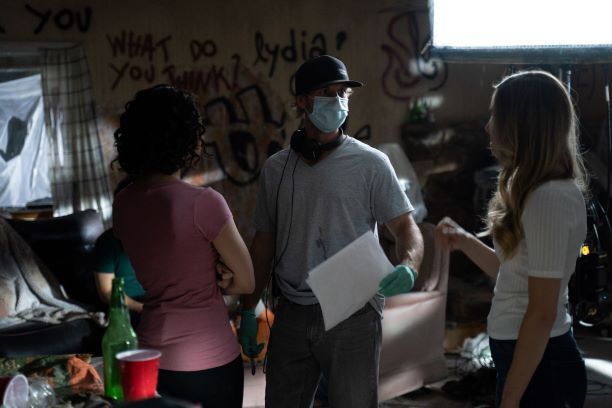 Watseka-native Justin LaReau, center, directs "Lantern's Lane" about an urban legend near his hometown. He was one of the first filmmakers to navigate production during the pandemic.

One of the first filmmakers to navigate production during the COVID-19 pandemic was Watseka-native Justin LaReau, who has now added “Lantern’s Lane,” a horror film based on an urban legend near his hometown, to his writing and directing catalogue.

The former Kankakee area teacher and coach is currently in post-production after wrapping up “Lantern’s Lane” in late August and hopes to release the film in spring 2021.

“We hope it does play off of people’s traditional fears,” LaReau said of the film’s plot. “Most people, if you’re out in the middle of nowhere stranded and there was an intruder, there would be fear, essentially, and with the fear of claustrophobia and not being able to find a way to safety, most people would be at the edge of their seats.”

While he is an experienced filmmaker at this point in his career, with credits “No Alternative” and “A Demon Within” under his belt, his experience making “Lantern’s Lane” was unlike any other project he has worked on.

He originally planned to start shooting in May, but like everything else, film production was complicated by the COVID-19 pandemic.

LaReau and producing partner Lydia Cedrone paused to figure out the safety protocols they would need to put in place to get authorization from the appropriate agencies before they were finally able to start filming in late July.

“Ultimately, we were one of the first few movies that were allowed to go out and shoot,” he said. “We felt that was important with this film; we wanted to be one of the first to conquer the COVID era of filming.”

(Others shooting during this time included James Cameron’s “Avatar 2” and Michael Bay’s “Songbird.”)

LeReau wrote the screenplay based on an Illinois urban legend.

When driving toward Danville from Watseka, there’s a place out in the middle of the country known as Lantern’s Lane, where an old woman from the late 1800s is said to have been murdered when she went out looking for her husband.

According to the legend, you can still see the woman’s ghost and the ember from her lantern roaming the property.

“Knowing that [legend] and being there when I was a kid is what generated the idea originally,” LaReau said. “Then, from there, I’m putting twists on it. It’s more of a slasher film where this group of individuals reunite after college and decide to go out where they went as kids…

“Ultimately, they find that there is an invader out there, and they’ve got to try to decide how they are going to survive the night. They have no way to escape off the property, and they find themselves having to go into this abandoned place, lock themselves in and try to avoid the wrath of whoever is outside.”

This wasn’t the first time LaReau took inspiration from where he grew up.

In 2014, two years after he moved to Los Angeles to study film, LaReau returned to Watseka and used Iroquois County cornfields as a backdrop for the possession horror film “The Wicked.”

It was his first experience directing, and he said he got lots of support from the community and even cast some locals as extras.

Production During a Pandemic

LaReau got started with auditions and crew hires via Zoom.

His production company, Tidal Wave Entertainment, had several film concepts to work with, but he pushed “Lantern’s Lane” up in the rotation because its setting made for an easily containable film set.

He compared the film’s consistency to the 2008 psychological slasher “The Strangers” starring Liv Tyler, taking place in a remote, cabin-in-the-woods type setting, with only about four actors on set at a time.

Instead of filming “Lantern’s Lane” in Los Angeles, where LaReau lives and where his company is based, he searched many other areas and states and settled on a filming location near Yosemite in Northern California, which had only two COVID-19 cases in the county at the time.

“The story, luckily, is based on a place that is in Illinois, so we were able to find landscapes that had the same setting up in this area,” he said. “This way we were able to close off everyone from the outside world to minimize the risk as much as possible.”

He cut down his production crew in half, so no more than about 30 total people, including cast and crew, worked on set at a given time. Foot traffic on set had to be going in a specific direction so no one would cross paths.

As “Lantern’s Lane” takes place at night, it was shot between the hours of 7 p.m. to 7 a.m. So, the crew spent days sleeping in their hotel rooms, secluded from the outside community.

The crew also underwent exhaustive COVID-19 testing; everyone was tested before they arrived, tested again every other day and temperature checked twice per day.

Everyone was gloved and masked during the entire shoot; only the actors could remove them when it was time to start filming.

“It is definitely new to the world, whether you’ve worked in film for 25 years like my partner has, or if it was somebody who is on their first film set,” he said of the COVID-19 precautions. “It’s a complete new experience that doesn’t seem like it’s going away any time soon.”

LaReau’s journey to becoming a filmmaker wasn’t typical. He played sports when he was younger and came from a sports loving family, so he gravitated toward coaching.

But filmmaking was always a calling.

He earned a master’s degree in producing from the New York Film Academy in Los Angeles. Before starting Tidal Wave Entertainment, LaReau served stints at Langley Park Pictures and worked in accounting on the StudioCanal/Warner Bros. release “We Are Your Friends” starring Zac Efron and Wes Bentley.

Whether or not it will play in theaters is still up in the air due to COVID-19 restrictions. If not, LaReau will likely look for a deal to place the movie on a streaming platform.

Because no filming took place worldwide between mid March and mid July, there will likely be a lack of content coming out in spring, he said.

Films coming out now were all shot pre-COVID.

“We feel we’re gonna be one of the first films, if not the first film, that will be released that was shot after the COVID thing hit,” he said.