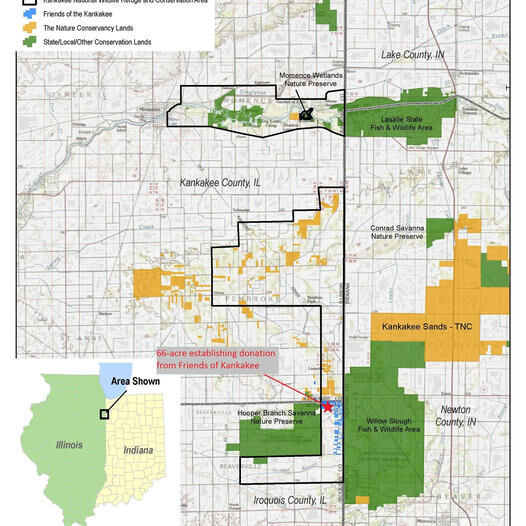 The proposed Kankakee National Wildlife Refuge and Conservation Area consists of two separate parcels of land outlined above. It includes both sides of the Kankakee River from Momence east to the state line and a large portion of Pembroke Township. 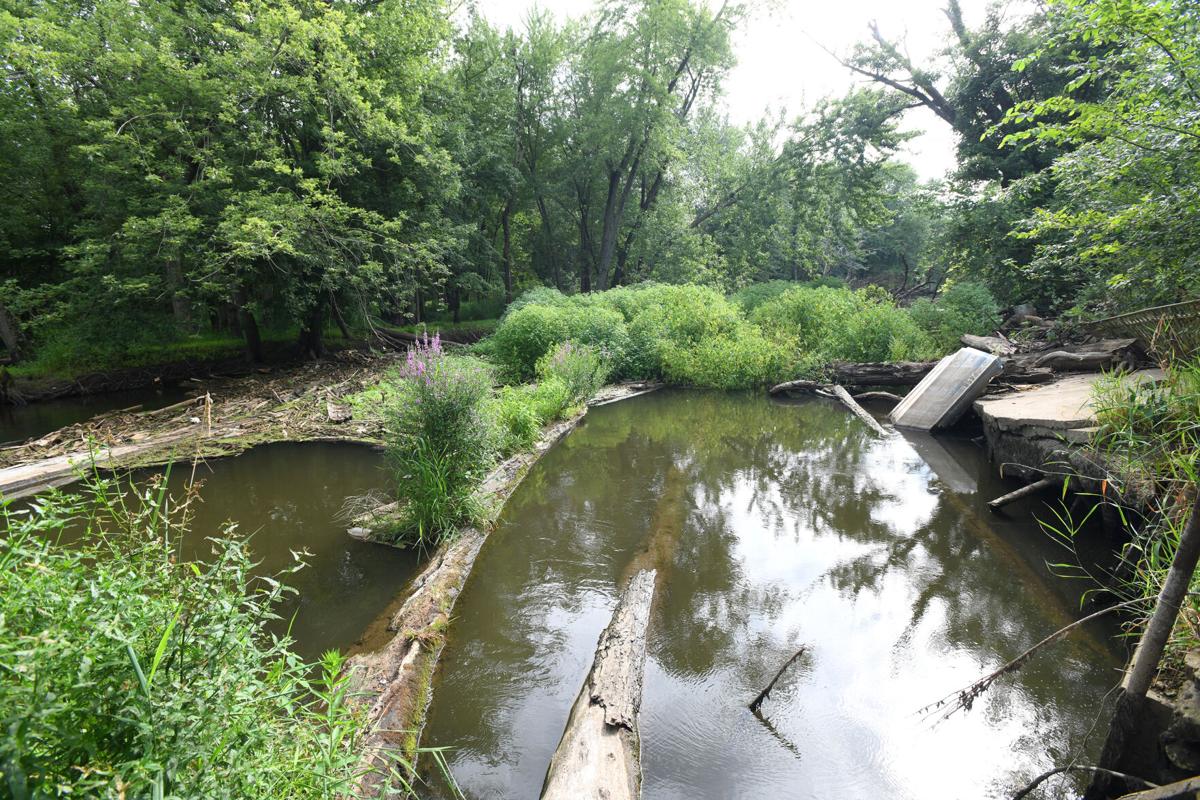 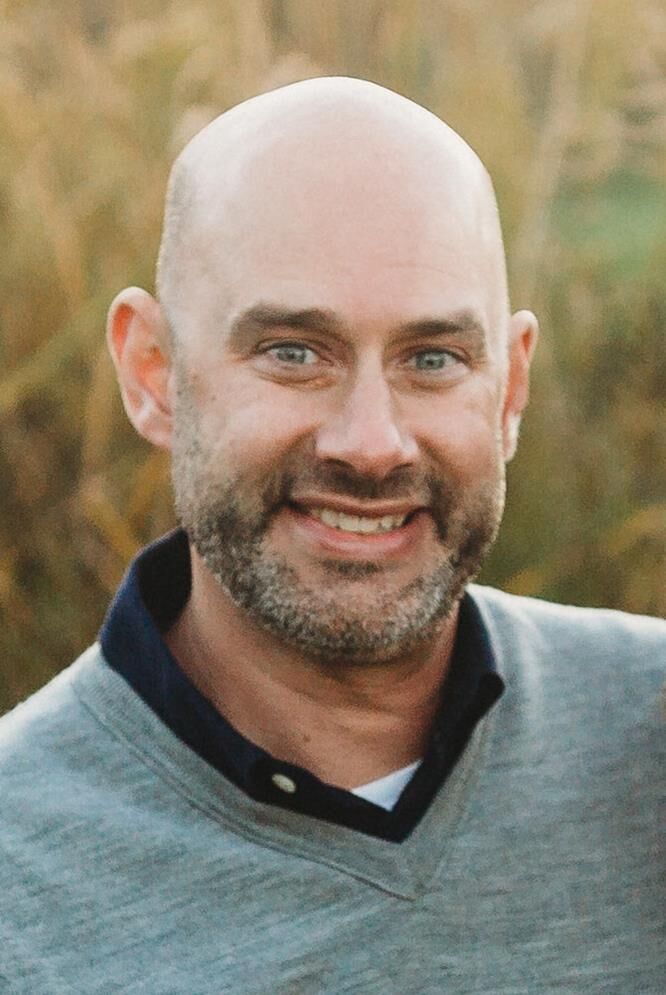 The proposed Kankakee National Wildlife Refuge and Conservation Area consists of two separate parcels of land outlined above. It includes both sides of the Kankakee River from Momence east to the state line and a large portion of Pembroke Township.

KANKAKEE — The Kankakee County Board unanimously passed a resolution at its meeting Tuesday to oppose the establishment of the Kankakee National Wildlife Refuge and Conservation Area being proposed by the U.S. Fish and Wildlife Service. The refuge would cover approximately 28 square miles, including areas on both sides of the Kankakee River from Momence east to the Indiana state line and a significant portion of Pembroke Township and the village of Hopkins Park.

Of that total, nearly $800,000 goes to the Momence School District.

The Pembroke portion of the refuge focus area includes roughly 40% of Pembroke Township which would also cause a tremendous loss of tax base, said Chad Miller, county board member and Kankakee County Farm Bureau manager.

Miller said all county residents should be concerned because this will severely disrupt the tax base for the entire county.

“It will also disrupt the established drainage,” he said. “The Kankakee River Watershed extends farther than the waters of Kankakee County. ... That entire Kankakee River Watershed in that area [east of Momence to state line] will cease to drain as it has been established currently. That’ll impact residential areas [and] farmland areas. It’ll further drag down property values and make land unfarmable.”

County Board Chairman Andy Wheeler added, “When you look at this land protection plan, I don’t say it’s thrown together but it is kind of half-baked.”

Wheeler agreed that the size of the refuge area would take a large amount of land off the tax rolls and have an impact for county residents.

“There’s a cost for this,” he said. “The feds aren’t paying for this. Taxpayers are in this county, or they lose what those taxes pay for.”

The U.S. Fish and Wildlife Service is holding open houses where residents can give their input. The next meeting is set for 3:30 to 7 p.m. today at Island Park, 79 Mill St. in Momence. It follows an open house held Tuesday in Pembroke Township.

The initial proposal of the refuge area goes back three decades. Many local agencies — including the county and the Farm Bureau — opposed the project when first proposed in 1996.

The service decided in 2001 to focus on projects in other states, but then it returned to the Kankakee area in 2015 and began working on the refuge again. The county board voted 20-0 in 2016 to reaffirm its opposition to the refuge, and U.S. Rep. Robin Kelly, D-Matteson, issued a letter opposing the plan at that time.

In 2017, the City of Momence passed a resolution opposing the refuge, and Kankakee County Farm Bureau submitted a petition with more than 1,400 signatures in opposition as well. In 2018, then State Sens. Toi Hutchinson and Lindsay Parkhurst issued letters opposing the project.

Wheeler also said the U.S. Fish & Wildlife Service needs to do another environmental study to assess the impact of sedimentation before it even starts moving forward on the refuge.

“There have been changes in populations, residential areas, agricultural practices, land use and all that,” he said. “It needs an environmental assessment that is relative today. The Land Protection Plan just released is a question mark. Are we getting infrastructure into the area that supports community growth and economic development?”

The proposed refuge area includes 2.9 percent of Kankakee County farmland, and Wheeler said the county could lose $43.6 million in economic output from agriculture annually. It also translates into loss of 124 jobs in the community, he said.

“There’s no way any economic development or tourism related to a refuge could make up for that annual loss,” Wheeler said. “There’s just absolutely no way. There’s not enough draw for people to come in and sit and watch what is arguably some of the most beautiful land around.”

Miller said it’s unknown when the Wildlife Refuge and Conservation Plan would be established.

“And I’ve said it before, it’s a noble cause to provide habitat for wildlife,” he said. “However, when you start to realize what’s happened to the community, you start to understand some of their concerns that are out there.”

The U.S. Fish and Wildlife Service is holding open houses where residents can give their input on the proposed refuge project.

The next meeting is set for 3:30 to 7 p.m. today at Island Park, 79 Mill St. in Momence. It follows an open house held Tuesday in Pembroke Township.

The Kankakee Valley Park Board OK’d a $3.25 million bond issue at Monday’s commissioners meeting at the Bird Park Administration building.