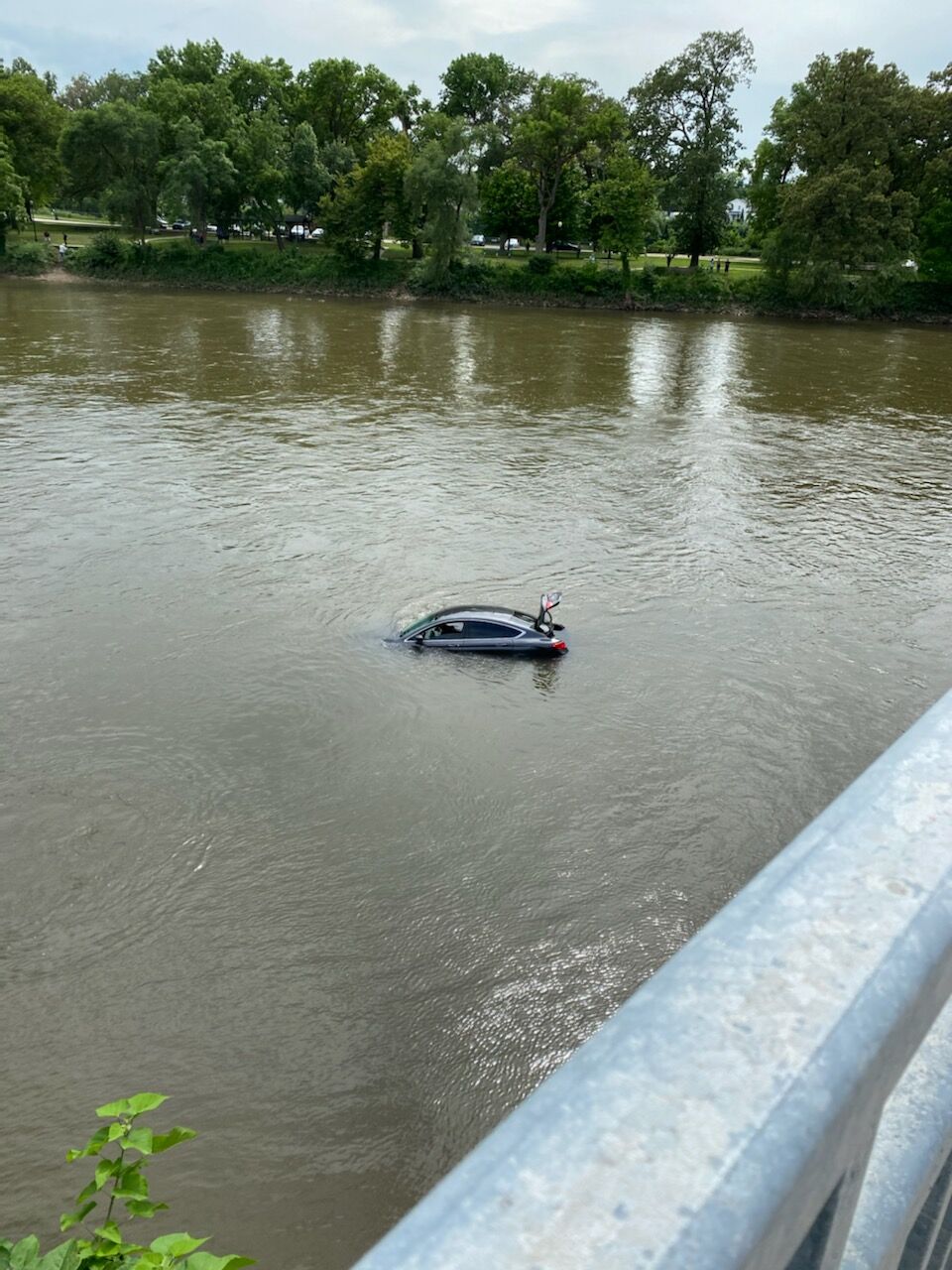 This car went into the Kankakee River south of West Station Street Thursday afternoon. Kankakee Police said witnesses saw the occupants push it in. It was secured and pulled out near Court Street and Kennedy Drive. READ MORE. 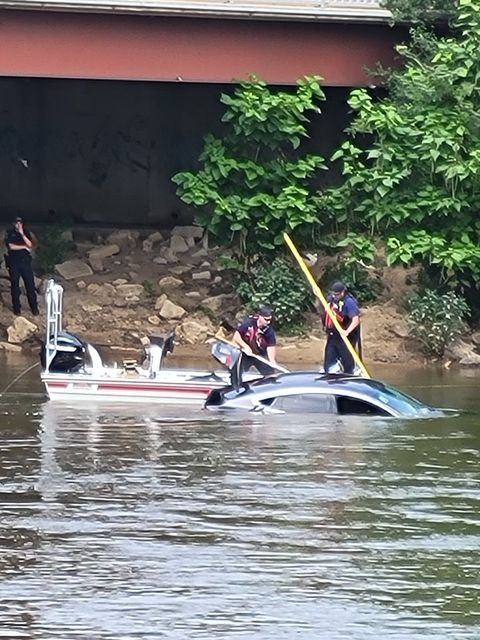 This car went into the Kankakee River south of West Station Street Thursday afternoon. Kankakee Police said witnesses saw the occupants push it in. It was secured and pulled out near Court Street and Kennedy Drive. READ MORE.

KANKAKEE — Kankakee police believe a car pushed into the Kankakee River Thursday afternoon and a report of shots fired in the vicinity are related, Kankakee Police Chief Robin Passwater said.

The incidents occurred within 15 minutes of each other, he said.

The shots fired incident occurred in the 300 block of South May Street about 2:47 p.m. and a home was hit by gunfire from a passing vehicle, Passwater said, adding that “it wasn’t a random shooting.”

There were three people in the house at the time of the shooting but no one was injured. The occupants did, however, report that the bullets nearly struck them. Officers say they found multiple bullet holes that traveled through the residence.

At 3:02 p.m. KanComm dispatched fire crews to a car in the river at Court Street and Kennedy Drive. The gray Chrysler 200 matched the description of a car seen leaving the scene on South May Street.

Police investigators were told the occupants of the car pushed it into the river south of the Station Street bridge.

“The information we were given is that the occupants were out of the car and intentionally ditched it into the river,” Passwater said.

The occupants were no longer at the scene when police arrived.

According to police, the car was reported as stolen during a home invasion in Indianapolis while the license plates were reported stolen in Chicago.

At 3:03 p.m., another car fitting the description from the shooting scene was stopped for a traffic violation on the Washington Street bridge. An officer said the vehicle was seen swerving over the center line. During a search of the car, police say, a pistol was located.

The driver told police he had recently been shot and had the gun for protection, but said he did not use the weapon. He was arrested on weapons charges. Police are continuing their investigation, including whether the arrested individual had any involvement in the South May Street shooting.