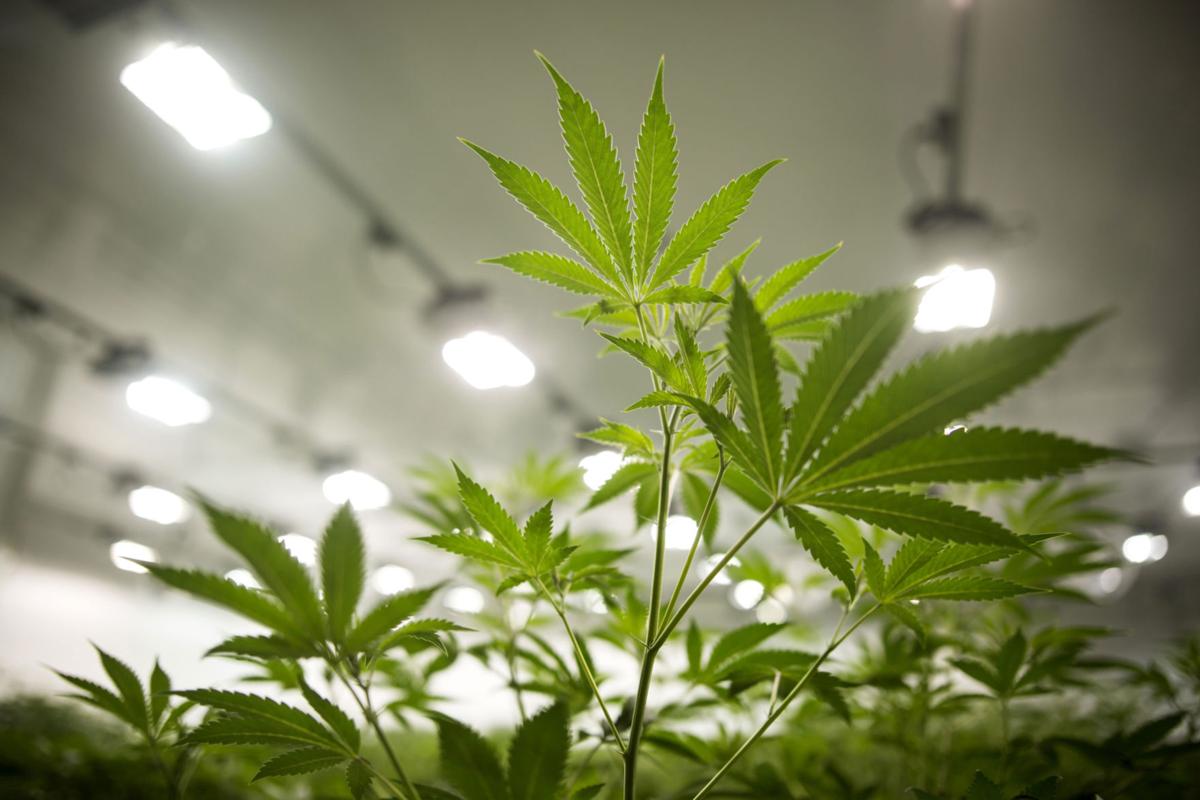 The law legalizes recreational marijuana use in Illinois will go into effect Jan. 1. 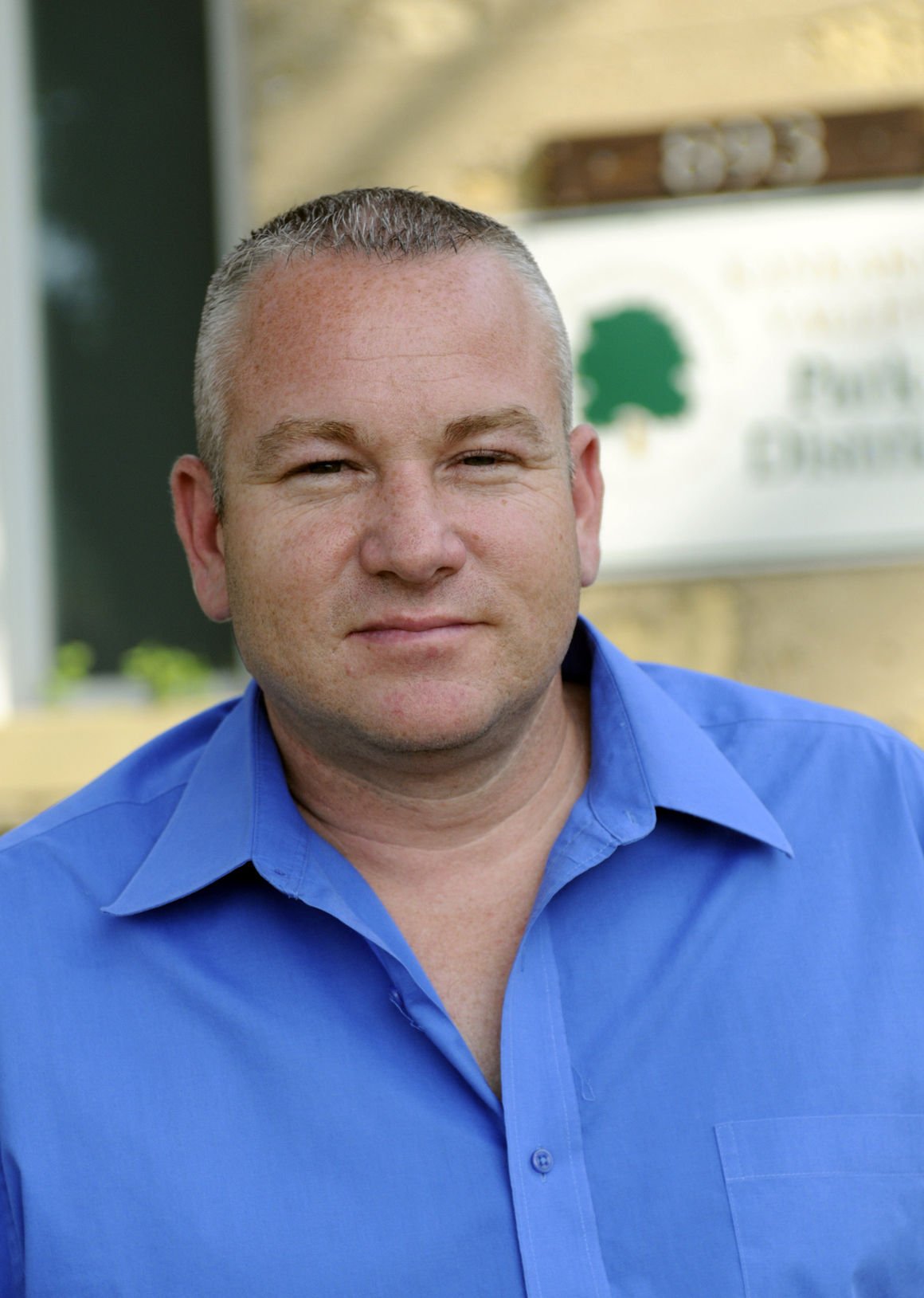 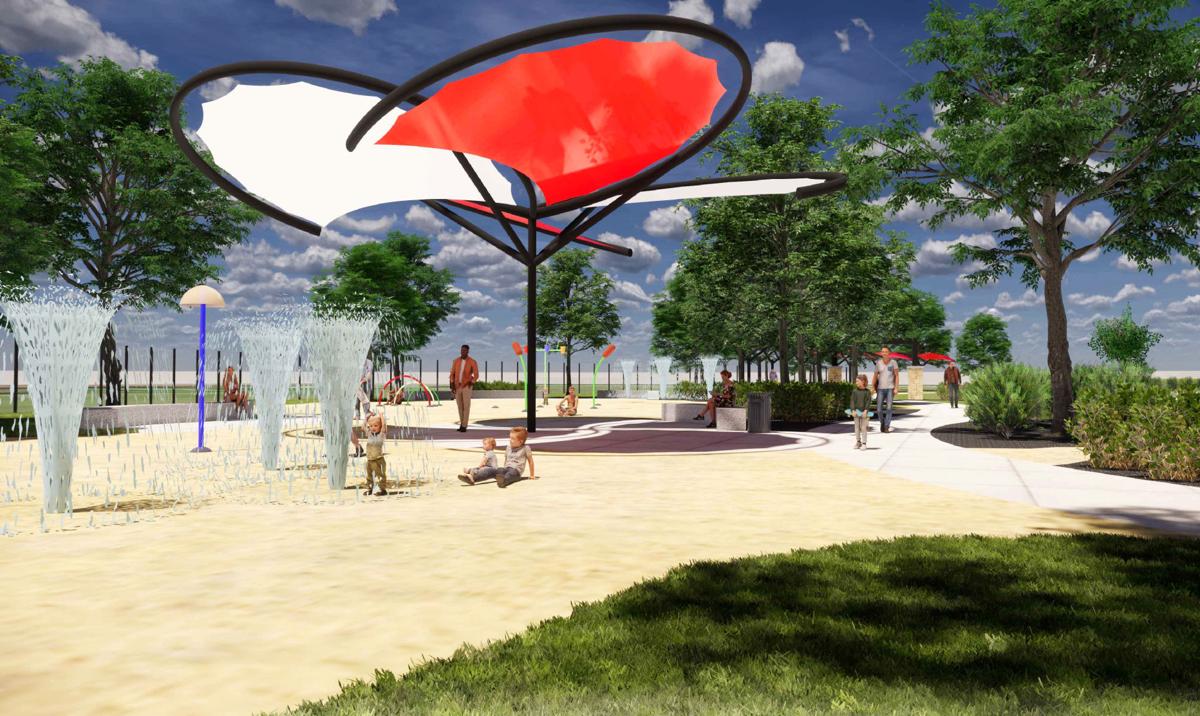 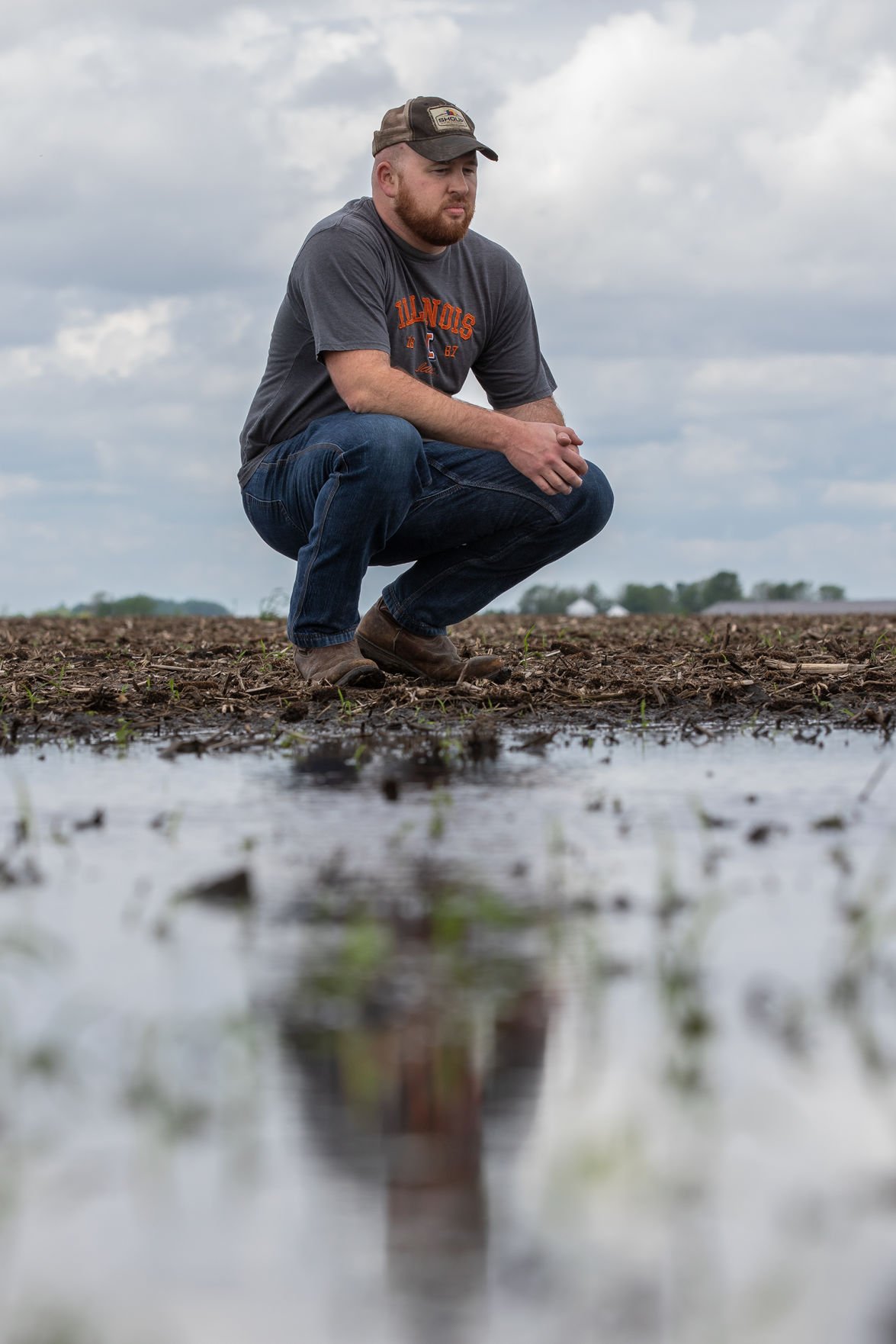 Matt Perreault assesses his flooded farm fields in late May in the Irwin area. Perreault and his father, Bret, weren’t able to seed the 700 acres of corn that they planned on due to excessive rain. 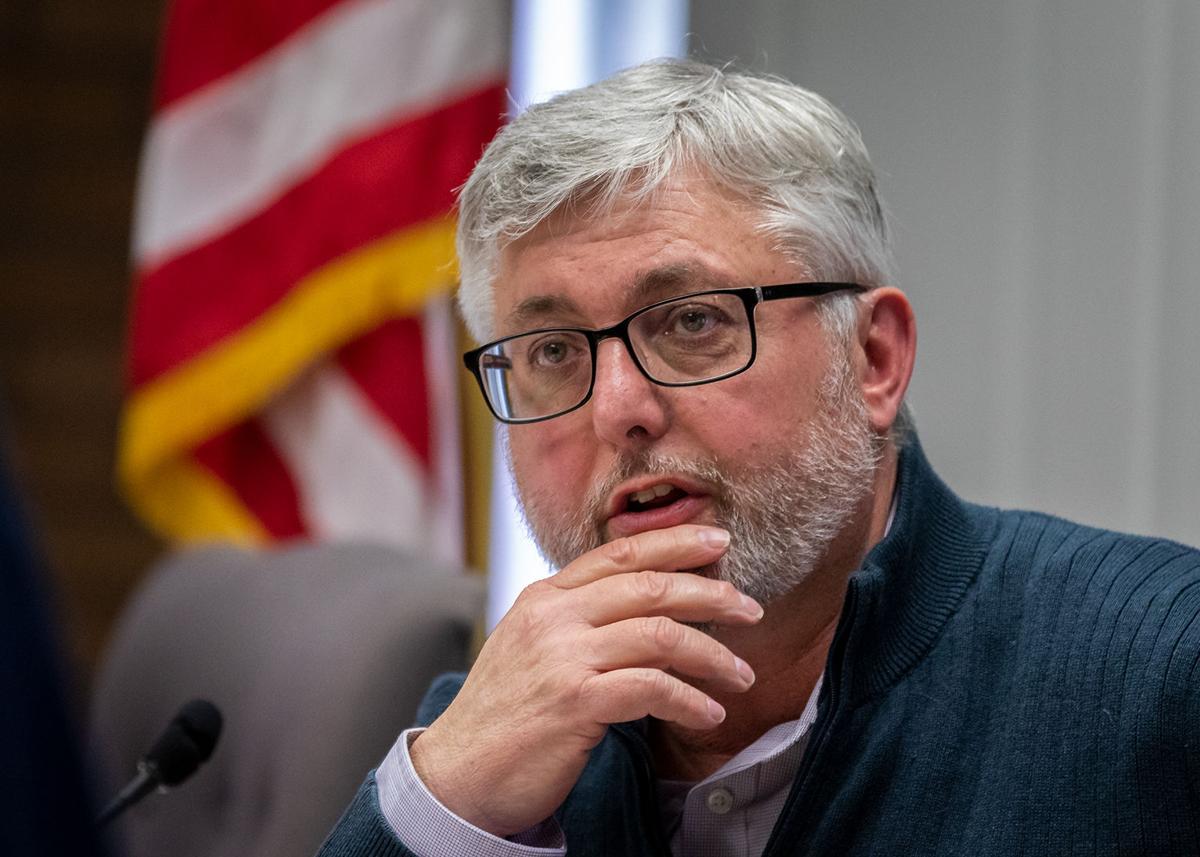 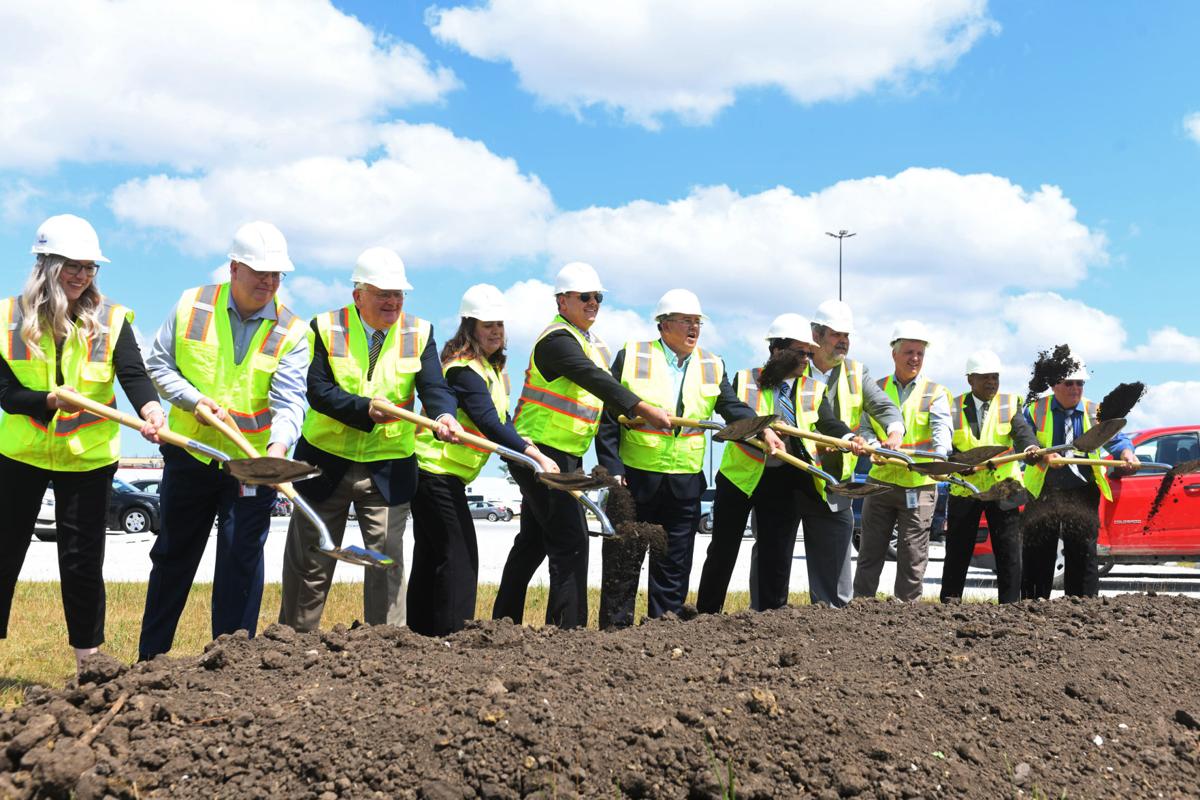 CSL Behring management and government officials participate in a ceremonial groundbreaking in July for the new employee entrance being developed along Illinois Route 50 at the Lowe’s Home Improvement intersection. The plant advocated for the added stoplight as part of the plant’s multi-billion dollar South Campus expansion. 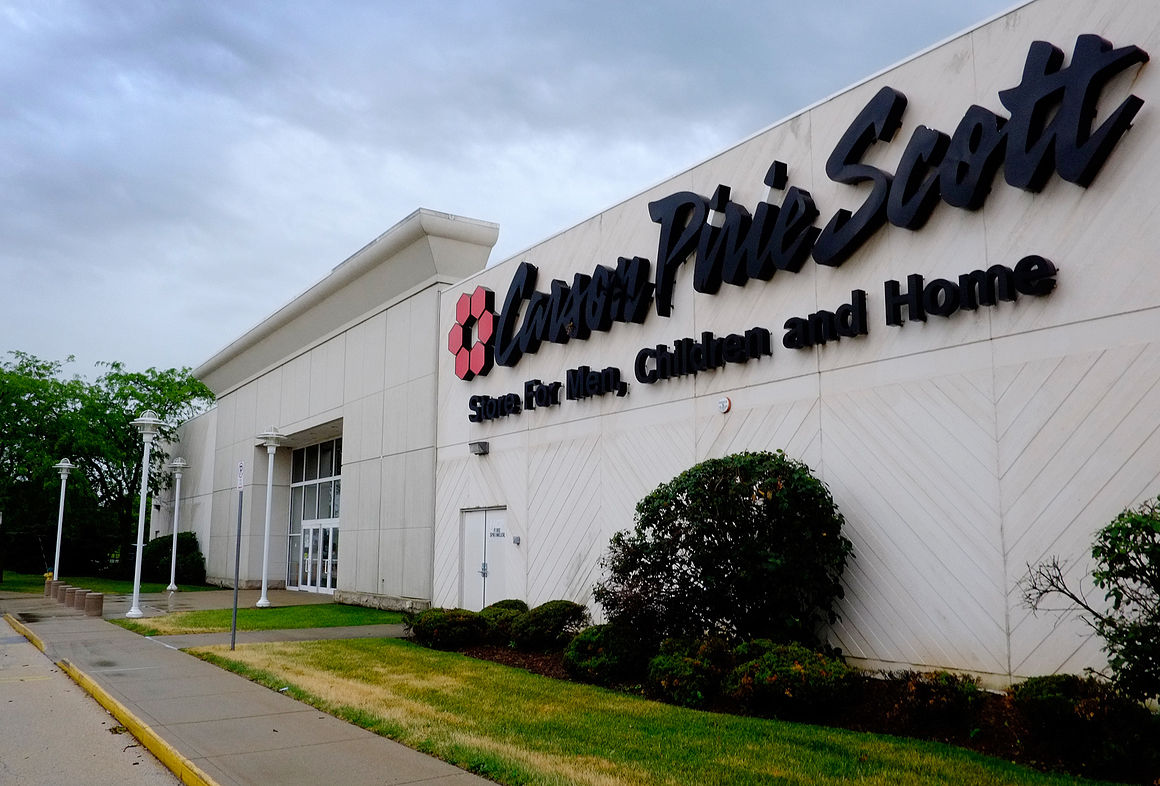 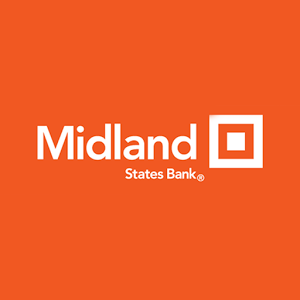 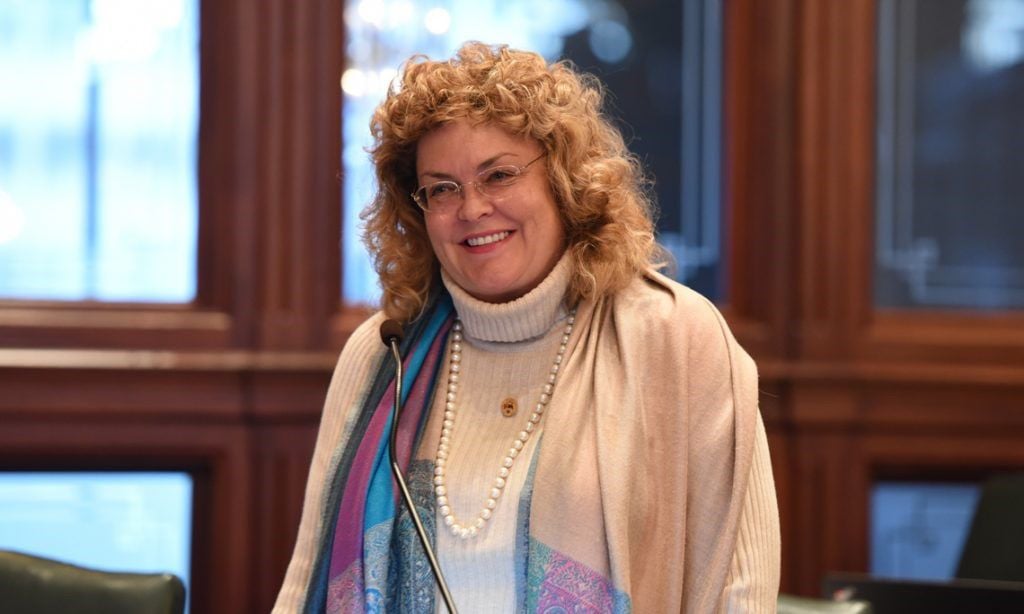 The law legalizes recreational marijuana use in Illinois will go into effect Jan. 1.

Matt Perreault assesses his flooded farm fields in late May in the Irwin area. Perreault and his father, Bret, weren’t able to seed the 700 acres of corn that they planned on due to excessive rain.

CSL Behring management and government officials participate in a ceremonial groundbreaking in July for the new employee entrance being developed along Illinois Route 50 at the Lowe’s Home Improvement intersection. The plant advocated for the added stoplight as part of the plant’s multi-billion dollar South Campus expansion.

Years of debate in Illinois regarding the legalization of recreational marijuana came to an end in late June when Gov. J.B. Pritzker signed the bill into law.

The law, which legalizes recreational marijuana use beginning Jan. 1, allows Illinois residents who are 21 and older to possess up to 30 grams of cannabis. The law, however, restricts where marijuana can be consumed.

The law allows marijuana consumption only in a private residents, meaning it cannot be consumed in public or in a federally funded residence, such as Section 8 housing.

Illinois became the 11th state to approve recreational use of marijuana. The state previously had approved the sale and use of medical marijuana.

In another move tied to recreational marijuana, Illinois State Sen. Toi Hutchinson, D-Olympia Fields, who’s 40th Senate District includes much of Kankakee County, was appointed to oversee the implementation of the marijuana program.

Locally, the communities of Kankakee and Bradley are exploring establishing locations in which recreational marijuana can be sold, in an attempt to gain sales tax money.

The state law also will expunge the records of 800,000 people with criminal records as a result of purchasing or possessing 30 grams or less of marijuana.

Former Kankakee Valley Park District Executive Director Roy Collins was sentenced to 3.5 years in federal prison after pleading guilty to mail and wire fraud charges while he was leader of the district.

He also was ordered to repay the park district and the Kankakee Valley Park Foundation $165,540.31 and Municipal Bank in Bourbonnais $31,253.21.

Collins is appealing the sentence to the U.S. Court of Appeals.

Prosecutors were able to bring federal charges for mail fraud because Collins wrote a $3,008 check to Sky Group to purchase a pond liner for his home.

The use of his park district credit card for a $234 pair of boots from Boot Country in Nashville, Tenn., gave prosecutors the ability to bring charges of wire fraud.

Collins also was accused of taking money from BBQ Fest receipts in 2014 and 2015.

3. Splash Valley to be restored, opened

Closed since the end of the 2015 summer, Splash Valley swimming pool in south Kankakee plans to make a big splash once again this coming summer.

The Kankakee Valley Park District will be investing $2 million to rehab out-of-order plumbing, mechanical and chemical systems, as well as refurbishing the three-slide water slide feature.

A ceremonial groundbreaking ceremony was held in mid-November.

In July 2018, the park board sold $2 million of government obligation bonds to rehab the park. The goal is to have the park opened by Memorial Day weekend 2020.

“I knew one day it would reopen. ... Many hard decisions were made to get to this point,” said district executive director Dayna Heitz.

Let’s just say 2019 was a year of extreme weather.

The year began with extreme cold thanks to the much-discussed polar vortex. Then springtime ushered in the farm planting season, but extreme rainfalls caused long delays and eventually led to thousands of acres in Kankakee and Iroquois counties going unplanted as wet weather prevented seeds from being placed into the soil.

The excessive rain also once again caused massive flooding along the Iroquois River in Watseka, flooding numerous houses, businesses and even a school.

5. A power shift in Bradley

Although there was not a mayoral election in Bradley this year, there certainly was a change in the political leadership of the village.

In late April, then-Mayor Bruce Adams announced he would be resigning as mayor because of health concerns. As a result of the spring election when Progressive Citizens Party trustee candidates swept Democrats out of their village board seats, Trustee Mike Watson was appointed mayor pro tem.

The blue-collar village has long been under Democratic Party control.

Watson, once the political minority board member, now has firm control of the six-person village board — of which five members are from the Progressive party.

In part related to the political change which took place in Bradley, the Kankakee County Convention & Visitors Bureau found itself embroiled in a political tug-of-war regarding its funding.

Bradley, shortly after Bruce Adams resigned as mayor, announced it would not be part of the countywide organization and as a result, pulling hotel tax money generated in the village that was destined for the KCCVB coffers.

Since the agreement already had been approved by the out-going Bradley Village Board, the matter is being argued in the Kankakee County Circuit Court.

At stake is about $400,000 of the $685,000 of annual funding the Manteno-based organization receives through local hotel taxes.

Opened in 1946 as Manteno State Bank, HomeStar merged with Bradley Bank and changed its name to HomeStar Bank & Financial Services in 1996.

However, in 2019, HomeStar exited the local banking world when it was acquired in early April by Midland States Bank, an Effingham-based bank.

Midland States now is the chief banking company in the region through the acquisition, which took effect Oct. 18.

Midland did retain two of HomeStar’s top officers when it named HomeStar vice president Mike O’Brien as a commercial relationship manager, and Pat Martin, HomeStar’s president, as its market president for its Bourbonnais, Bradley and Manteno areas.

After months of campaigning, posturing and begging, CSL Behring finally received its much-wanted Illinois Department of Transportation approval for a new stoplight at the plant’s new Illinois 50 entrance.

It took a well-crafted public relations campaign to get IDOT’s OK for the development at Route 50 at the Lowe’s Home Improvement intersection.

The new entrance will make this a four-way intersection. Currently, there is only an access point to Lowe’s, located on the east side of Route 50.

The state approval was the latest development in the multi-billion-dollar expansion taking place at the Bourbonnais Township-based pharmaceutical manufacturer.

“This is symbolic of so much more,” said Mike Deem, who was plant’s general manager at the time. “What this area will become in 10 years will be something.”

Citing its concern regarding the future of the Northfield Square mall, the village of Bradley took matters into its own hands in early December when it purchased one of its vacant anchor store locations.

The village spent $1.1 million on the 80,000-square-foot property, which was the former Carson’s men’s store. The property had been owned by Tower Bourbonnais LLC, which is based in Woodland, Calif., which had owned the property since 2015.

Bradley Mayor Pro Tem Mike Watson said the mall is simply to important to the region for the village to do nothing.

The mall opened in August 1990. In recent years, however, three anchor stores have closed — the Carson’s men’s store, the Carson’s women’s store and Sears.

Two-term Illinois State Rep. Lindsay Parkhurst, of Kankakee, announced in mid-November she would not be seeking a third two-year term in Springfield after all.

Parkhurst, instead, threw her hat in the ring to be elected as a Kankakee Circuit Court judge, filling the opening created by the retirement of Judge Mike Kick.

A Republican and attorney, Parkhurst said it had long been her goal to become a judge, and this position was too great to pass up.

“I’ve enjoyed my state rep position, but having the opportunity for a circuit judge position was too great. This would be my dream job,” she said.

Van Drunen Farms buys Manteno location: In October, Van Drunen Land Holdings purchased the former Manteno Cold Storage building and the 8-acre lot in Manteno for $6.5 million. The location is expected to be ready for use in early 2020.

KRMA issues: A lengthy list of issues surfaces at the Kankakee River Metropolitan Agency, the body which oversees the waste treatment plant in Kankakee, throughout the year. Chief among those issues are battles over the cost and ownership of computer software and board member pay.

Kankakee firefighter suit: Kankakee Fire Lt. Michelle Giese sues the city after being physically assaulted by another firefighter while responding to a high-rise fire in October 2018.