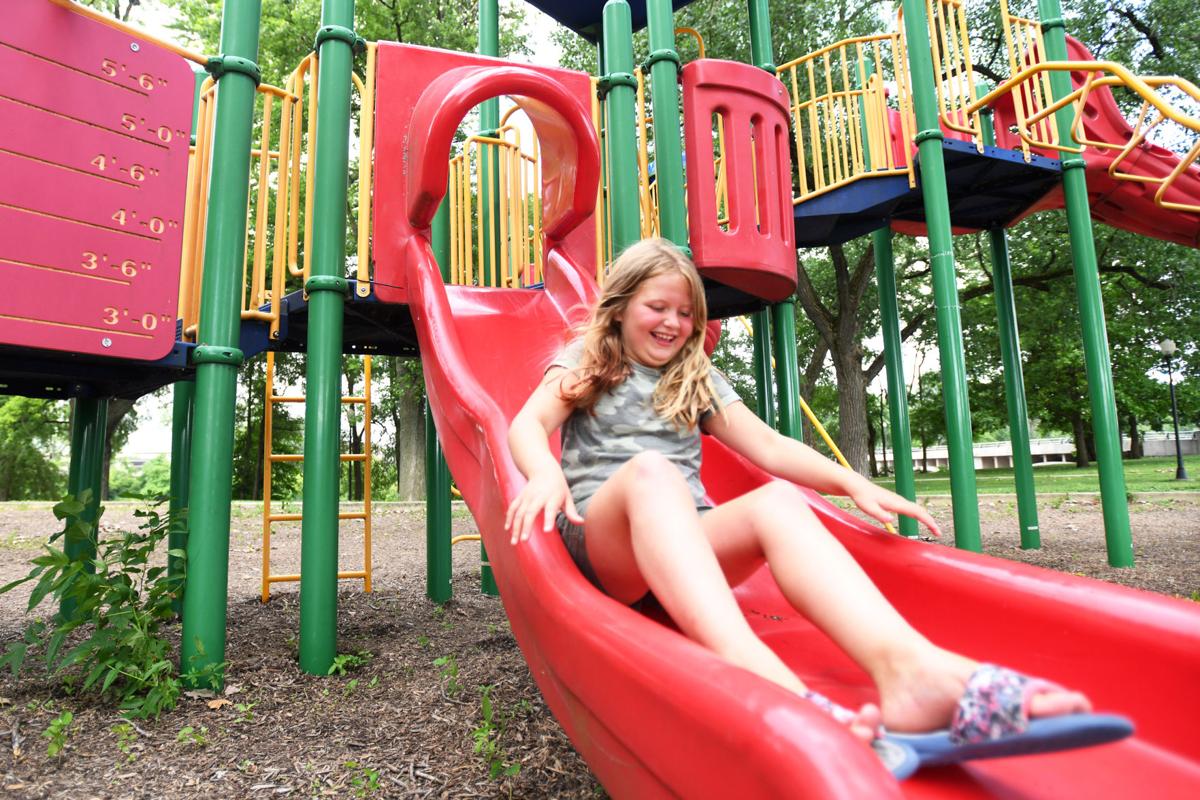 Miranda Phillips, 8, of Bourbonnais, slides down a slide at Bird Park in Kankakee on Monday following the opening of playgrounds as part of Phase 4 of the Reopen Illinois plan. 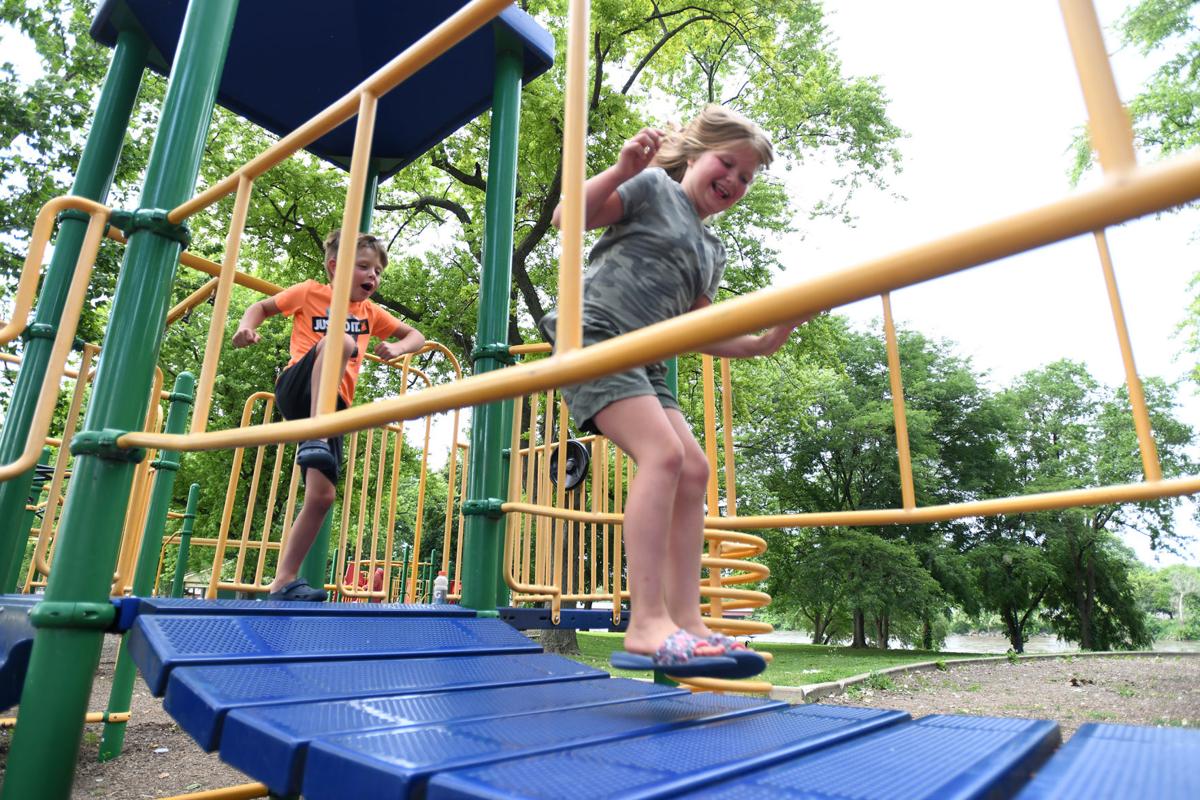 Miranda Phillips, 8, and her brother Owen, 6, let, both of Bourbonnais, run across the playground bridge at Bird Park in Kankakee on Monday.

Miranda Phillips, 8, of Bourbonnais, slides down a slide at Bird Park in Kankakee on Monday following the opening of playgrounds as part of Phase 4 of the Reopen Illinois plan.

Miranda Phillips, 8, and her brother Owen, 6, let, both of Bourbonnais, run across the playground bridge at Bird Park in Kankakee on Monday.

For those who have been patiently waiting for area playgrounds to reopen, the time has arrived.

Both Bourbonnais Township Park District and the Kankakee Valley Park District announced that their playgrounds are reopened after being closed for more than three months.

BTPD made it official, posting on its Facebook page on Friday that the playgrounds were open.

“Please remember no more than 50 allowed at a time!” the post read.

Hollice Clark, BTPD executive director said that some facilities will remain shut down.

“Our splash pad will not open,” Clark said. “The Exploration Station is closed because it’s a hands-on museum. They’re not allowing people in it because of the hands-on type of museums can’t open yet.”

In addition, Clark added that Diamond Point Park will open for softball on July 6.

KVPD has several parks that have playgrounds, including Alpiner Park, Beckman Park, Cobb Park, McBroom Park and Legion Park among others.

KVPD is also opening up all of its pavilions for rental as well.

“We were keeping it extremely small, and now we can go to the 50 [people or less],” Heitz said. “There can be groups of 50 as long as they’re social distancing.

There will be buildings available for rental in Bird Park, Goselin Park and Jeffers Park.

“Jeffers only has a 35 or 38 capacity. We’ll be keeping it at that obviously,” she said.

The KVPD would usually be readying the Ice Valley Centre Ice Arena to open, but the board said at its June 22 meeting that it was holding off plans for now.

The Amateur Hockey Association Illinois and Northern Illinois Hockey League, the governing bodies for youth hockey in Illinois, have not announced yet if leagues will be able to play this fall. Ice Valley relies on revenue from youth and high school hockey clubs.

Heitz discussed concerns about the arena’s continued closure as it also offers recreation to the public.

“We do service the community with events, figure skating, open skates,” she said. “I know it’s not enough to pay for the electric bill, but are we taking away another piece of recreation?”

“Absolutely,” said board member Dave Skelly, “but justifiably so.”

With the facility limited to have fewer than 50 people at a time, the administration costs would be greater than the amount of fees the rink could potentially receive.

“If you can’t do a pool, there’s no way you can do ice for hockey,” Skelly said. “I’d love to have recreation, too, but we’d be absolutely crazy to open the ice rink just to say, ‘Hey, one more thing we’ve got open.’ … I’d love to have a lot of things open, but we have to justify everything we do. It doesn’t make sense.”

The board decided to hold off on opening the ice arena until more is known about Pritzker’s plan and whether there will be hockey this year.

“You can’t do it without having people come and pay for it. ... It’s about money,” Mullady said.

• Playgrounds, with limits of 50 people

• All pavilions are available for rental

• Playgrounds, with limits of 50 people

• Diamond Point Park will open for softball on July 6