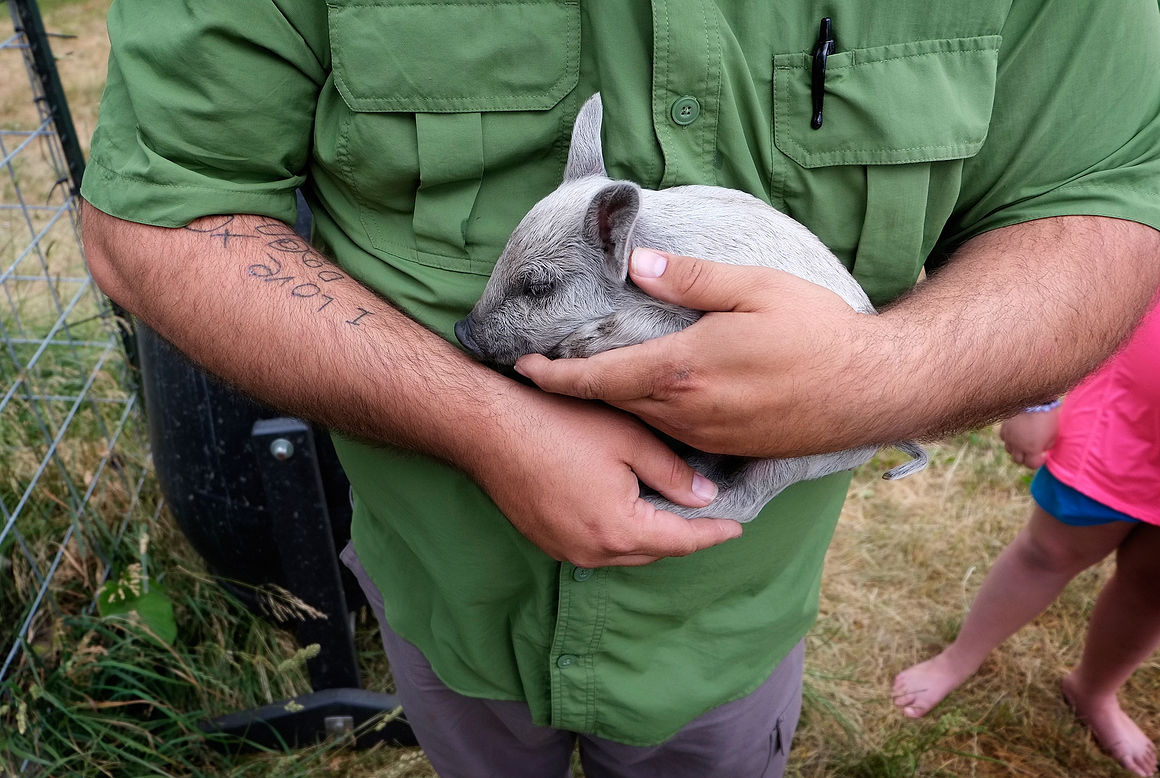 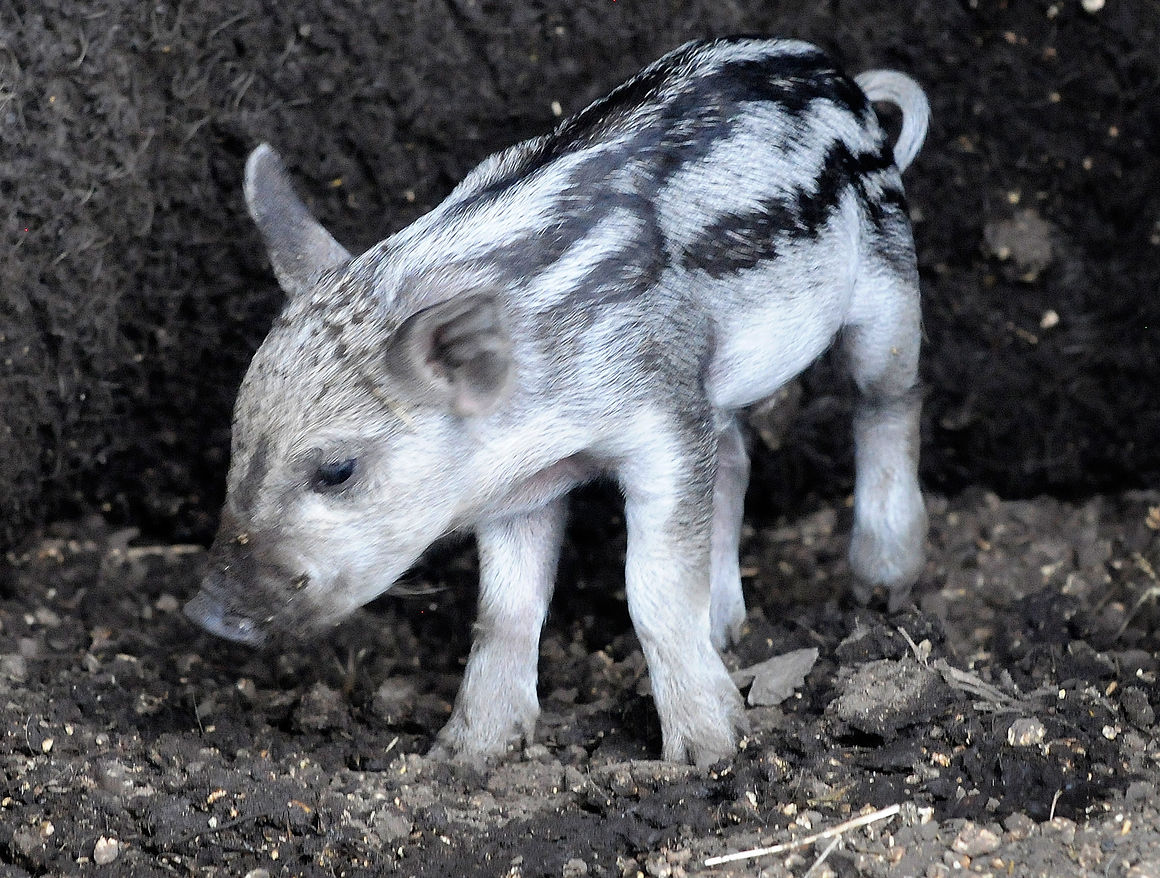 One of the Mangalitsa piglets at 3 Winds Farm in Manteno. 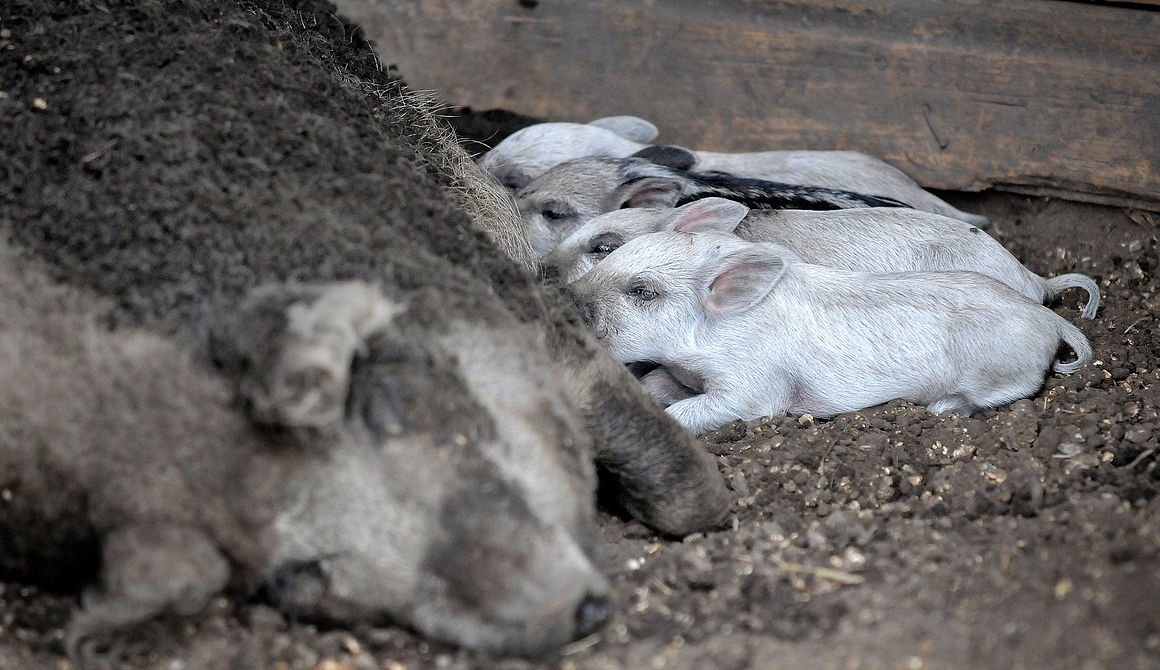 Four of the 8 Mangalitsa piglets enjoy a meal at 3 Winds Farm in Manteno.

Four of the 8 Mangalitsa piglets enjoy a meal at 3 Winds Farm in Manteno.

Owners and operators Nicoele Arseneau and Bill Belluso are raising Mangalitsa (or Mangalica) pigs, a rare Hungarian breed brought back from near-extinction in the 1970s and now thriving on the two-acre Manteno farm.

With the recent birth of two litters, the couple now has five adult pigs and eight babies. After working with local restaurants to determine the best ways to prepare the meat, Arseneau and Belluso will debut the new pork at a farm to table dinner event in Elburn on July 15.

"It's like heaven," said Belluso of Mangalitsa, often referred to as the Kobe beef of pork. "Seriously, it's really indescribable. … It's smooth and woody and nutty."

The secret is the fat, a throwback to the days before pigs were bred to be "the other white meat."

"In the '40s and '50s, everyone kept saying fat was bad for you and oil was bad for you. In reality, you can render the lard down and make a spread, which is better for you and tastes better than butter," said Belluso. Mangalitsa enthusiasts tout it as a source of unsaturated fats and "good cholesterol," which doctors say helps prevent heart disease.

The pigs are an important part of the 3 Winds philosophy, which emphasizes natural food and a more holistic approach to health. They're raised to maturity on a farm without pesticides, fed a varied diet and allowed to freely roam their area.

"We just let them be. They get plenty of feed, and they can eat when they want. They have no confines," said Belluso.

Belluso and Arseneau think the farm to table movement can benefit the area financially and educationally. To that end, they hope to sell the meat to local restaurants, where chefs can experiment with the expensive pork.

"We'd like to keep it local," Arseneau said. "We want to keep the money in our community if we can, support other places and have them support us."

Next on the agenda for 3 Winds is more outreach at farmers markets, more farm to table dinners and possibly a series of cooking classes. With organic and local food becoming more popular every day, the couple wants to make connections that last long after foodie culture fades from the spotlight.

"We have friends who are farmers and a lot of them are afraid it's going to be a trend, and they don't want it to go in that direction, so everyone is making a push, especially on social media, to educate and show people what we do and why we do it," Arseneau said.

Once, there were fewer than 200 Mangalitsa sows in their home country of Hungary. Now, they're making a comeback across that world on small farms.

"The fact that we raise [the animals] humanely and do it all naturally is as important as someone seeing an 'organic' stamp on something," Belluso said.

"I've told customers, especially if they're interested in the Mangalitsa, to come out and see how they're raised, how we do things."