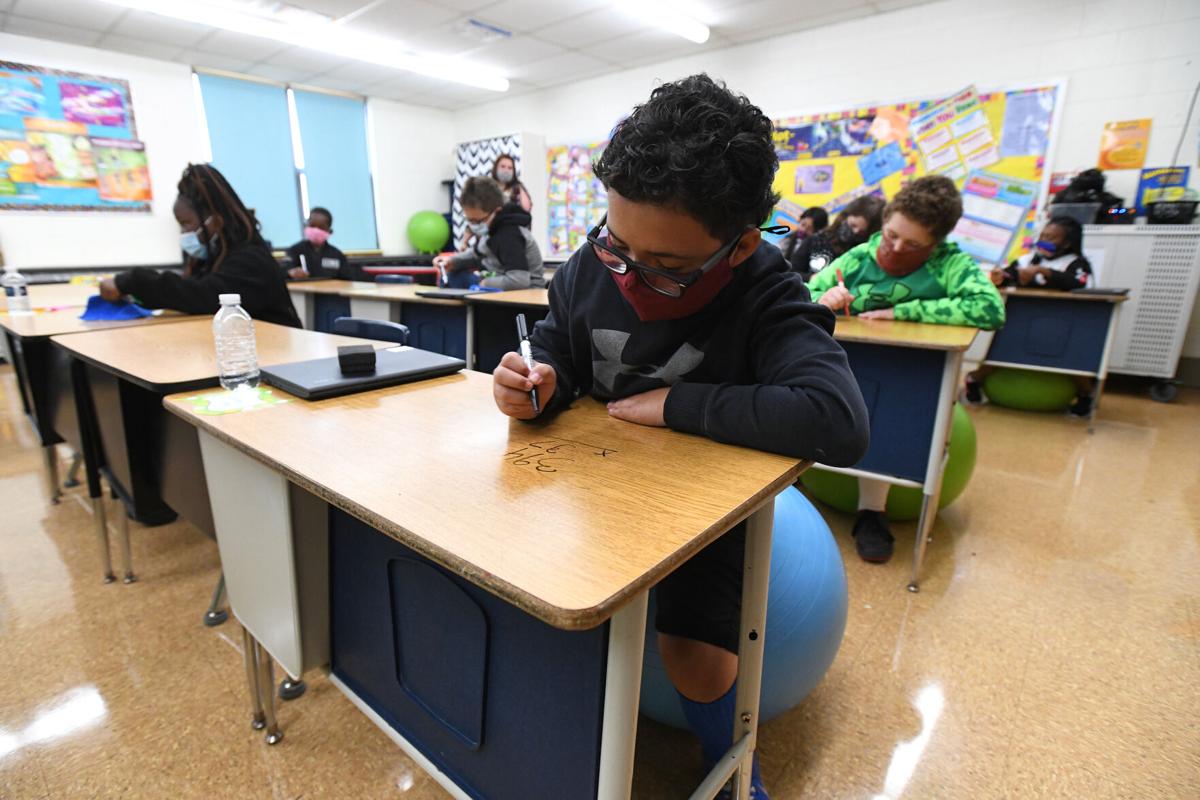 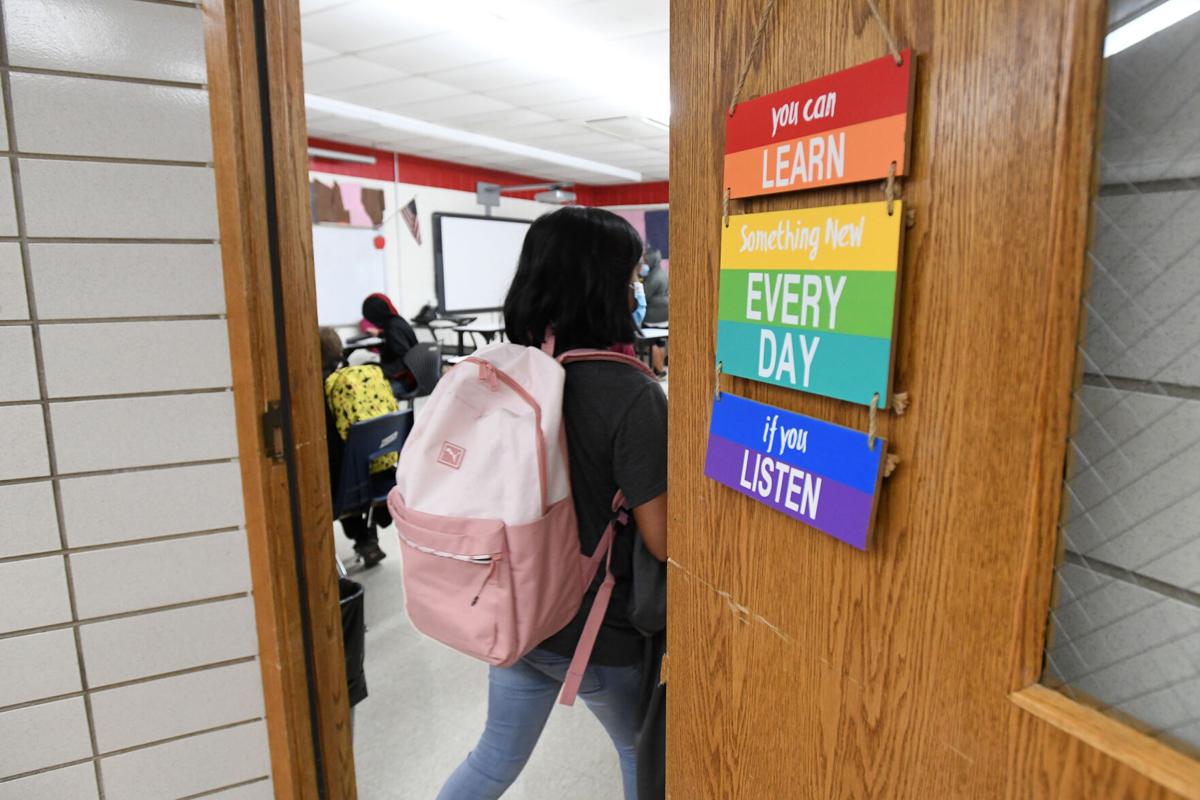 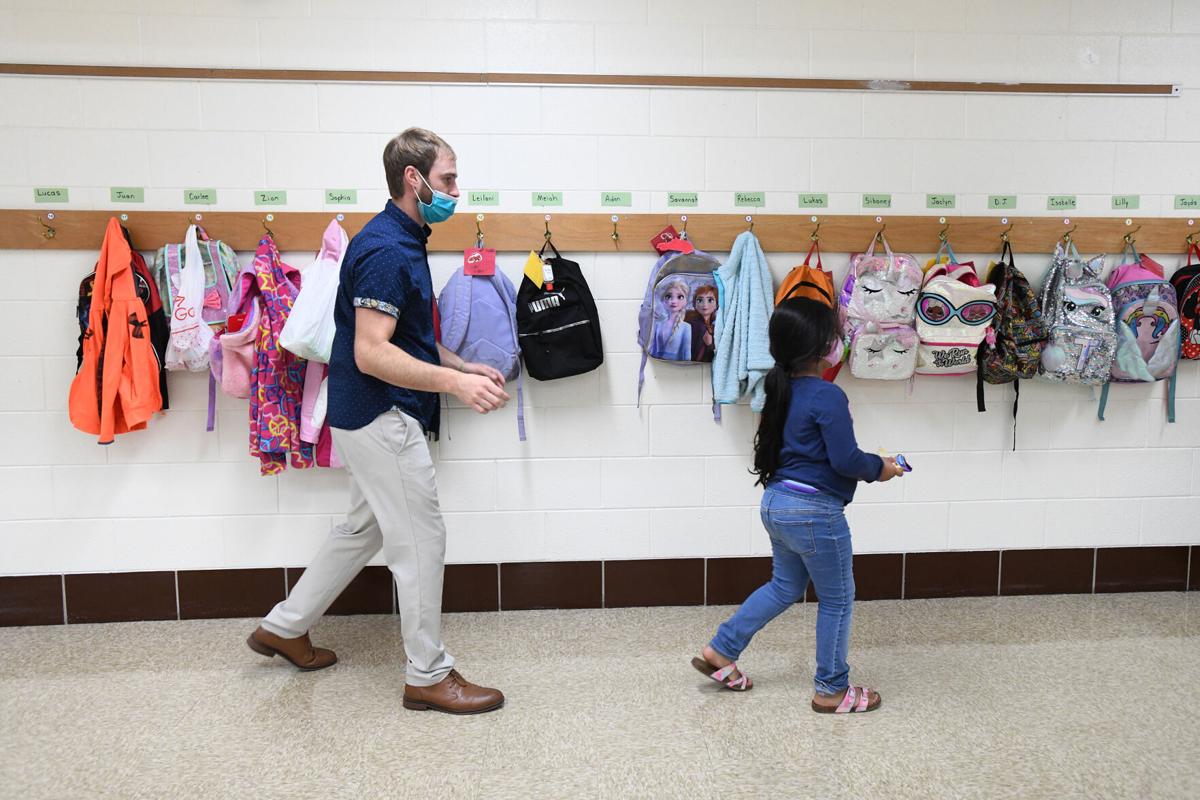 Kindergarten teacher Joseph Baud escorts a student back to class after retrieving her snack at Momence’s JeNeir Elementary School last week. The district saw 165 students enroll for the six-week program. 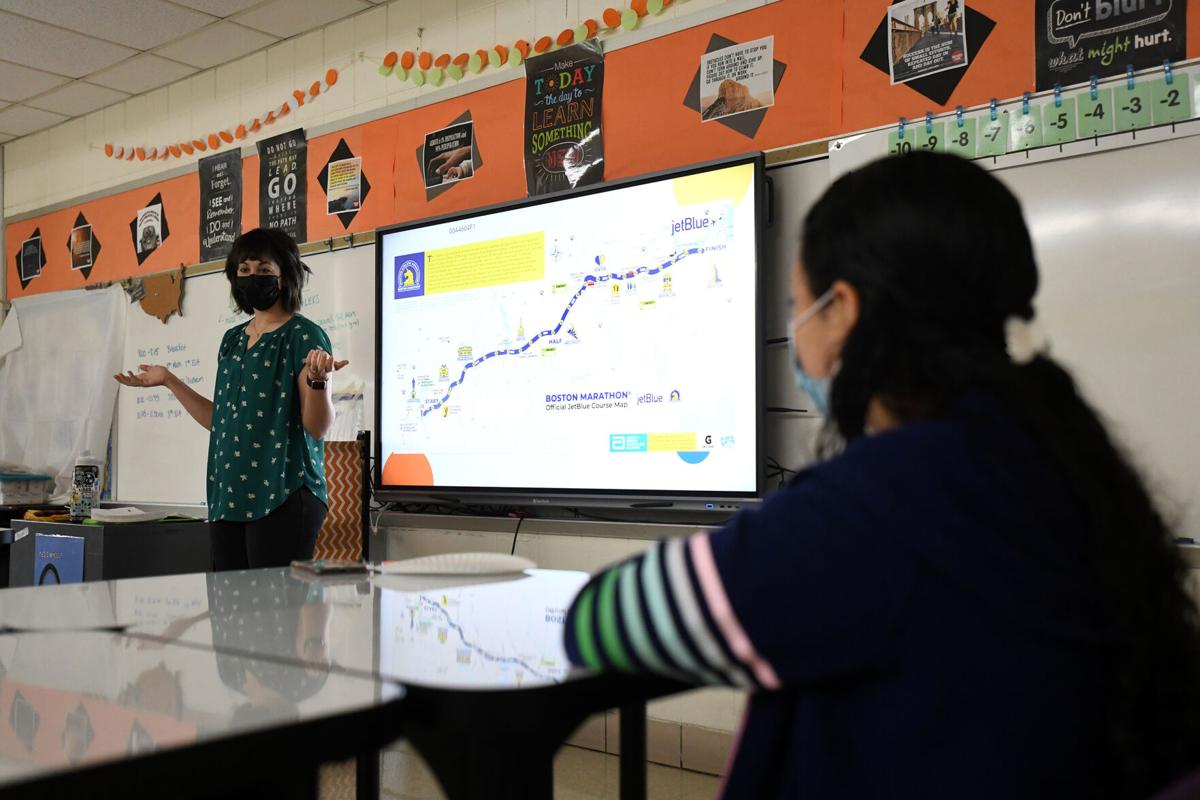 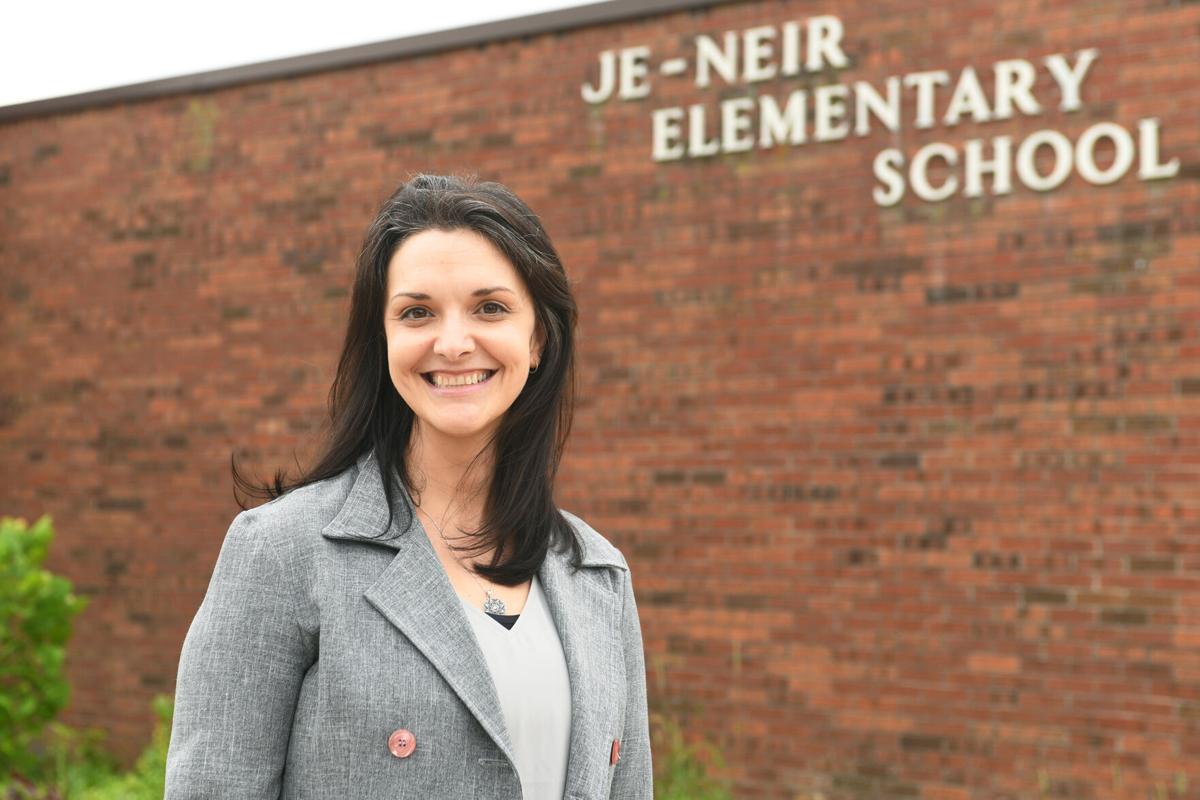 Kindergarten teacher Joseph Baud escorts a student back to class after retrieving her snack at Momence’s JeNeir Elementary School last week. The district saw 165 students enroll for the six-week program.

Summer is now in full swing, and that means so is summer school. The main differences this year?

Following a year marred by the COVID-19 pandemic, more students are enrolling in summer school, and schools have more funding to run their programs.

Lynette Thrasher, Momence School District’s coordinator of MTSS, Grants, Title IX and Section 504, said 165 students were expected, and about 152 attended the first day. She anticipates attendance will climb to the expected number as the program continues and more students hop on board.

“The kids are all coming with smiles on their faces,” she said. “It’s good to see them back in the building.”

In particular, more high school students have signed up for the district’s credit recovery program than usual, she said.

“We have high hopes that it will help them get back on track for graduation,” Thrasher said.

Some high school students were even calling and asking to sign themselves up for credit recovery in the days leading up to the program, she said.

At the elementary and junior high level, summer school is focused on building and mastering skills, including reading, math and science.

The program is getting a boost this year from federal COVID-19 relief funds, or ESSER (Elementary and Secondary School Emergency Relief).

Thrasher said the district is using about 20 percent of the first round of ESSER funds for this year’s summer school program, but it’s also pulling funds from a variety of other grants, including the Title and an After School Program grants.

“When ESSER is gone, we still want to be able to fund the program,” she said. “We want to keep the [funding] stream alive, and we have more funds earmarked from ESSER II for next year.”

In Bourbonnais Elementary School District, the summer school program is seeing increased enrollment this year as well. Summer school started shortly after the school year ended and continues until July 2.

“Coming off of this year, it was really important for us to be able to have summer school up and running and going for all of our students,” Superintendent Adam Ehrman said. “We’ve had really good attendance thus far, which is telling us that obviously parents want summer school.”

Assistant Superintendent James Duggan said the district typically has summer school for kindergarten through second grades. This year, it added third grade to the program because the need was there, he said.

“We hadn’t done through third grade in the past, but we really made a collective decision that we needed to provide more for kids to come in and account for the lack of instruction [due to COVID] during the school year,” Duggan said.

Duggan said that typically, the district would have a hard time filling 20 spots per grade level, and this year there are more than 30 in some grade levels. In third grade, which typically doesn’t have summer school, there are 20 students.

An additional kindergarten teacher was hired using ESSER funds because of the high attendance, he added.

As he continues to grow into a role as a community leader, Jonathan Ward's second annual Community Outreach Camp and Weekend also showed growth, expanding into a three-day event this year.

Going to school in the summer might not sound like fun, but the faces of kids at Camp Invention said otherwise.

On Aug. 20, 2008, the Daily Journal followed the Bales triplets off the school bus and into the classroom on their first day of kindergarten, documenting the adorable 5-year-olds as they began their journey in the Momence school system.