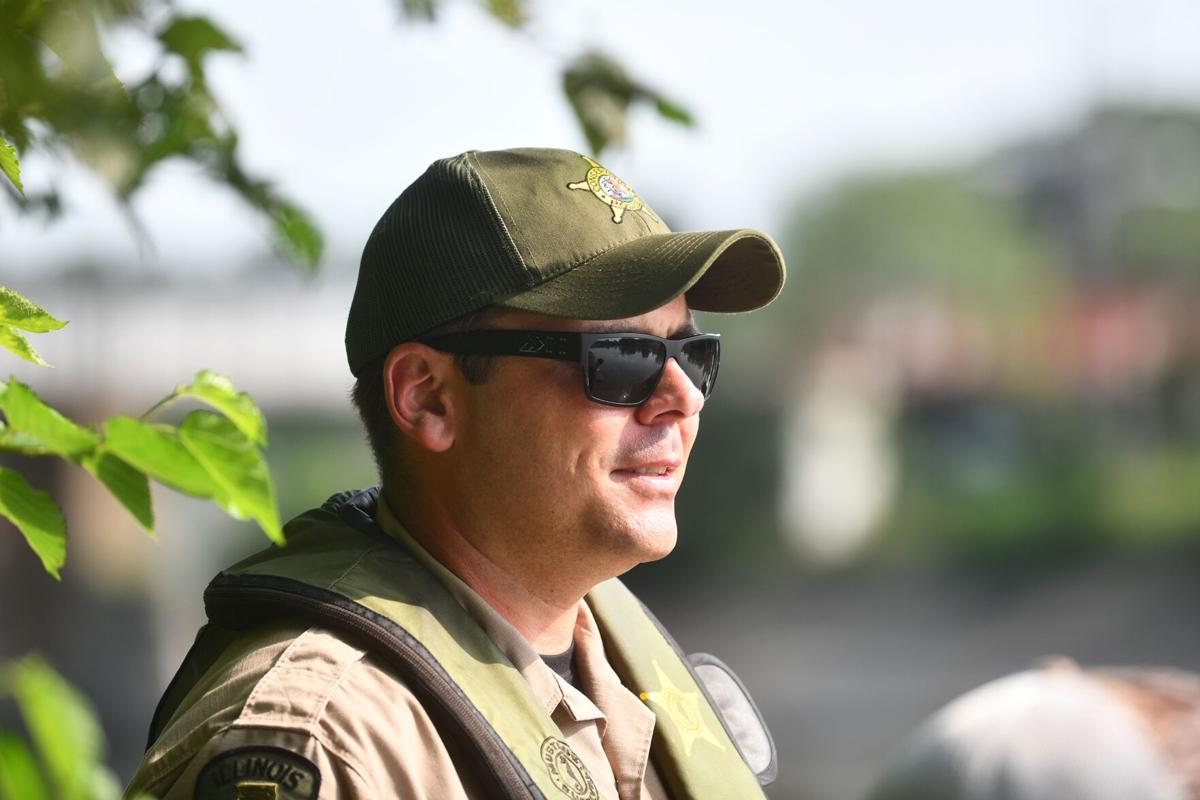 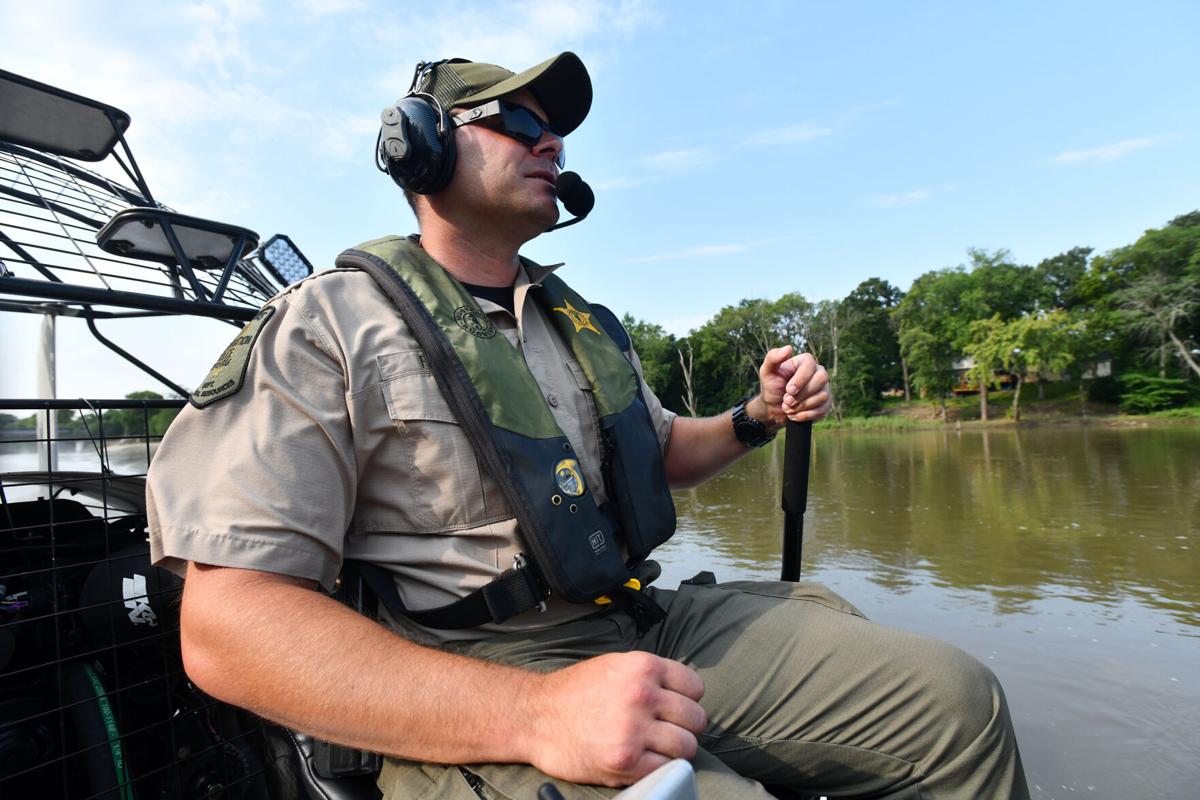 ST. ANNE — On a recent weekday morning, John Farber sat at a table in Twisted Sister’s Cafe with four retirees.

They shot the breeze about the day’s weather, how this year’s corn and soybean crops looked, farming and other events going on in and around St. Anne.

Two men who work on roads in a nearby township discussed decreasing the miles of gravel roads left in their township.

Farber talked about their work and another township highway commissioner who did good things.

The conversations are key to Farber’s job as an Illinois Conservation Police Officer.

“That is important. One thing about this job is that we have to get to know people,” Farber said. “There are a lot of great people who support law enforcement and they want to protect their (natural) resources.

“You’ve got to take time to go into the coffee shops, gas stations and talk. Drink a cup of coffee and listen to what is going on.”

Farber, a St. Anne resident, was recently honored as the Illinois Conservation Police Officer of the Year for the state.

He was nominated by his supervisor, Sgt. Dave Wollgast.

Wollgast said every year Farber does more and more to exemplify what a conservation officer is and does.

“He takes the time to talk with people,” Wollgast said. “He has a good understanding of the people.”

“You can do this job on your own, but you won’t meet your maximum potential. It’s the key to succeeding,” Farber explained. “The job takes teamwork. That starts with my wife (Kelli) and children (Ruby and Hank), my fellow officer Brian Elliot, local law agencies, sheriff’s departments, state police, state’s attorney, state park staff, road commissioners, local governments and citizens.”

Farber added his parents — Jack and Sharon Farber — were good parents who “raised me and my brother (Sam) the right way.”

Elliot is a Herscher High School graduate, who has teamed with Farber for the past two years.

Farber and Elliot each received “Award of Merit” for their effort in a 2020 boating accident on the Kankakee River that claimed the lives of two men.

“I grew up in Kankakee County, and working with John, it is like he lived here all of his life. He really knows the people and the area,” Elliot said.

Farber has been a conservation officer in Kankakee and Iroquois counties since the summer of 2017. He joined the agency in September 2013.

Farber is a U.S. Marine veteran who grew up in Morris.

Along with the honor came being named the “Conservation Officer of the Year” from the Association of Midwest Fish and Game Law Enforcement Officers.

The organization is made up of 23 states and Canadian provinces.

“That was quite the surprise,” Farber said. “The whole thing was a humbling experience.”

Farber said one of his field training officers — Steve Vasicek, of Union County — “paved the way to how he works his job.”

Vasicek received the “Conservation Officer of the Year” honor in 2015.

“She guided me in the right direction,” Farber said.

Farber said it’s not about awards, but it’s about doing the job for the people.

“I’m very happy for him. He does what is right and fair.”